I like to think of her work like this:  She took the traditional, stiff portrait of the past, and breathed some life, movement, and color into it.  I especially love this one below – the background has no form and is essentially pure paint strokes.  I adore Cecelia’s use of pure white and that vibrant plum/violet/purple shade in the dress!  There’s also this playfully inquisitive look in the eyes.  It takes real talent to convey this kind of youth and expression, simply with a loose arrangement of blotches of color.

I love this one, After the Meeting, because of the patterns.  More attention was given to the floral yellow chair and the bold striped dress than to the woman.  Even though a person is depicted here, it’s not really a portrait.  Have you ever seen people today pair a floral skirt with a striped top?  Yeah – it was even a great pairing 100 years ago…

In many (but not all) of her paintings, there are additions of bright, florescent colour, almost like little electric shocks.  Sometimes, the edges of things hum with energy.  You can really see this in Dorthea in the Woods, pictured below.  The blips of ultramarine/blue/purple at first seem out of place or unnaturalistic, but the more I look at it, the more I like it.

These last two don’t have the saturated, colorful highlights, but I do think they capture the spirit and attitude of the women perfectly.

Cecilia Beaux had one of the most successful careers as a (woman) artist, and she was extremely well-respected by the art world as a whole.  So many of her paintings were shown in the top exhibitions of Europe, a success that few women achieved at the time, unfortunately.  At least in the late 1800s, it was a common view that women could certainly make beautiful art, but it could never be as grand or majestic as the art created by men.  She even became the first woman to teach full time at the Pennsylvania Academy of the Fine Arts.  She was a professional artist through and through, and people respected her for it.

You can find lots of information about Cecilia Beaux online, and there’s even a collection of diaries, letters, drawings, and documents called the Cecilia Beaux Papers that you can still read today, although the direct scans of her handwriting are quite difficult to decipher – I recommend taking a look at the photographs on that website!   There’s also a nice list of her paintings here. 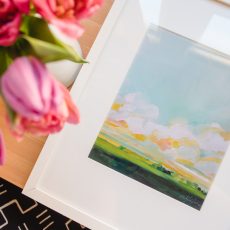 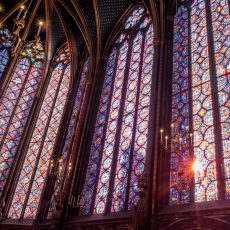 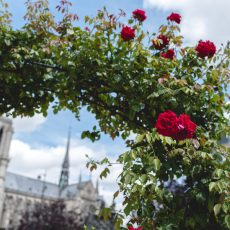