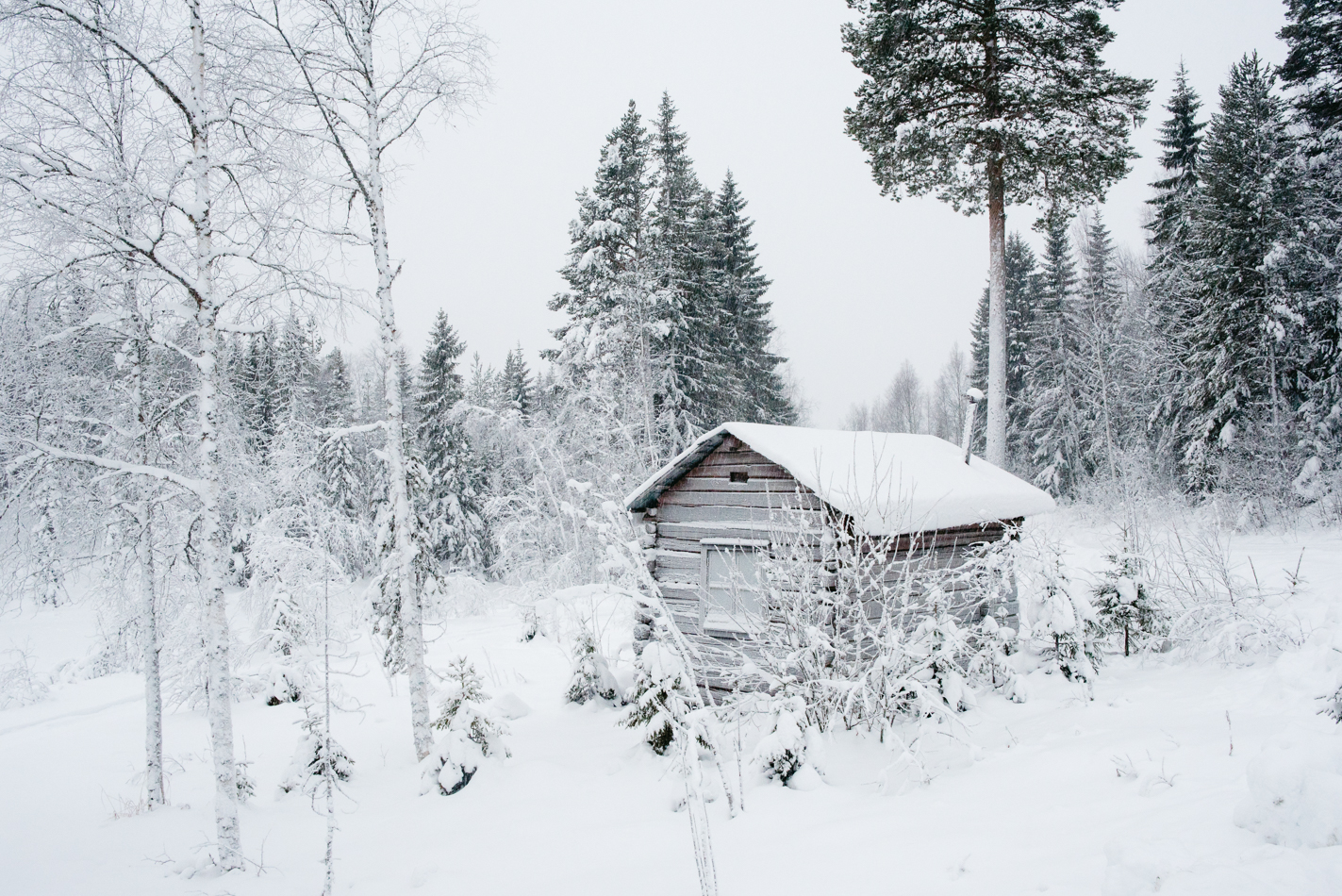 Pardon me for the next few paragraphs as I channel the great Lorelai Gilmore and gush about how wonderful and magical snow is. Did you know that snow actually sparkles in the sunlight?! It honestly looks like it has glitter in it.

I can’t get over how much it transforms a landscape so completely. The entire world becomes a bright, light-filled, monochromatic wonderland, and a peaceful silence pervades the atmosphere. All sounds are slightly dampened, while the dry crunching sound from your boots in the snow is oddly amplified. 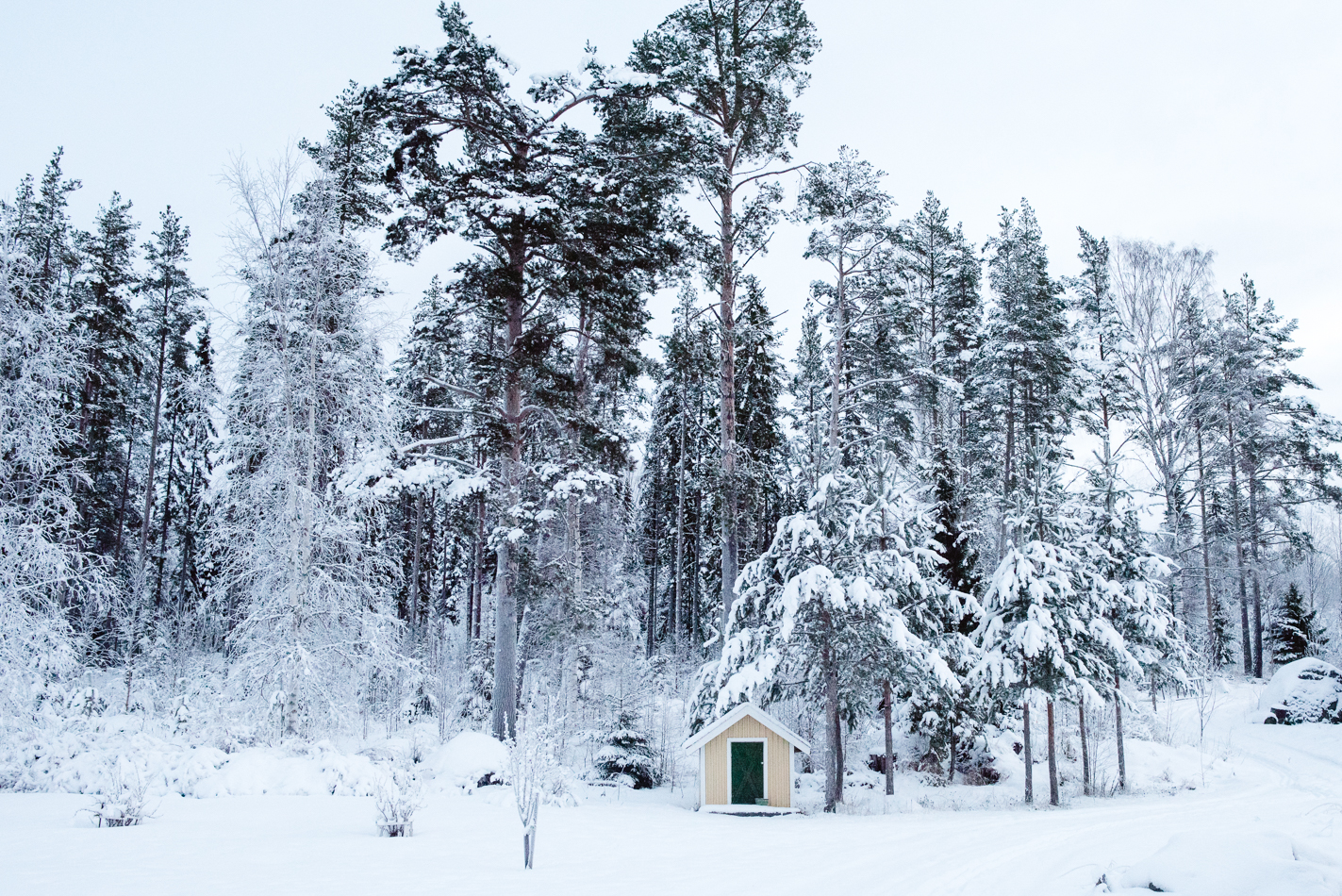 I’ve visited Sweden in the winter before, but this time the snow really put on a show. It was so light and powdery and I loved the way the snow clinging to the bare birch tree branches looked like delicate lace or veins in the sky. 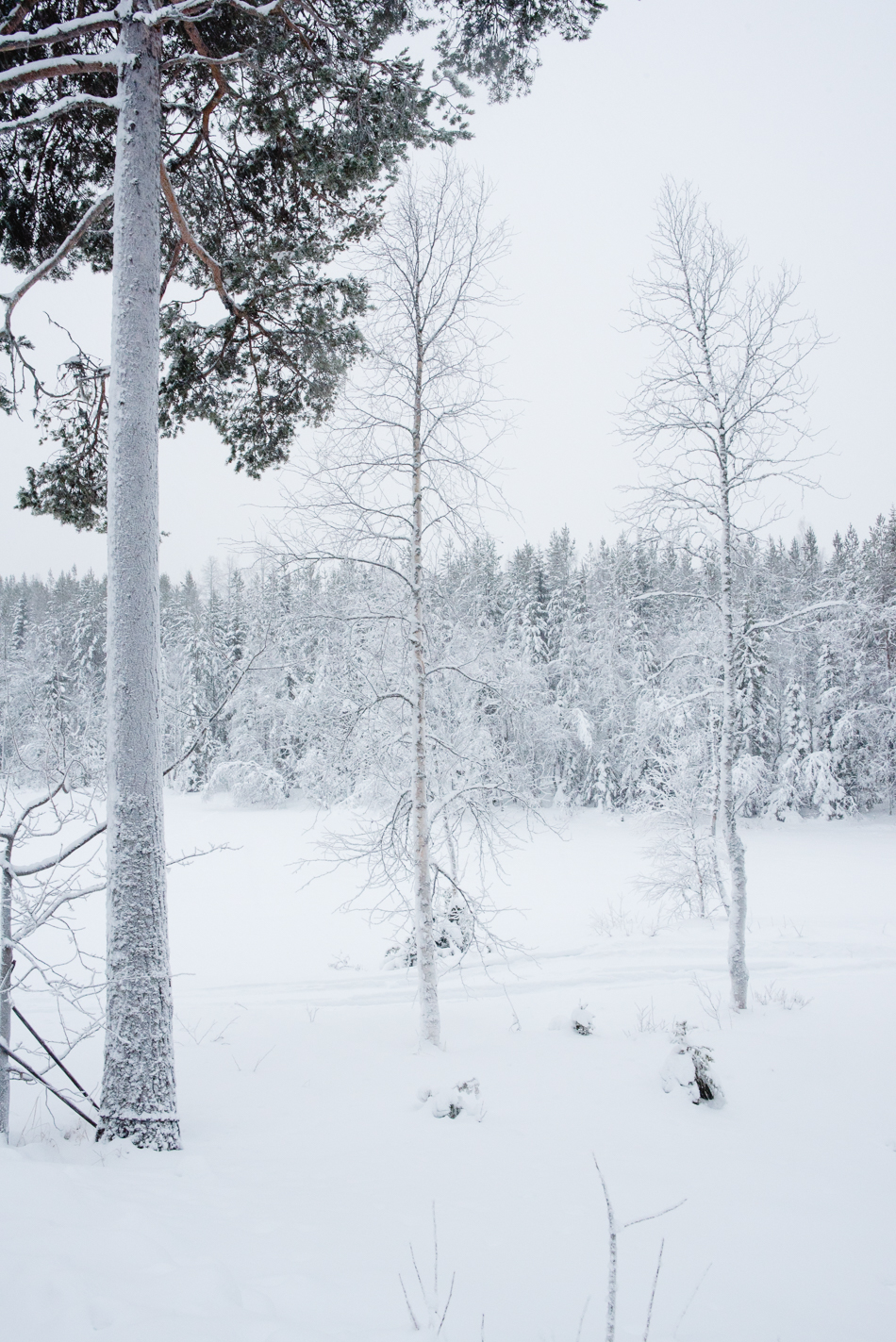 During this trip, we did something really special that sounds insane: we had a snow-picnic.

But honestly, as long as you have the right clothes and enough layers, you don’t even get cold hanging outside in the snow. We drank hot coco from a thermos, roasted hot dogs over a little fire, and the family dogs chased each other happily over the frozen lake (yes I walked on a frozen lake!). 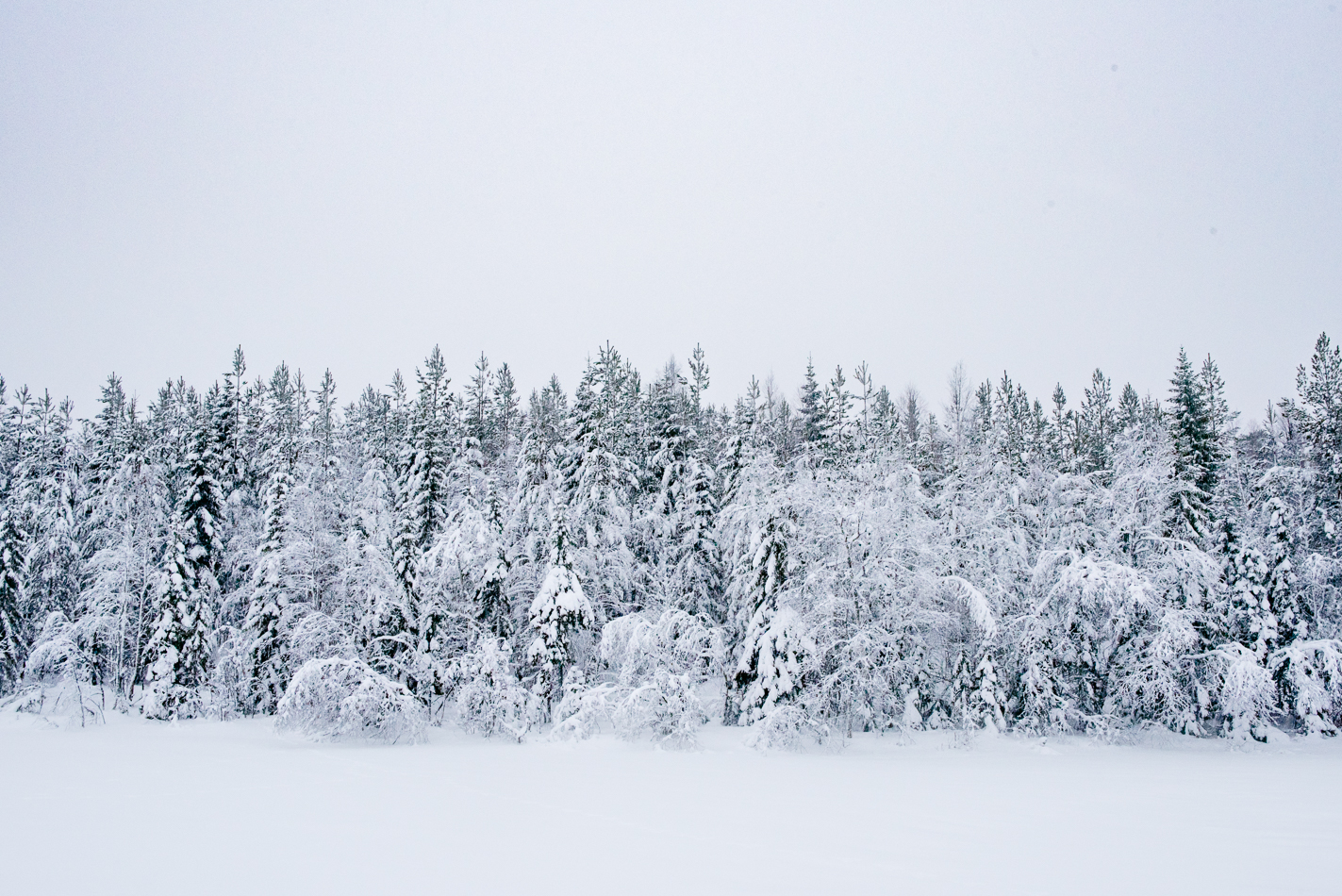 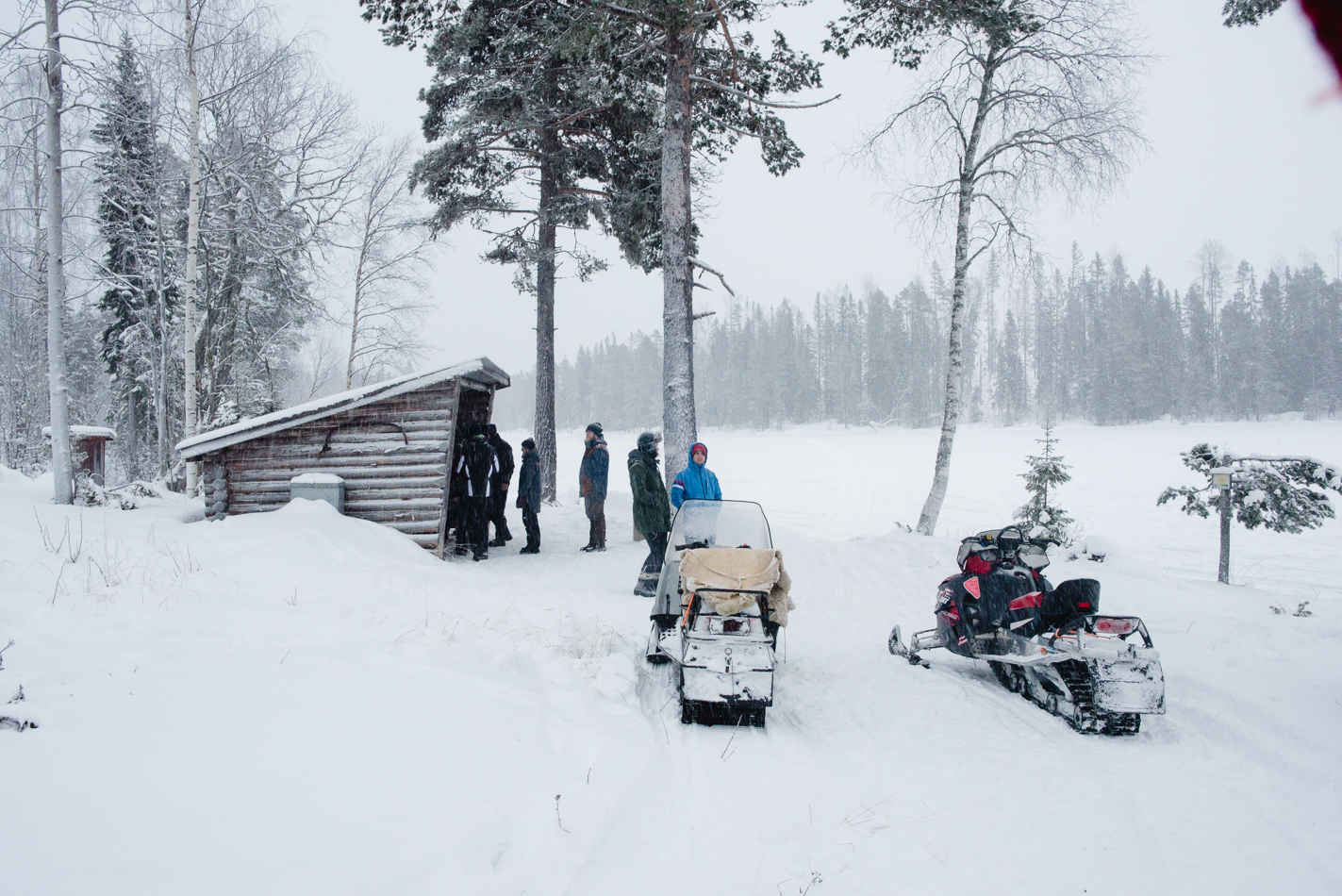 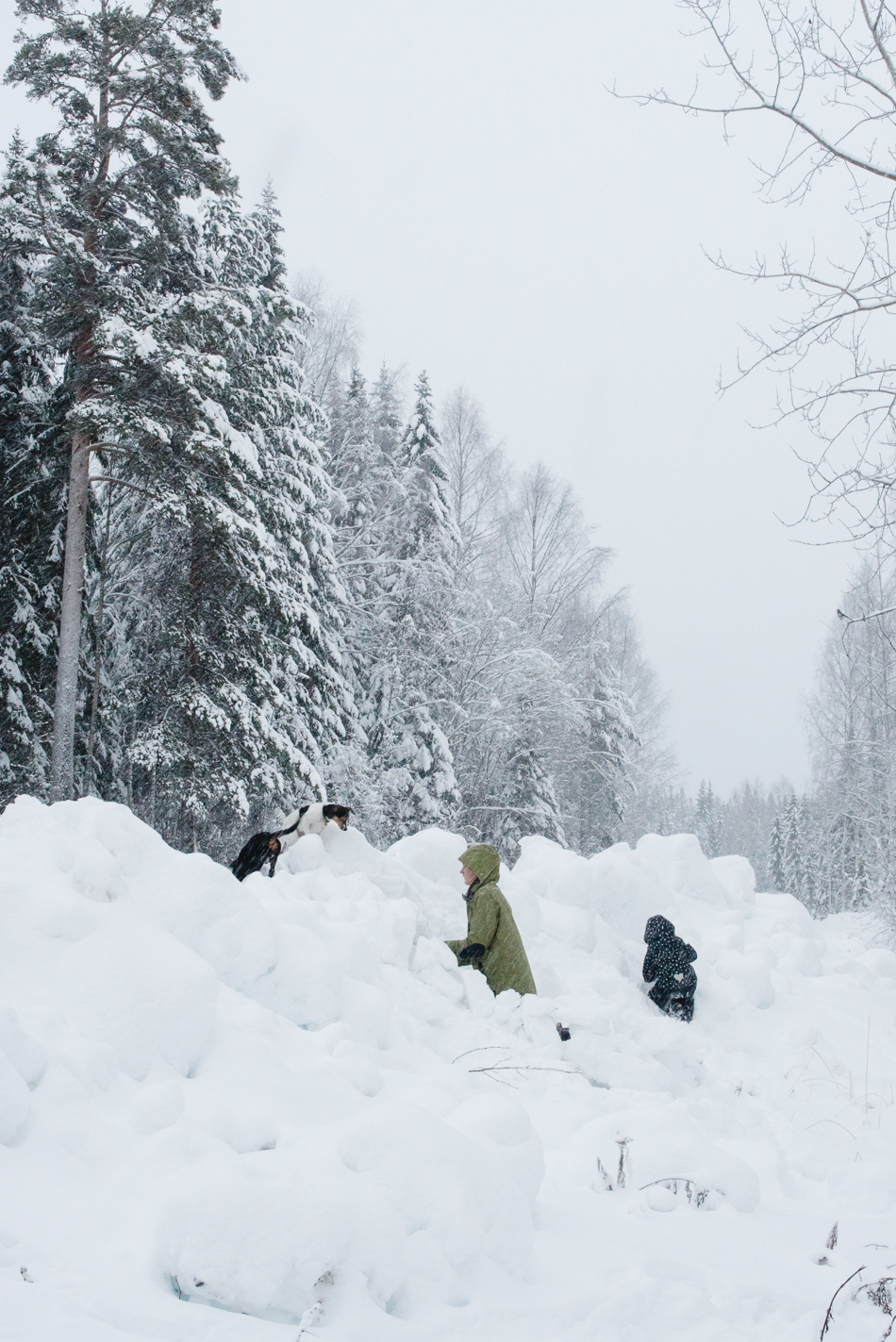 My eyes were going bonkers over all the crazy-beautiful scenery, and I really wanted to take photos, but I had to figure out a way to protect my camera from the snowflakes that were falling from the sky (that would then melt into water and destroy my expensive camera), so we managed to track down a red blanket that I covered myself in like a little portable tent. It was tricky but it worked! This is Erik laughing at how stupid I looked walking around with a red blanket over my head: 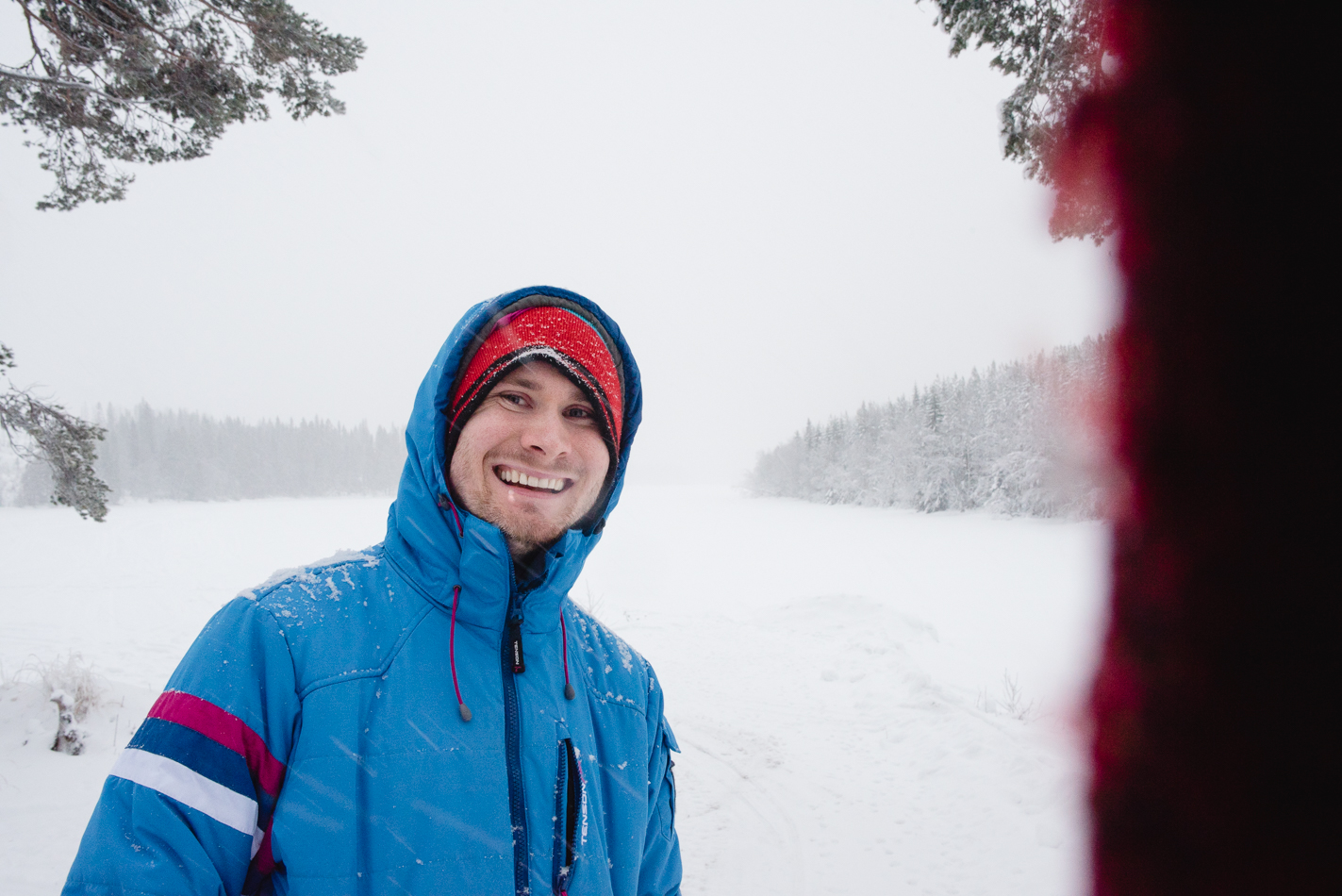 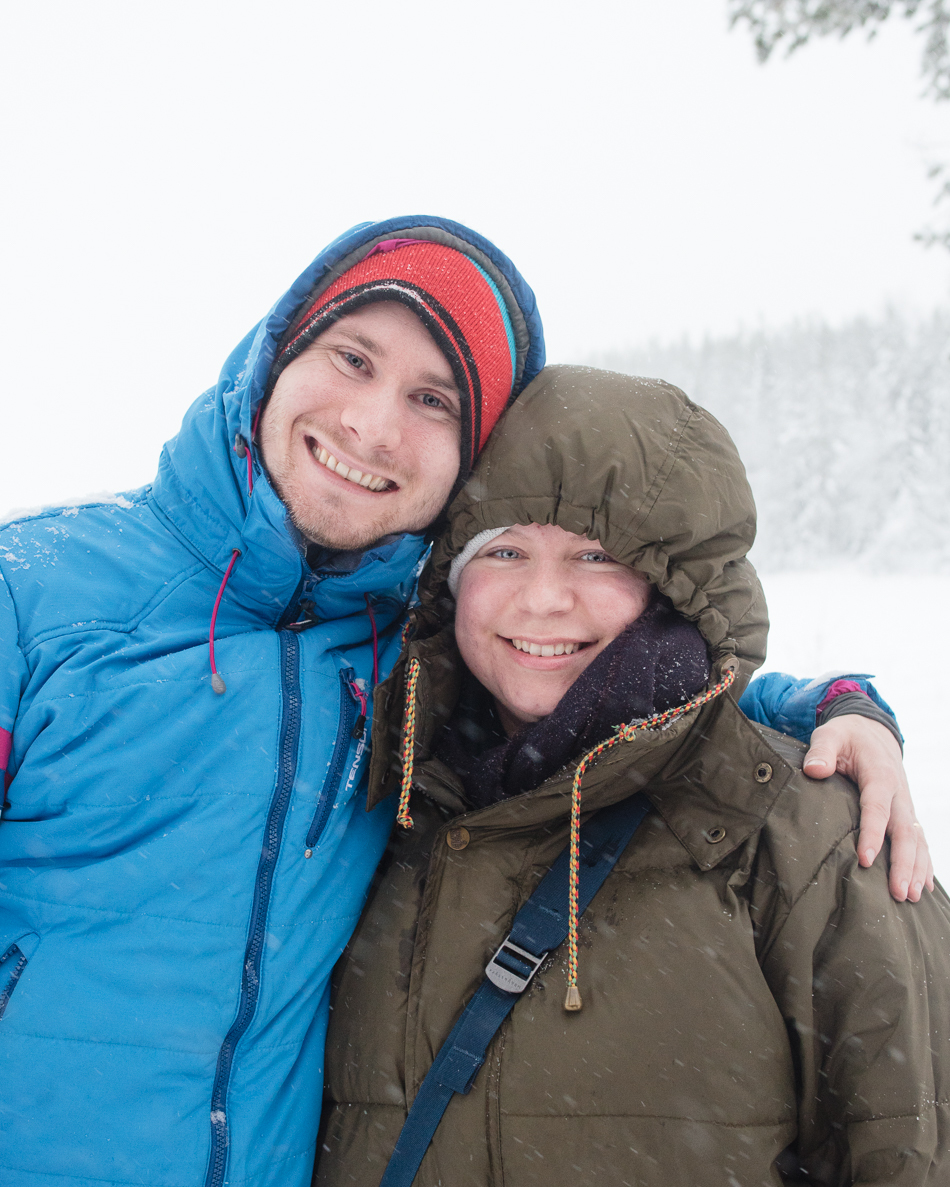 I loved how the colorful Swedish houses stood out within the white and black landscape, and it may sound crazy but I sorta liked that the sun set so early at 2pm. Winter in Sweden feels like one long, cozy dream, which is amplified by the fact that Swedes freaking LOVE candles. Candles are used every single day as an actual source of light, especially at mealtimes, and there’s nothing quite like eating to the flickering warmth of multiple candles. Candles to me have always been strictly for imparting a strong holiday-themed scent to your house or room (thanks Bath & Body Works), but why had it never occurred to me to use unscented candles as a light source?? I guess it seemed too old fashioned (and a fire hazard), but needless to say I’m going to use candles more often. 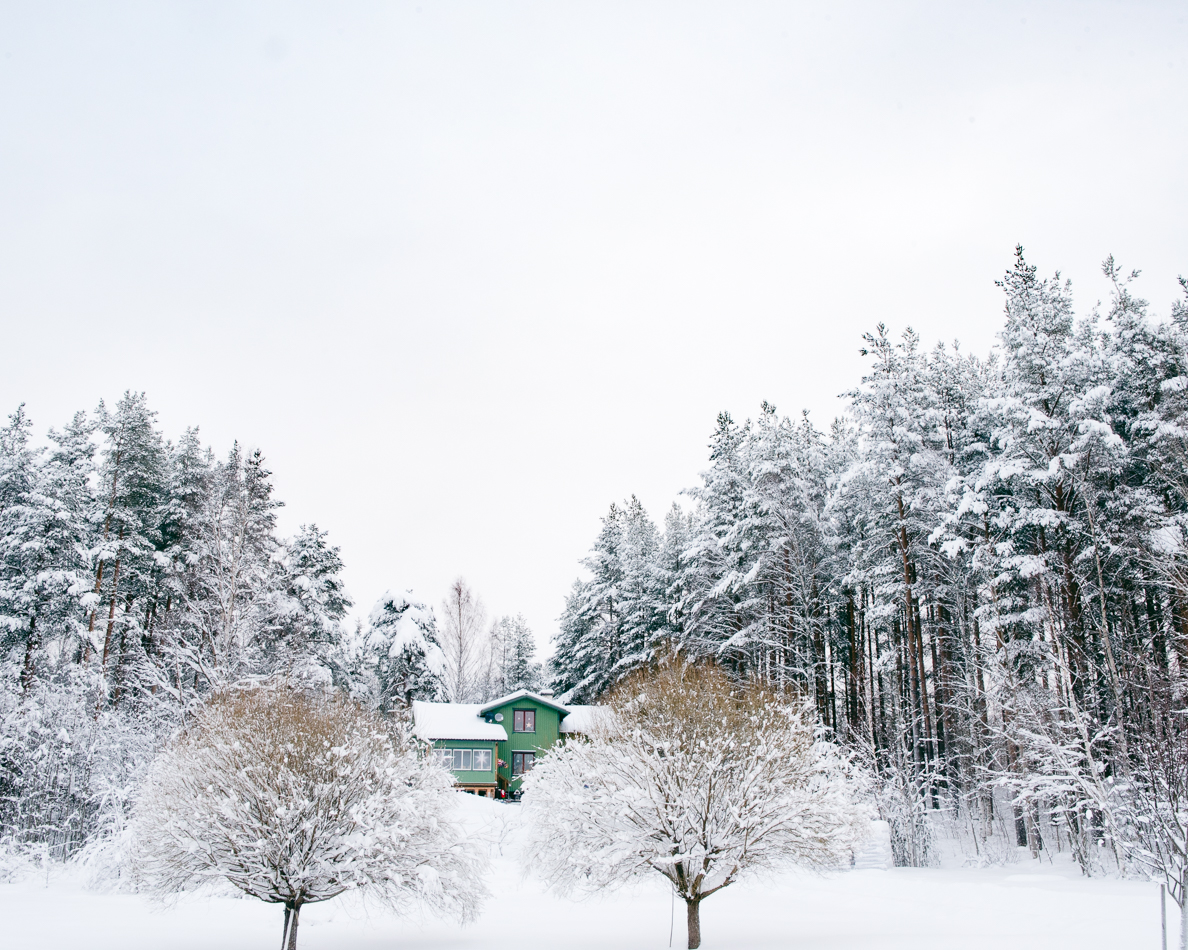 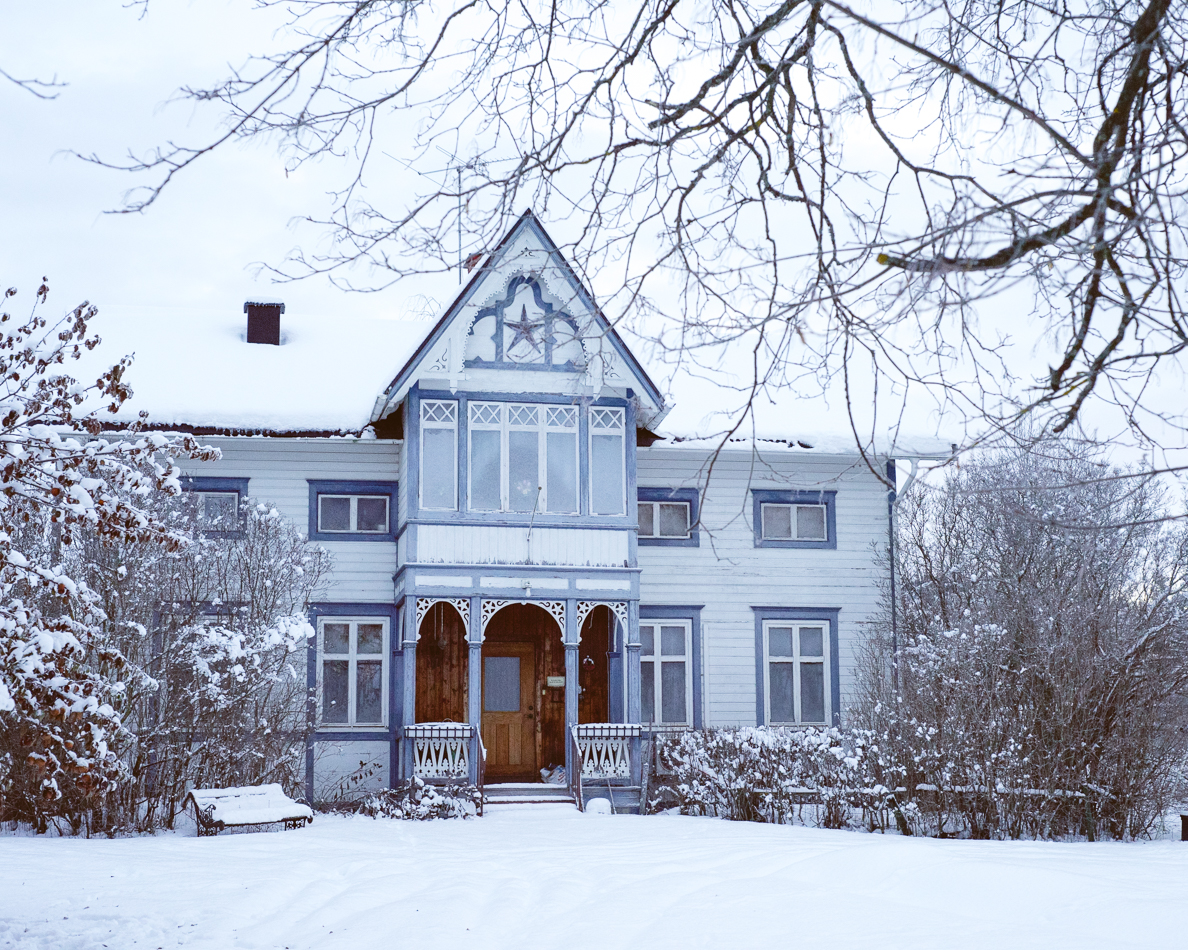 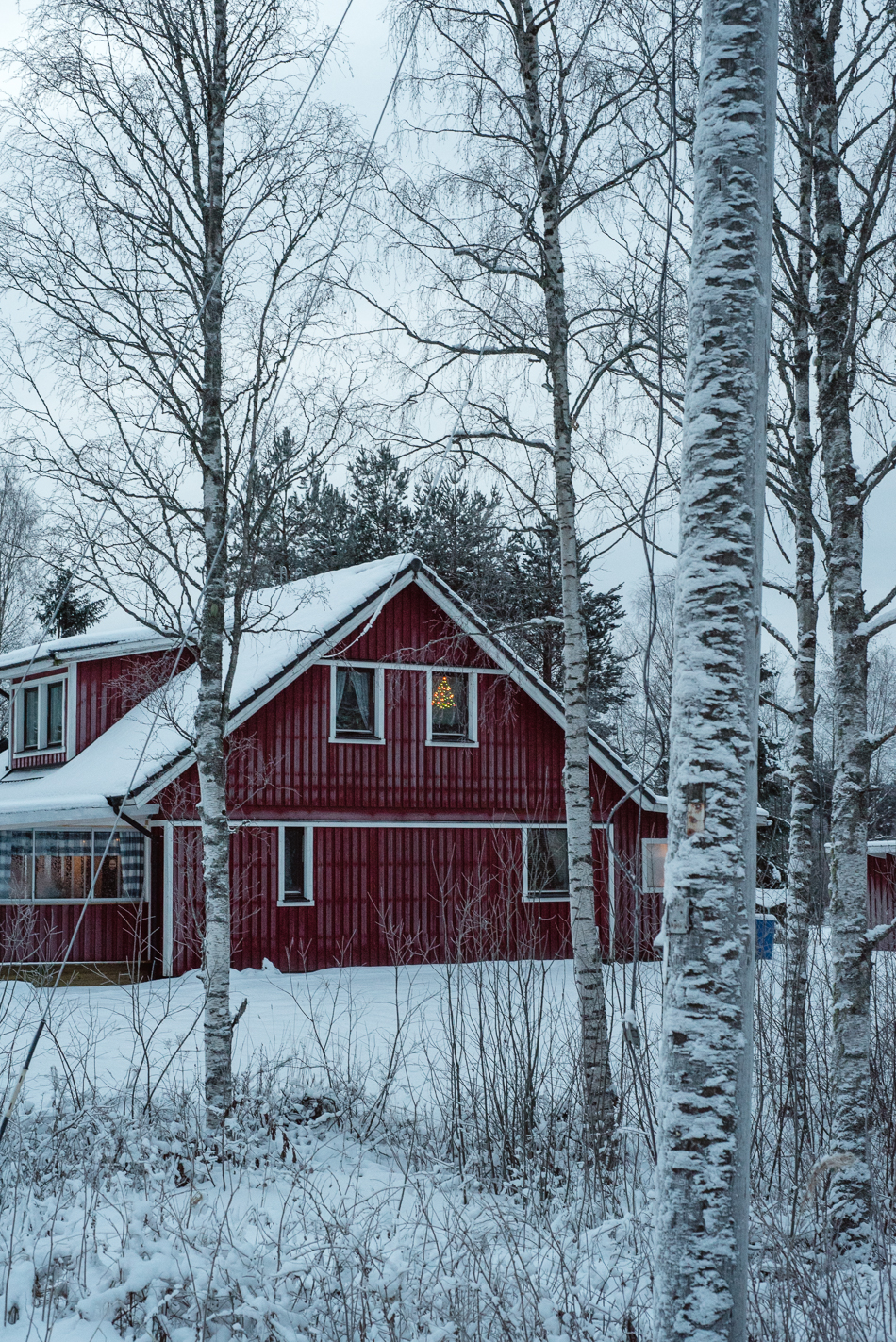 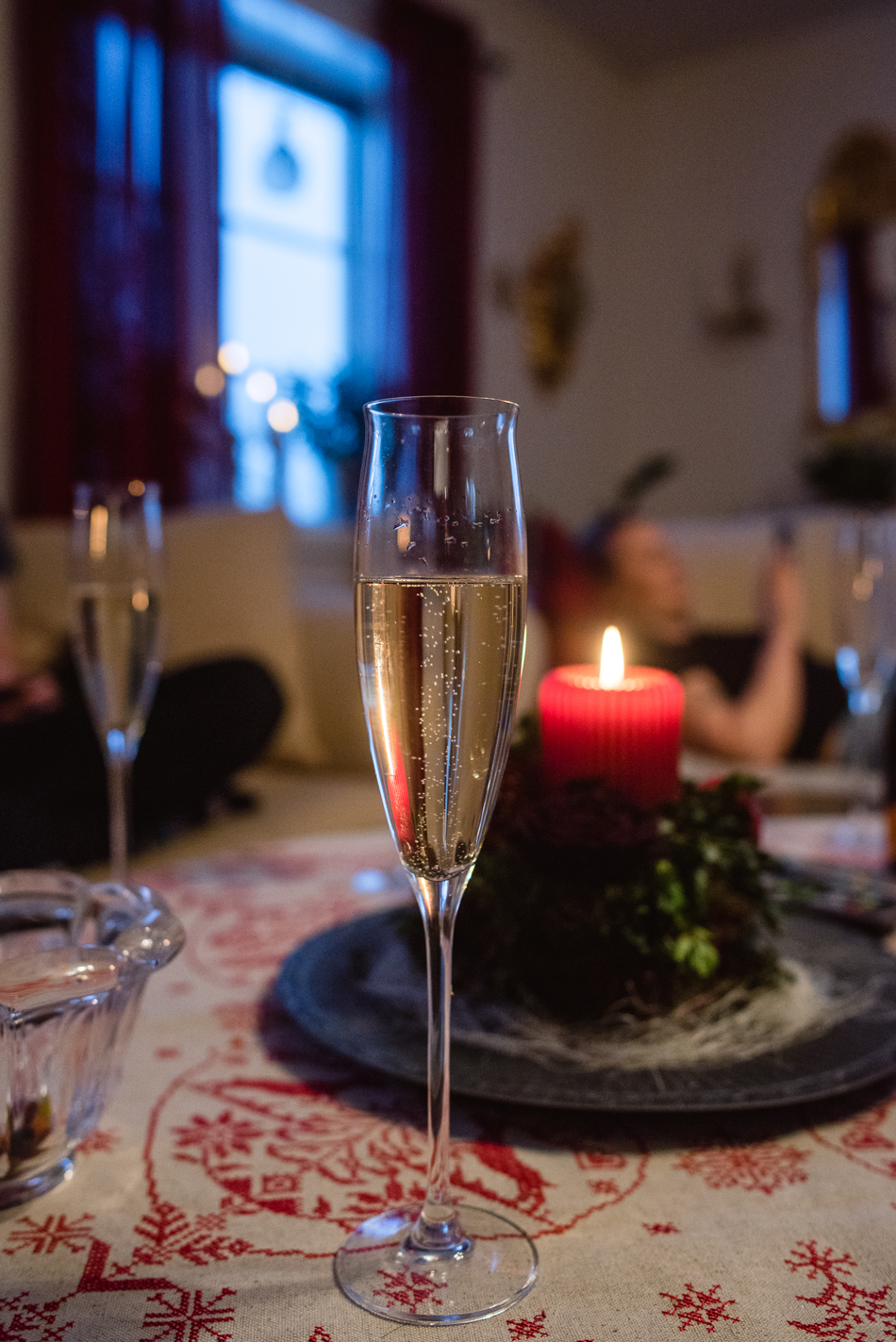 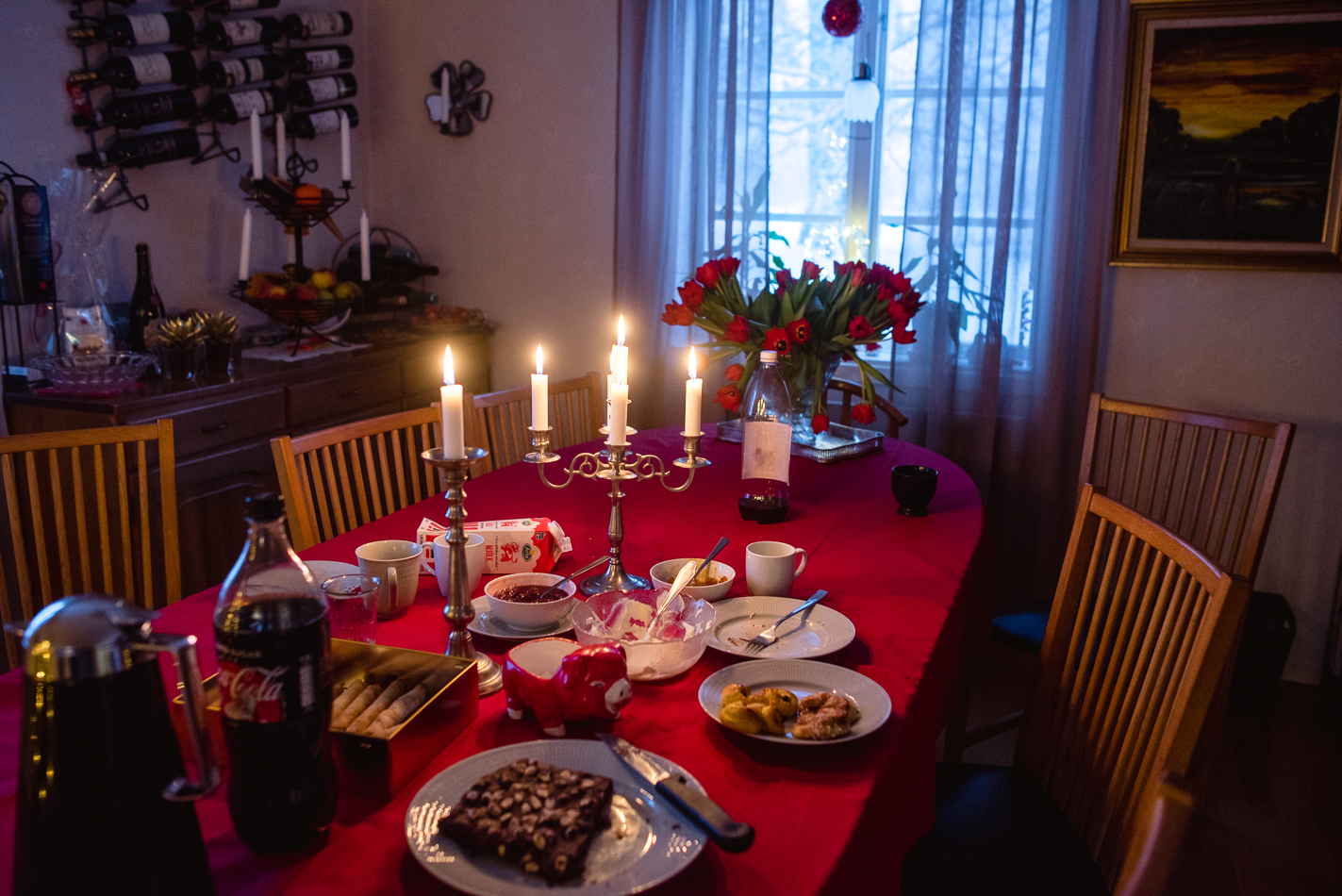 Speaking of beautiful light, a snowy landscape at dawn is so beautiful, and the best part is, dawn isn’t really that early because the sun rises so late, so it’s pretty easy to witness a softly-lit, blue-tinged dawn every morning. 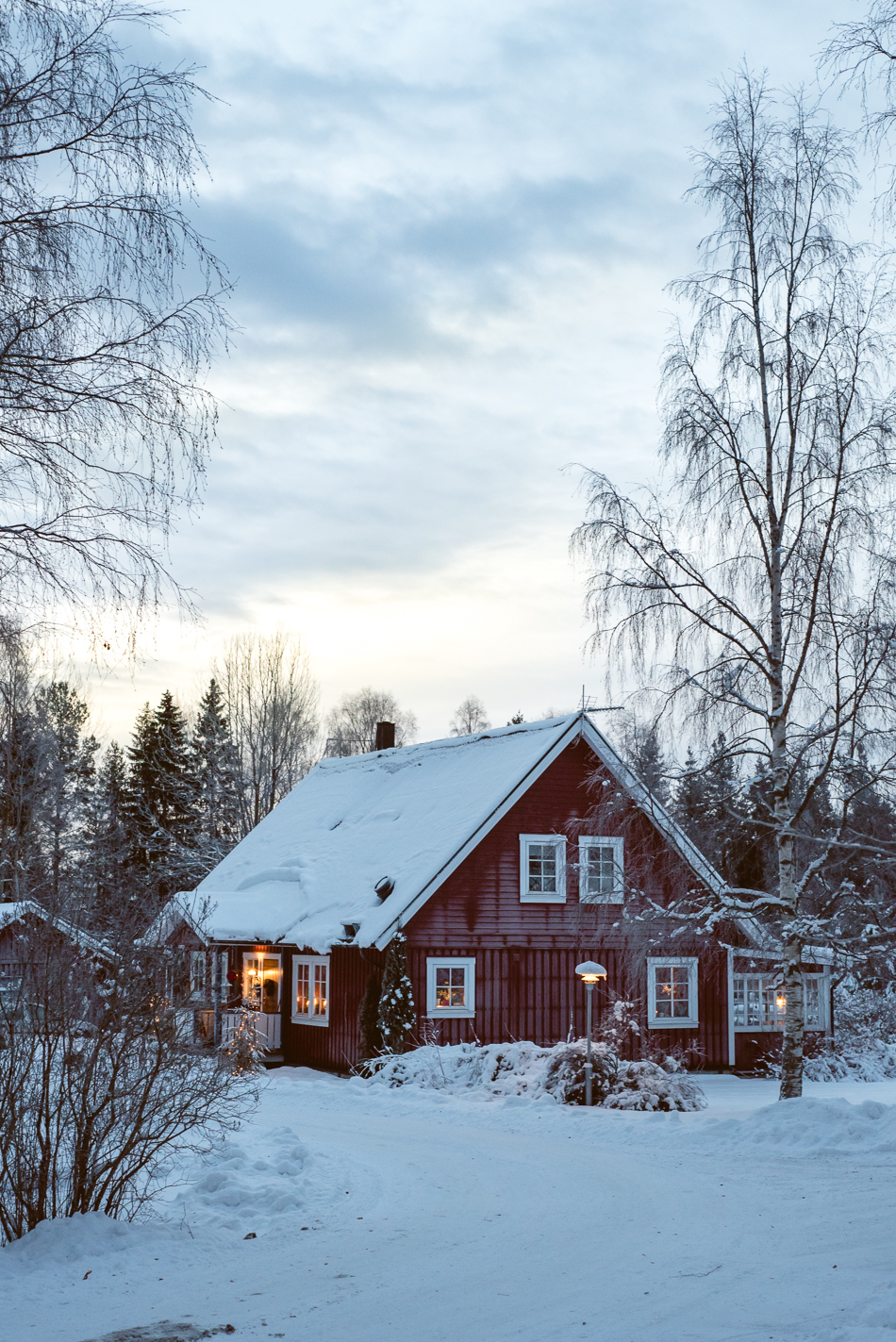 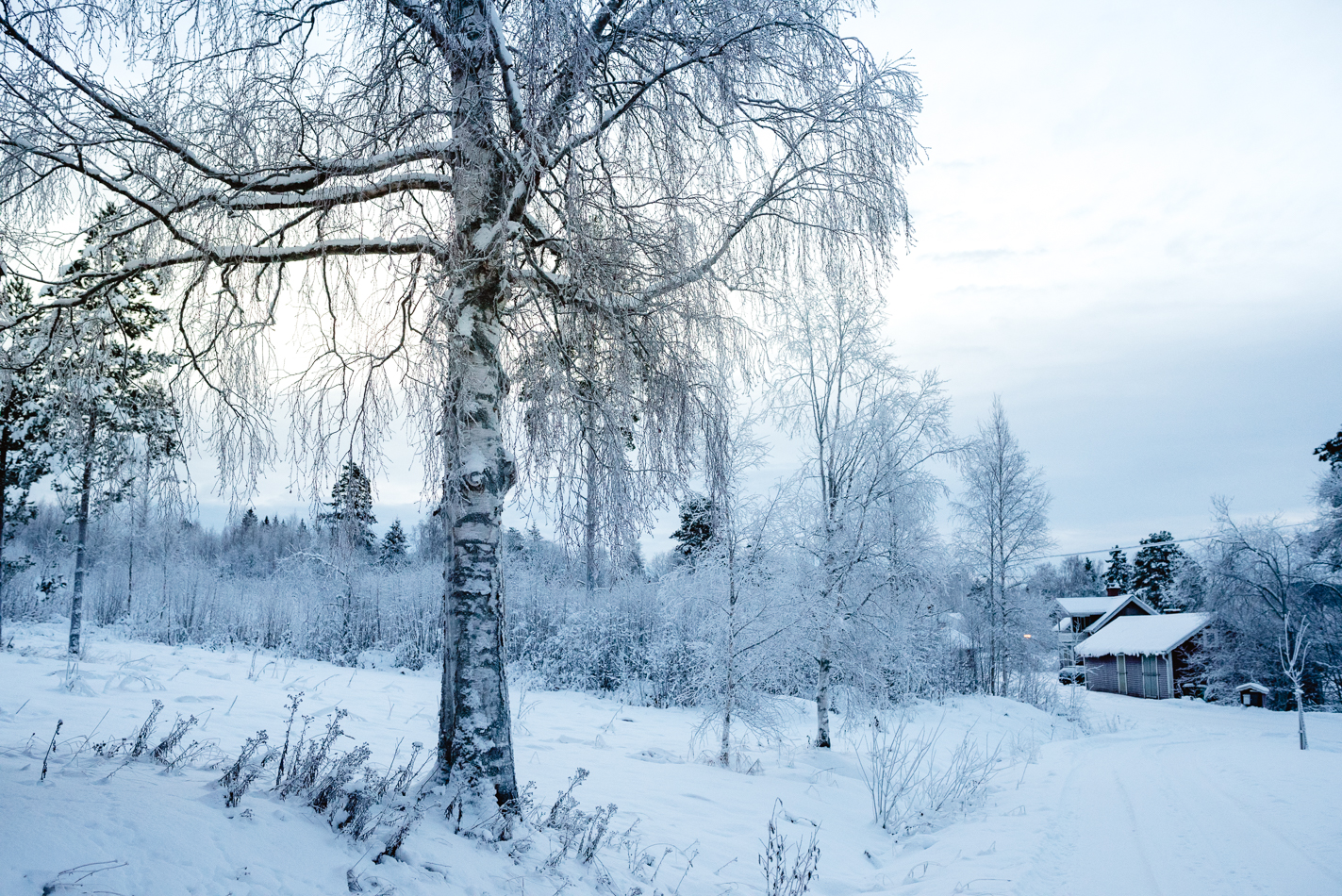 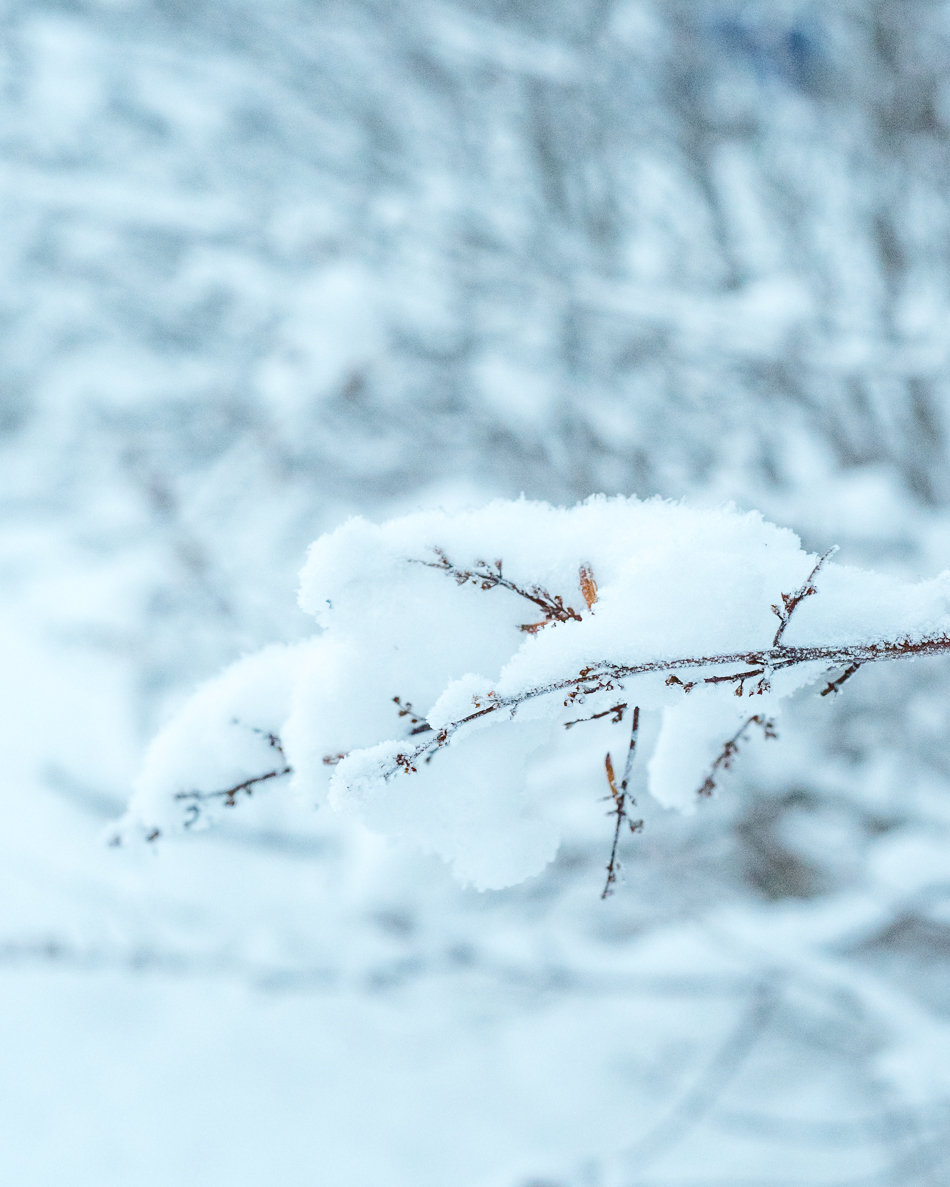 I’ve been mulling over the idea of living in Sweden someday. It’s still just a thought, but I’m still hesitant because I know how much of a struggle it can be to learn a new language and integrate into a new culture. But having a Swedish husband and his family there to help me, it might not be so hard or emotionally draining as it was sometimes in France. I’m even playing around with the idea of buying a big old house in the countryside and turning it into a small bed & breakfast… but these are all just tiny seeds of thought in my brain at this moment in time. 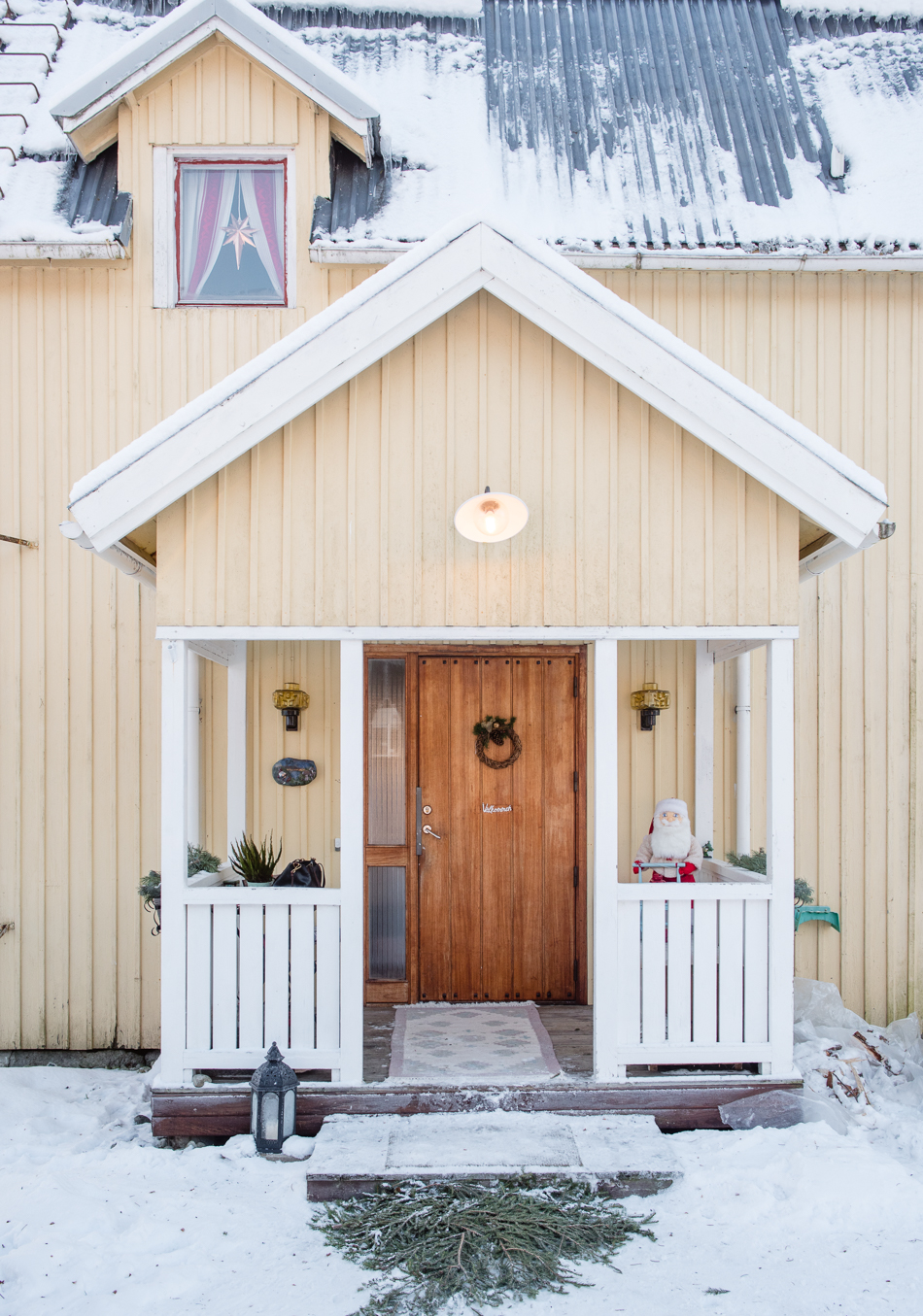 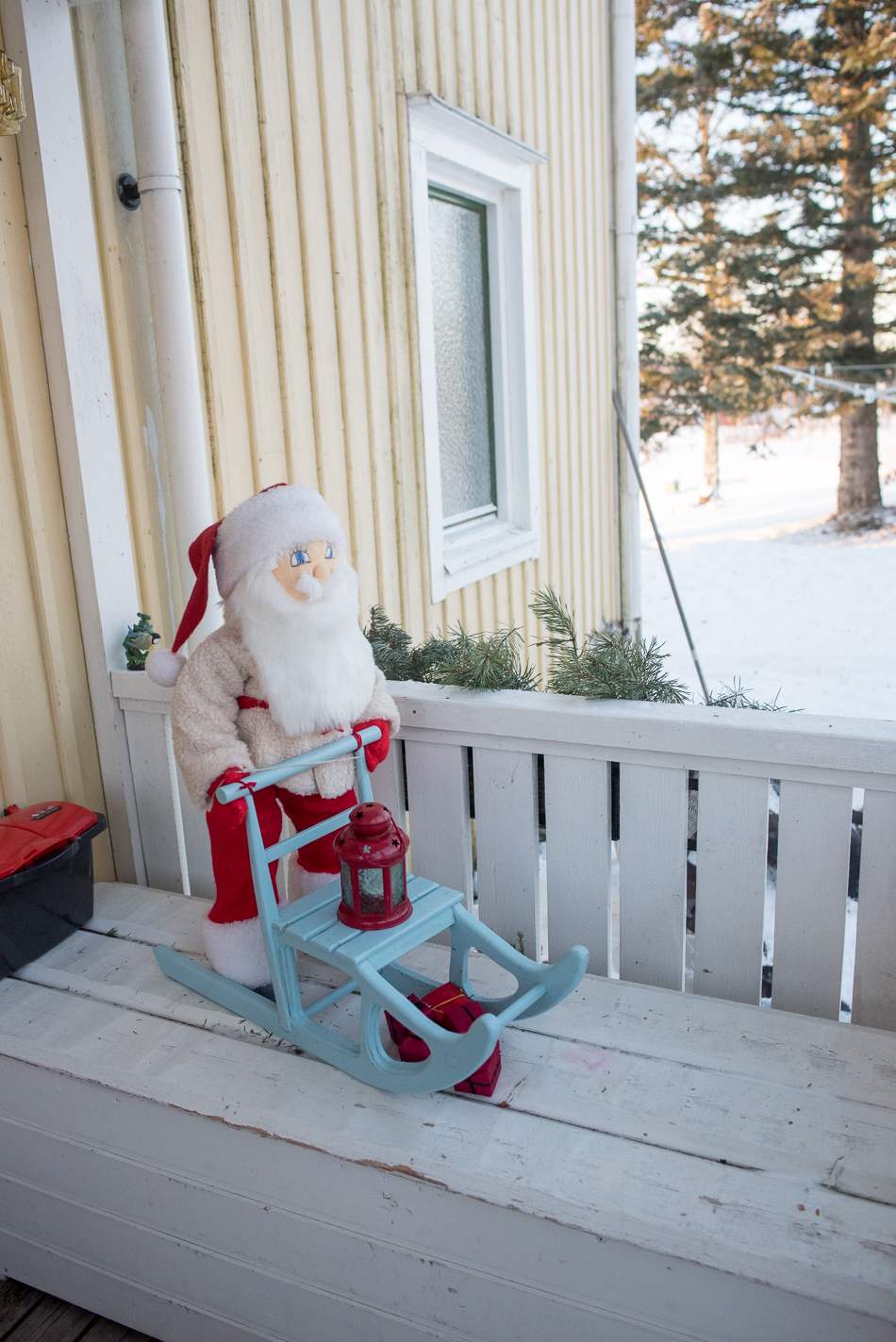 One last tid-bit of information I’ll leave you with is this: If it’s a certain temperature outside, aka VERY COLD, it’s impossible to make a snowman, because the snow is too dry and won’t stick together. Apparently snowmen only work when the snow is slightly watery. When Erik’s Dad told me this, I was legitimately shocked. Snow is snow, right? Snow without snowmen and snowballs isn’t even really snow! But alas, I tried creating a snowball but it just fell apart through my gloved fingers. 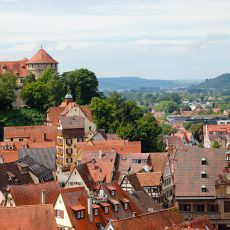