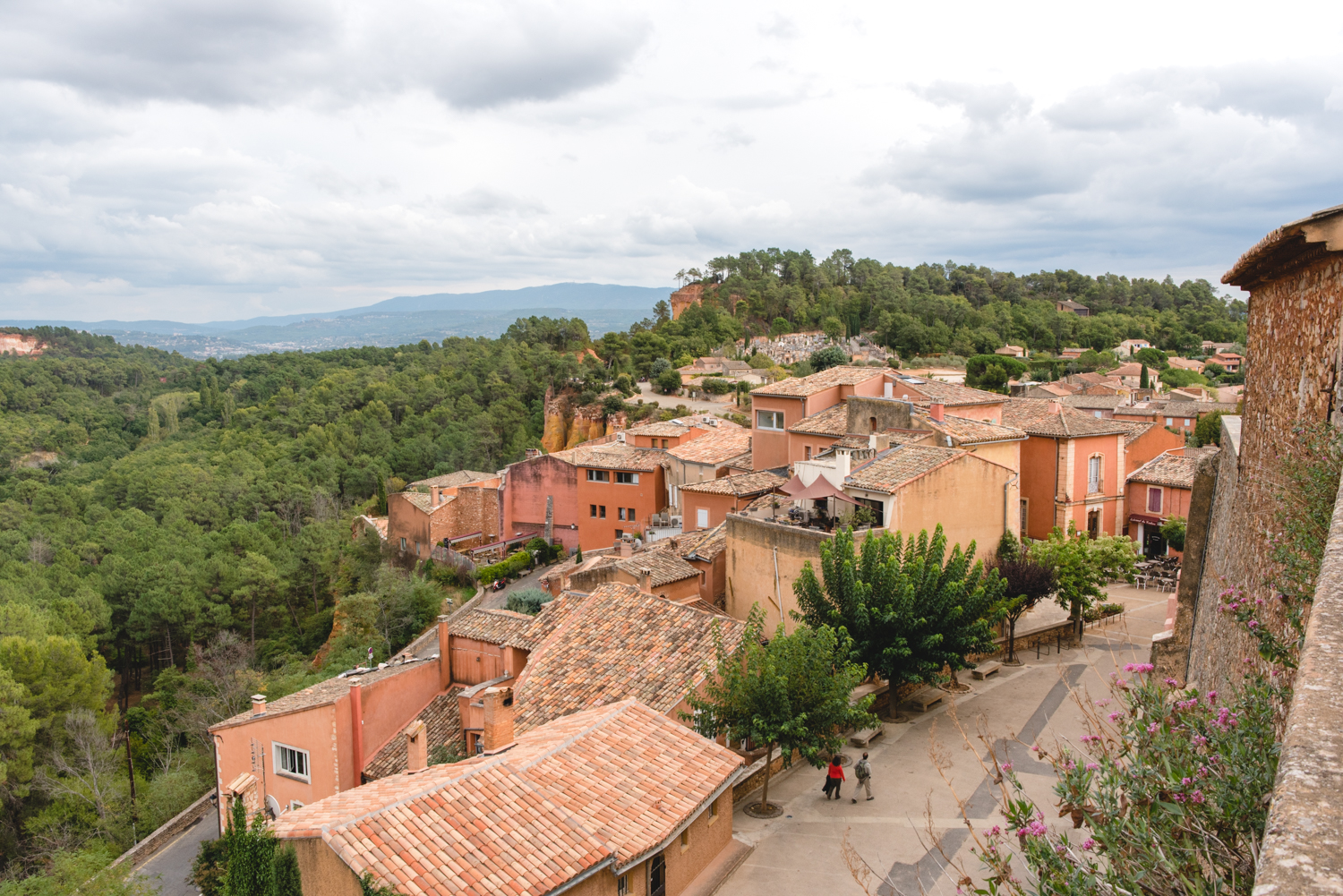 On my recent trip to Avignon in the south of France, I had the opportunity to spend 1 hour in the charming village of Roussillon nearby – that’s right, just 60 minutes in one of Provence’s most beautiful villages. Thankfully the village itself is tiny, so I was able to see lots of it during my short visit, but of course I could have spent an entire day there.

I took advantage of every single second I had in Roussillon, running around with hearts in my eyes at every turn. Everything I saw was so beautiful, so charming, so richly colorful! I flitted from here to there like a hummingbird, trying to get as many pictures as possible while still taking it all in.

The reason I had so little time in Roussillon was because my trip to Avignon only lasted 48 hours, which  meant the only way I could see some of the beautiful sites outside the city was by booking a tour. I went with a half-day minivan tour that took me to three different sites in the Luberon region of Provence: the Lavender Museum, Roussillon, and Gordes.

When our minivan driver told us that we’d have a mere 60 minutes in Roussillon, I mentally prepared myself for a photography challenge. I wanted to see as much of the village as possible, and I wanted to get as many great photos as possible. I think I did pretty well! 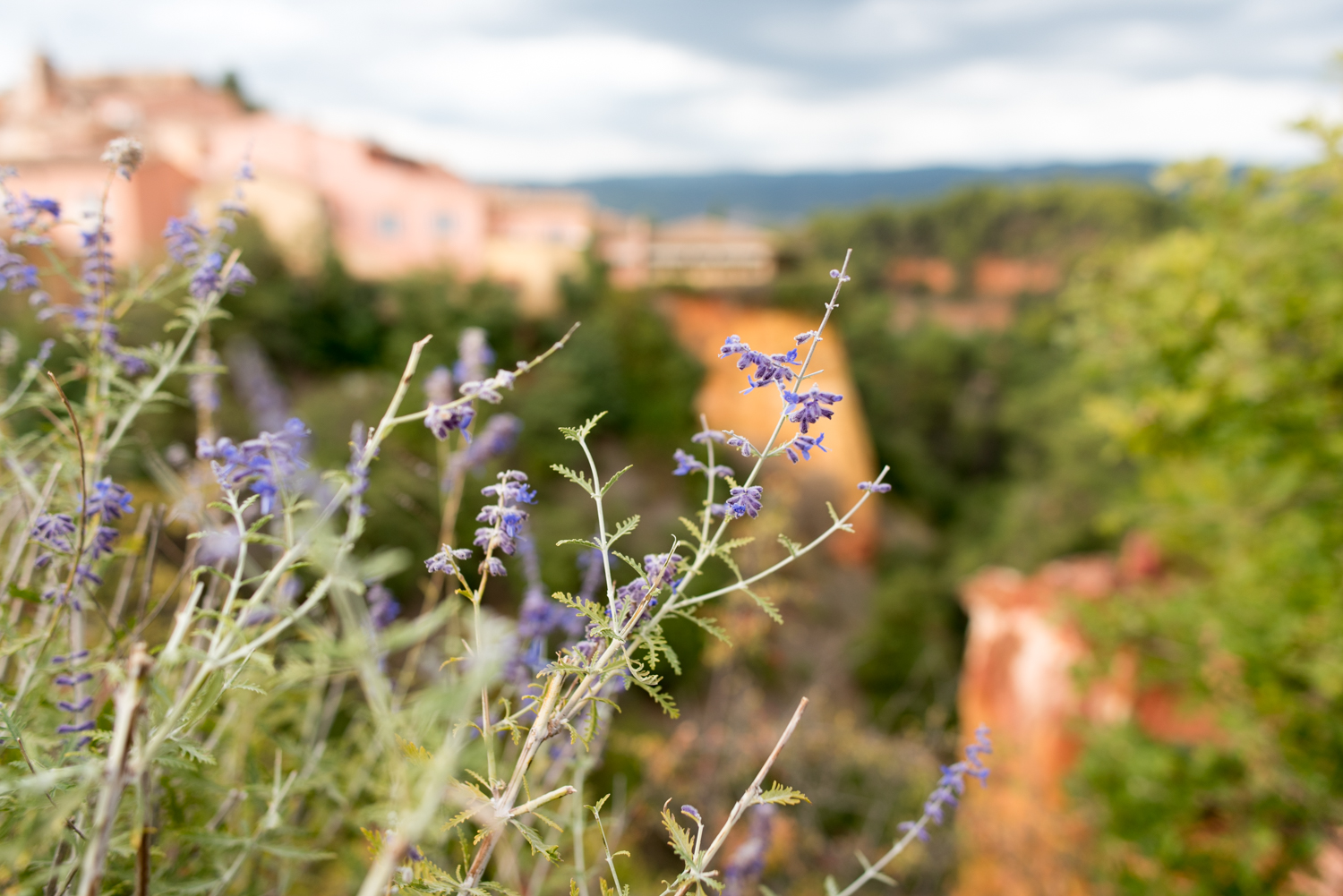 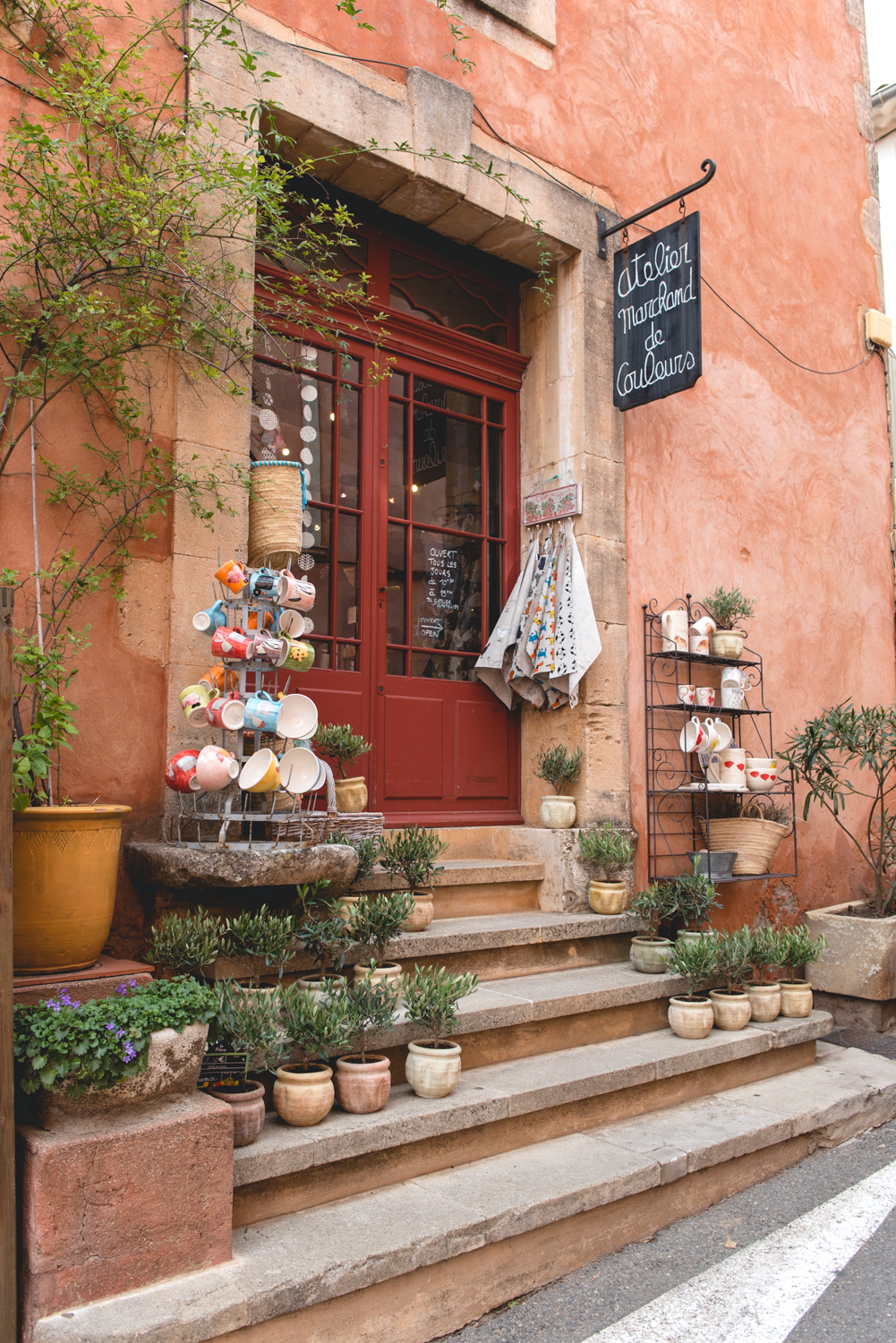 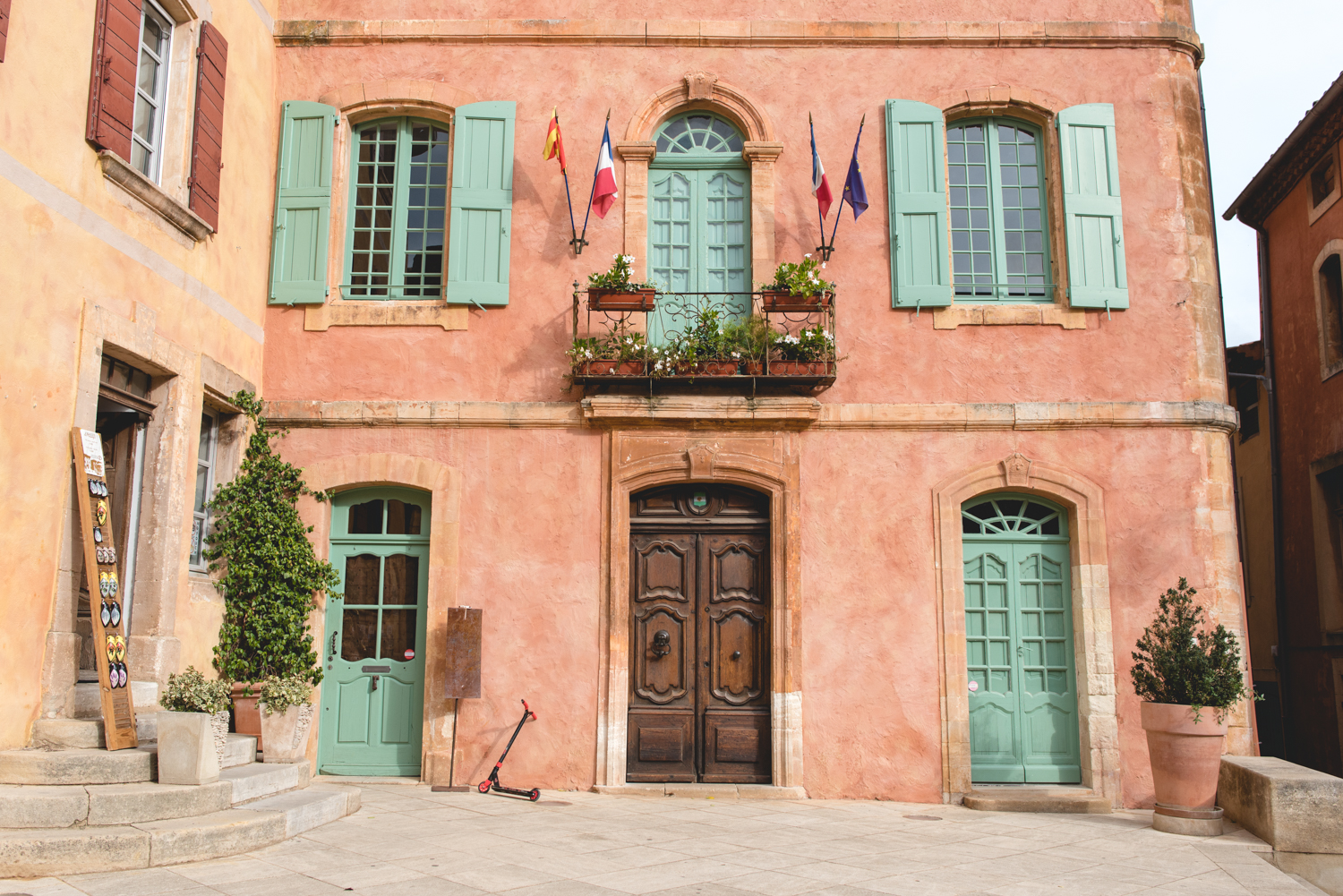 Roussillon is known for its red-orange hue, both in its buildings and in the color of the earth, which is rich with minerals that color it various shades of orange, red, yellow, brown, and rust… Another term used to describe these natural hues is ochre. All of the gift shops in Roussillon sell ochre pigments and paints, which I immediately snatched up. I am in love with color, and I couldn’t resist taking a more physical form of Roussillon’s colors home with me. Honestly, I never paint, so I have no idea what I’m going to do with the pigments I bought, but I’ll find a way to use them someday! 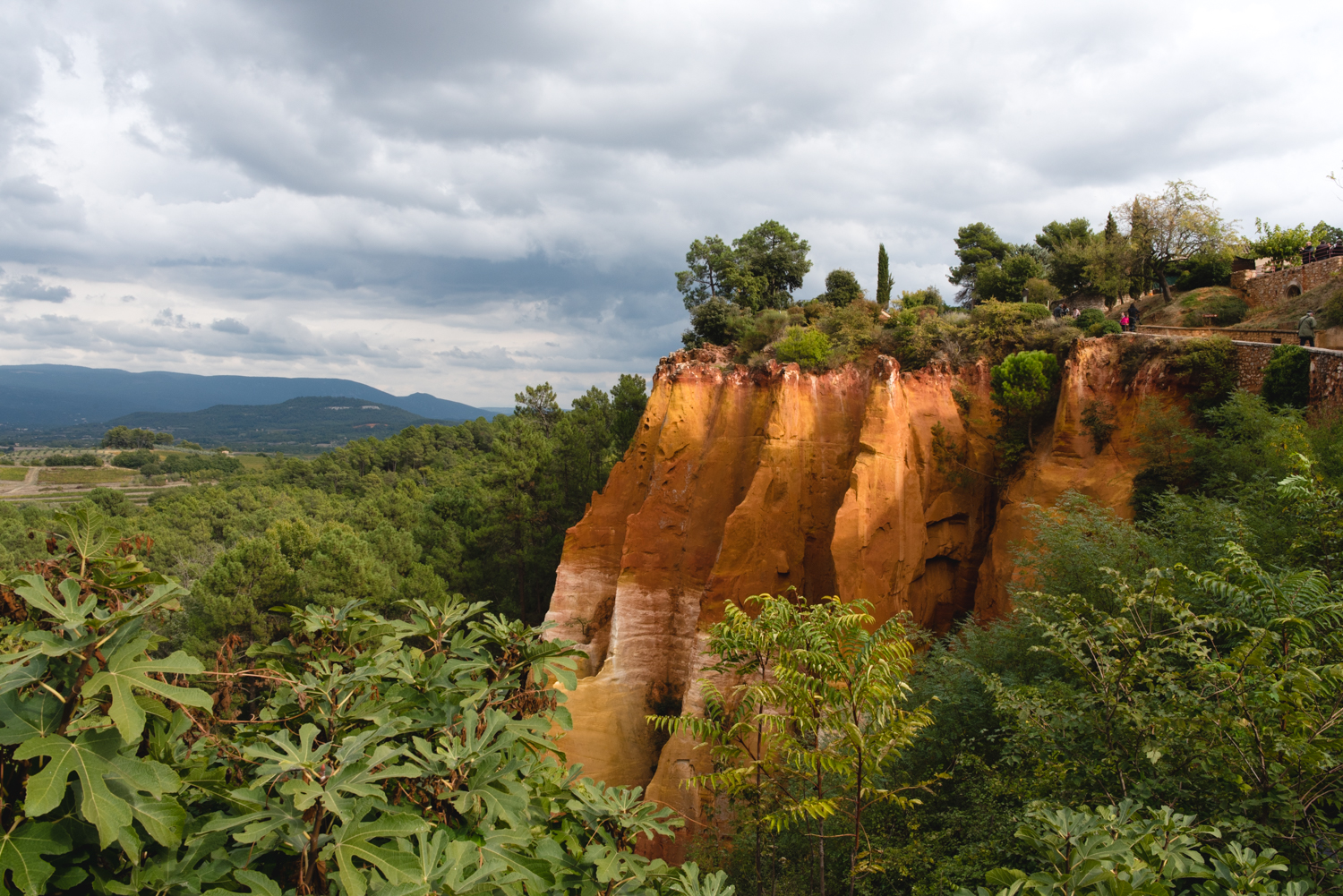 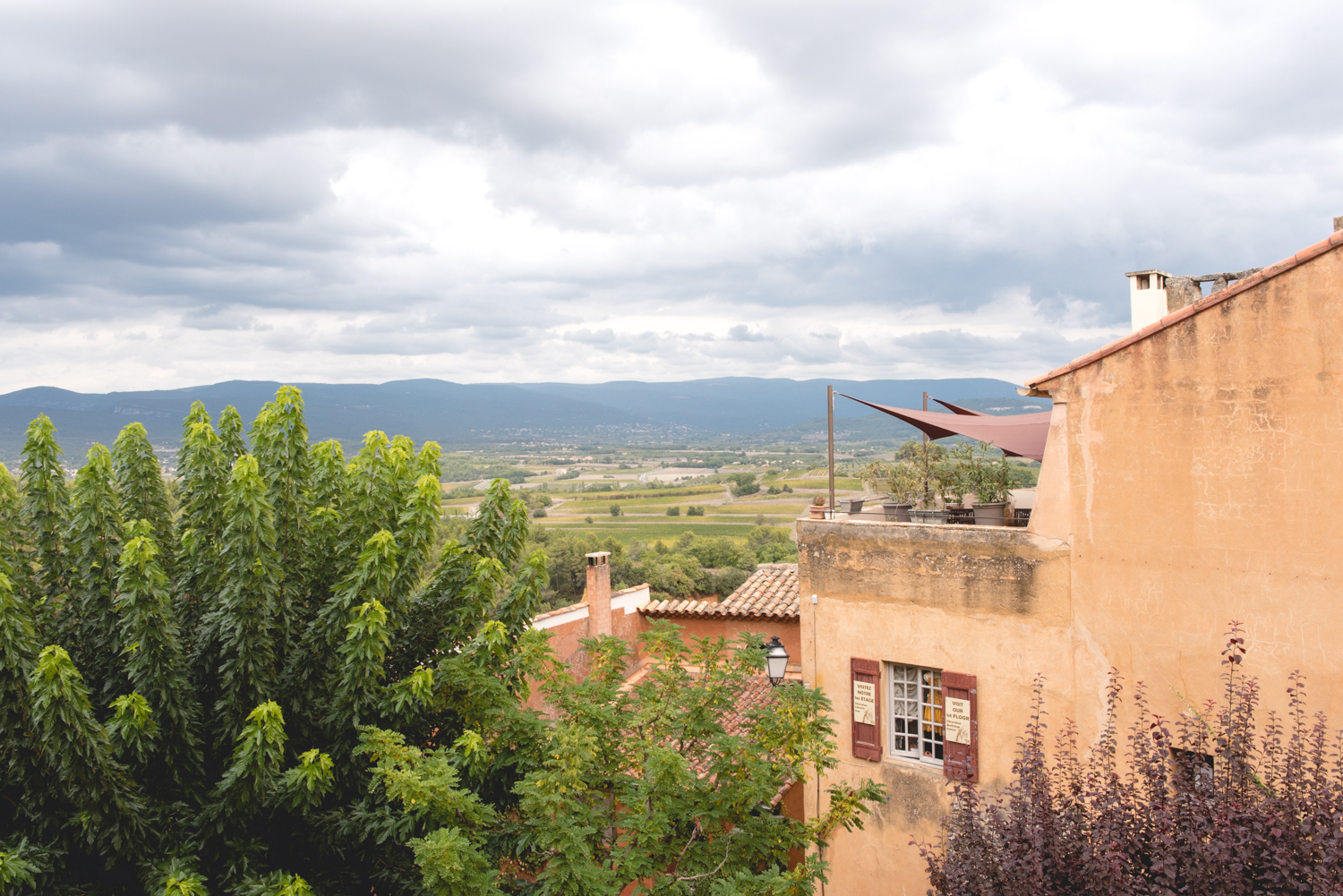 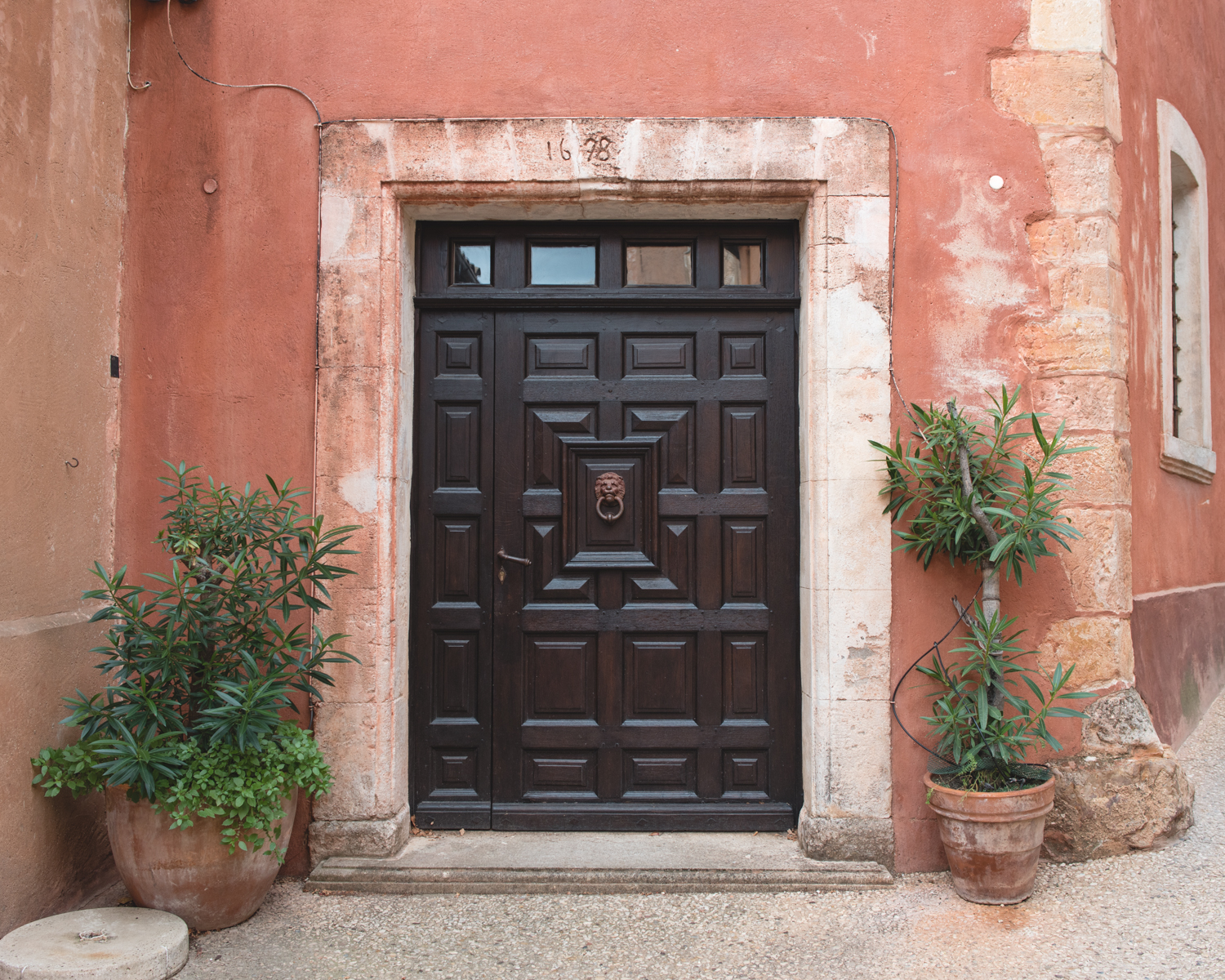 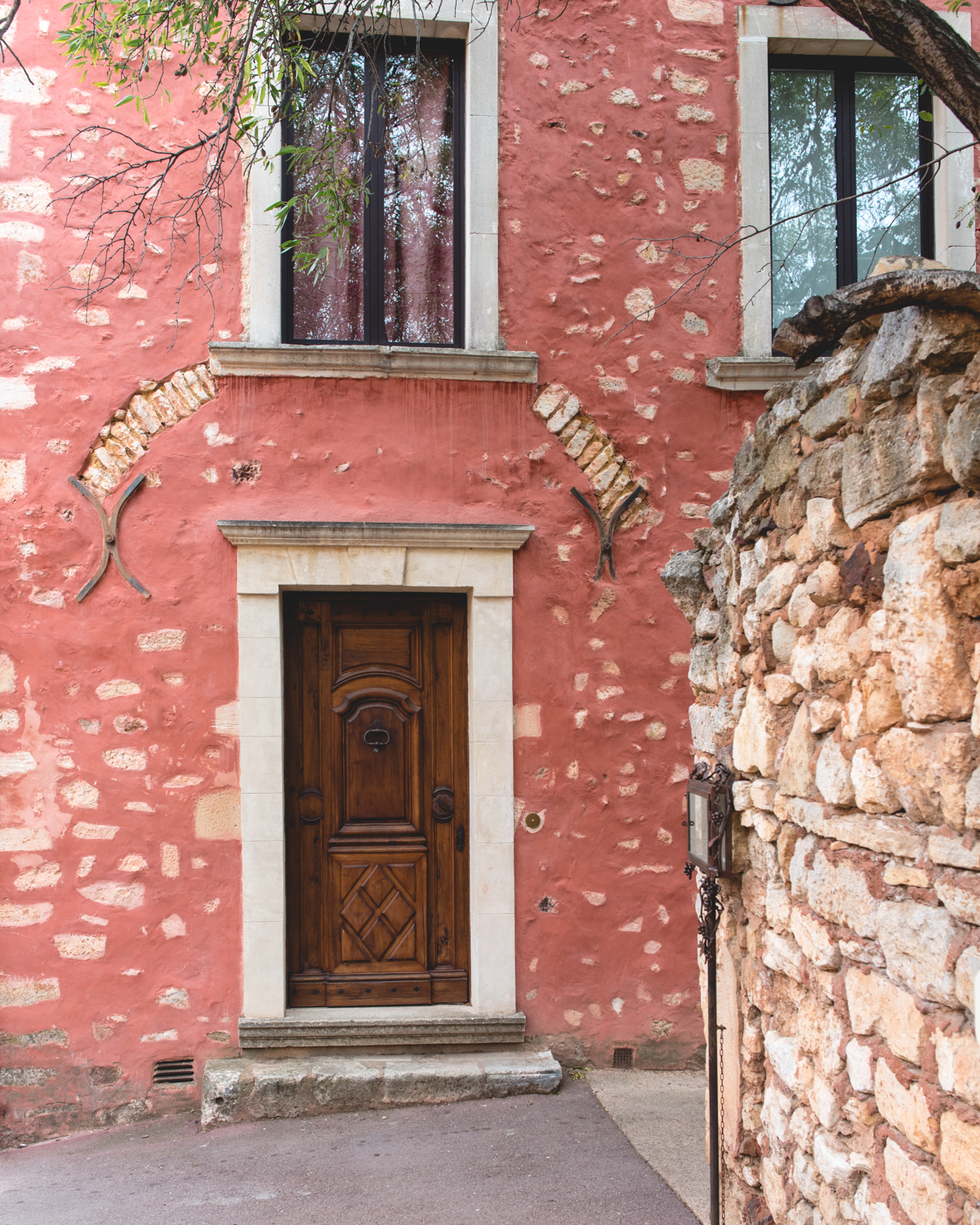 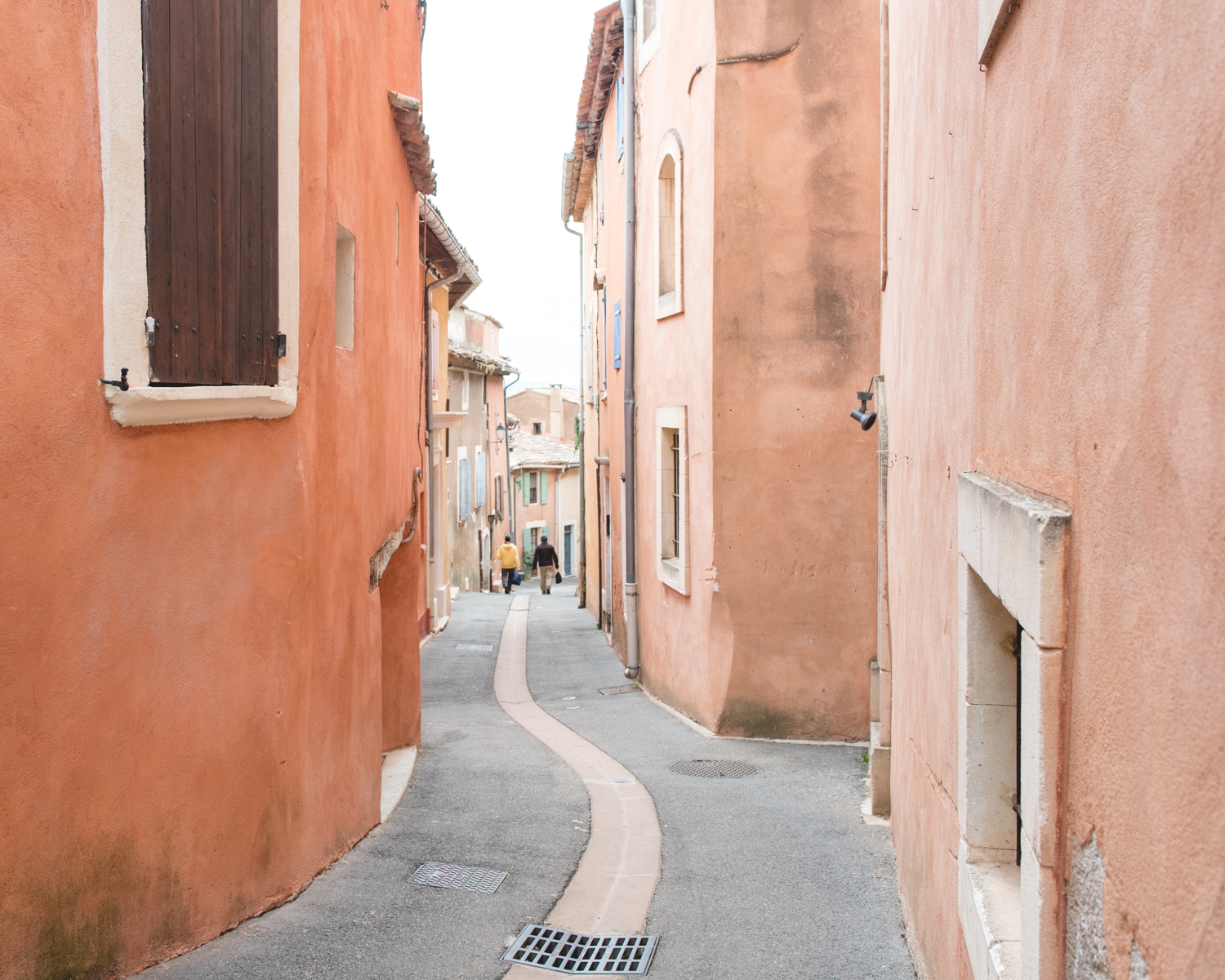 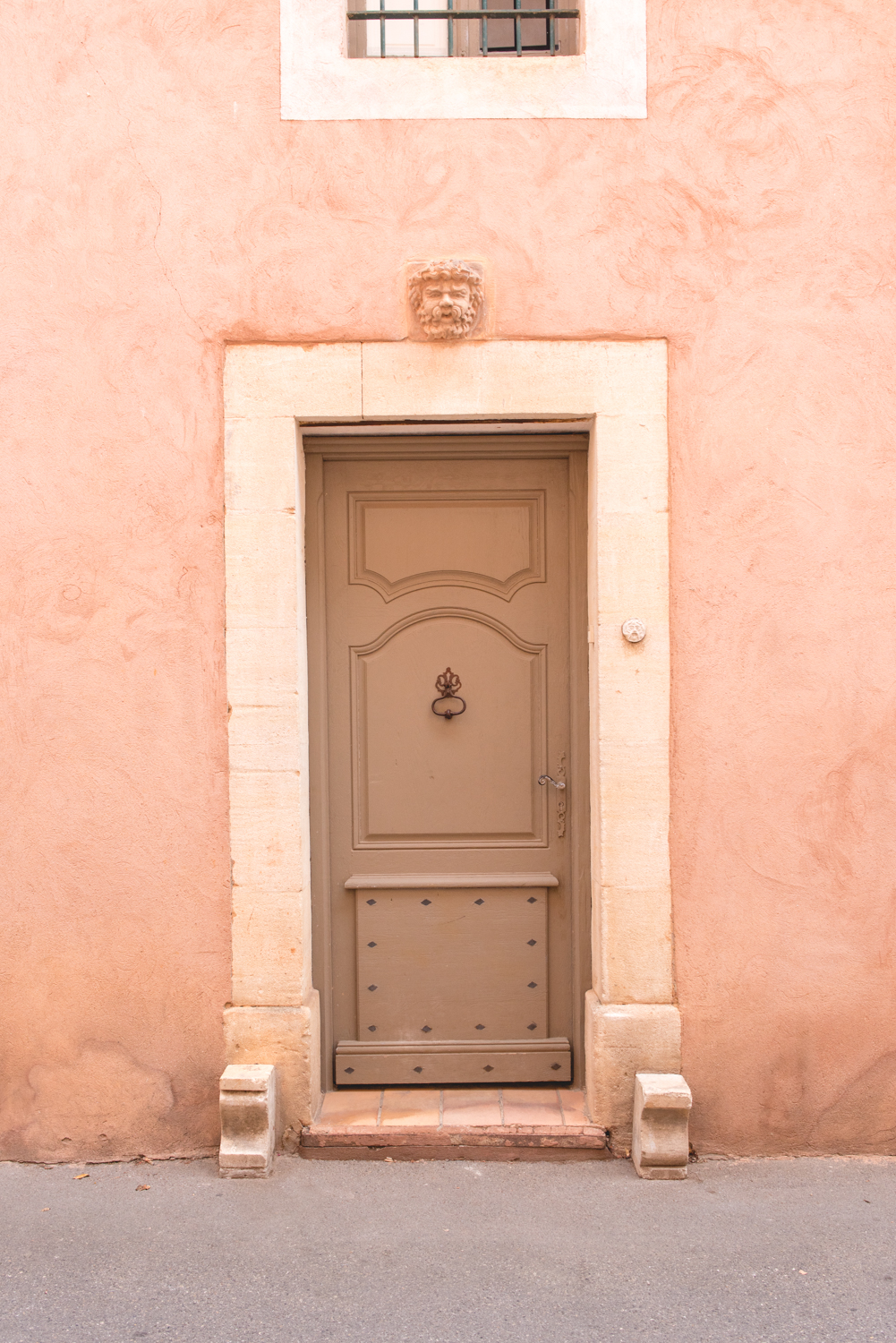 I can’t describe why I love color so much, but the one word that comes to mind when I see a beautiful color combination is: delicious. If I had to have synesthesia and could choose which two senses were affected, I would want to taste color. Let’s take the photo below, for example. I think the pastel tangerine of the wall would taste a bit like an orange creamsicle, while the muted rusty burgundy of the door would taste like cinnamon coffee. The shutters, on the other hand, which remind me of the color of lichen on stones, would probably taste like some kind of marshmallowy fruity thing. 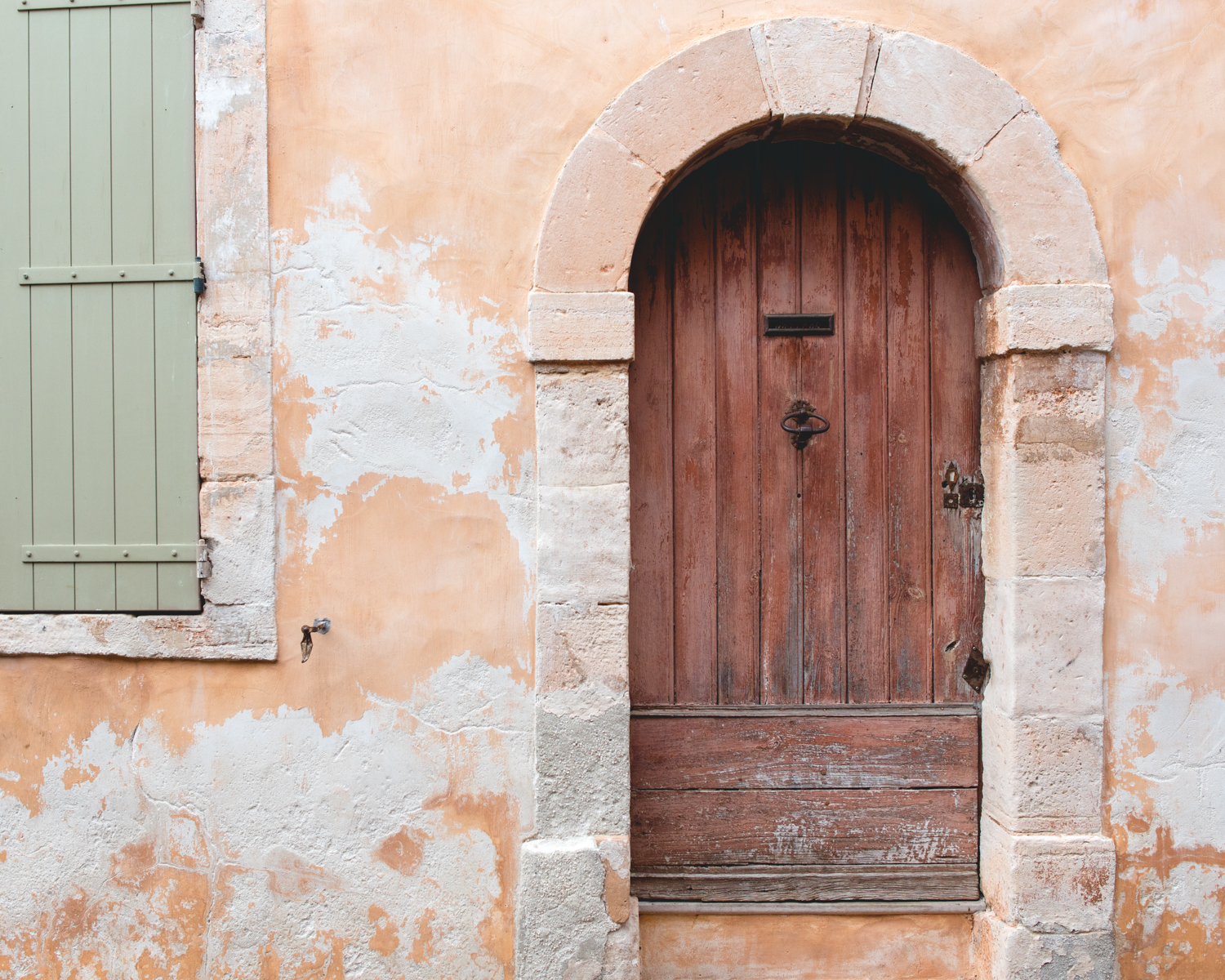 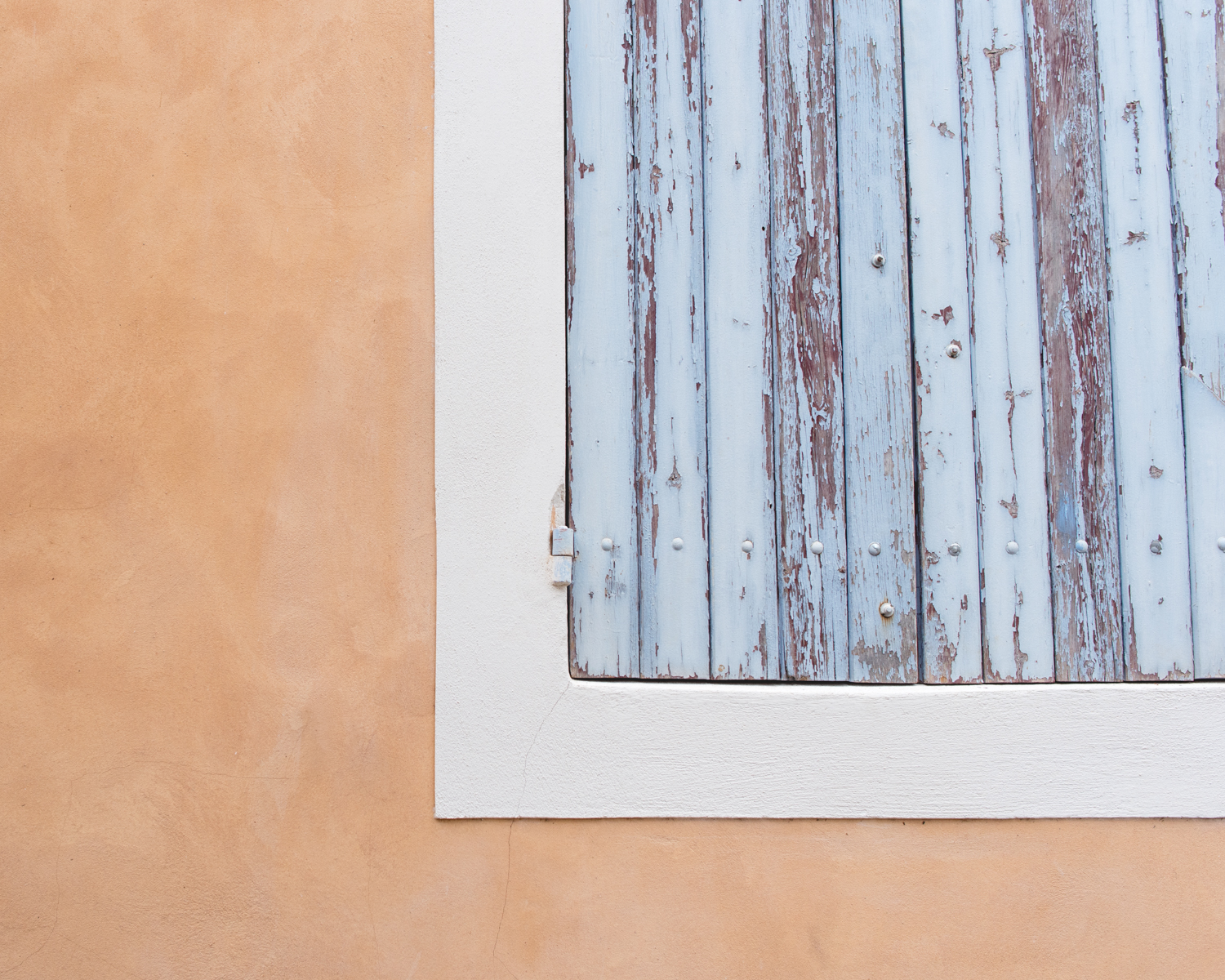 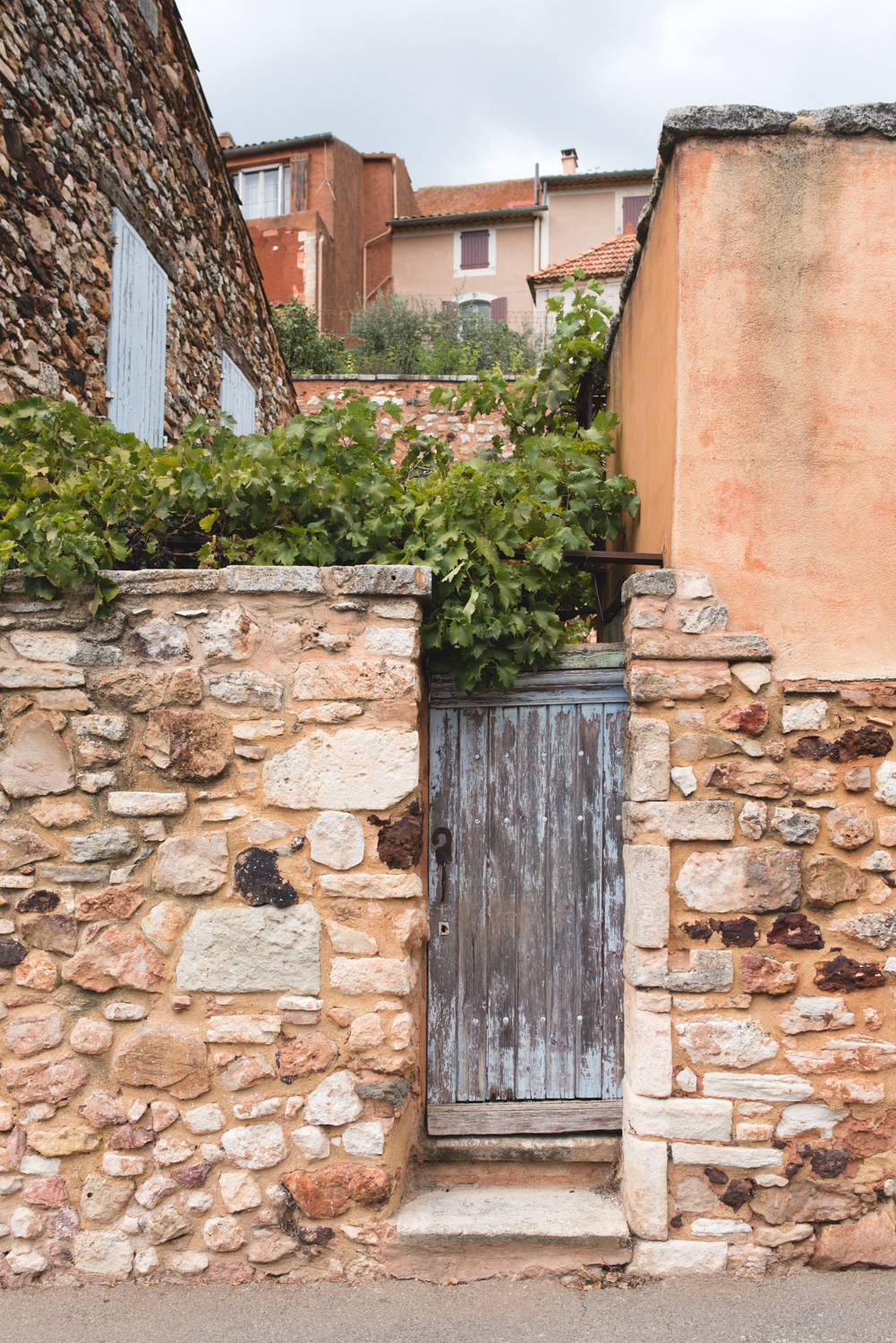 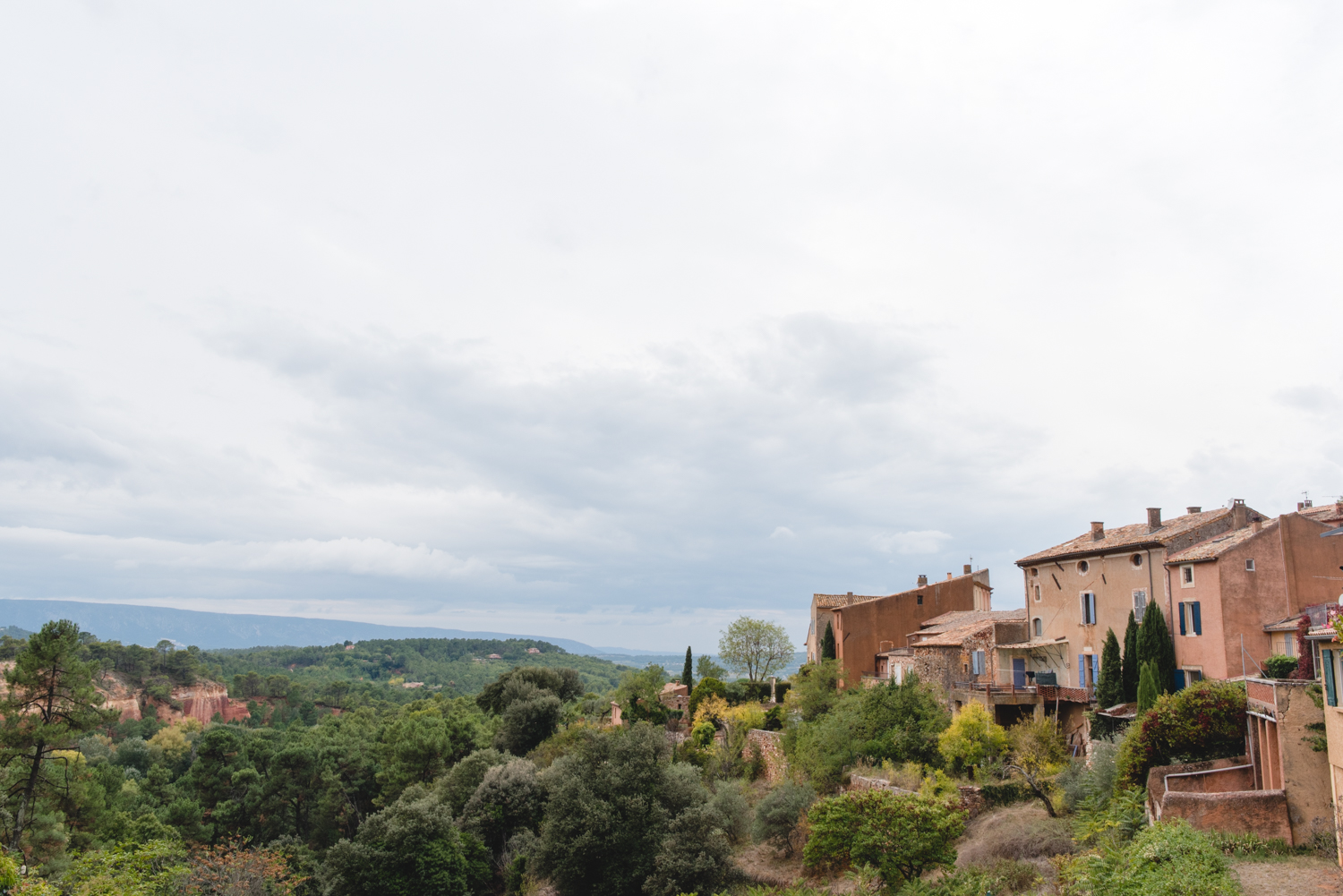 One of my favorite photographers and someone I absolutely love following on Snapchat, Jamie Beck, recently blogged about her own visit to Roussillon. It’s really interesting to see how differently we photographed the same village! A few of our pictures feature the same doors or the same little streets, but they’re presented in an entirely different way. Take a look at Jaime’s blog here.