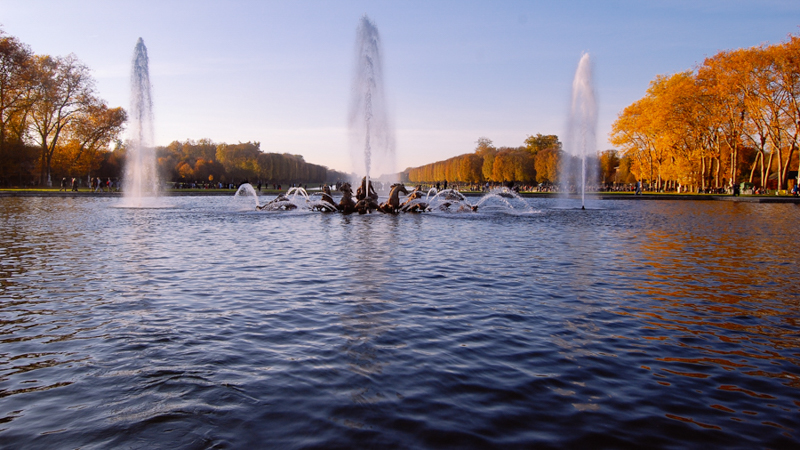 During the two years I’ve lived near the Versailles gardens, can you believe I’ve never seen the fountains when they’re turned on? You see, there are lots of Baroque fountains and groves peppered throughout the massive gardens, but since they’re so old, they can’t be running water constantly. So every weekend (excluding weekends in winter), all the fountains turn on and the entire garden is filled with the sounds of water and Baroque music. It really adds to the ambiance – which is impressive, considering the gardens already have a ton of ambiance to begin with.

My friend Katie had two free tickets to see the fountains, so we ended up going on the very last fountain weekend of the year. We also happened to catch the trees in their deep autumn state as the sun was setting. Everything I looked at was washed in golden light and surrounded by orange leaves. I’ve seen the garden many times, but that day, it looked extra beautiful.

We were excited to see a few fountains and areas that are normally closed off to the public, hidden behind walls of hedges. Even though I’ve walked through these gardens dozens of times, there’s still so much of it I haven’t discovered. In fact, one of the special fountain areas was the focus of the recent film called A Little Chaos with Kate Winslet.

I’ll let these photos do the rest of the talking! For more information on the Musical Fountains, visit the website. 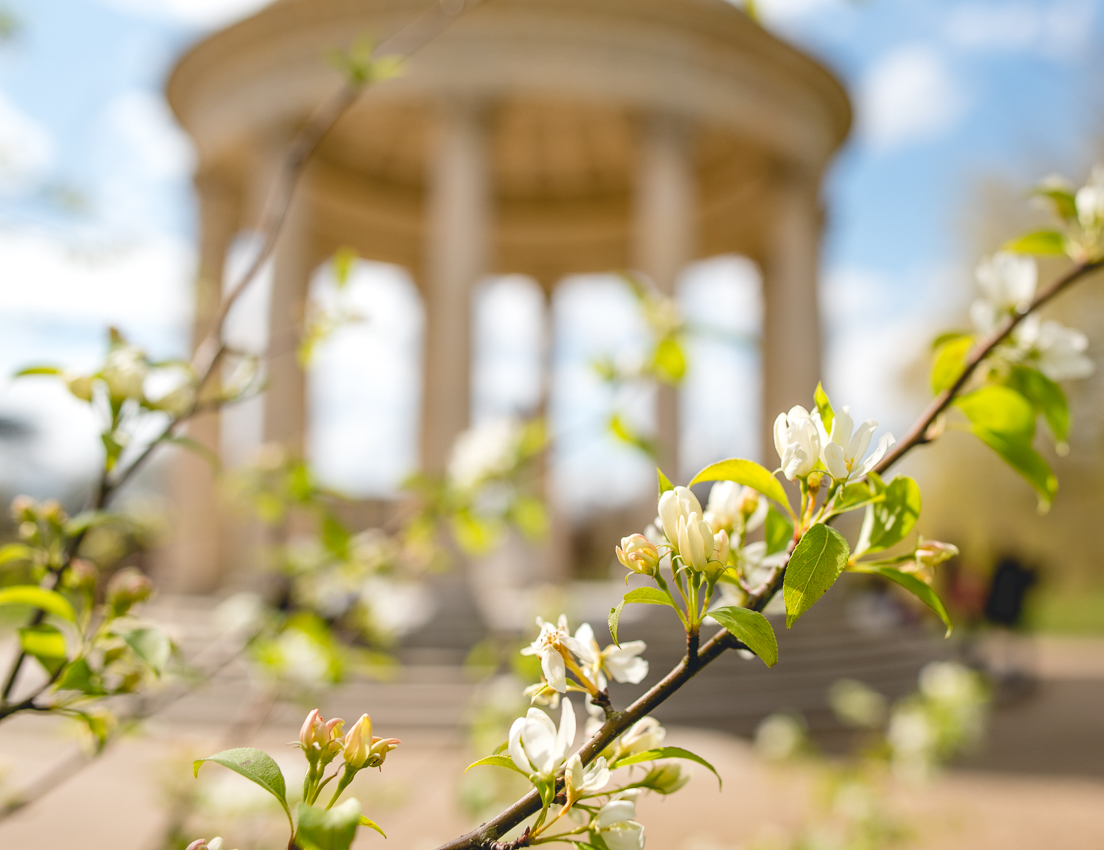 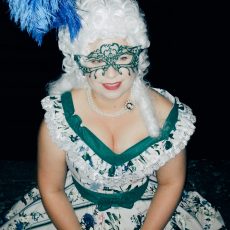