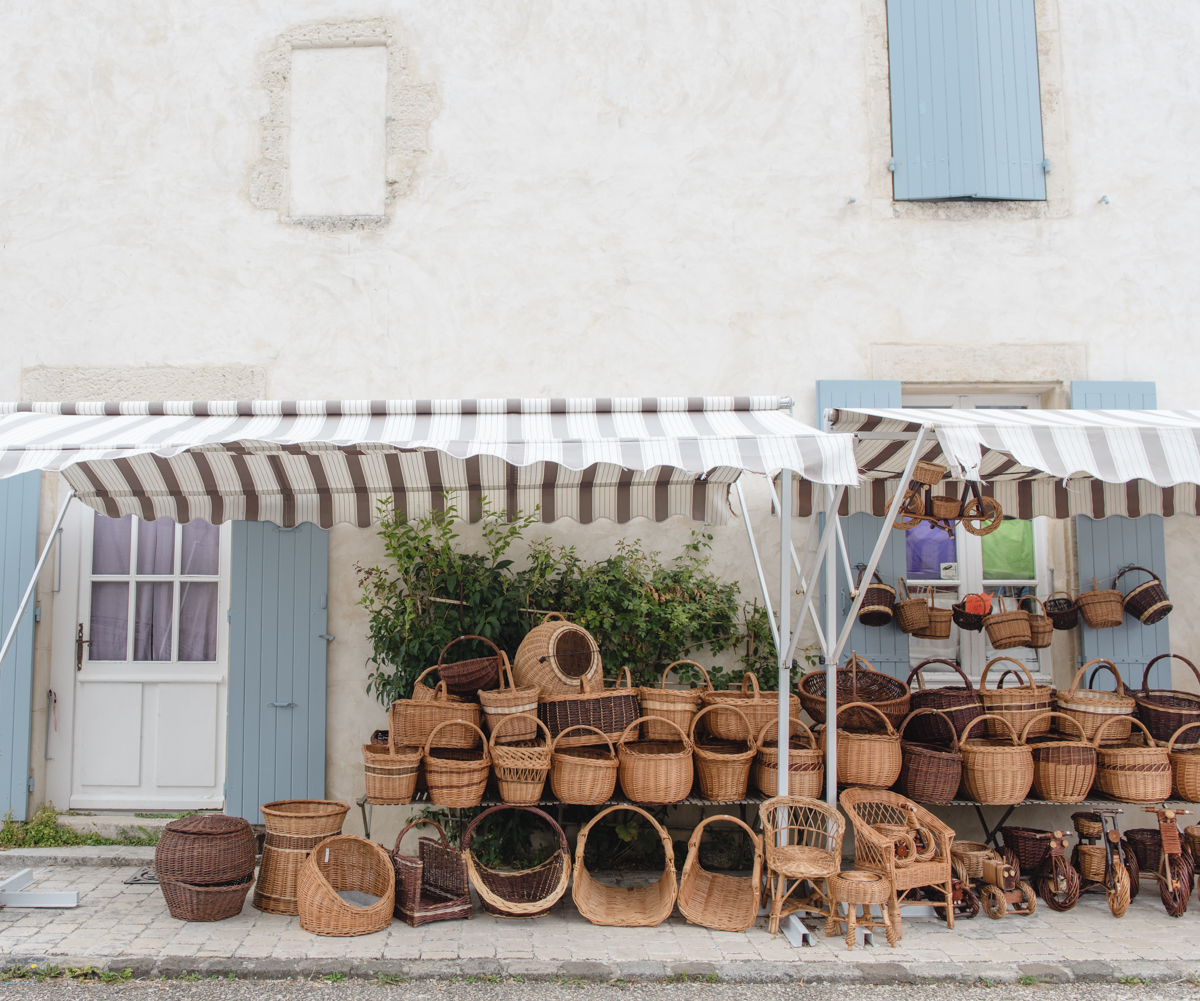 The History of Brouage

The citadel of Brouage is a walled, fortified city in the middle of marshland. It was once an extremely important center of the salt trade and made the kings of France A LOT of money in the 16th and 17th centuries. If you didn’t know, coastal marshes were once a huge source of salt, but now many of them are environmentally protected. In those days, salt was very important and valuable, partially because refrigeration wasn’t invented yet, so many foods were preserved in salt. Because of how important Brouage was, the king at the time went to great lengths to fortify the city so that it was practically impenetrable. After all, you don’t just leave your 50-million dollar diamond necklace just lying around – you store it in a very secure safe with extra security. The city is shaped roughly like a star with defensive towers on each point; every single square inch of the wall would have been protected from attack.

Brouage was originally established in 1555 on the old bay of Saintonge, which no longer exists today. Marshland is soft, wet, and muddy. It’s extremely fragile and constantly changing, and if you add salt harvesting into the mix, which involves a lot of disturbance of the ecosystem, there’s no predicting what will happen. No doubt because of the salt trade, the bay that once allowed ships to dock in Brouage and then travel out to sea has quite literally disappeared. The city was extremely wealthy, but only for a short period of time. Once the bay started to disappear, the export of salt became inconvenient and the city rather quickly fell into decline. Today, only a couple hundred people live here, if that. 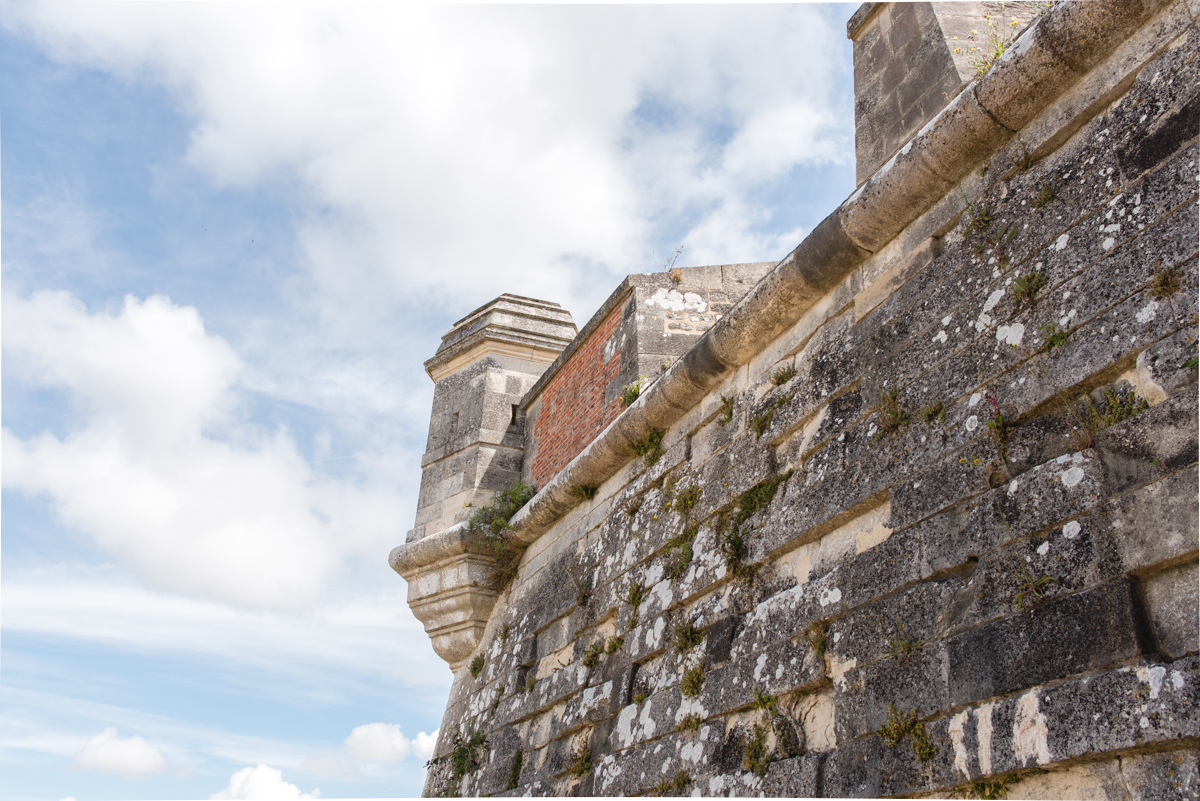 Not only were the walls strategically desinged to keep out enemeies – the entrances were like booby traps to deter unwelcome guests. For instance, if they thought you may be a dirty Protestant, they wouldn’t let you in without trying to kill you first (Brouage was on the Catholic side of the French Wars of Religion, and was a strategic stronghold during the seige against La Rochelle nearby).

On the walls of these trap-entrances, you can see tons of carvings in the stone, presumably created by these poor souls – initials, dates and drawings. 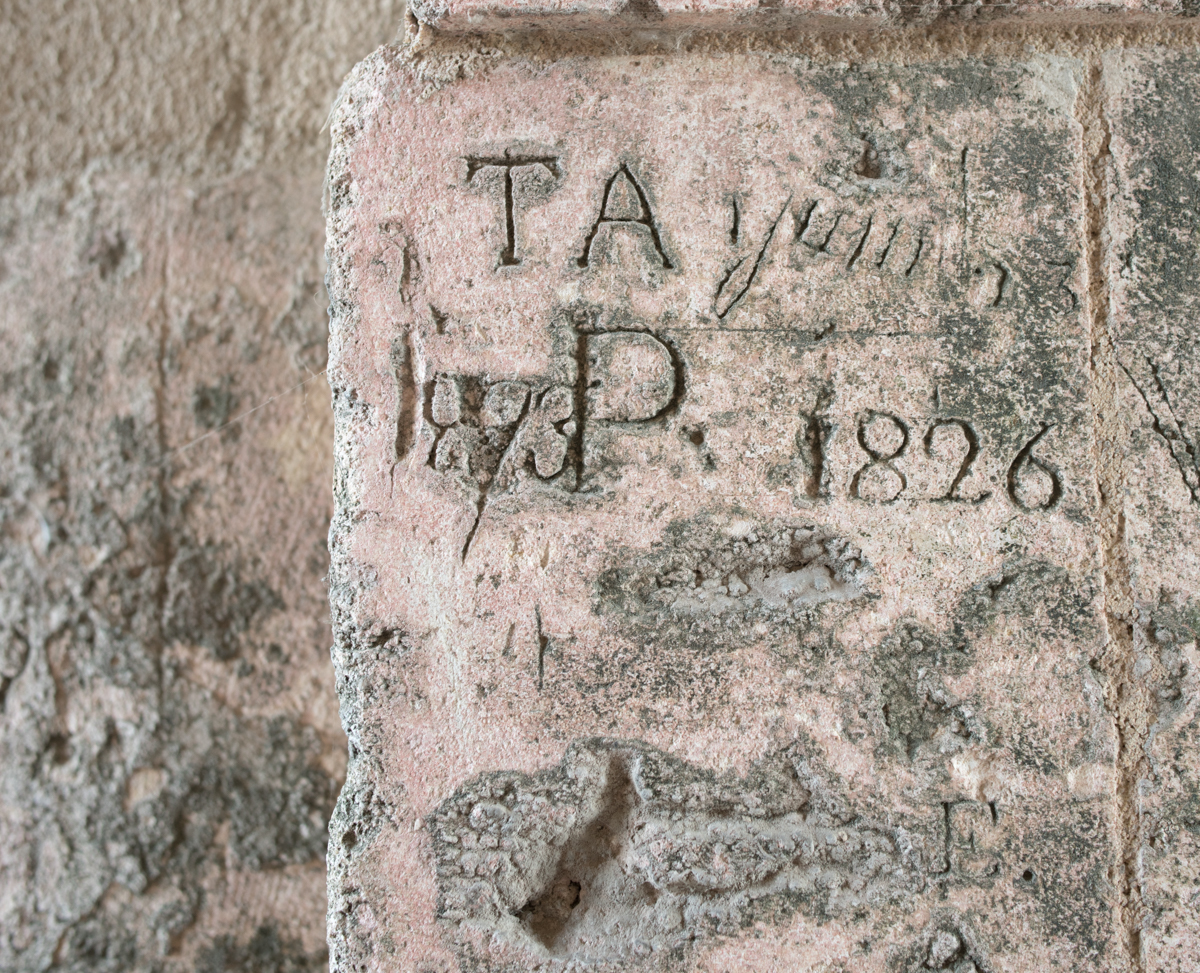 The most famous person to come from Brouage was Samuel Champlain, who sailed towards the New World from here and ended up being one of the founding fathers of Quebec in Canada… it’s a small world!

So, when somebody inevitably asks you about the history of the walled city of Brouage, just remember: Salt, Catholicism, and Canada.

The Streets of Brouage

The city itself is quite charming, with short stone buildings and cobblestoned streets that are all practically the same color – a creamy light beige, while the window shutters and doors painted in various colors really drive up the cute-factor. It’s very quiet and peaceful here, but about 400 years ago it was positively bursting with activity. 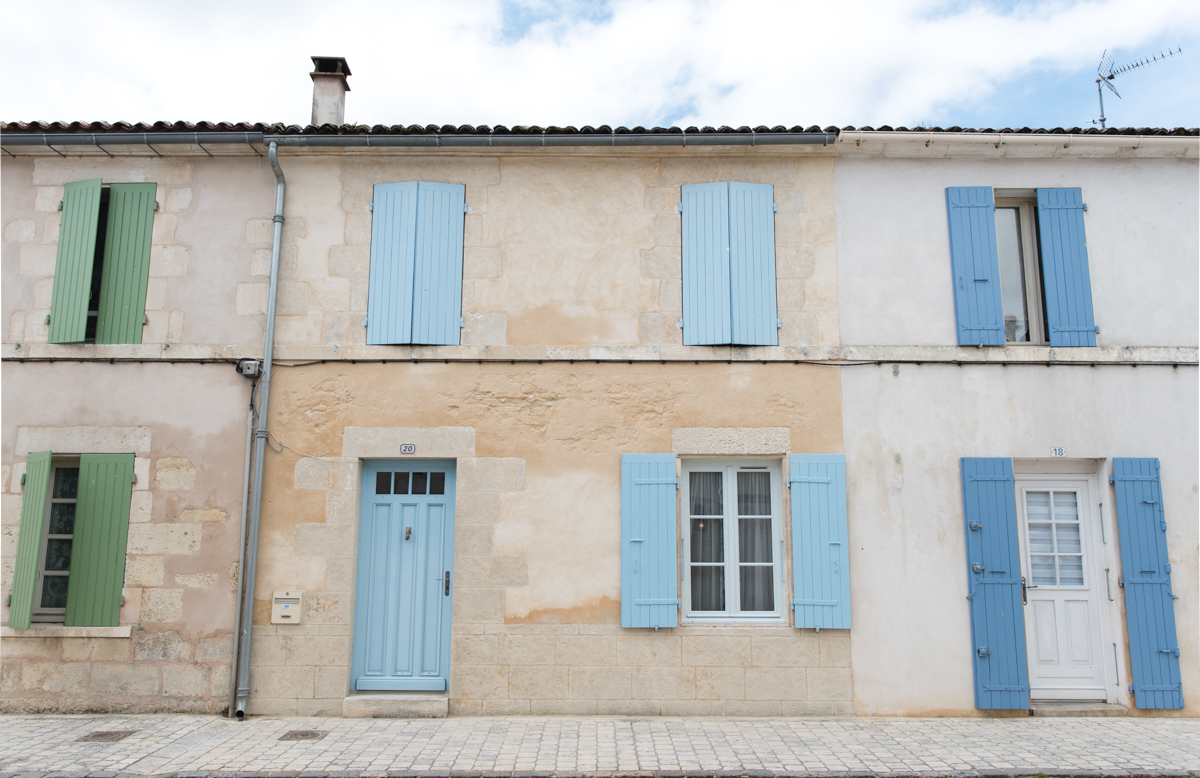 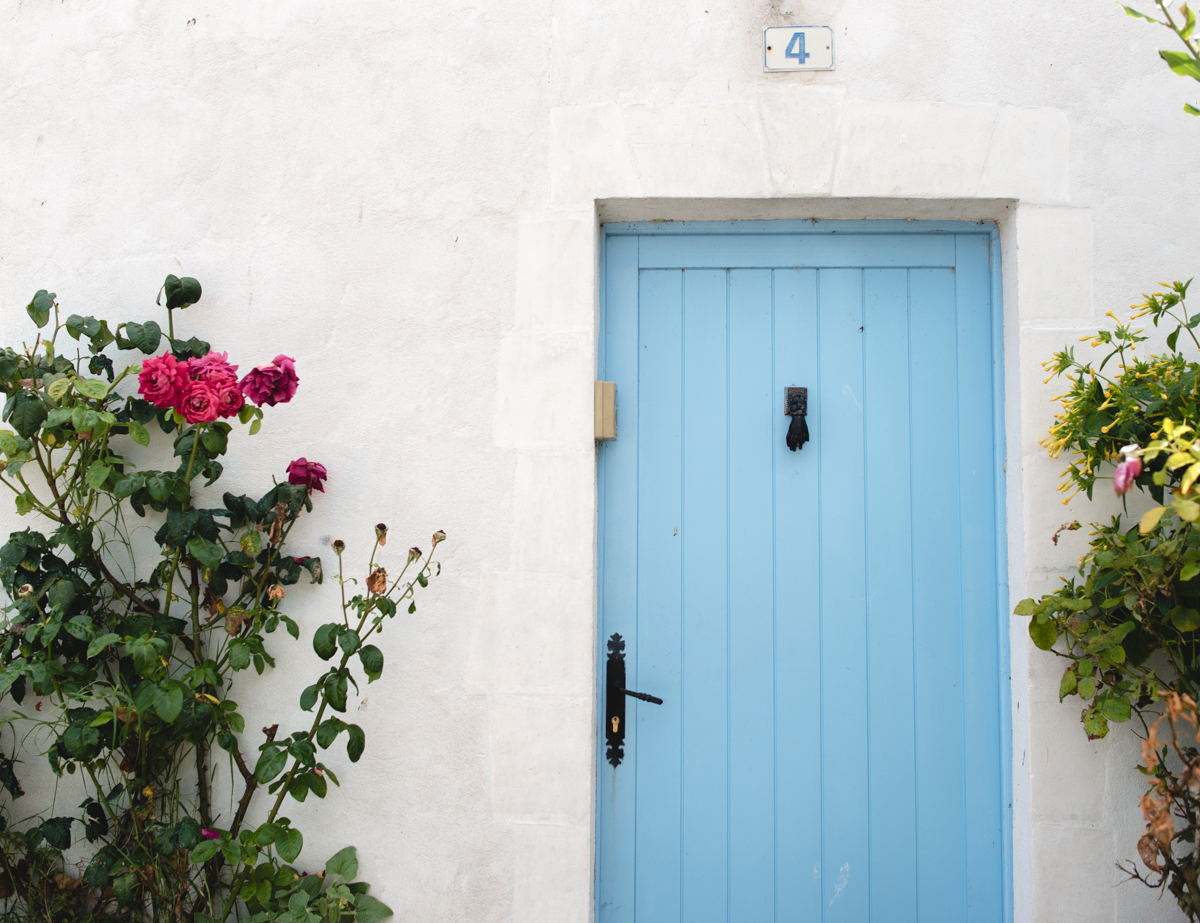 Along the main street you’ll find ice cream shops, a few cafés, a church and some boutiques, including an antique store. I noticed a ceramic shop and quite a few galleries showing artwork and accessories for sale. It is a tiny community, but seemed pretty interested in the arts.

In fact, Brouage was recently added to the Most Beautiful Villages in France list! See that list here. 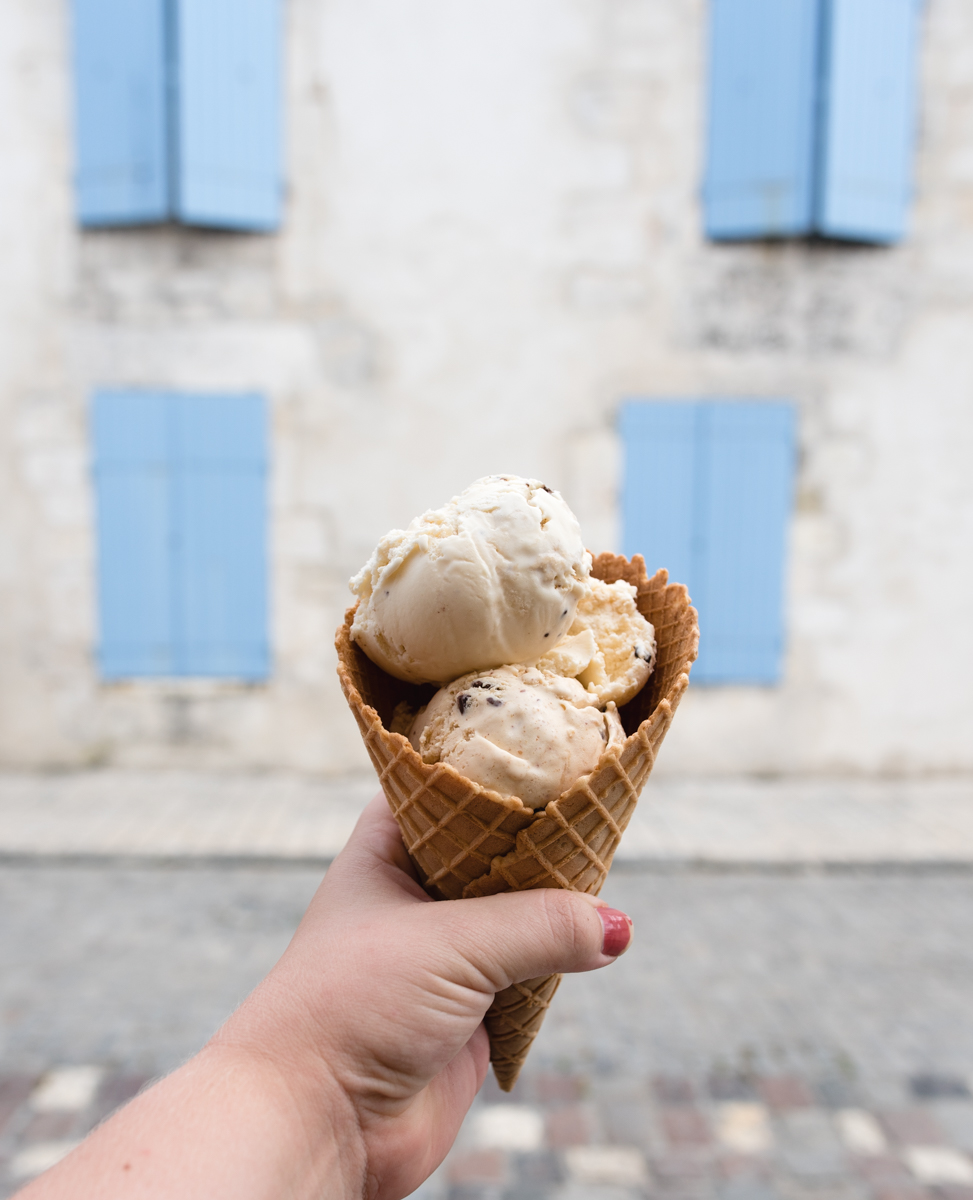 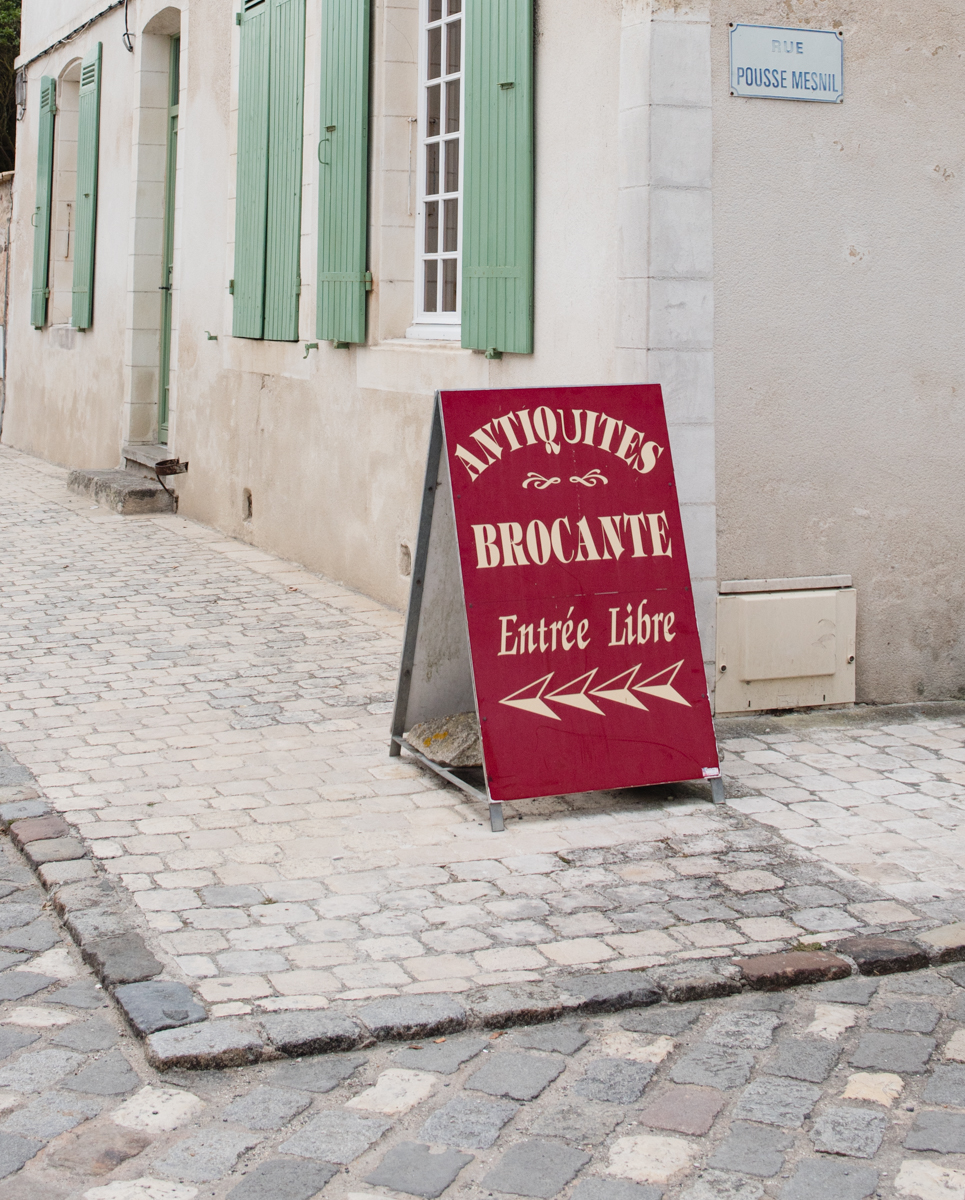 I noticed a ton of Hollyhock plants scattered around town – I’ve been trying to broaden my knowledge of plant and flower names, so I always try to take notice of common flowers in the areas I travel to. 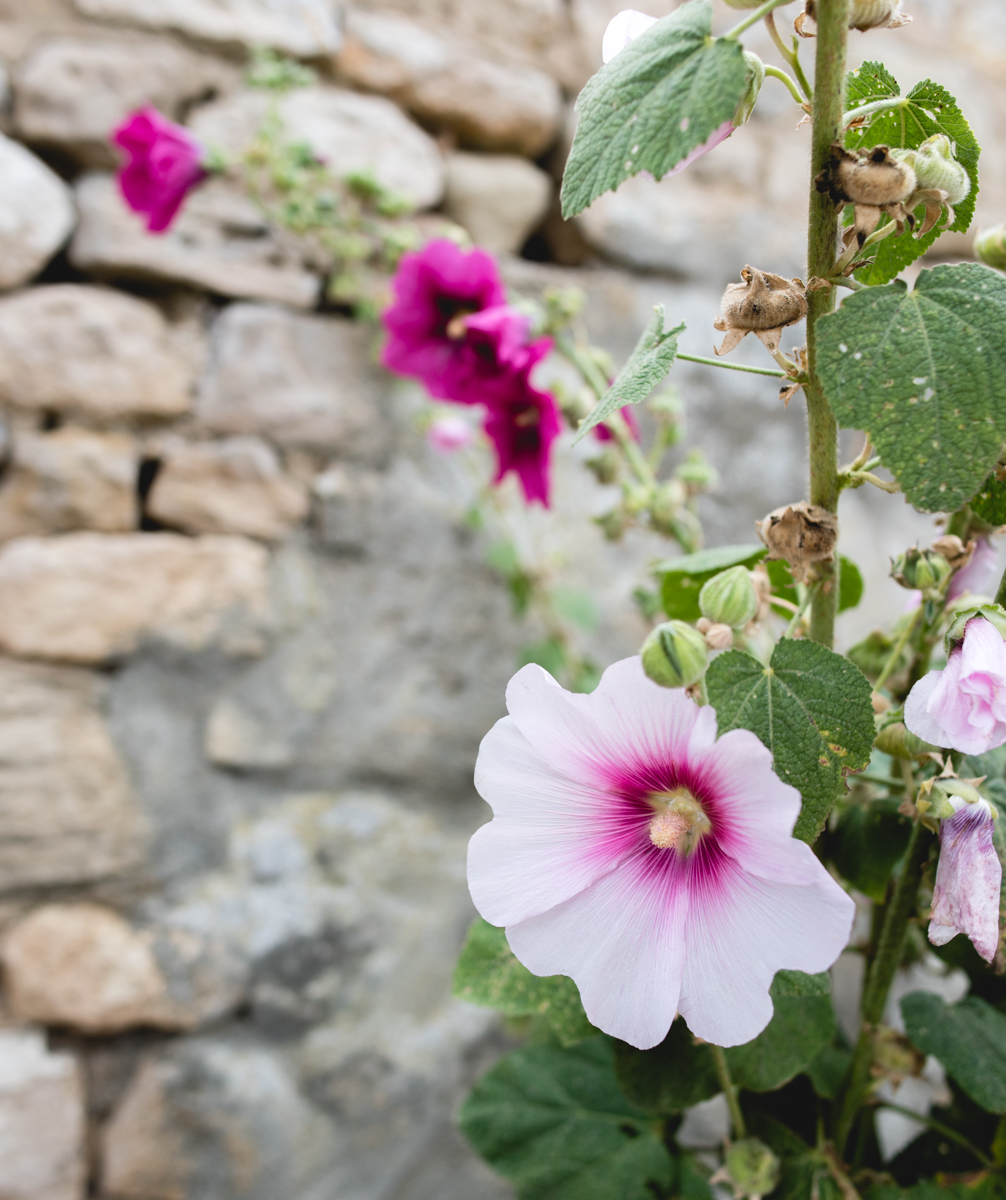 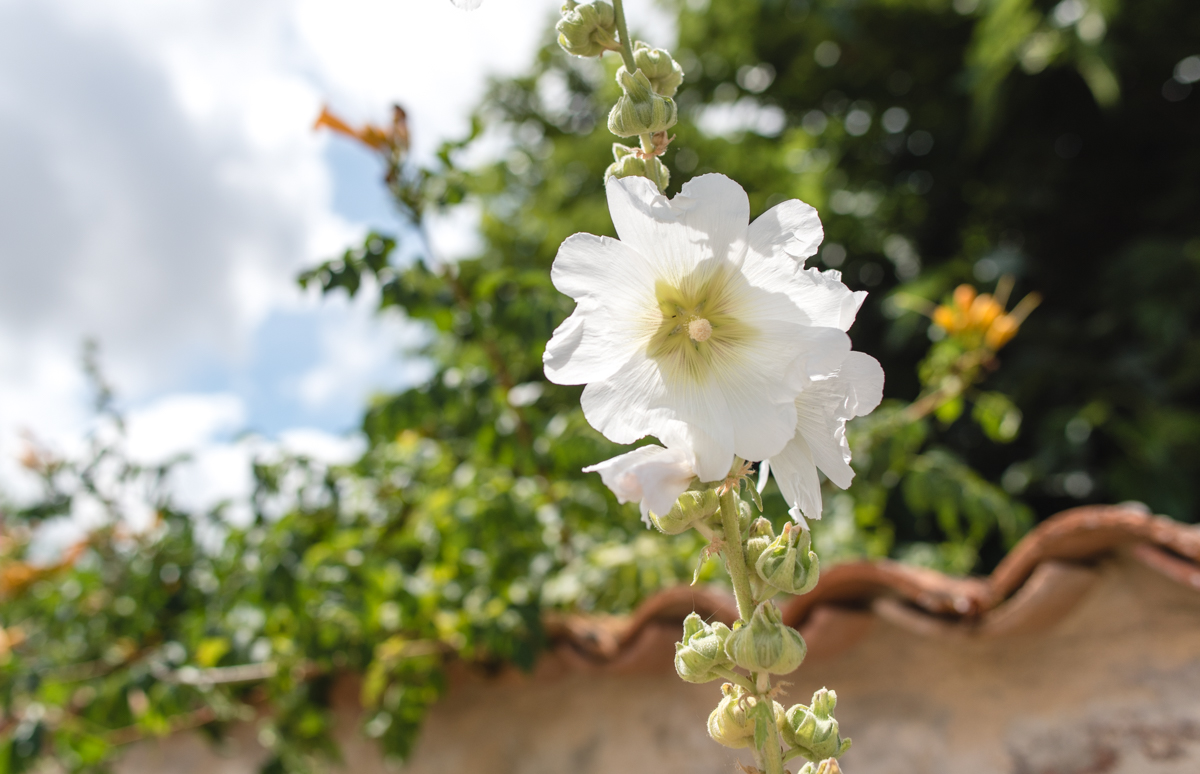 Some of the city walls are reinforced with earth, so what looks like a simple grassy hill, actually ends abruptly in a sudden drop off – the wall. Within these “hills” you may find a few underground tunnels that once led to incognito city entrances. There are also quite a few old buildings to explore, buildings where they used to store salt, food or even gunpowder. 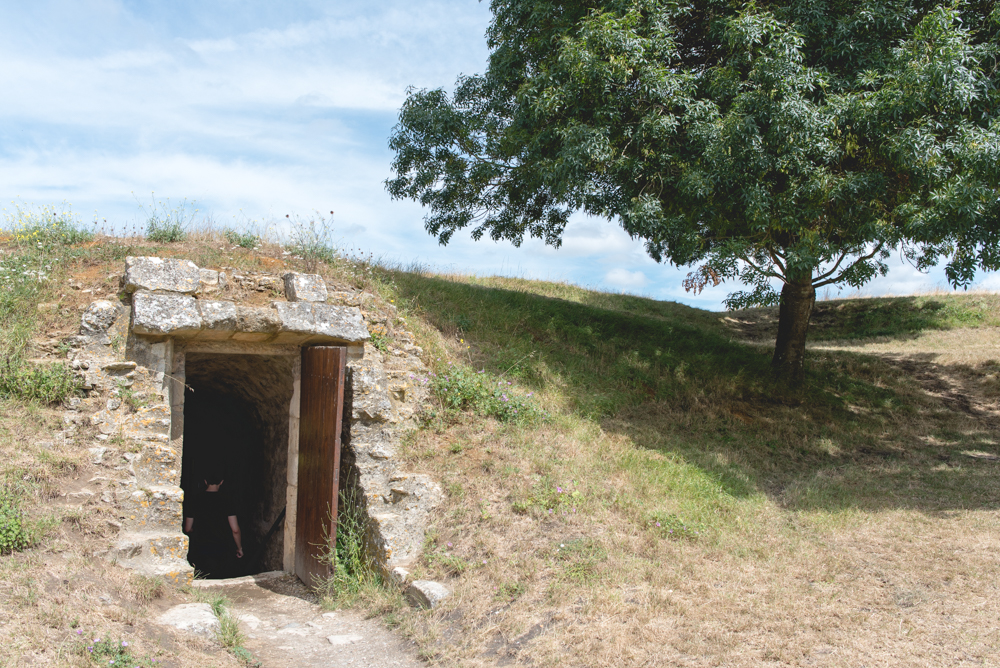 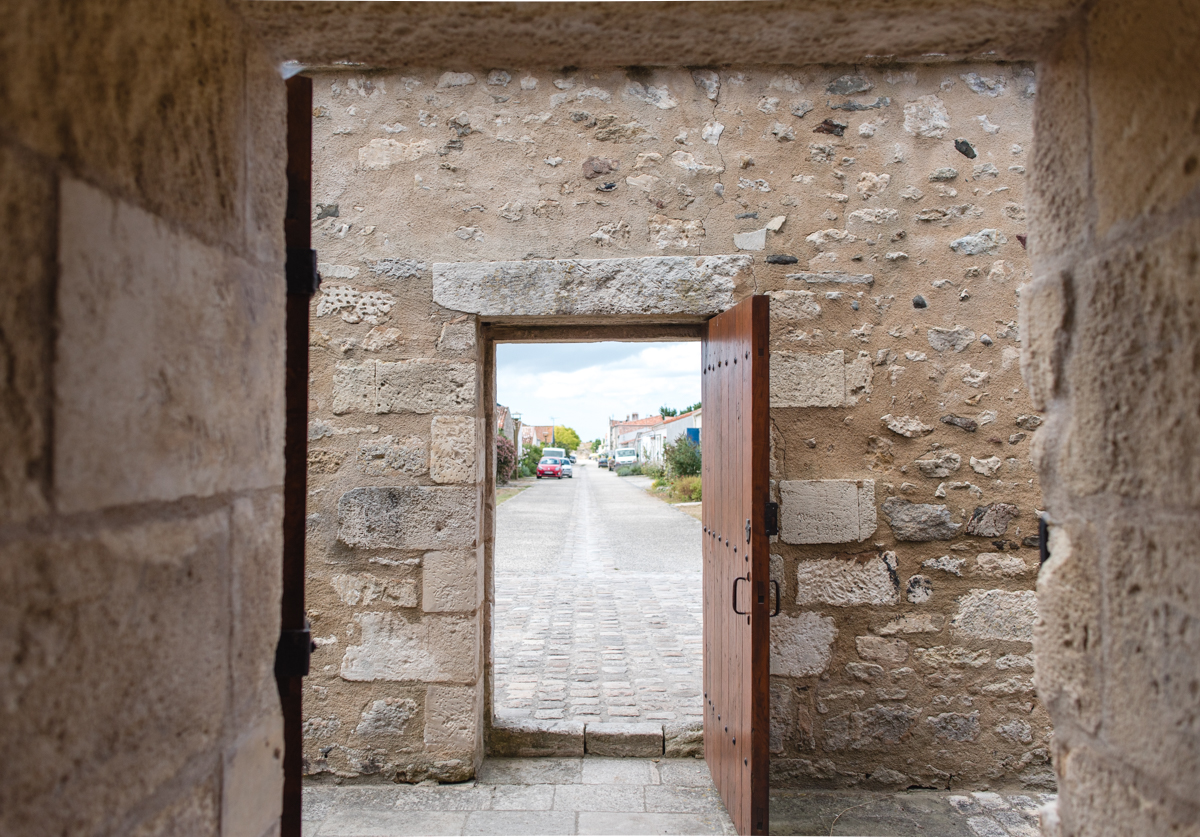 What fascinated me the most about Brouage was its transience. At one moment, it was an extremely wealthy and powerful center of maritime commerce, and now it’s as quiet as a ghost town. I’m willing to bet that nobody at that time expected it all to go away in less than 100 years. The fate of thousands, the wealth of kings, altered by the whims of nature. The constantly shifting water and mud of the salt marshes turned this city into an obsolete hunk of rock.

…Of course, it may be obsolete in the context of the international salt trade, but it’s a fantastic place to visit! Check out the tourist office website of Brouage here. We were able to take a tour in English, so don’t be put off by the French website – just use Google Translate!