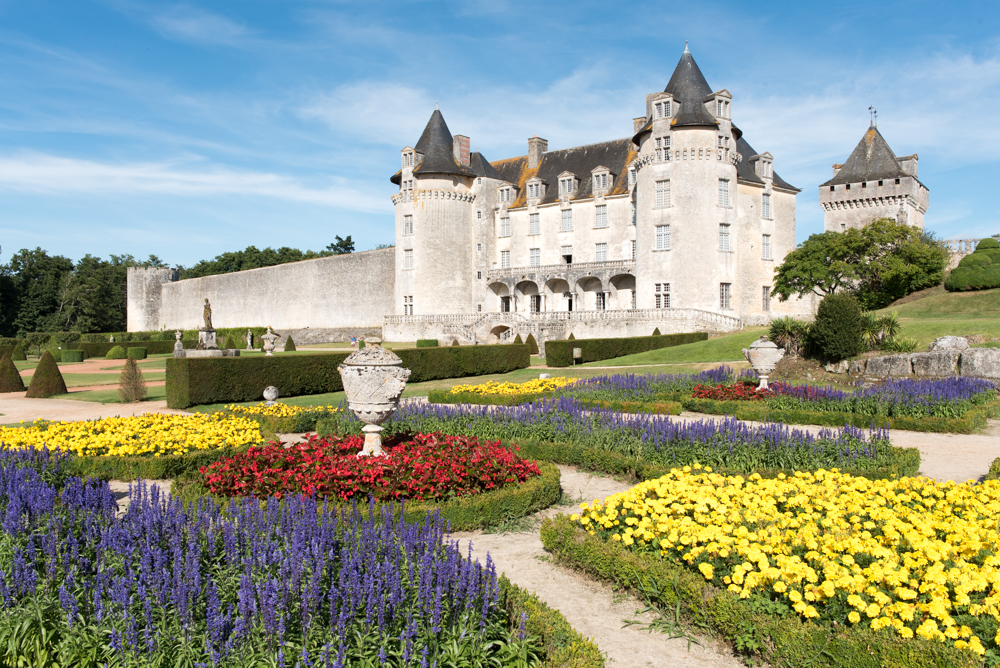 You can visit the castle year round, except for when the current owner is living there 15 days out of the year. Can you imagine being able to say “Farewell, I’m off to my castle for the summer!” It must cost a fortune to maintain a property like this! 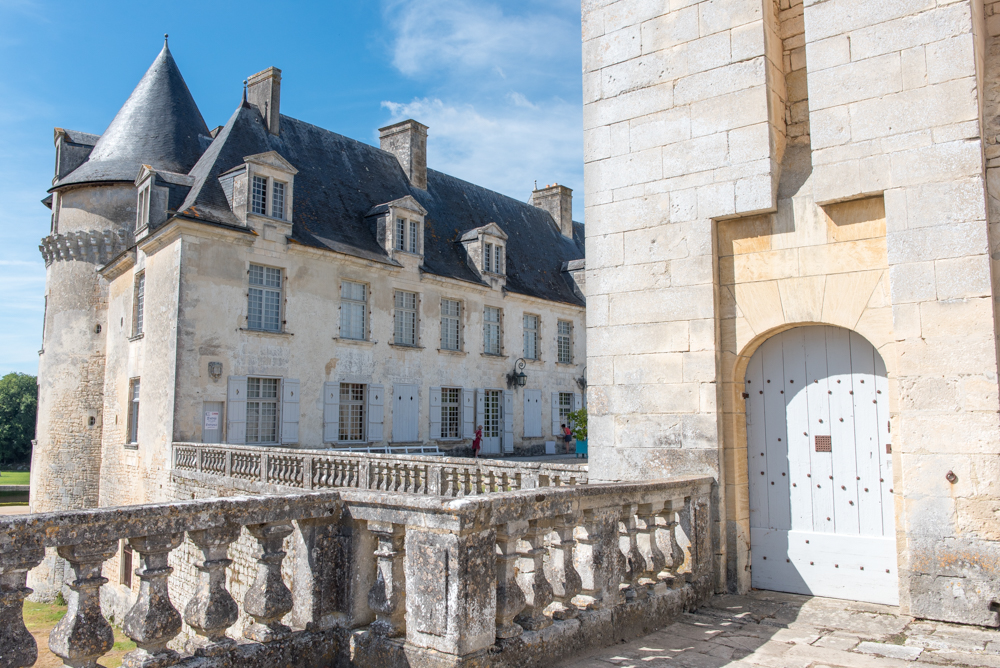 Unfortunately, I was not allowed to take photos of the interior, but it was gorgeous. You can see some images of the inside on their website here. The photographer within me was dying because there were so many amazing things catching my eye – giant copper pots and pans, original 17th century painted ceiling beams, an amazing trunk that opened up into drawers (the precursor to the modern dresser), and a fireplace that was taller than me, equipped with an innovative weighted crank system that turned a pig on the rotisserie, so the servants wouldn’t have to turn the rotisserie themselves for hours on end, and suffer from heat stroke as a result. This place is a legitimate castle with all the bells and whistles. 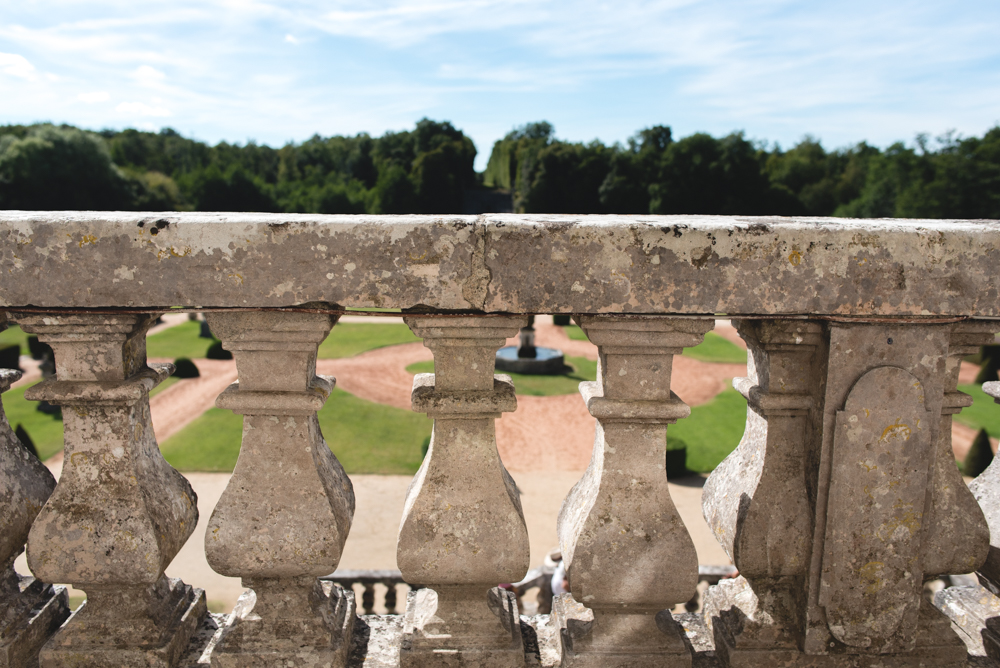 The castle was originally built for defensive purposes only around the year 1475 in anticipation of an English assault, but the conflict ended before it was finished. It was a defensive fort that no longer had a purpose, so in the 17th century, a guy named Jean-Louis de Courbon renovated it into a habitable, comfortable space to live in. At the time of the renovation, it was already over 100 years old, and now it’s over 500 years old… that blows my mind.

Mr. Courbon outfitted one of the round towers with painted wooden paneling – every wall and the entire ceiling painted in mythological scenes. I asked our guide how much of it had been restored and she said it barely needed any cleaning because it had been preserved so well! Some of the most interesting features of the castle were in this tower room. First of all, there was a secret passage behind one of the wood panels that led down to the basement/dungeons (SO COOL), and secondly, there was a bathtub carved into a stone wall behind the wood panels. Now, why on earth would there be a bathtub in someone’s study? What’s more, the bathtub was set within an archway covered in paintings from the Passion of the Christ, a theme in direct conflict with the Greek and Roman mythological stories on the surrounding panels in the rest of the room. Either it was a baptismal OR whoever carved out the bathtub was a real prude and had to be reminded of God while he/she was naked in the tub. You’re especially prone to sinful lusts of the flesh when you’re naked, after all. Our guide presented it as a complete mystery, apparently nobody has any idea why there was a bathtub in the study. 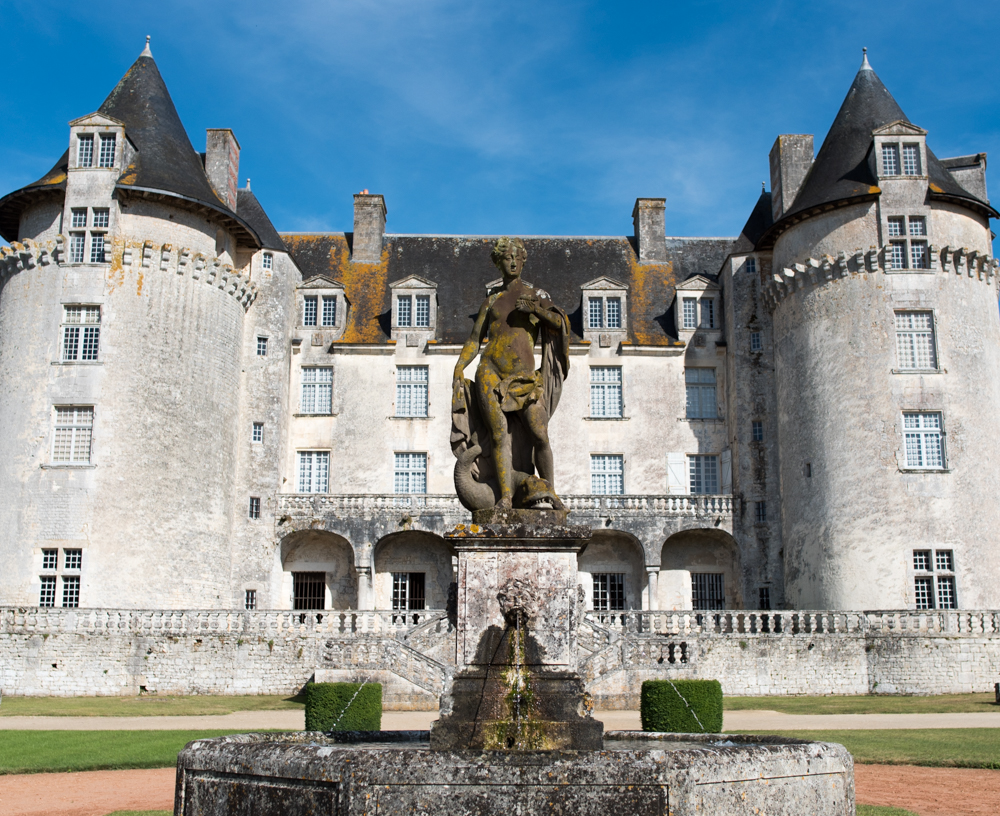 We didn’t have too much time to explore the gardens but we learned something fascinating about them. Part of the gardens are literally supported by stilts because the earth underneath is so unstable and constantly changing. This region is known for its salt marshes and water-logged earth, so they had to find a way to prevent the landscaping from sinking over the years. It took  many, many years, but they eventually installed a series of very long metal poles in the ground that are firmly planted on the bedrock below. How insane is that?

On our way out, we asked the employee in the gift shop how much it would cost to rent this place out as a wedding venue, just because we were curious (I’m not planning a wedding anytime soon). He told is it’s only like 4,000 euros and includes some things like furniture and drinks, which isn’t bad considering it’s a freakin’ castle! I’ve heard of much less exciting venues in the US going for way more. 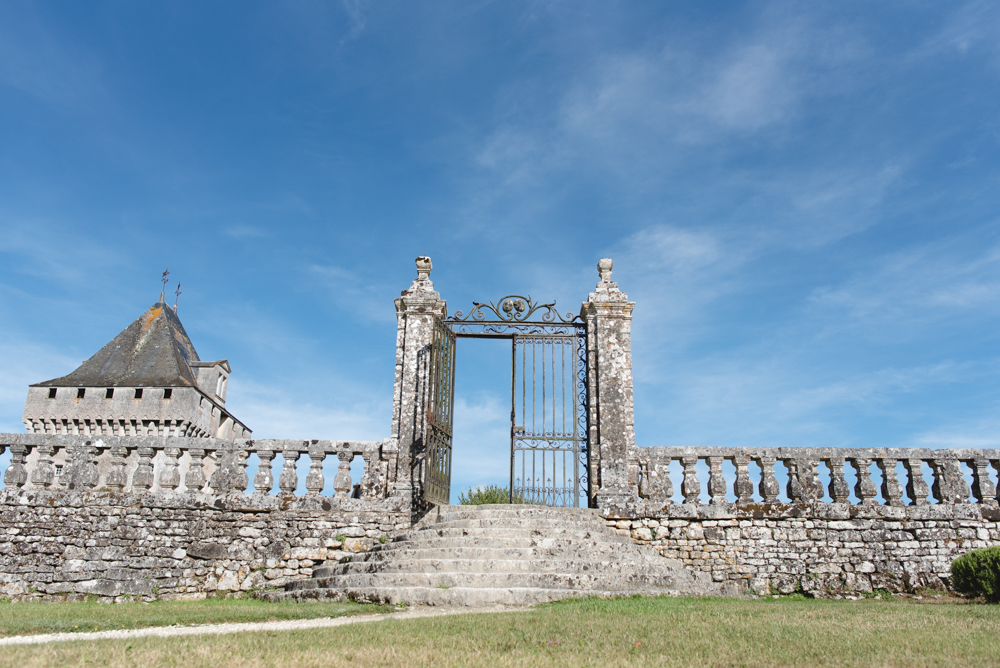 If you’re planning to come to this château, you’ll need a car. We picked up our rental car from a company just outside of the main train station in La Rochelle.