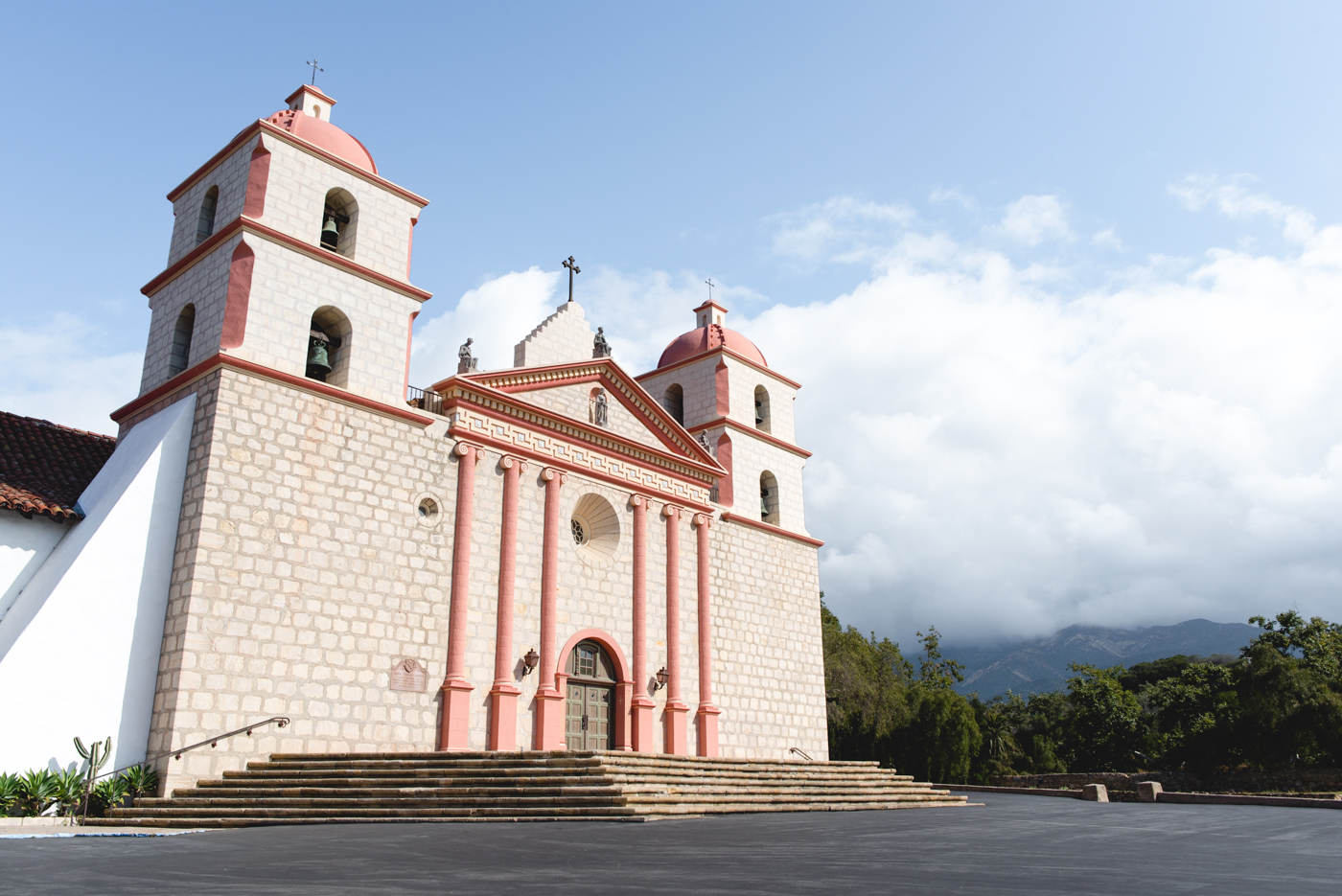 It was very exciting for me to be able to discover and photograph a real piece of California history. I encounter amazing historical buildings everyday in Paris, but I don’t feel as deeply connected to Europe as I do with my home state. It was also a nice change to see so much texture and color – I was especially drawn to the salmon colored columns against the warm, rough stones and orange terra-cotta tiles. 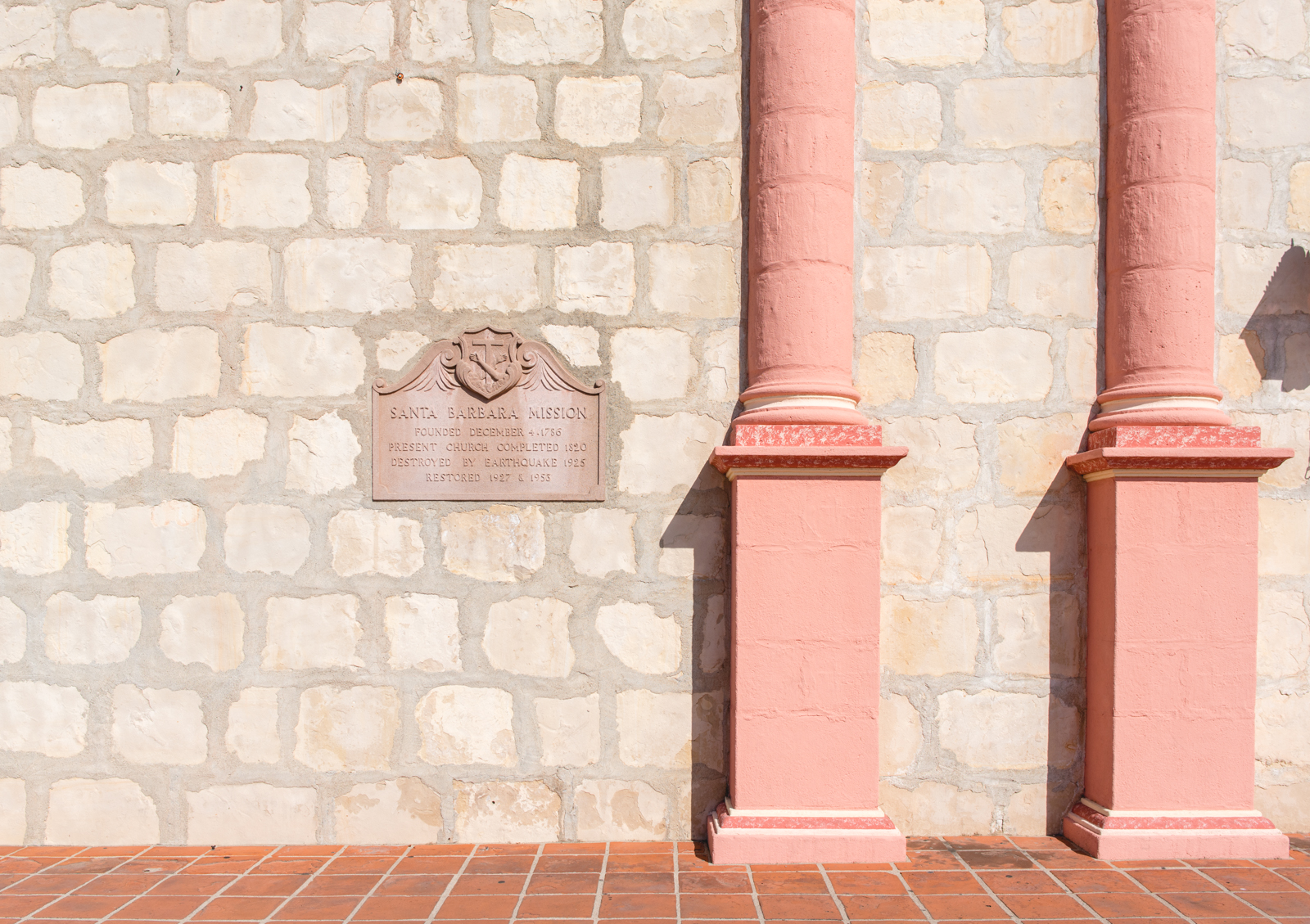 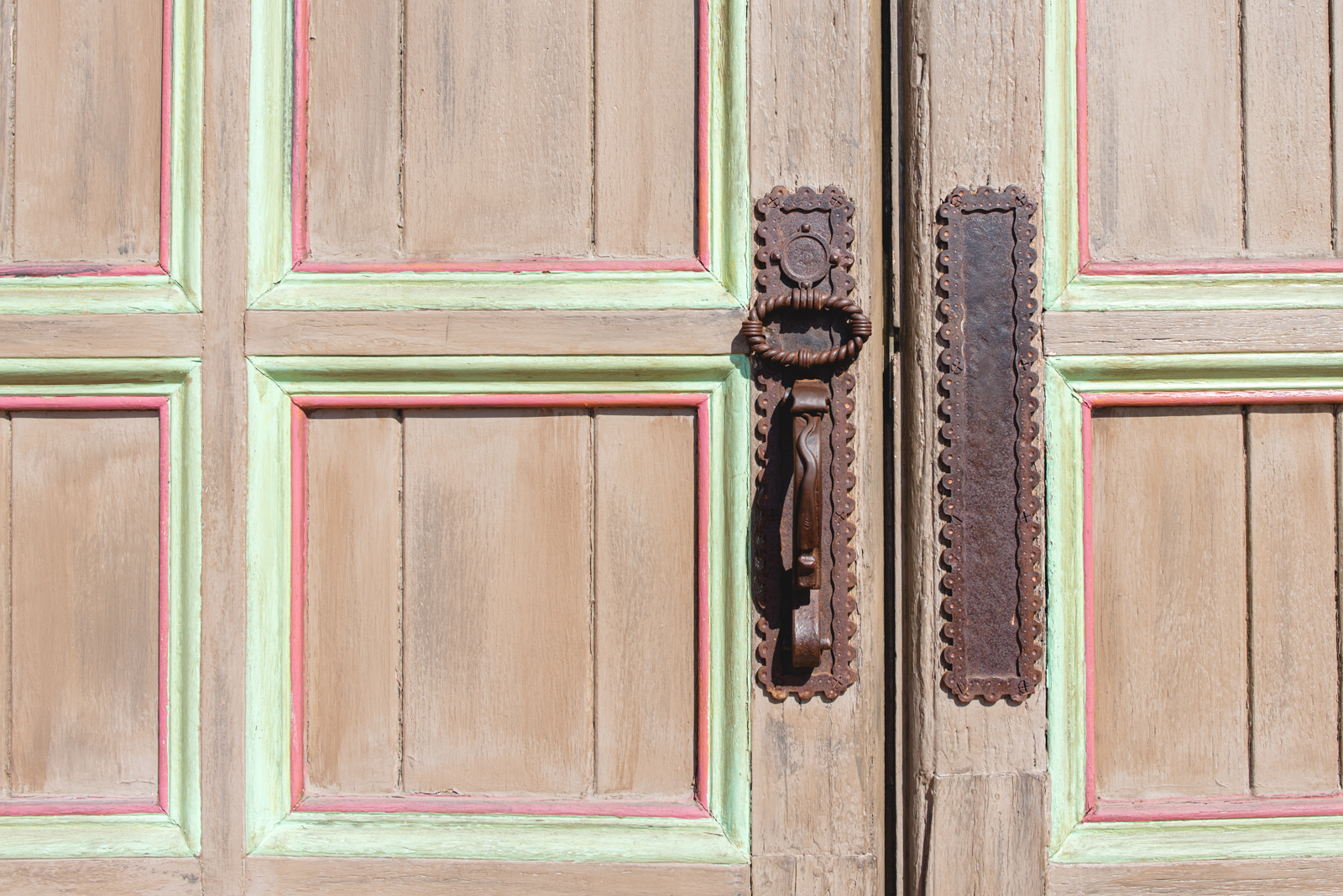 I don’t often get to play with harsh sunlight and cacti in Paris, but it makes for really striking pictures. I’ve always had it in the back of my mind that when I move back to California, I won’t be as inspired, because there’s nothing beautiful to photograph. But visiting the Mission gives me hope that there’s still so much material to work with! It’s just a completely different vibe than Paris. 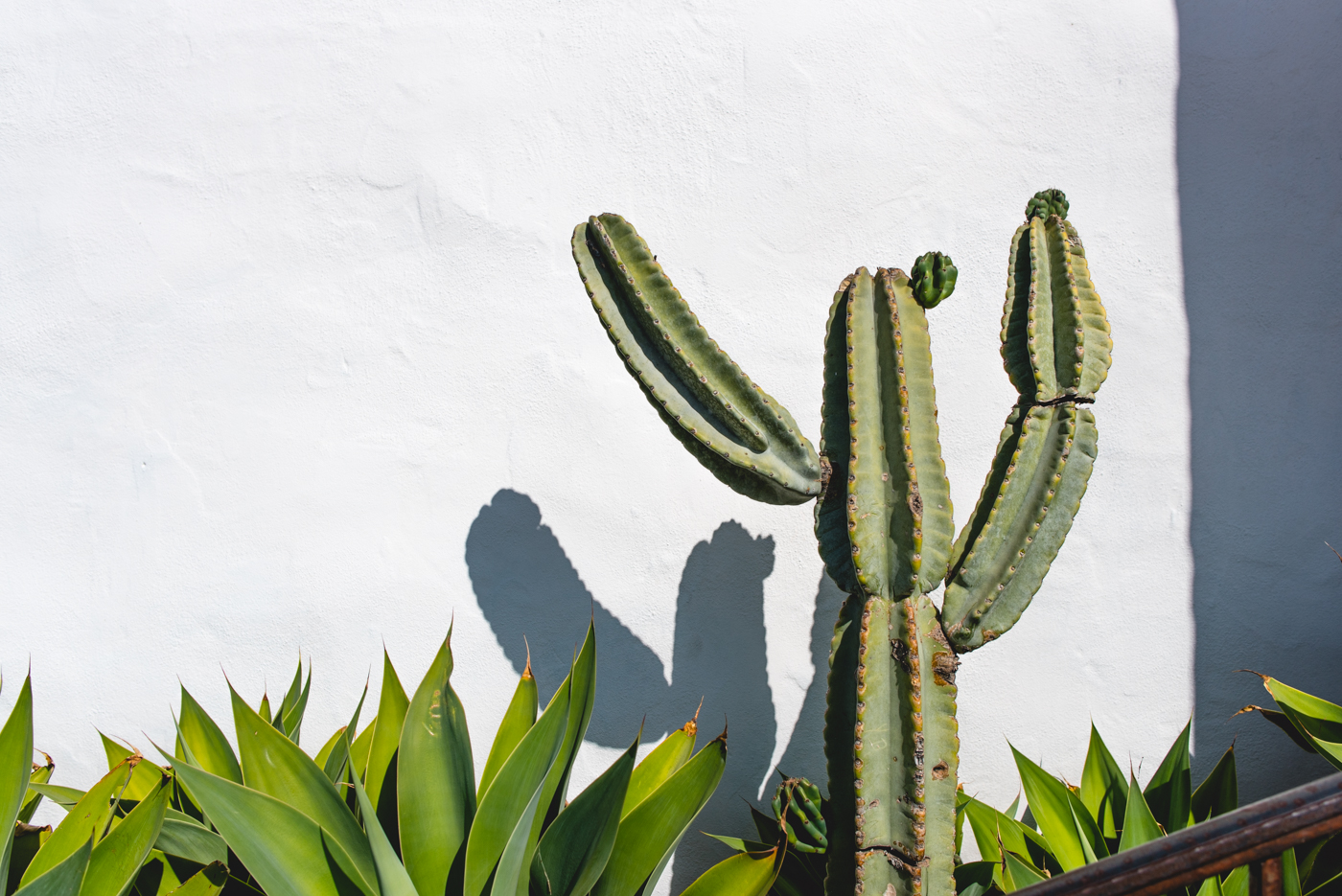 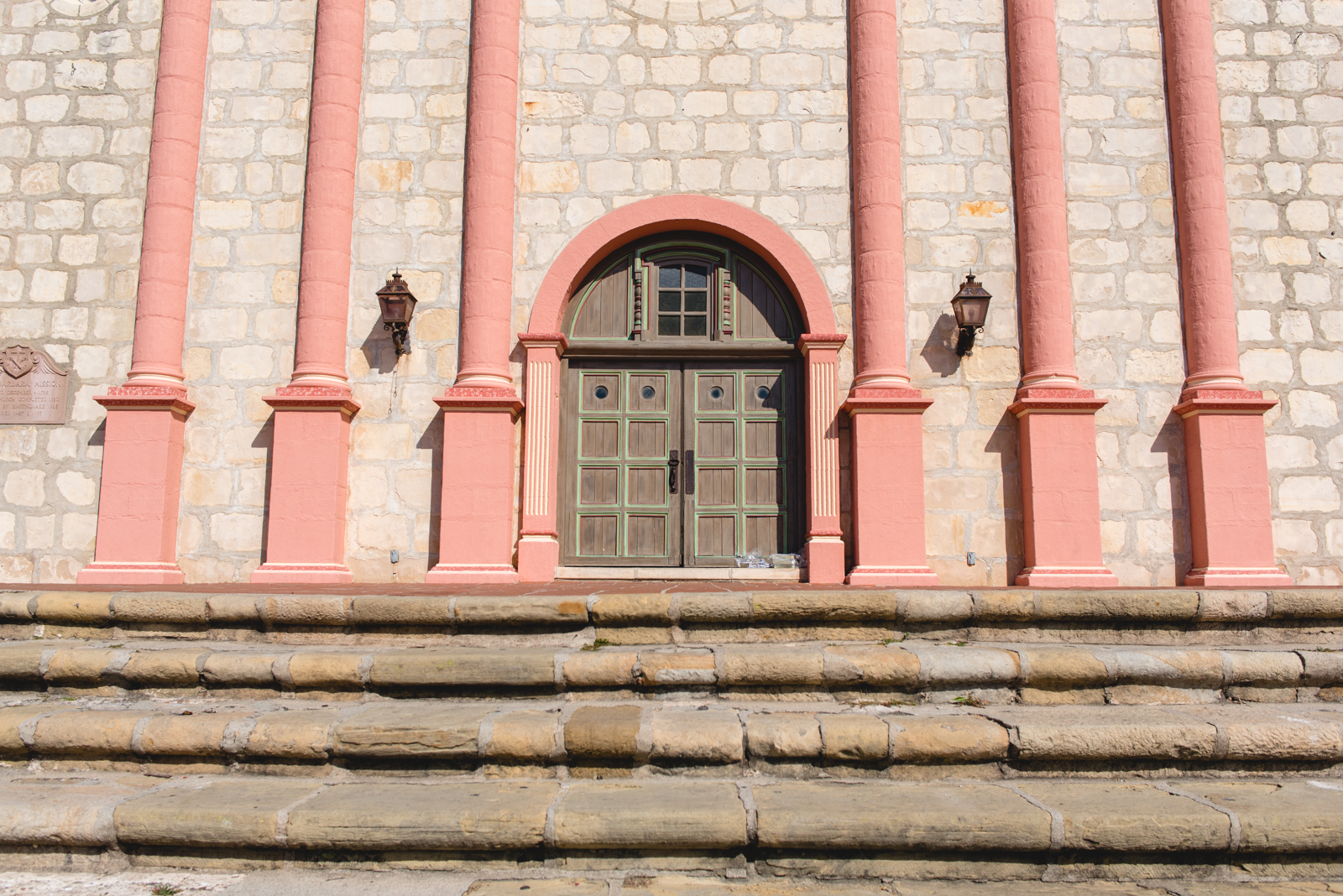 Entrance to the Mission costs a few bucks, and they have some pretty extensive artifacts and information laid out in glass cases throughout. We first walked around the central courtyard, which was looking a little dry due to the drought, but still pretty nonetheless. 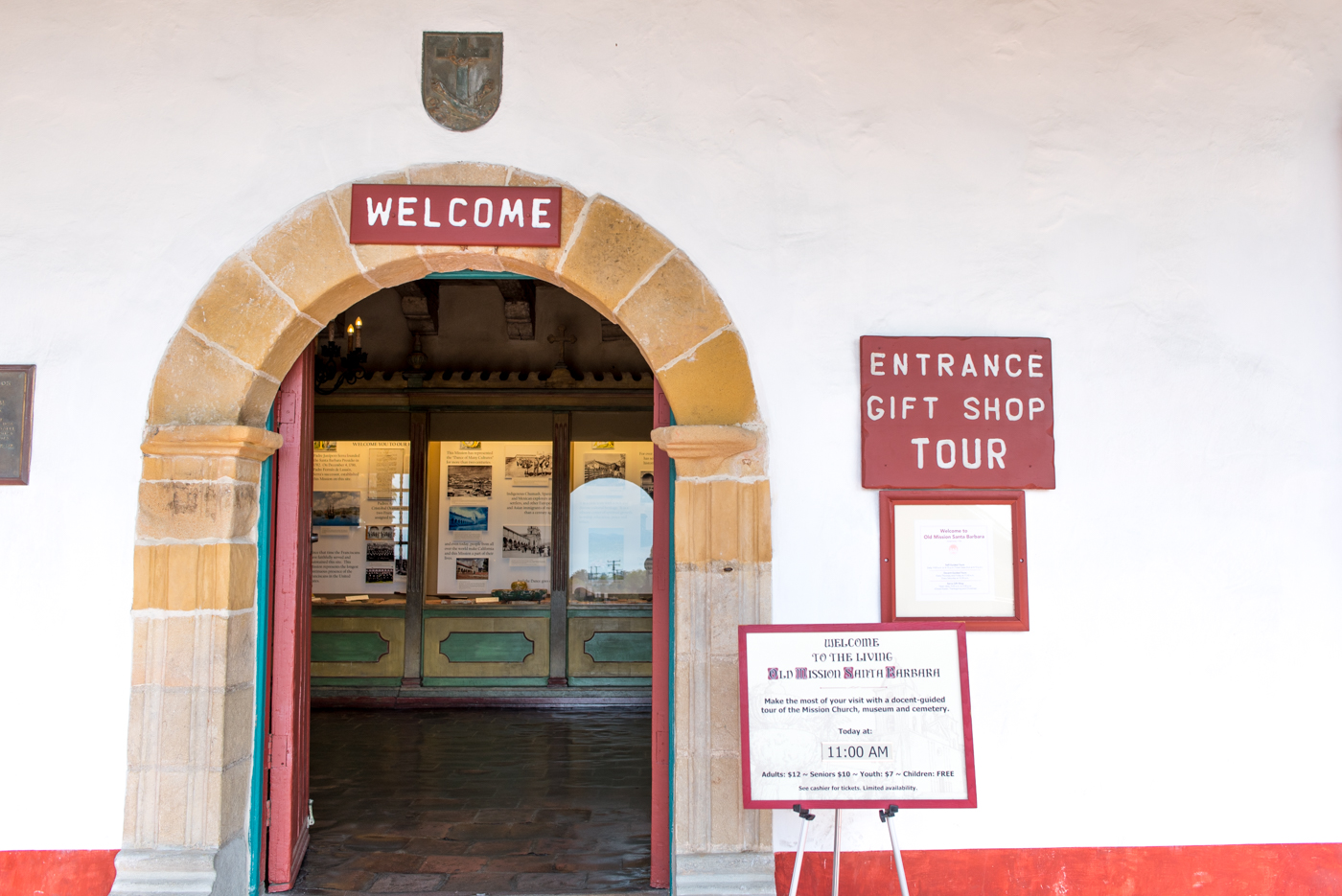 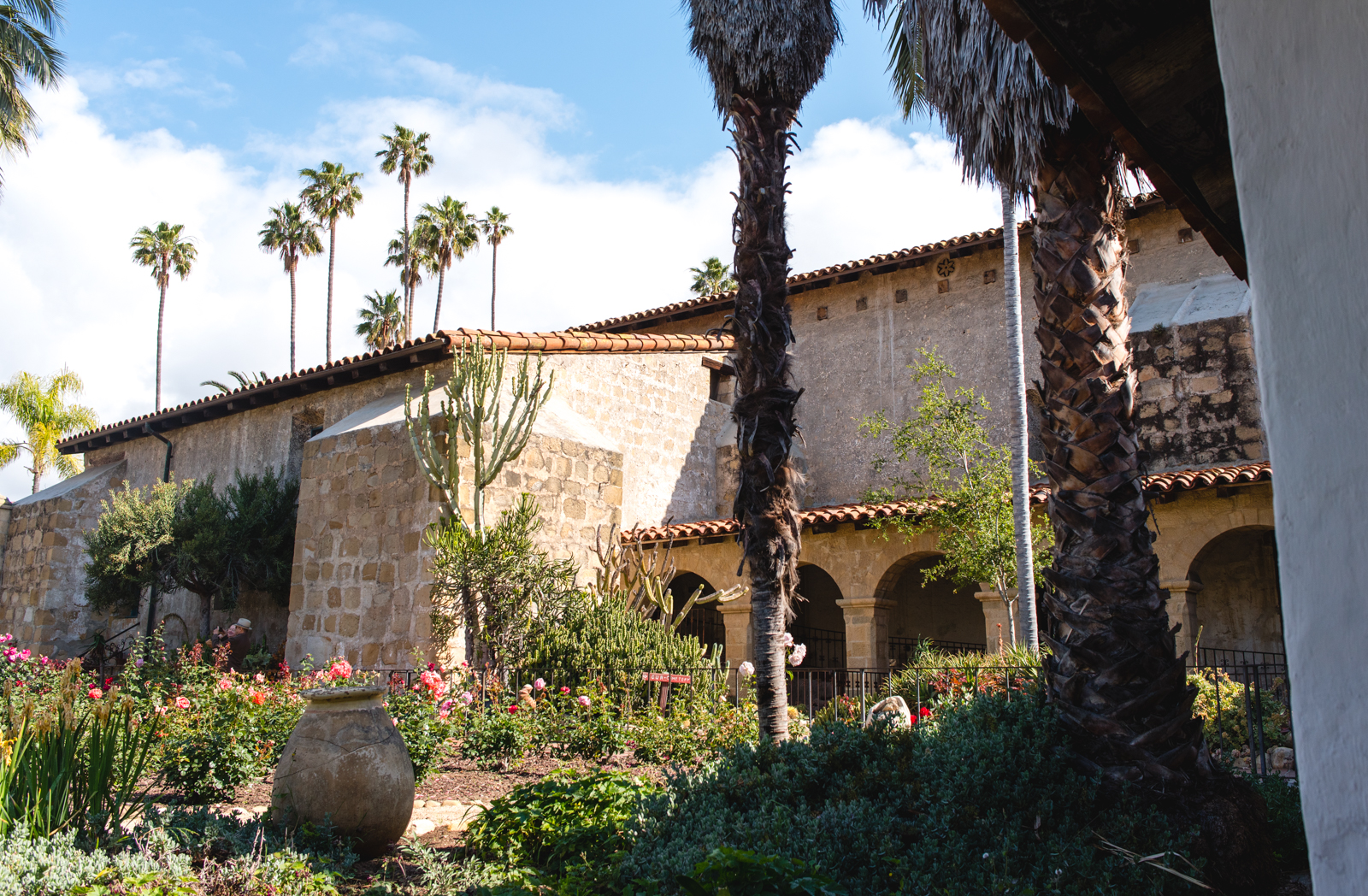 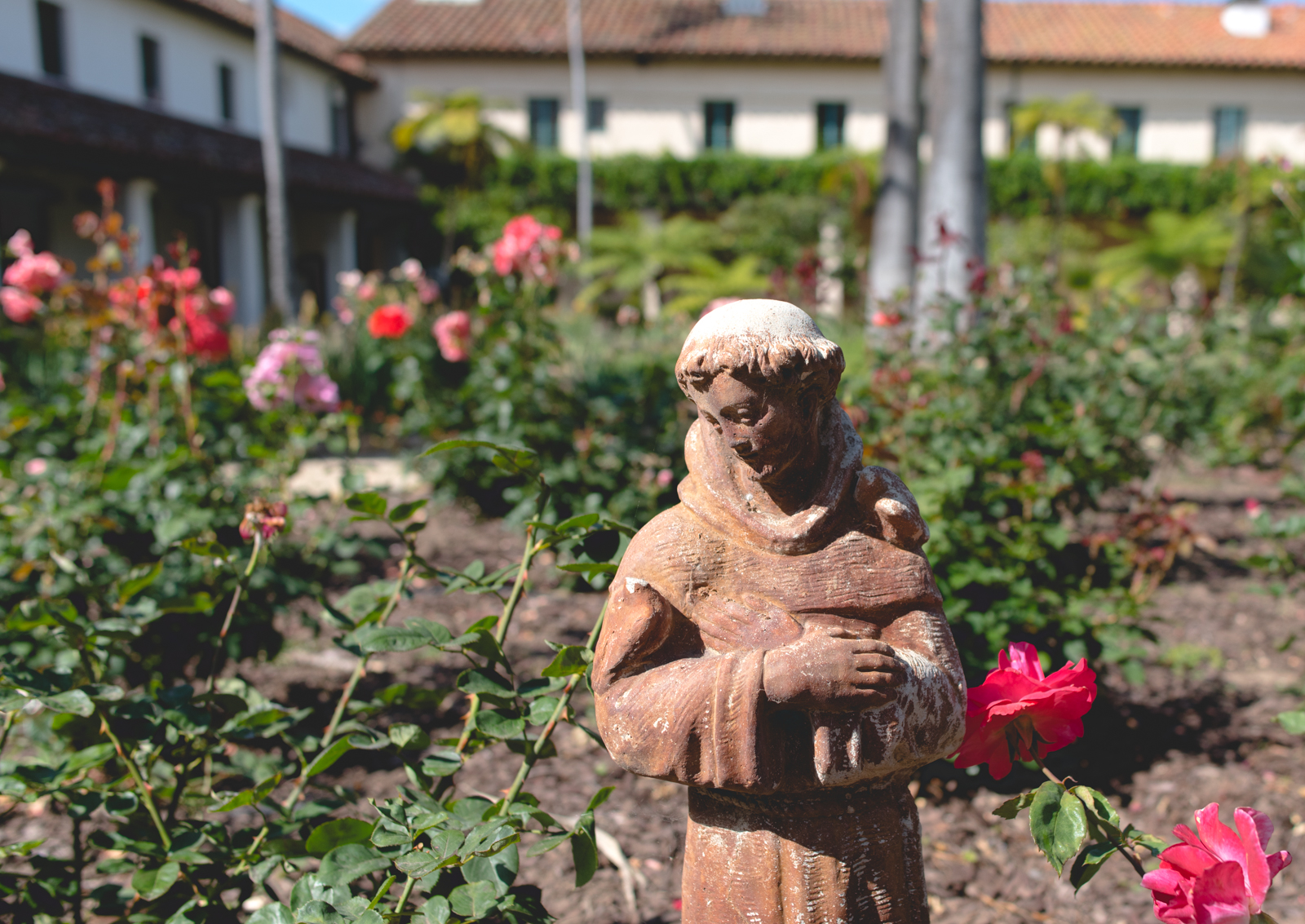 I can’t stress enough how happy color makes me. I love the way the photo below has warm creamy yellows and bright oranges, paired with the cool green of the cacti and turquoise window frame. Sometimes, you gotta stop and smell the roses, and sometimes, I have to stop and notice the subtle colors that light up our world. 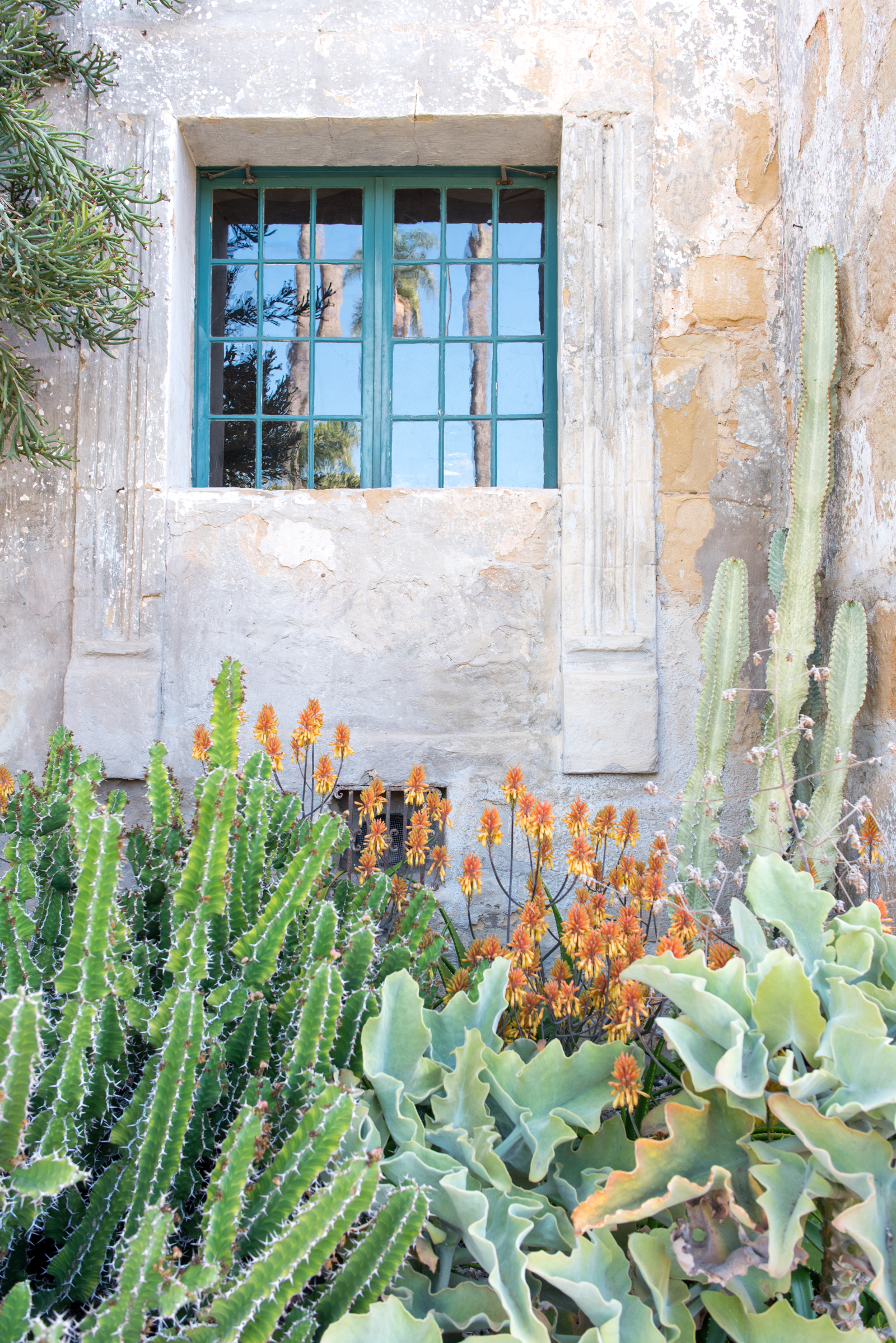 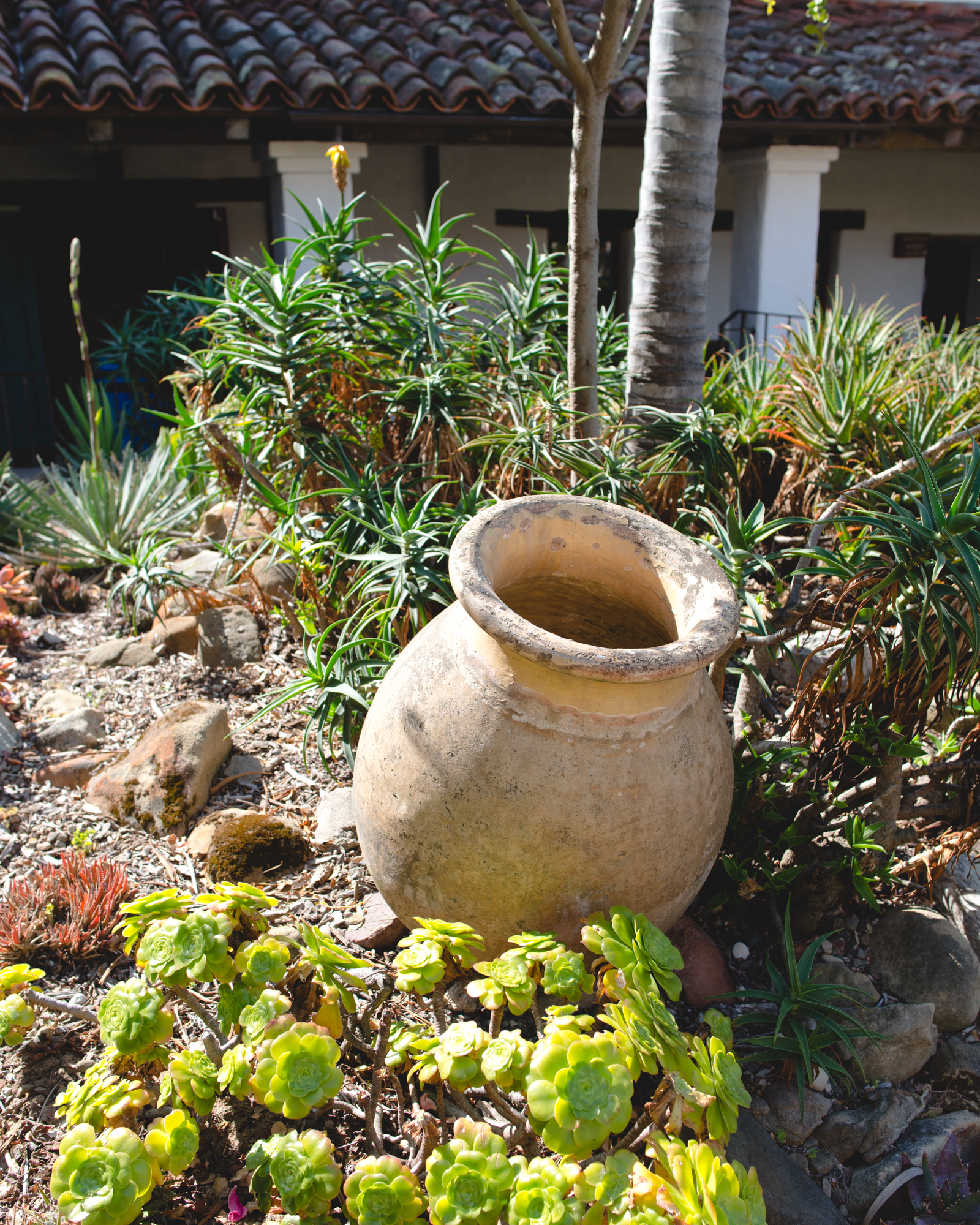 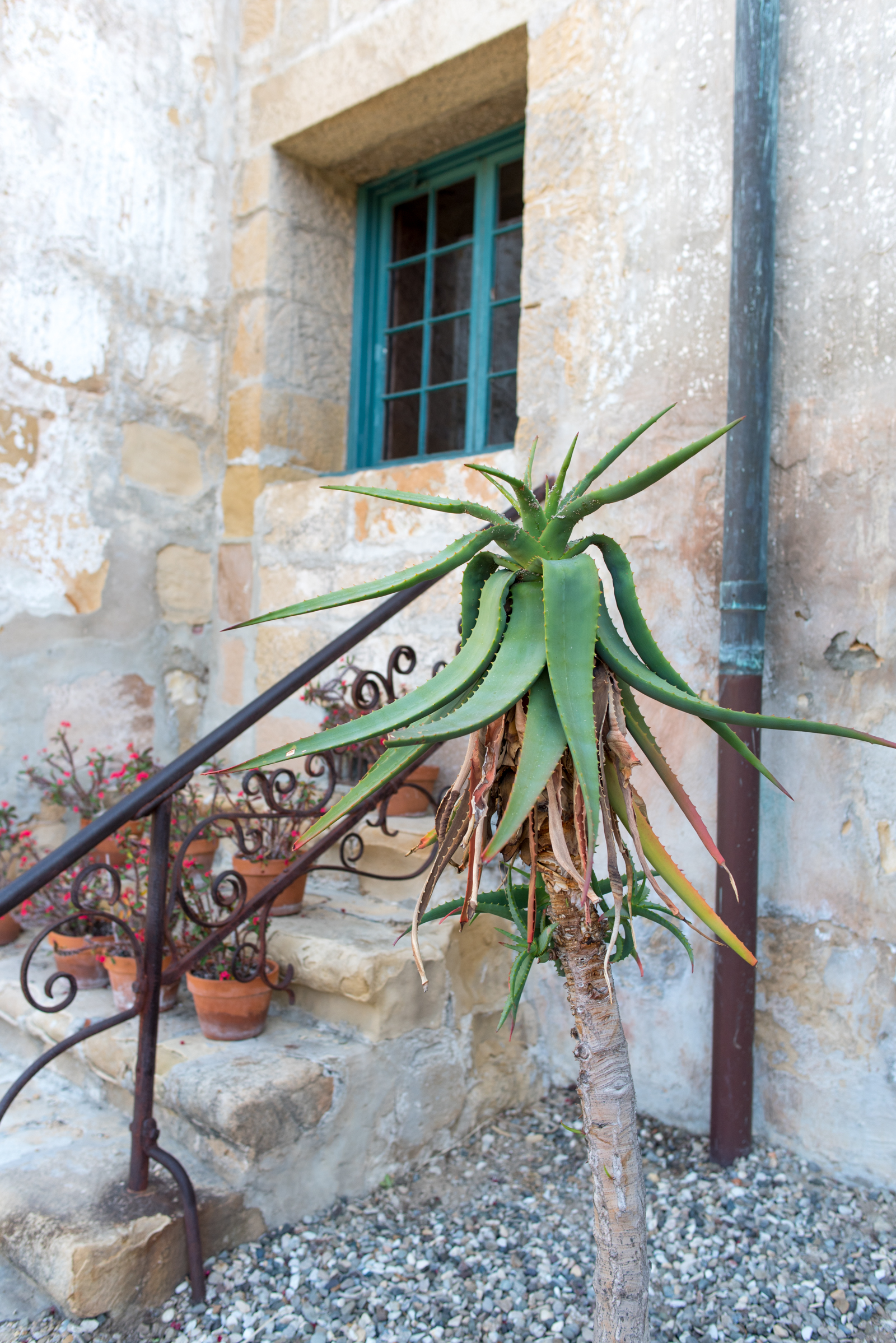 The mission also has a cemetery, which I always find a little bit melancholy and mysterious. Cemeteries me think about bigger things than just my physical body. There were a few impressive marble tombstones and mausoleums, but there were also lots of modest wooden crosses. The centerpiece of the cemetery was a GIANT fig tree that was planted in 1890. 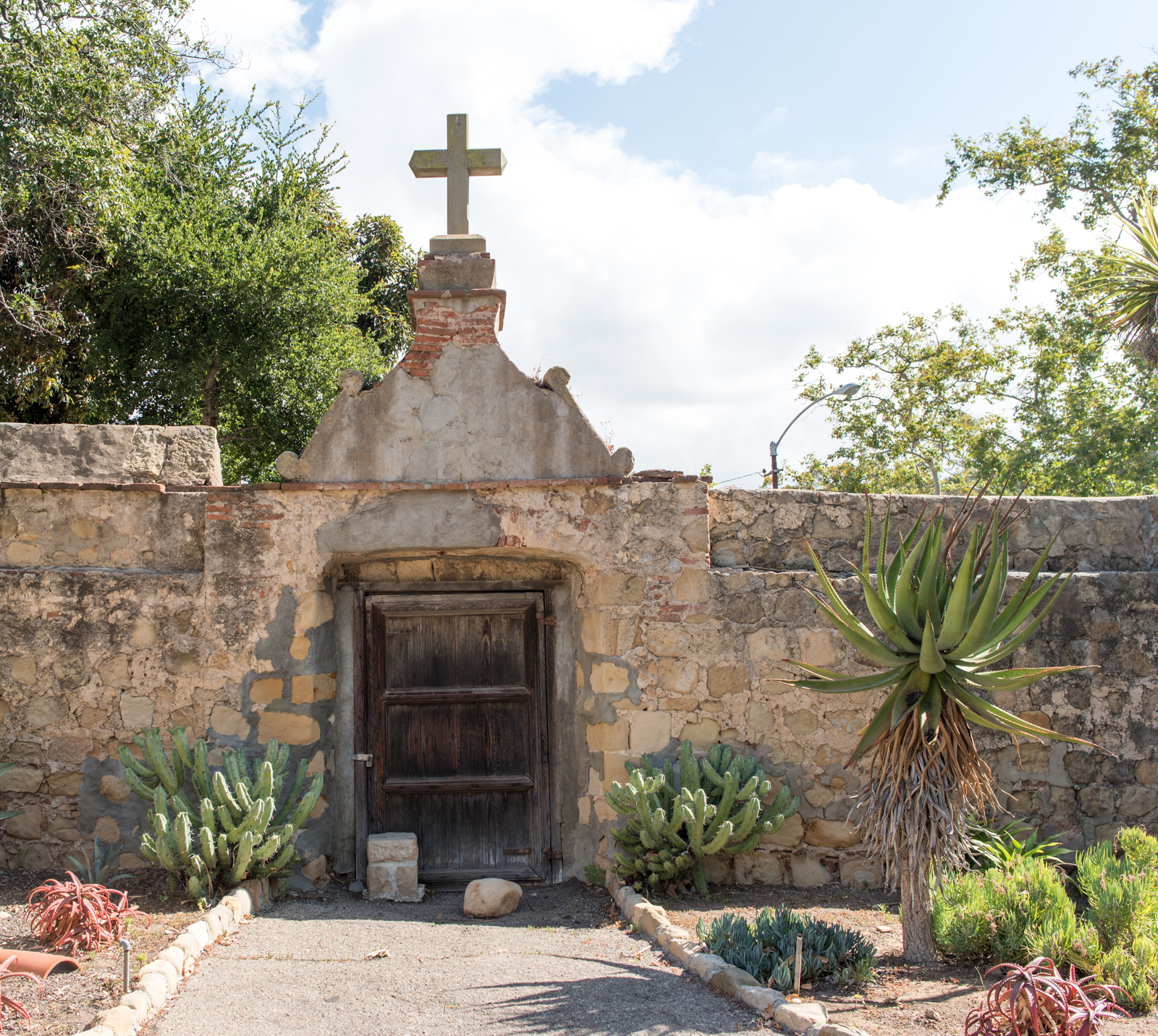 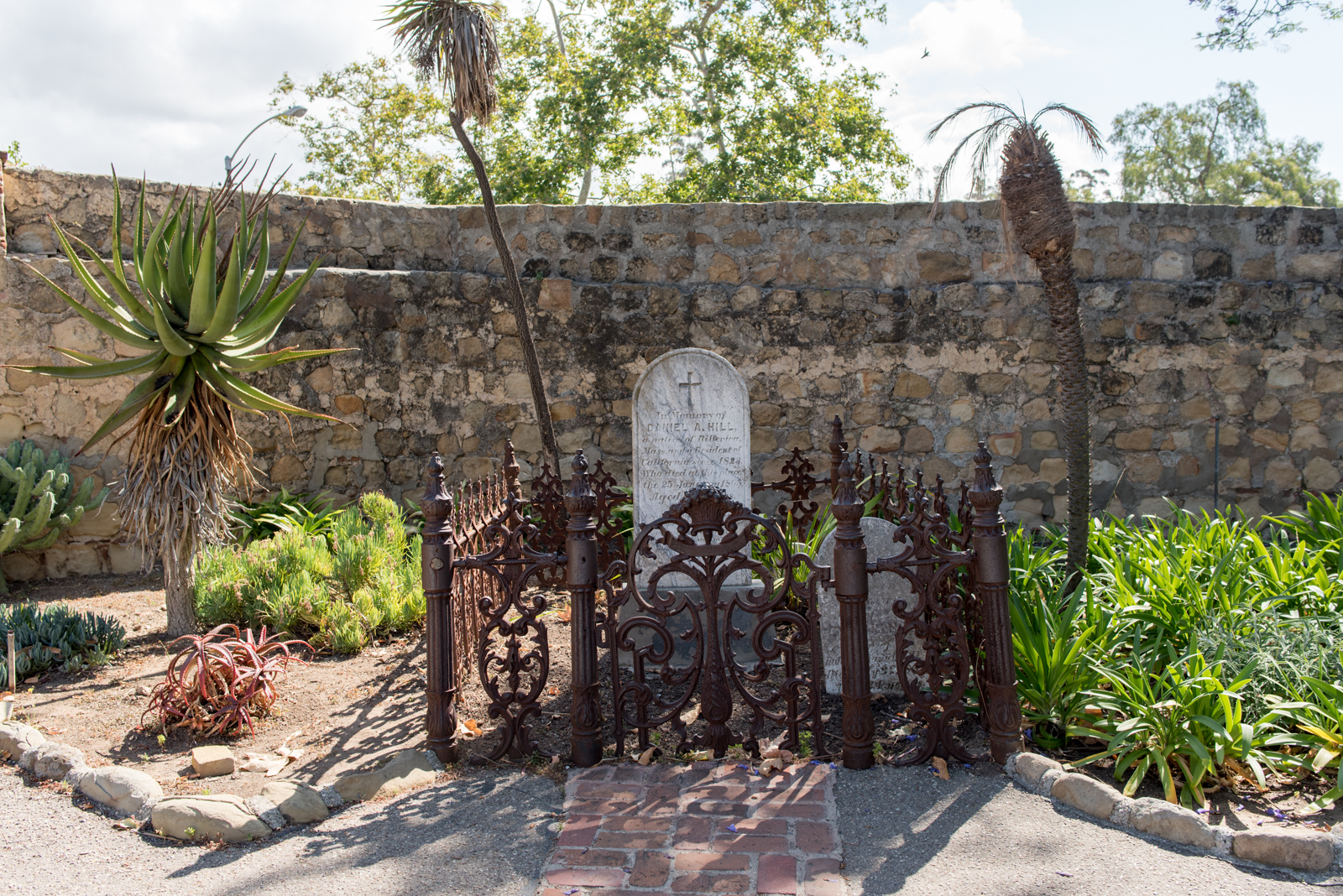 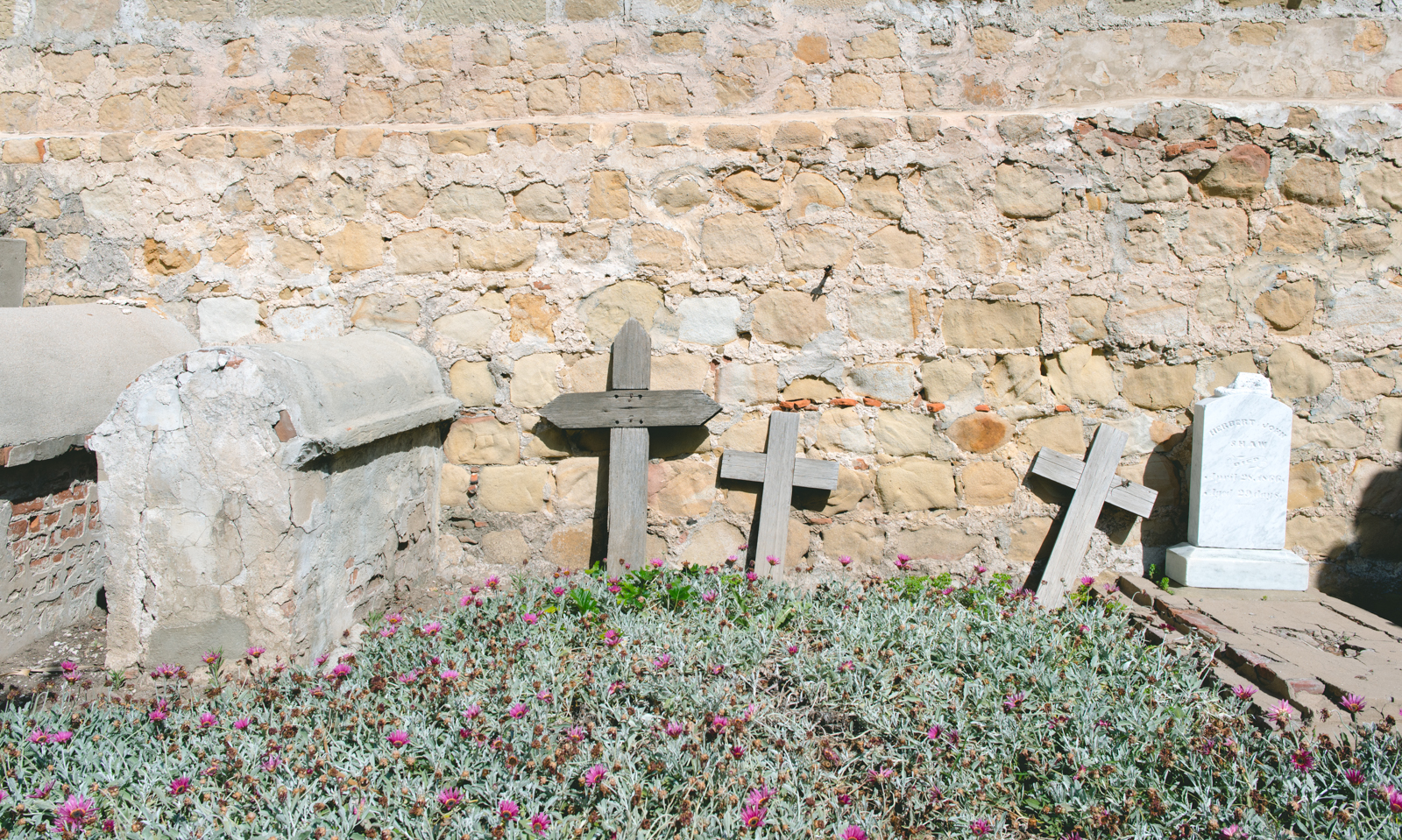 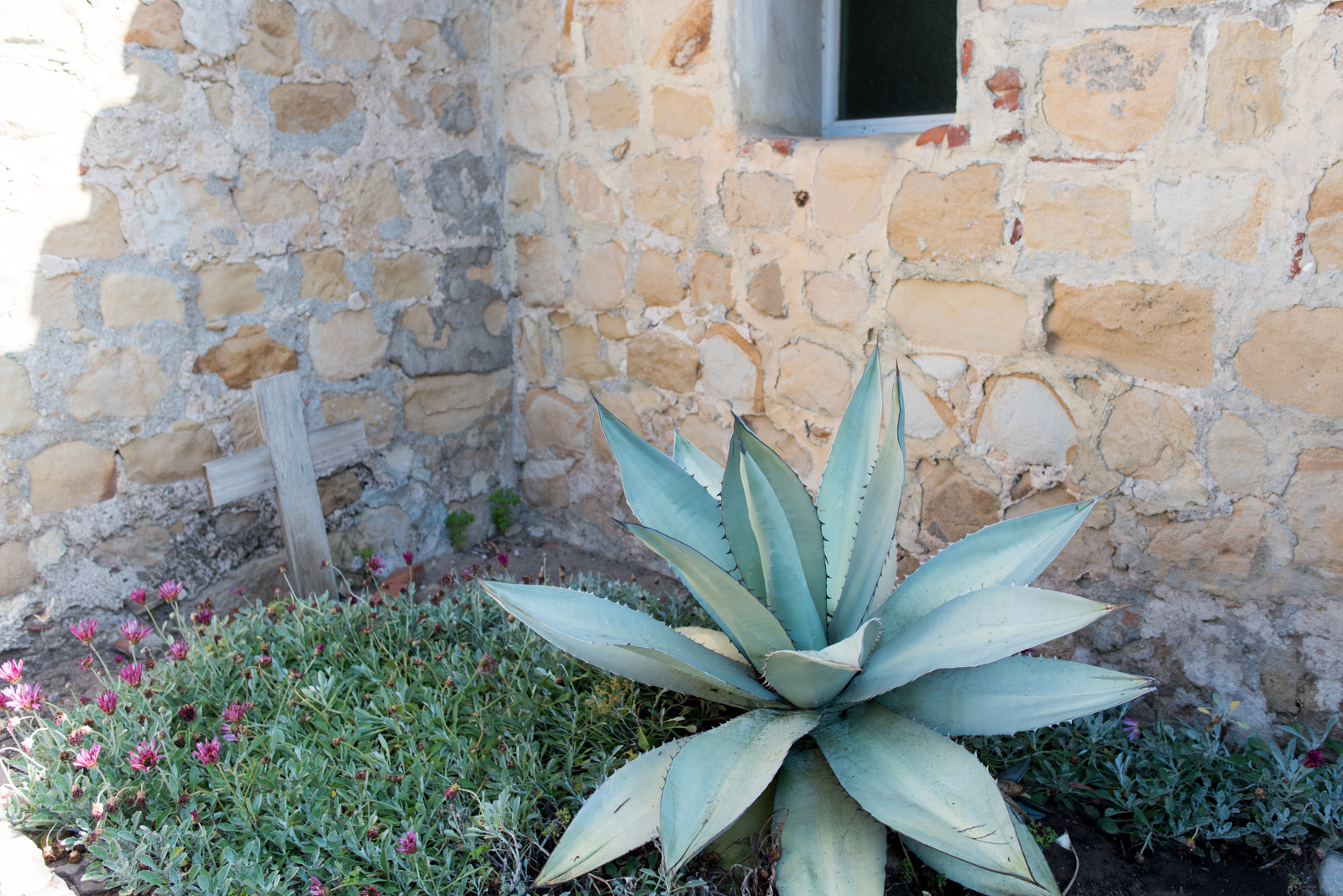 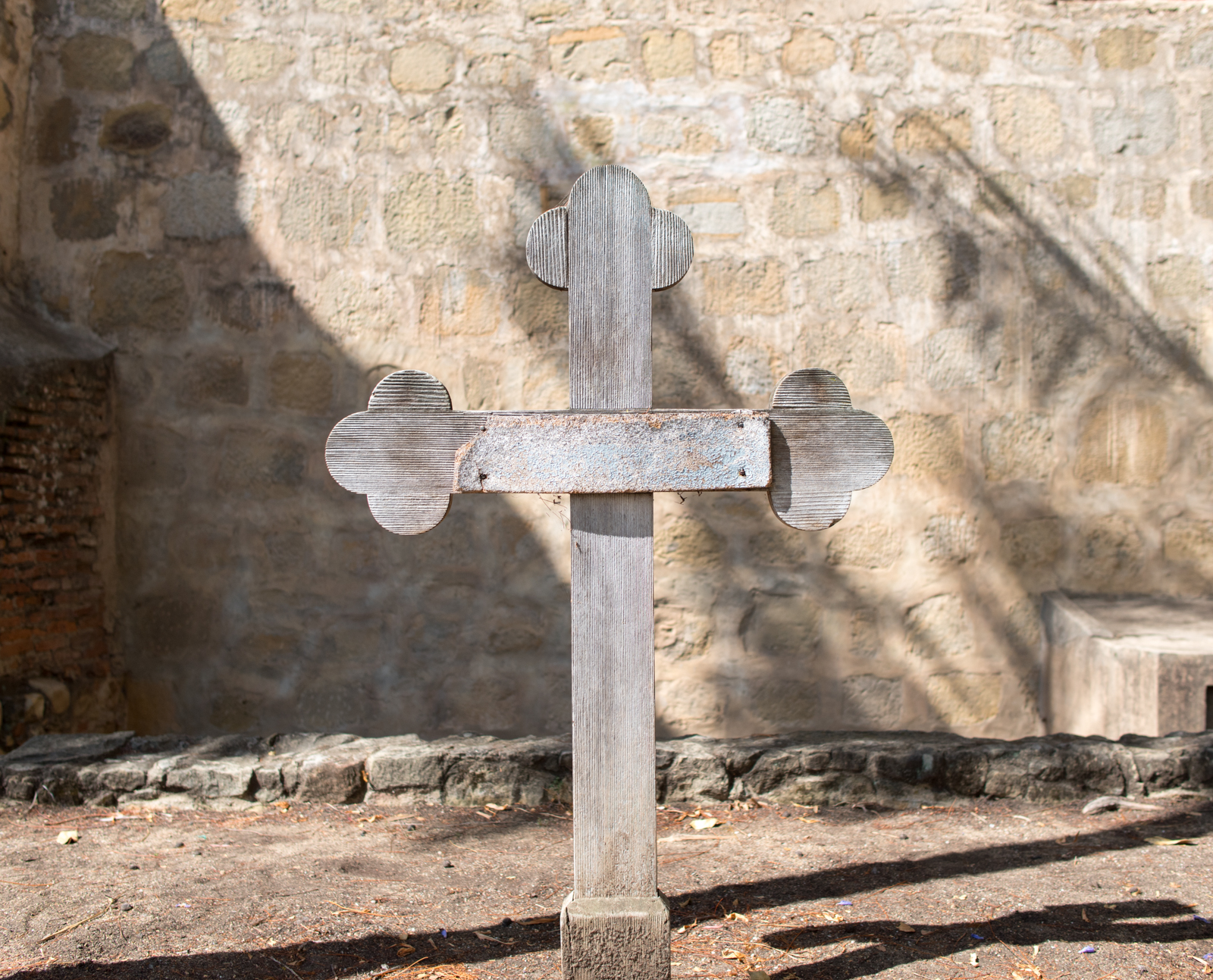 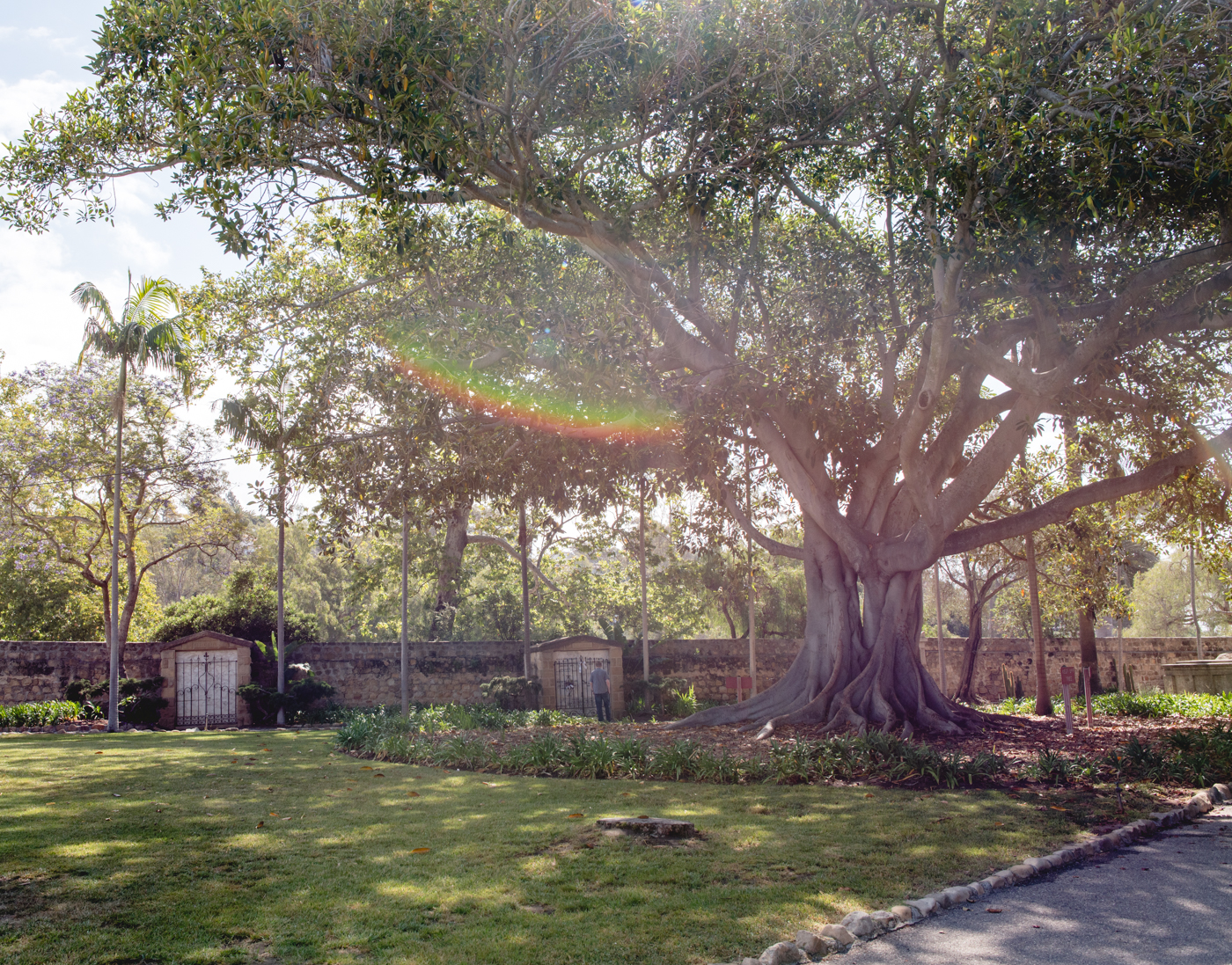 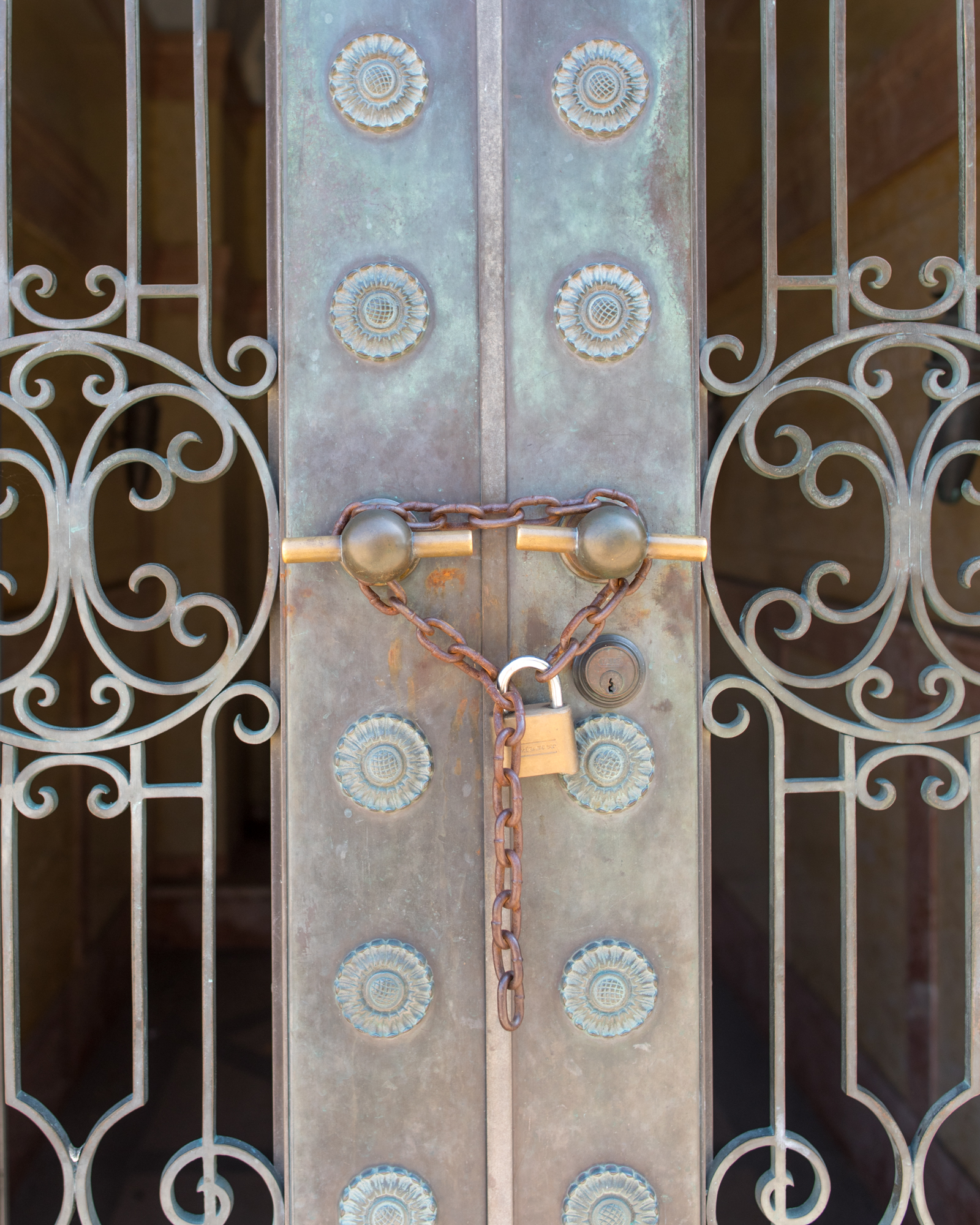 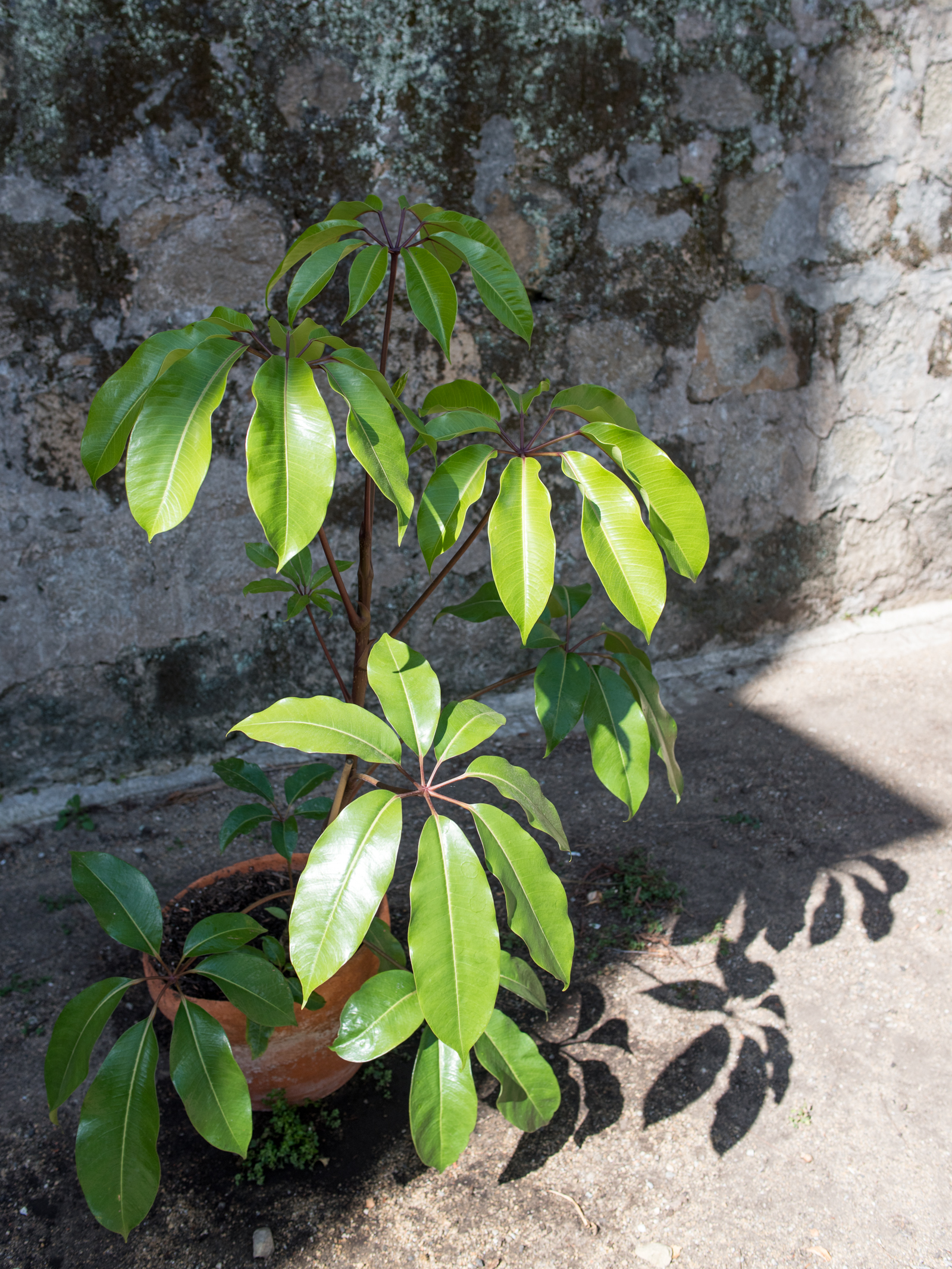 Just across the lawn from the Mission was a rose garden; I made a beeline straight towards it. There were roses in all different colors, even a vibrant purple that I don’t often see, but I ended up only taking pictures of the peachy-toned ones. I think I was so inspired by the pink columns and warm tones of the Mission that I was naturally drawn toward the same colors in the rose garden. 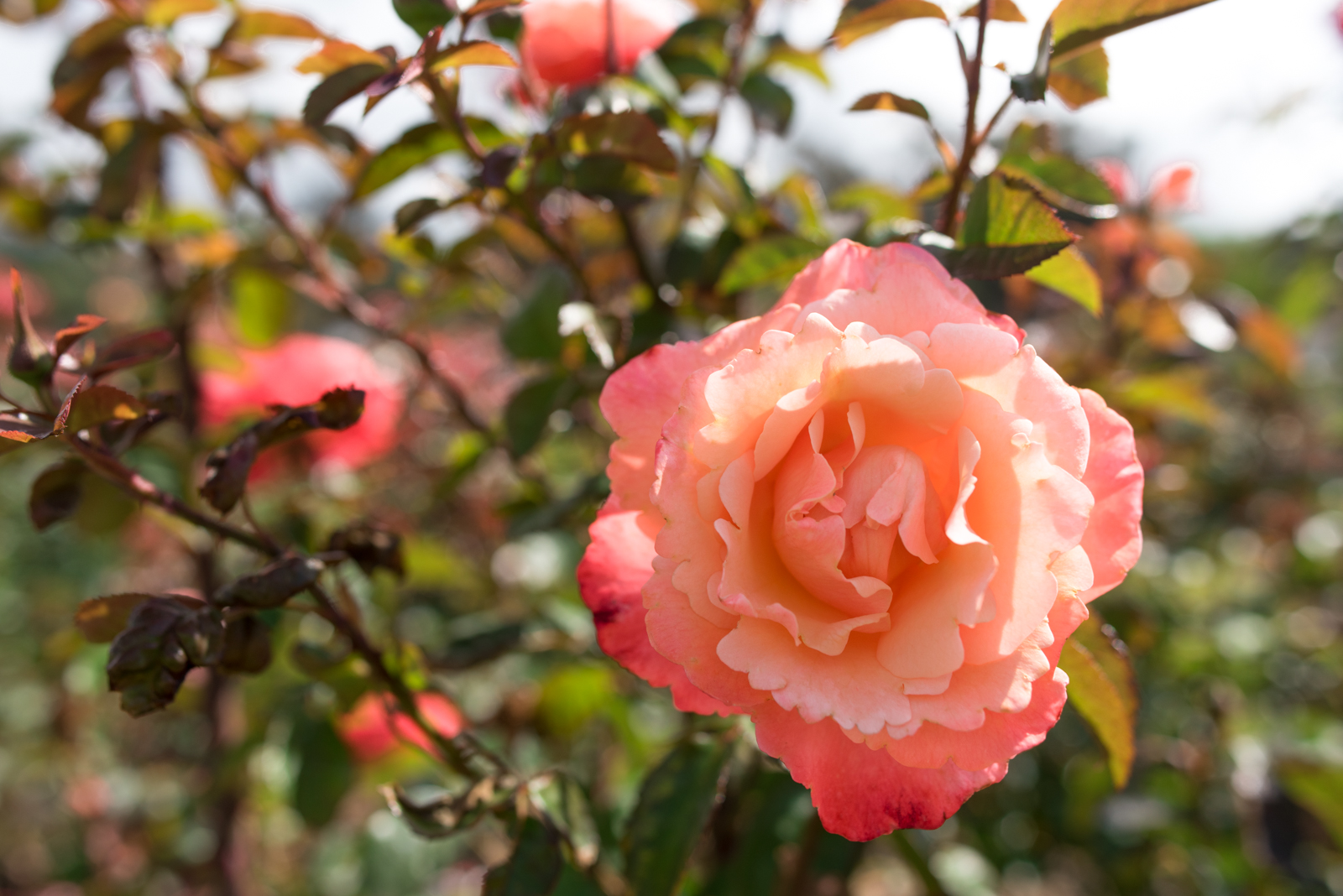 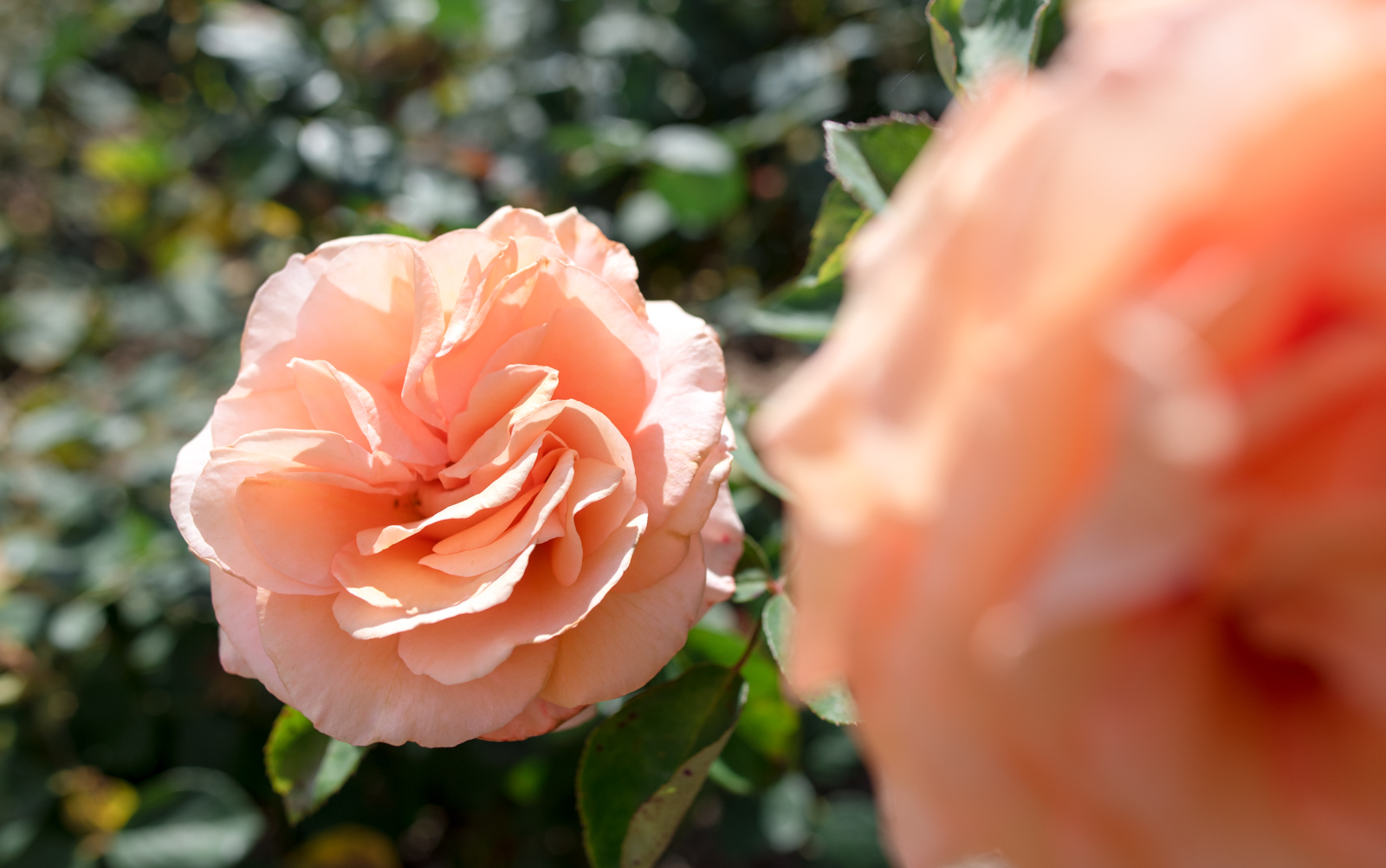 During this same trip, we also visited the Santa Barbara Botanical Garden – more photos of that to come soon.