Below is a photo of a Sauna taken during one of these never-ending sunsets. I learned that Swedish people love to use the Sauna. They sit inside until they overheat, then they run to the lake and jump right in to cool off again! This pattern continues for at least an hour or two until it’s time for a late dinner. 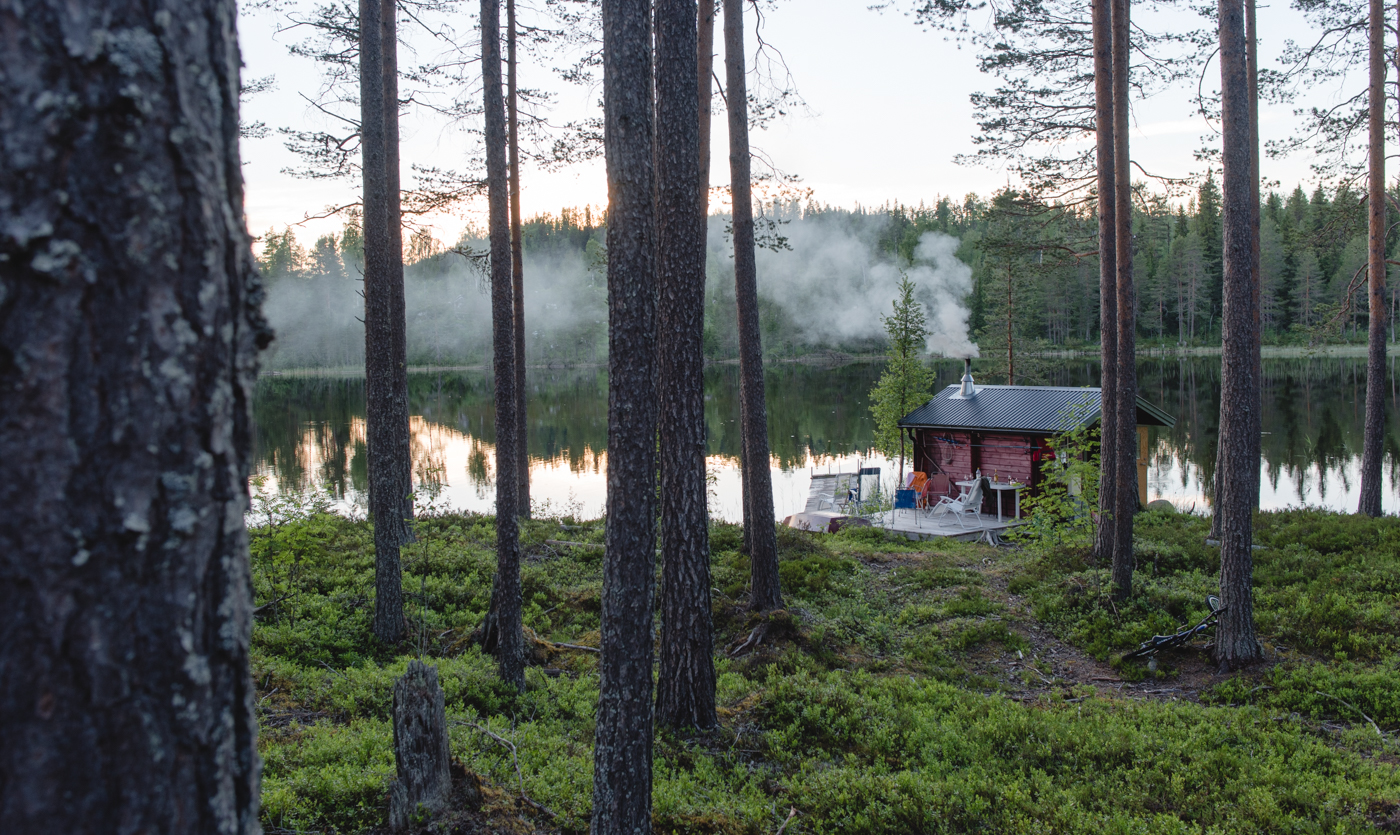 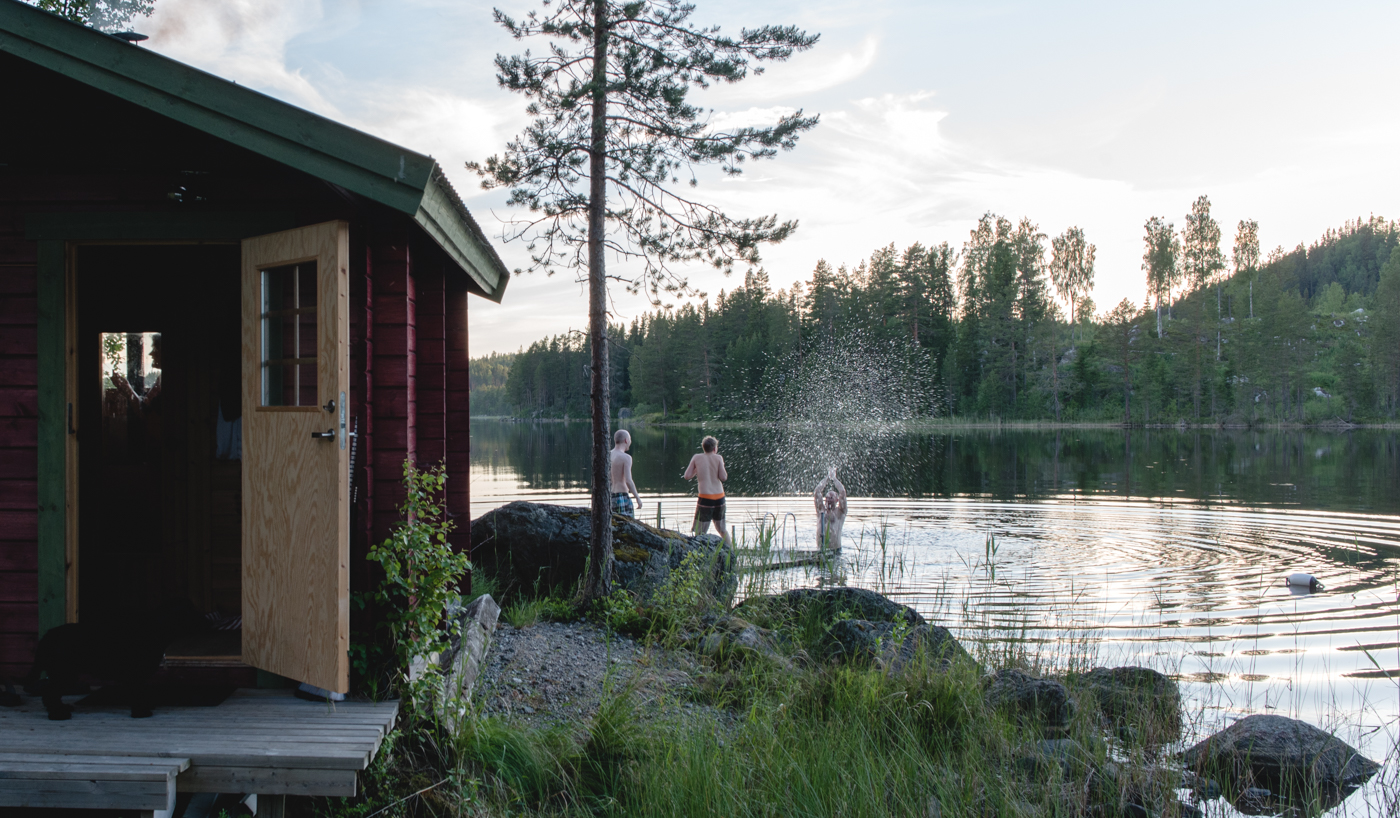 Cabin life is a major thing in Sweden. In fact, during our trip we visited 3 separate family cabins, and even got to sleep in one of them. I’m not much of an outdoorsy person myself, so I had a bit of a disagreement with the mosquitoes who lived in the area, but we found a way to coexist in the end. 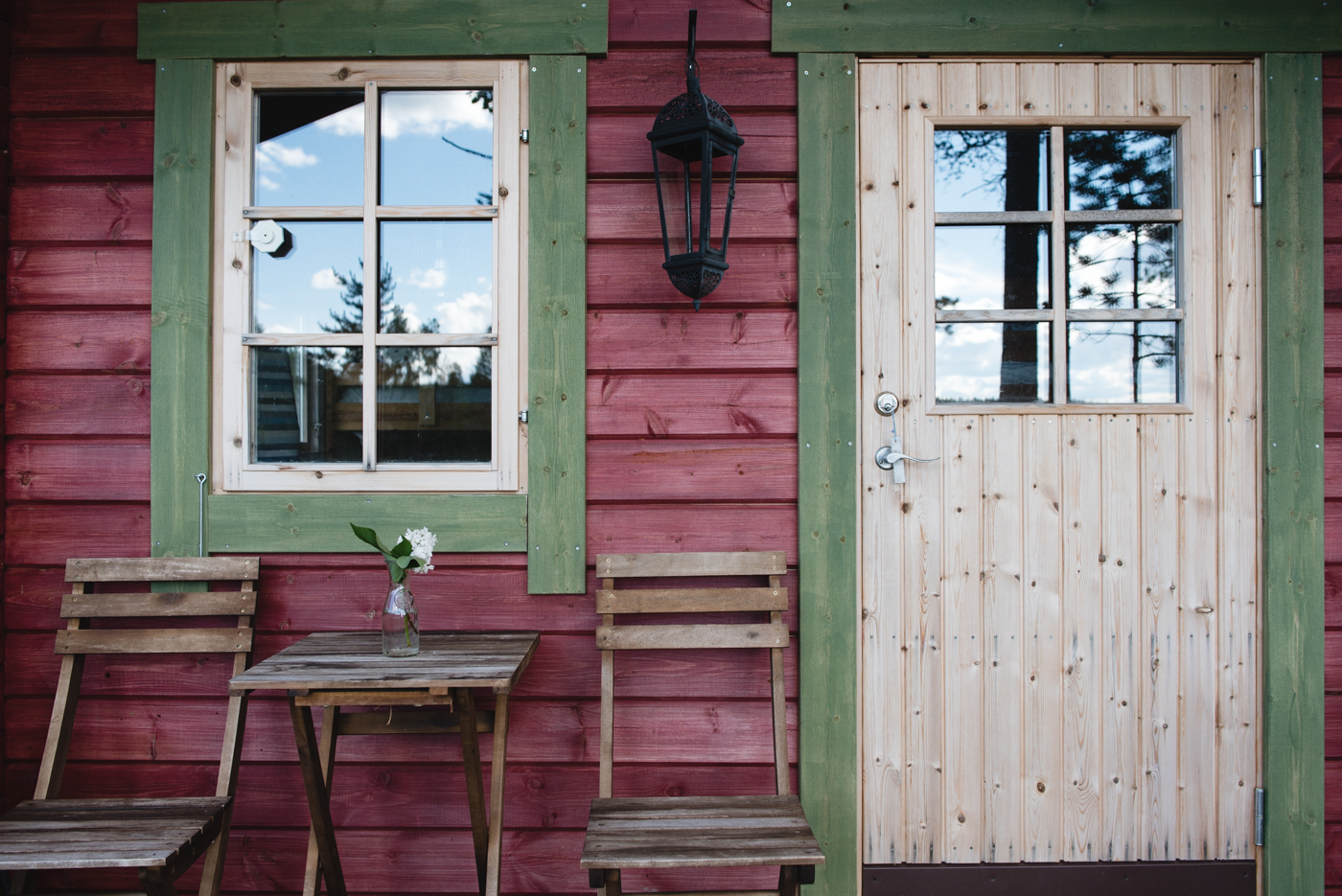 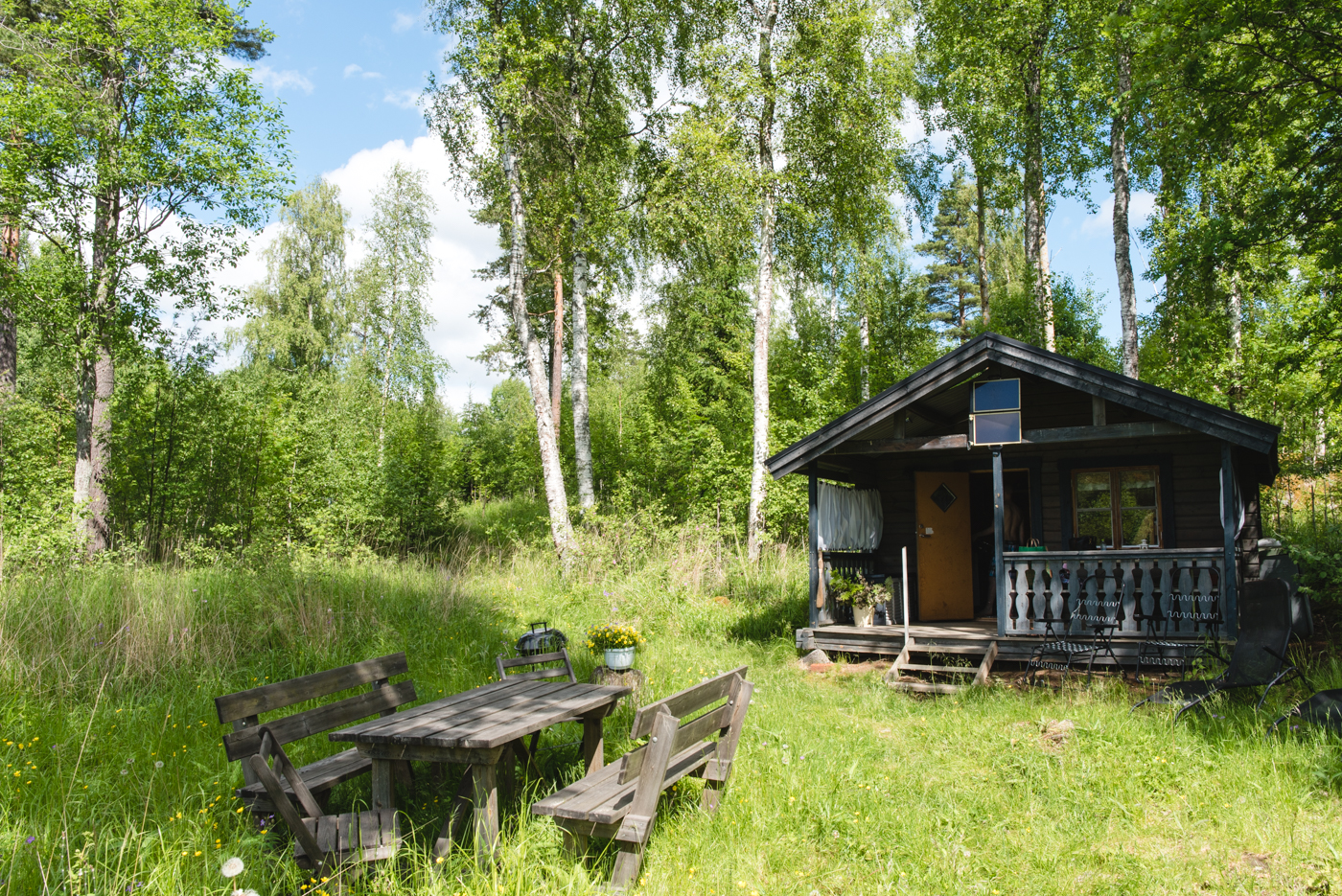 One of the cabins we visited was originally built over 100 years ago, and I loved looking at all the cute décor left over from decades past. That cabin also had one of the most stunning lake views ever. We spent a few hours fishing, suntanning on a big rock and eating hot dogs that we cooked over a fire. 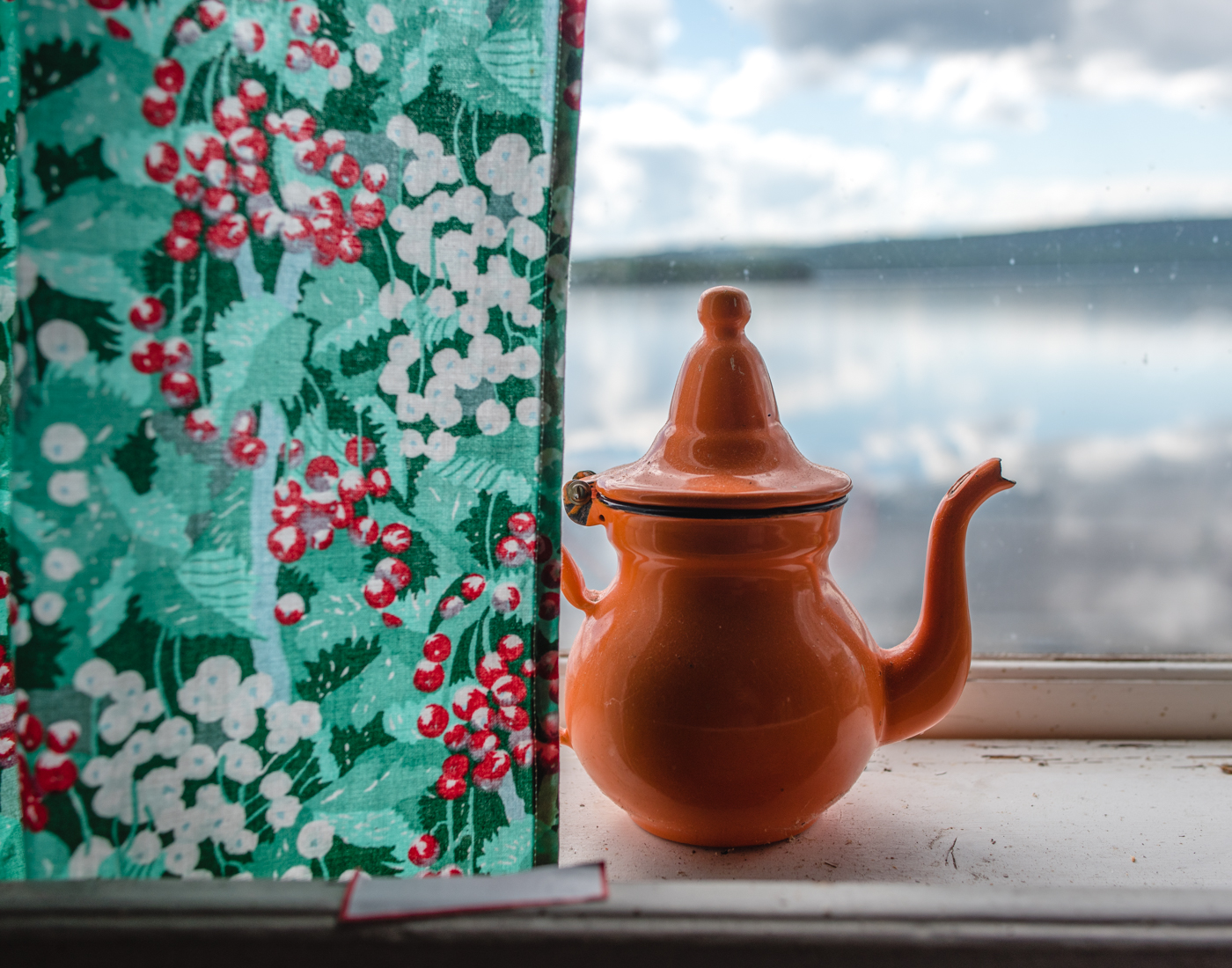 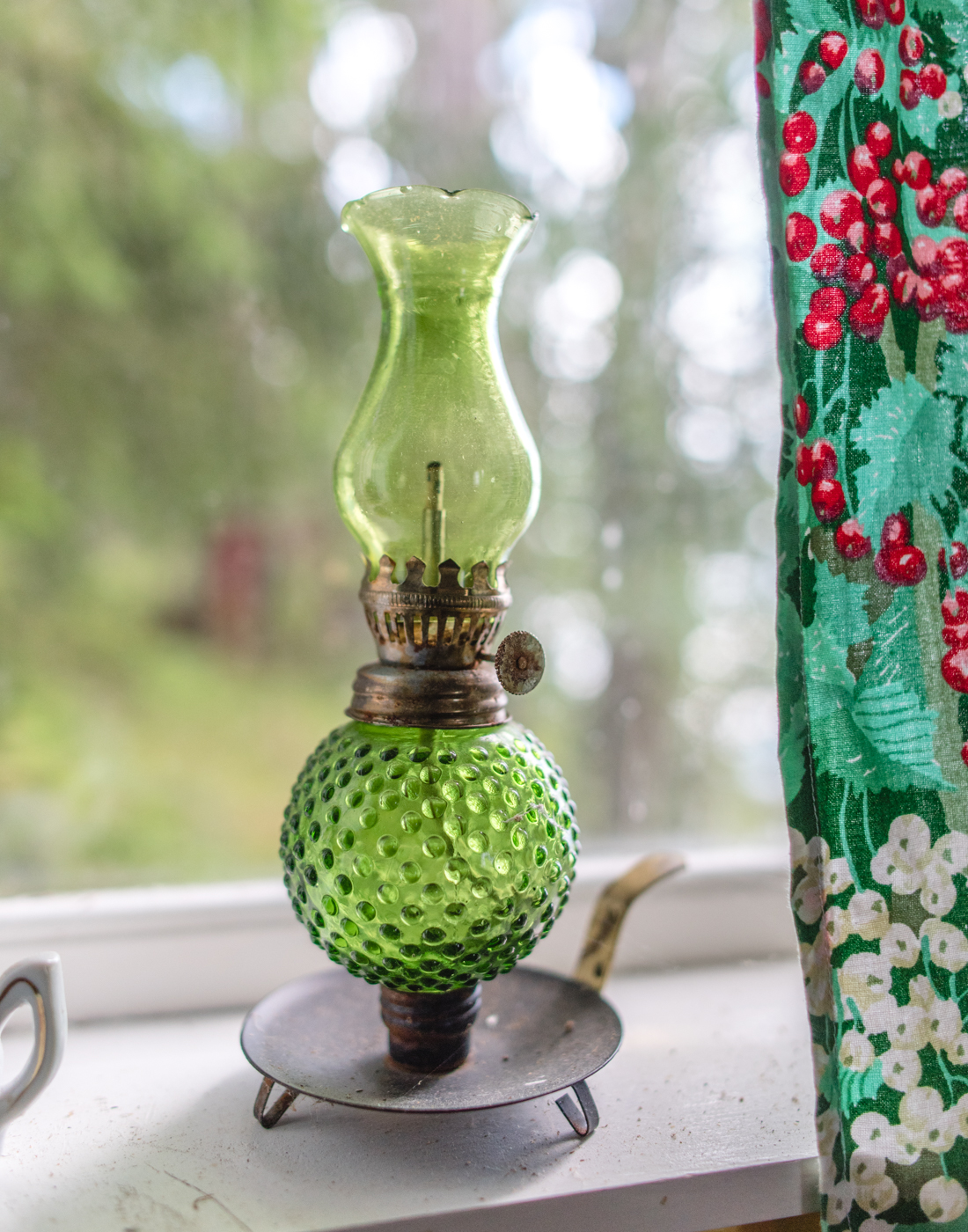 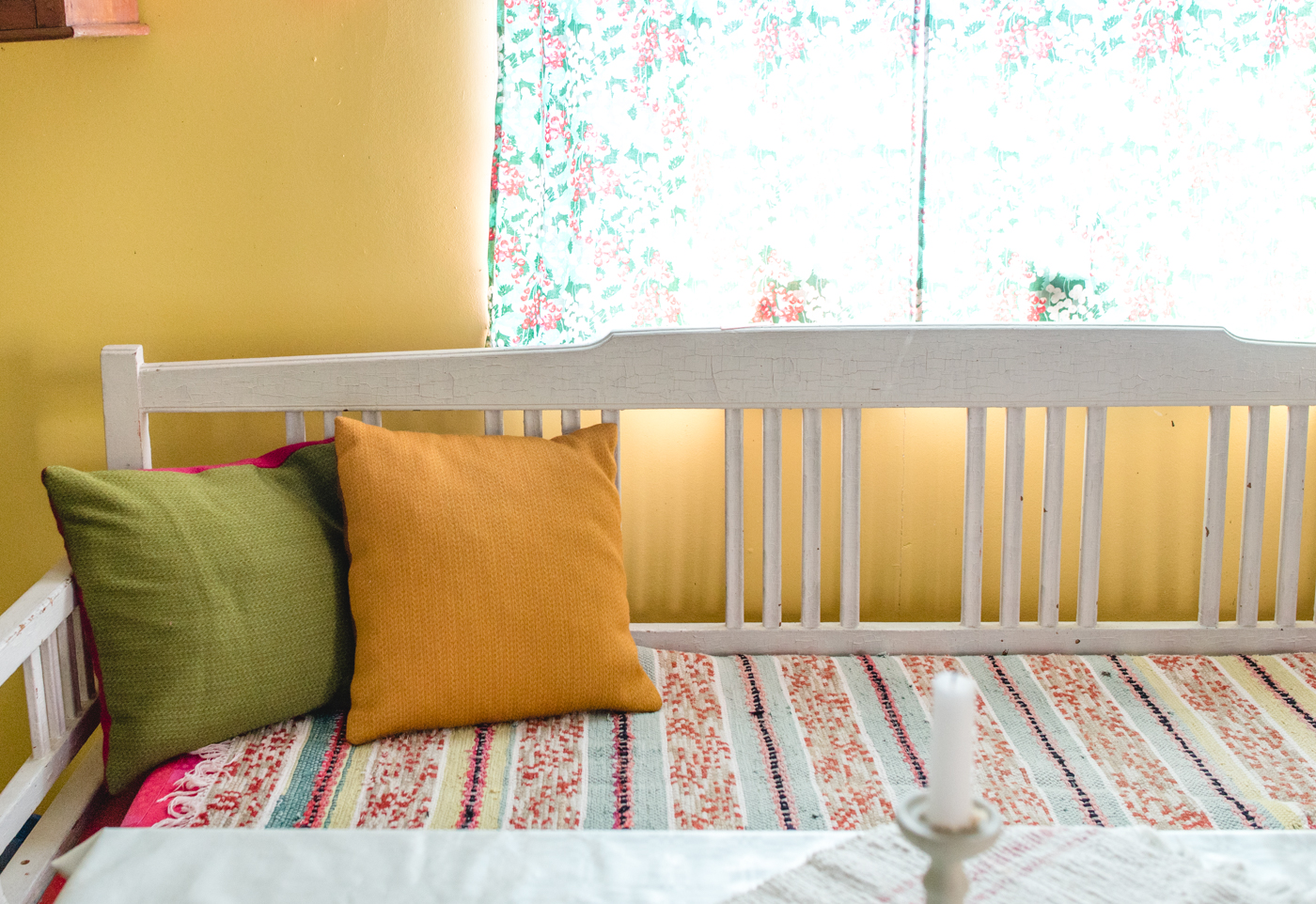 Sweden is full of lakes – there are literally almost 100,000 in the country, and I’m not exaggerating. This lake was a perfect mirror reflection of the sky above, and I could even see small fishes swimming around in the shallows. These are the kinds of lakes you can quite literally drink from without fear of being poisoned. 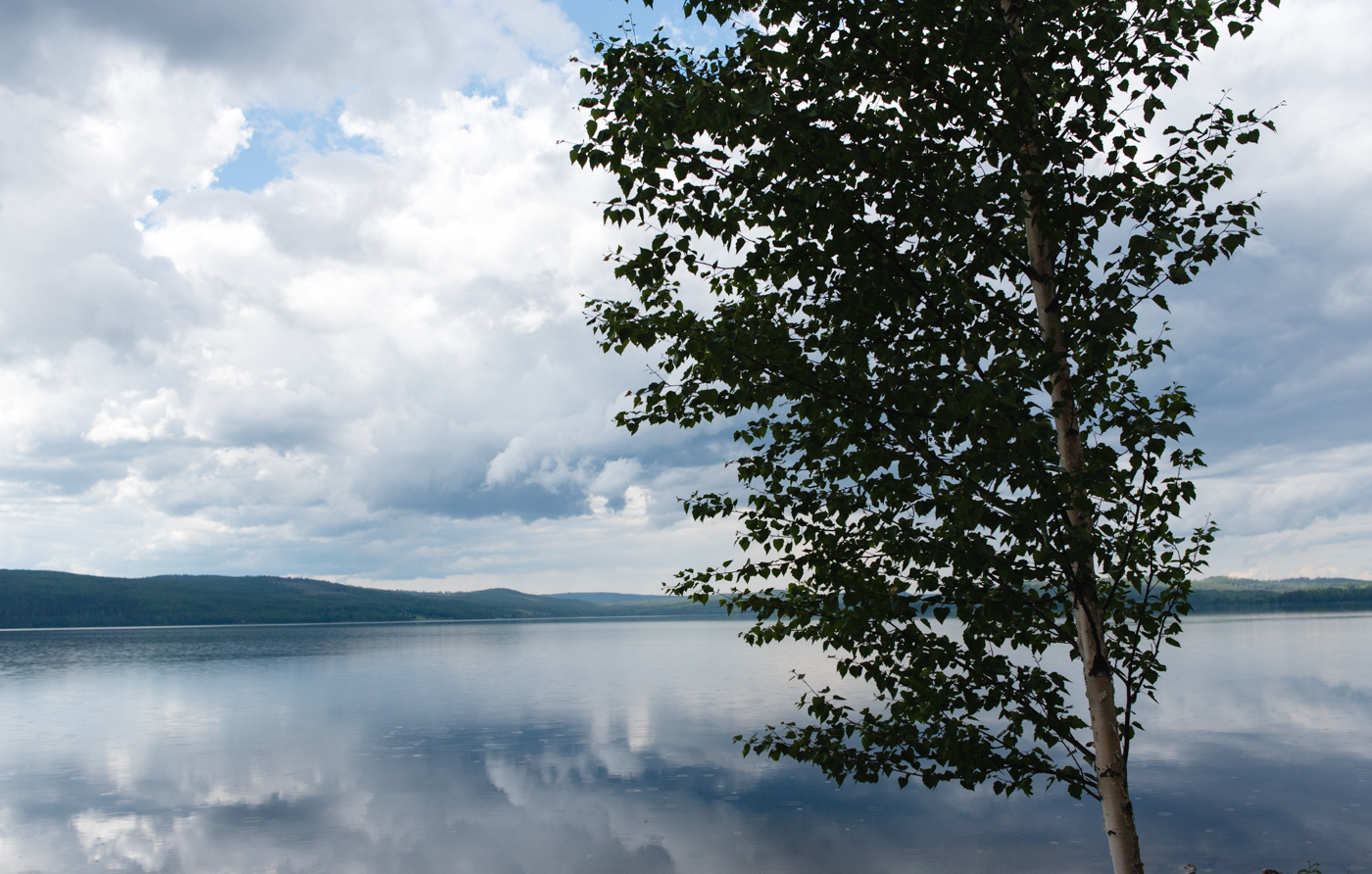 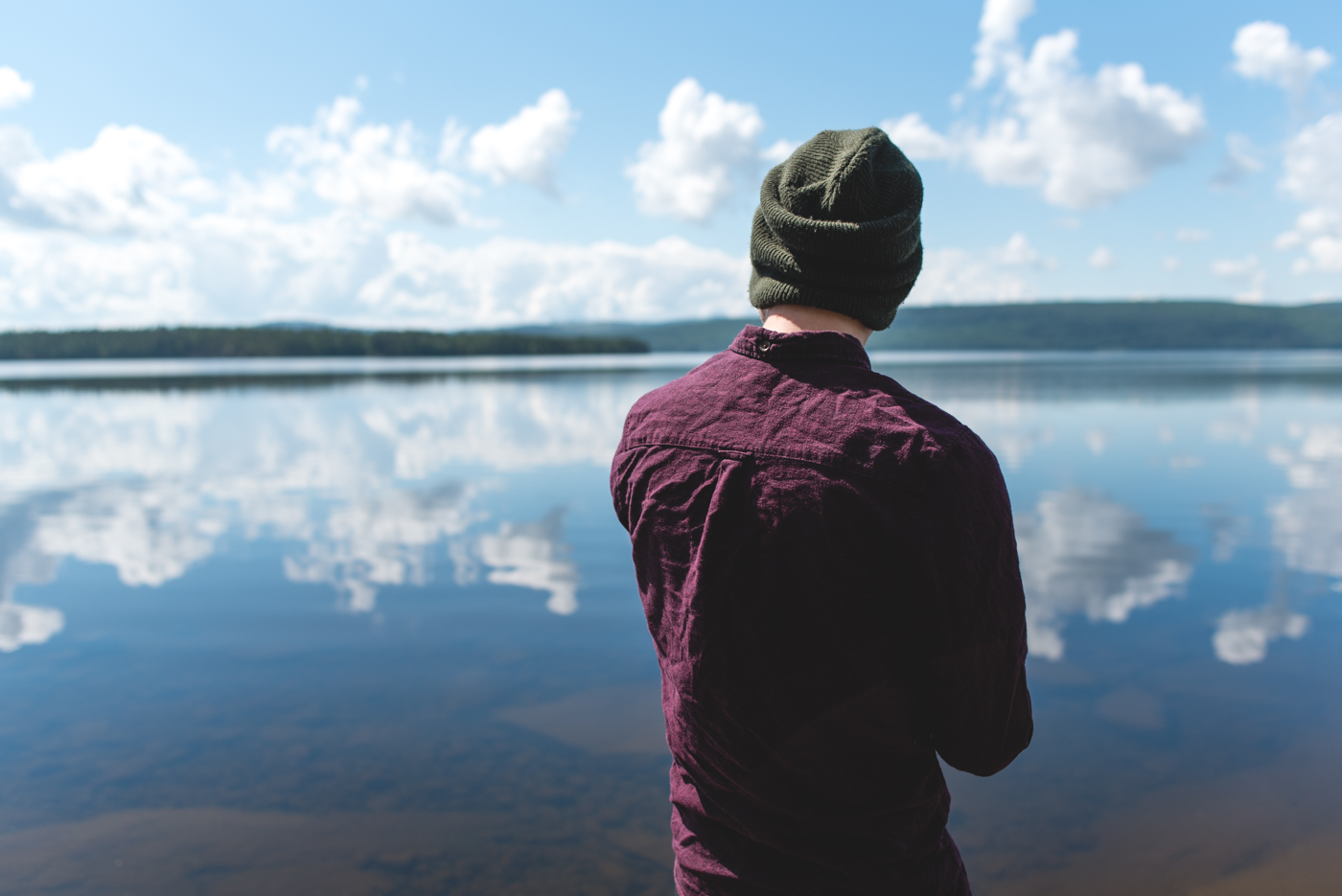 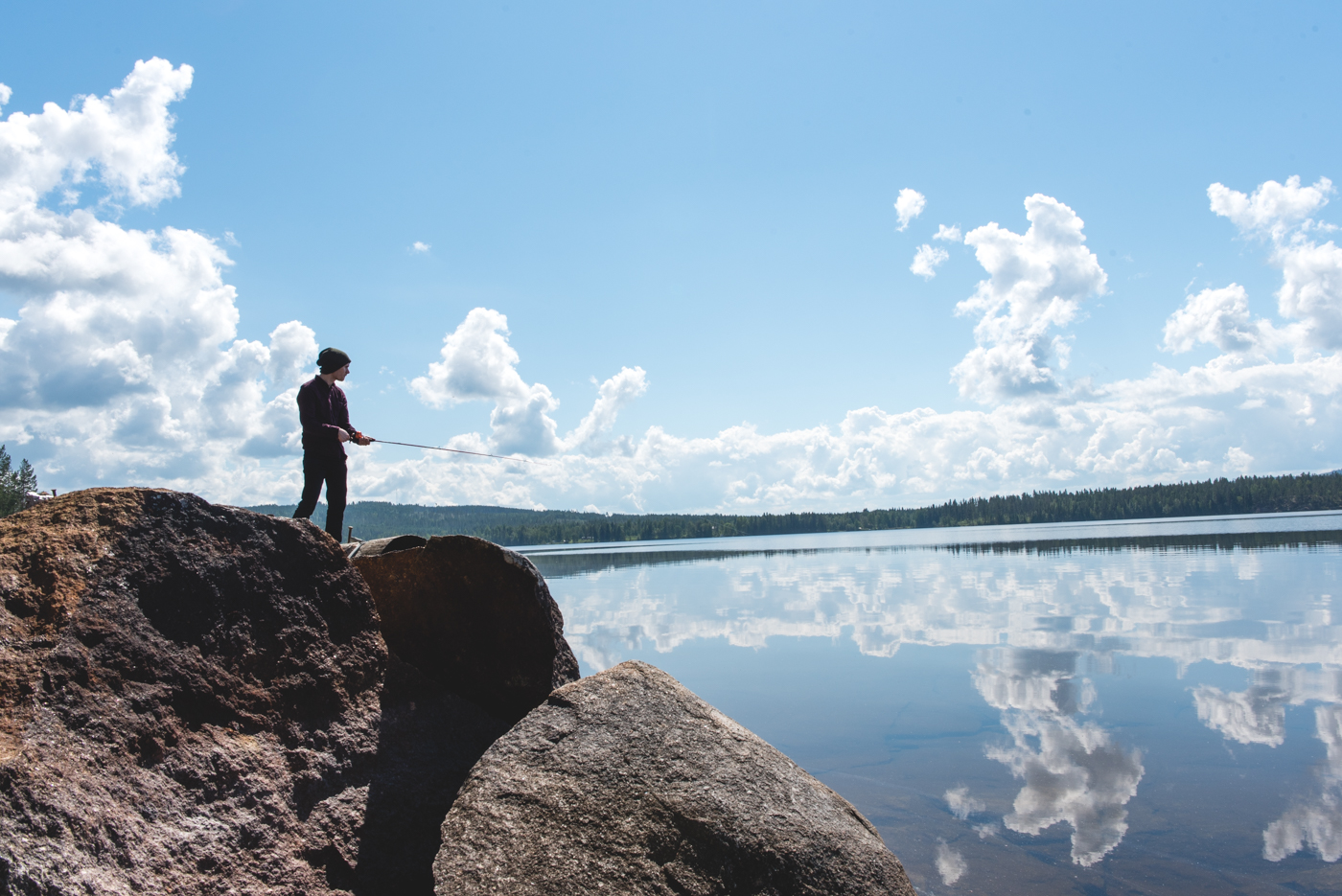 The wildflowers were a whole world in themselves. I mostly noticed small purple, white, blue and yellow flowers – the yellow ones are called smörblomma which translates directly as butter flower, also known as buttercups! I also noticed lots of purple-fushia rose bushes. Literally everywhere we went there were flowers lining the road and covering the meadows. It was like a painting. 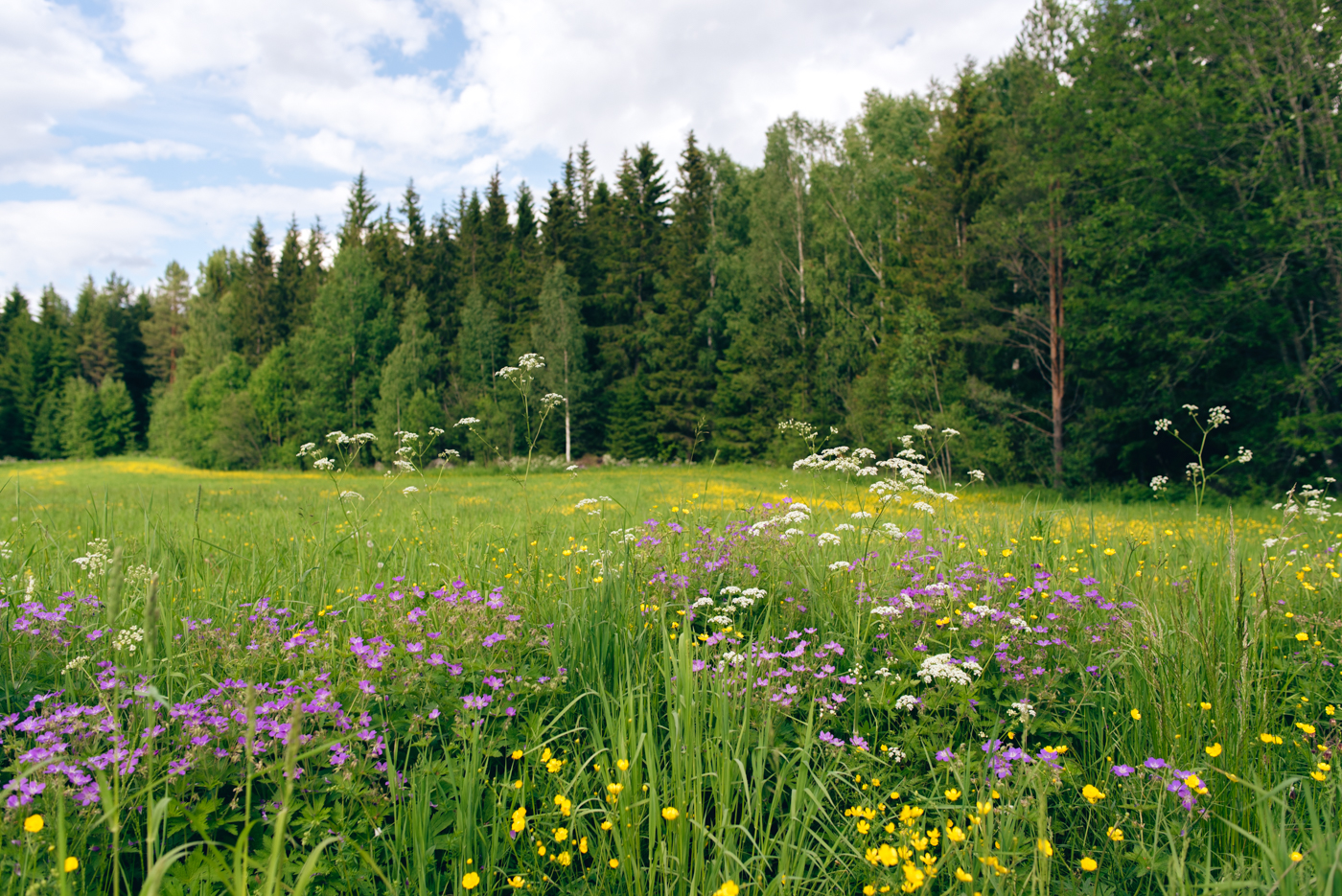 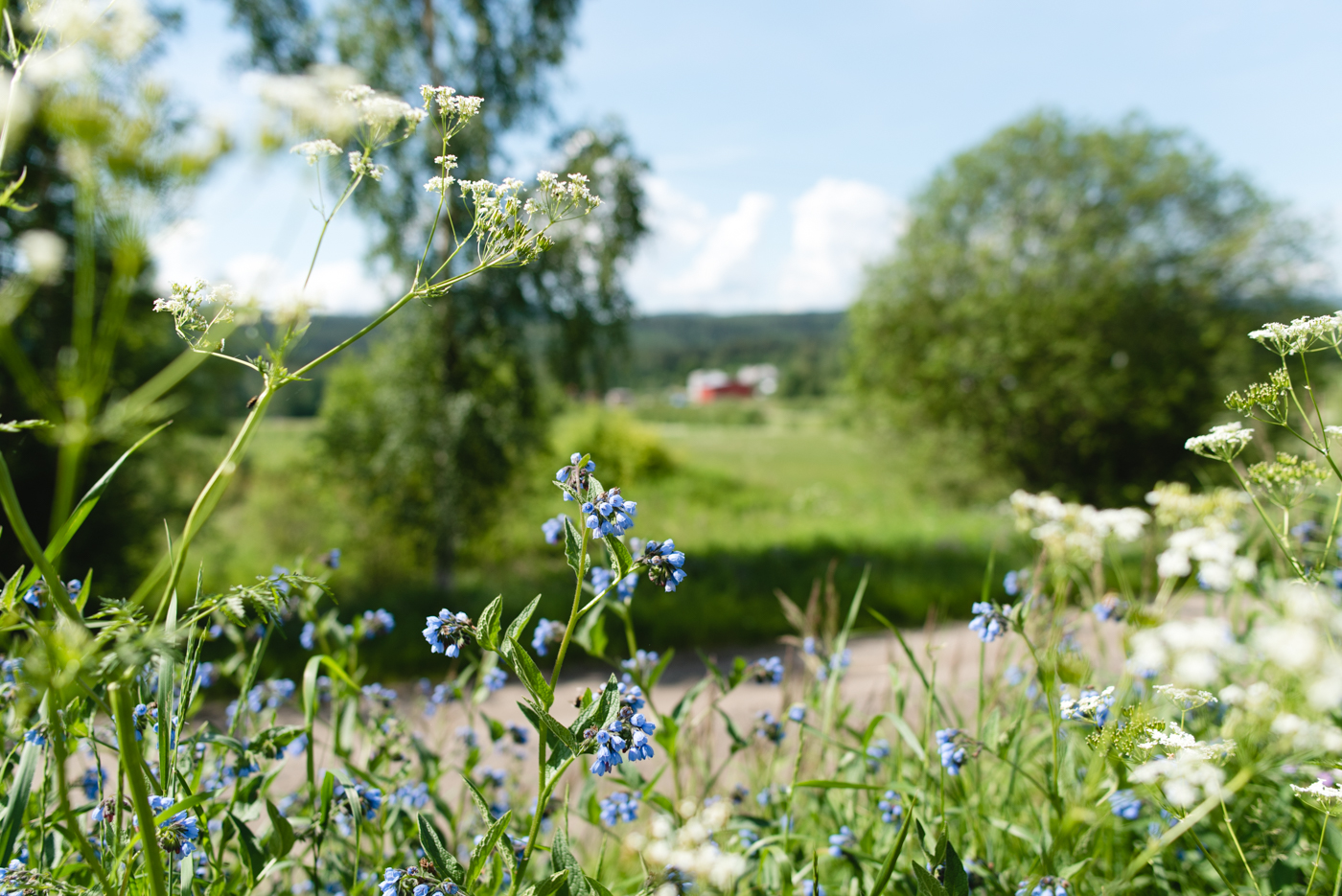 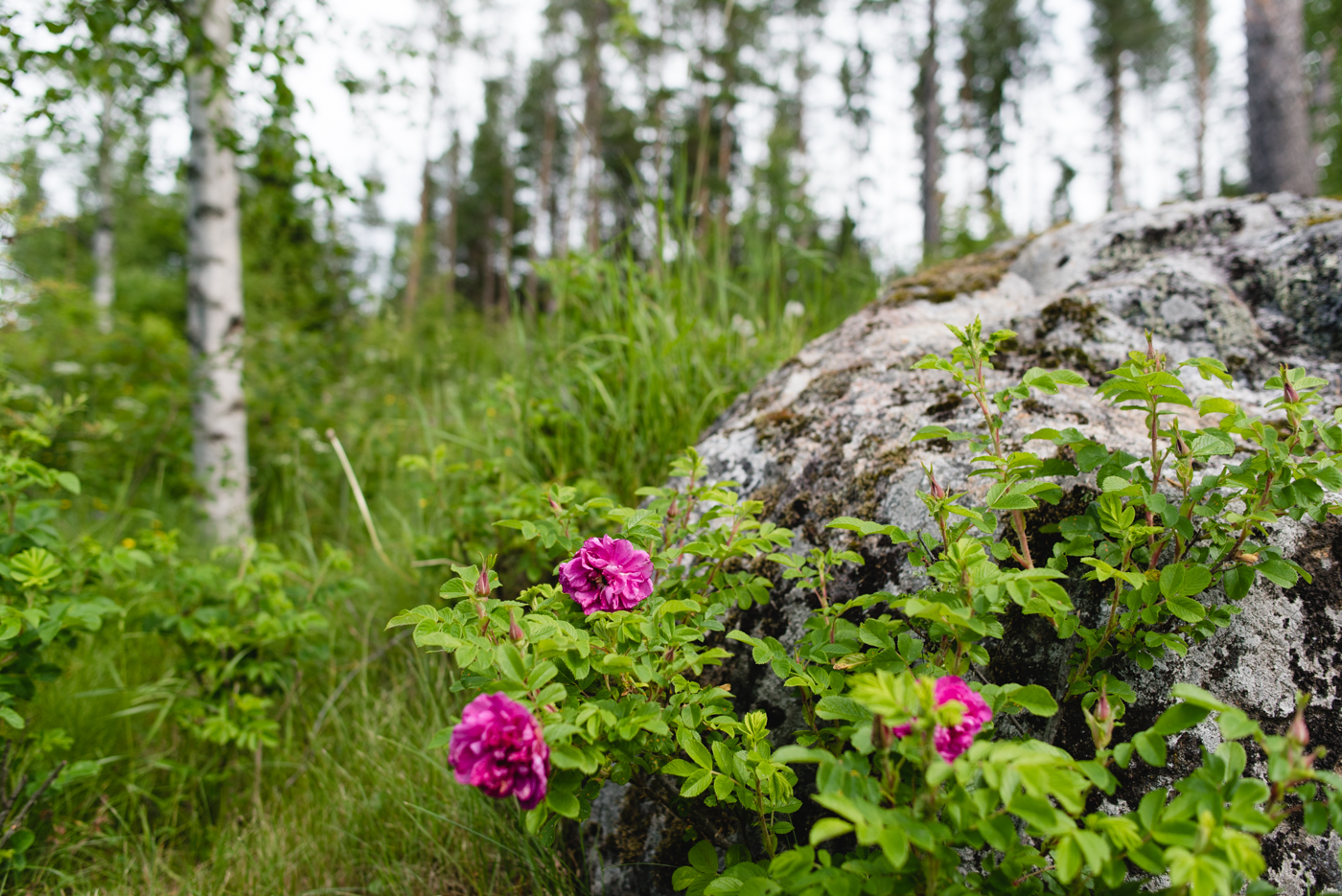 One of the things I was most excited about was making myself a flower crown, and Swedish midsummer was my only chance to wear one for legitimate reasons, not just because I was attending a music festival or dressing in a hippie costume. One of Erik’s friends helped me create the base of the crown using birch branches that he twisted and overlapped with one another until it held itself together without string or wire of any kind. I then went around and picked a collection of wildflowers and threaded them through the Birch leaves until I thought it looked good. I saw some other women and little girls running around with some seriously amazing flower crowns, but I think mine was pretty good for my first try. It felt amazing to use materials from the surrounding land and create something wearable out of it. 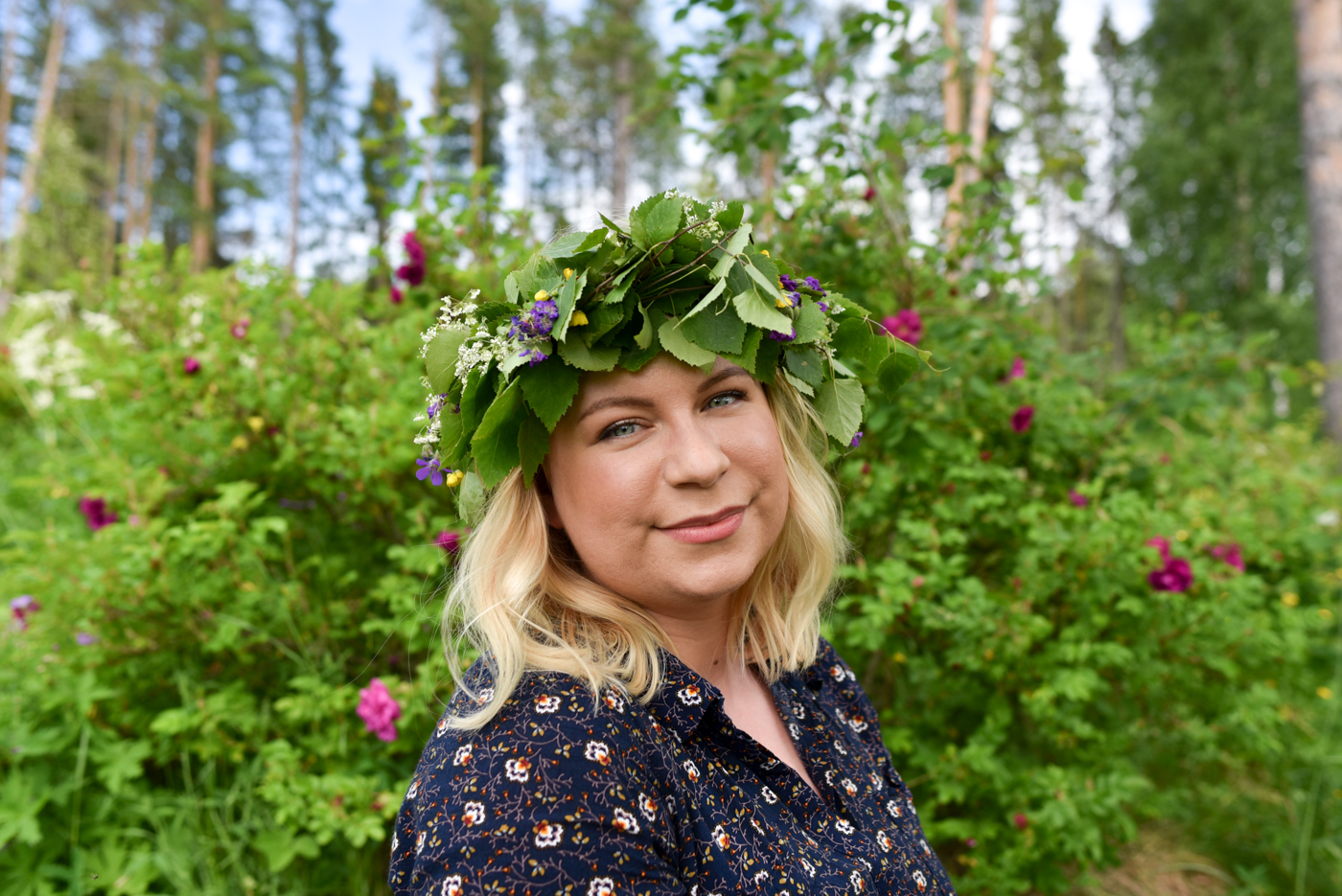 Another important part of Swedish culture, not just during midsummer but all year-round, is fika. That essentially equates to coffee + something sweet. I was offered fika at least three times per day and I accepted every single time. By the time I came back to France I was addicted to coffee because the next few days I had massive headaches whenever I didn’t drink caffeine. Somehow I never took a picture of the coffee (instead I Snapchatted almost every single fika I had, find me at fr.californian), but here’s a photo of some delicious and traditional strawberry cake. 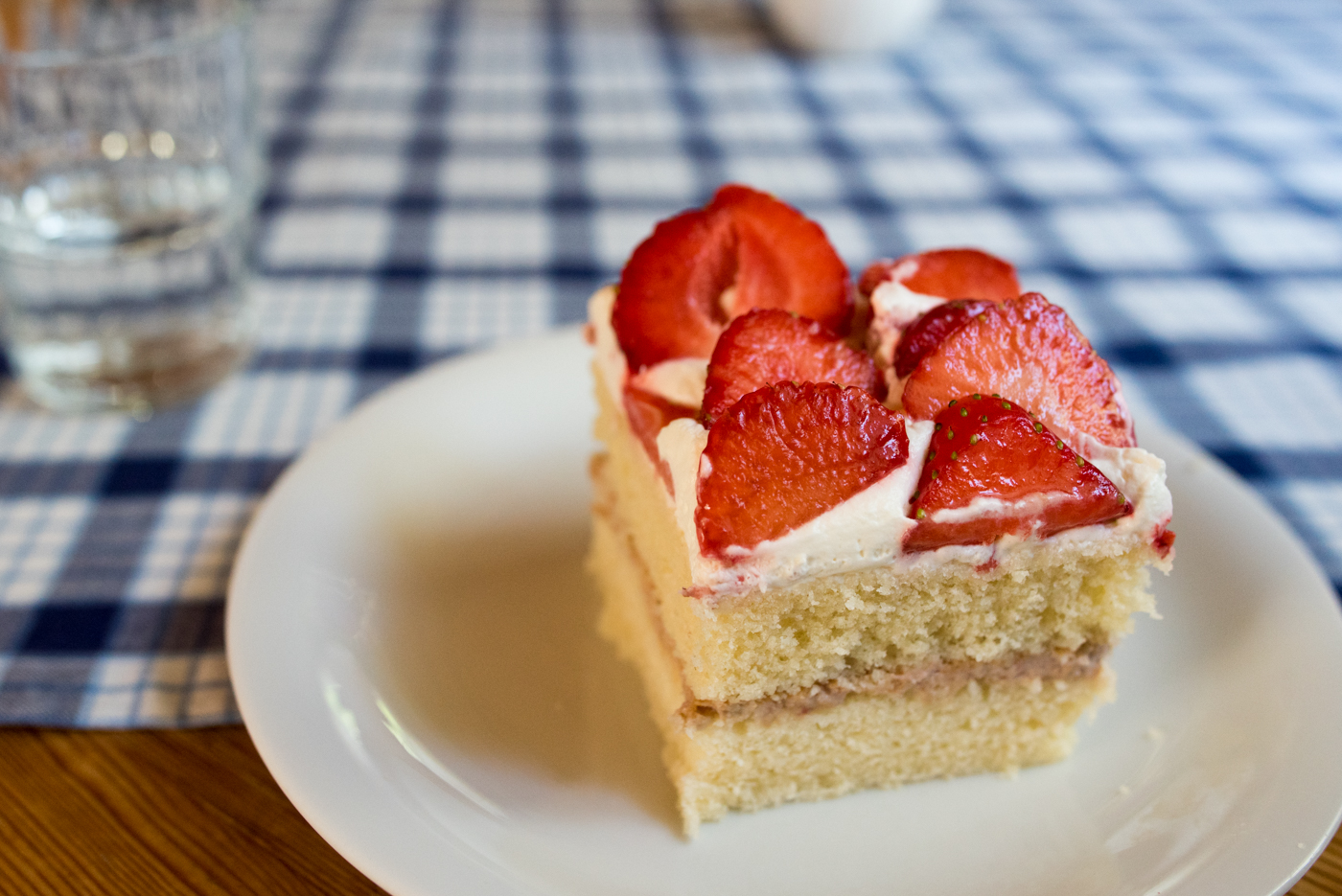 Spending Midsummer in Sweden was the first real taste of summer I’ve had this year, since the weather has been pretty crap in Paris up until now. I was so pleased to find this dress in a popular shop in Sweden called Indiska, and I can see myself wearing this every other day for the rest of the summer! It covers my entire body, which puts me at ease, but the fabric is super light and breathable so I don’t get hot. 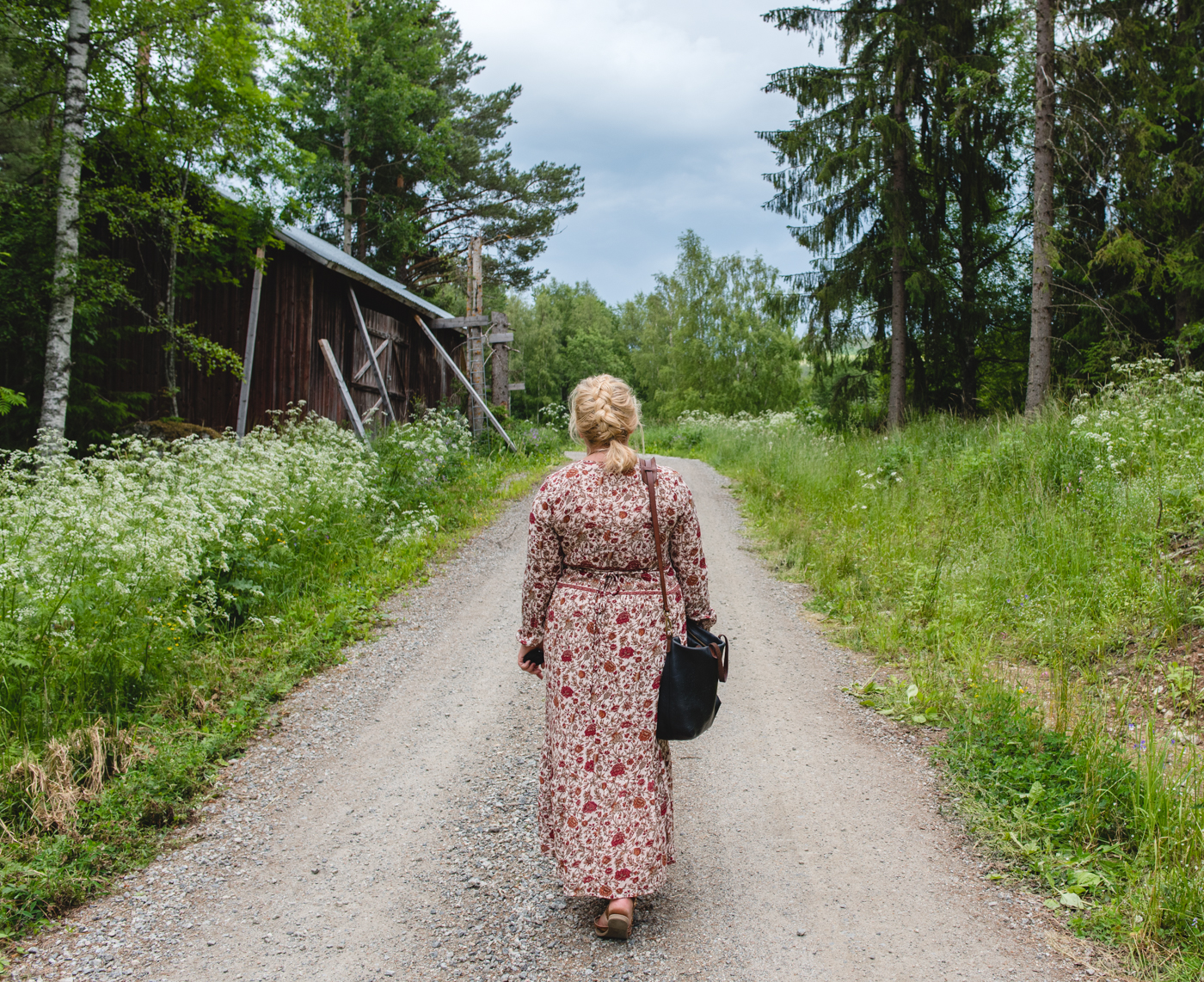 I’ll leave you with a little photo of the neighborhood dog named Challe. He pretty much splits his time evenly between three houses, even though he does have an official owner. Even though I’ve never met his owners, I’ve seen him during all three of my visits to Sweden! This time I learned that he’s somewhat of a movie star, making multiple appearances in a movie called Miraklet i Viskan (Miracle in Viskan), which was filmed in his village! 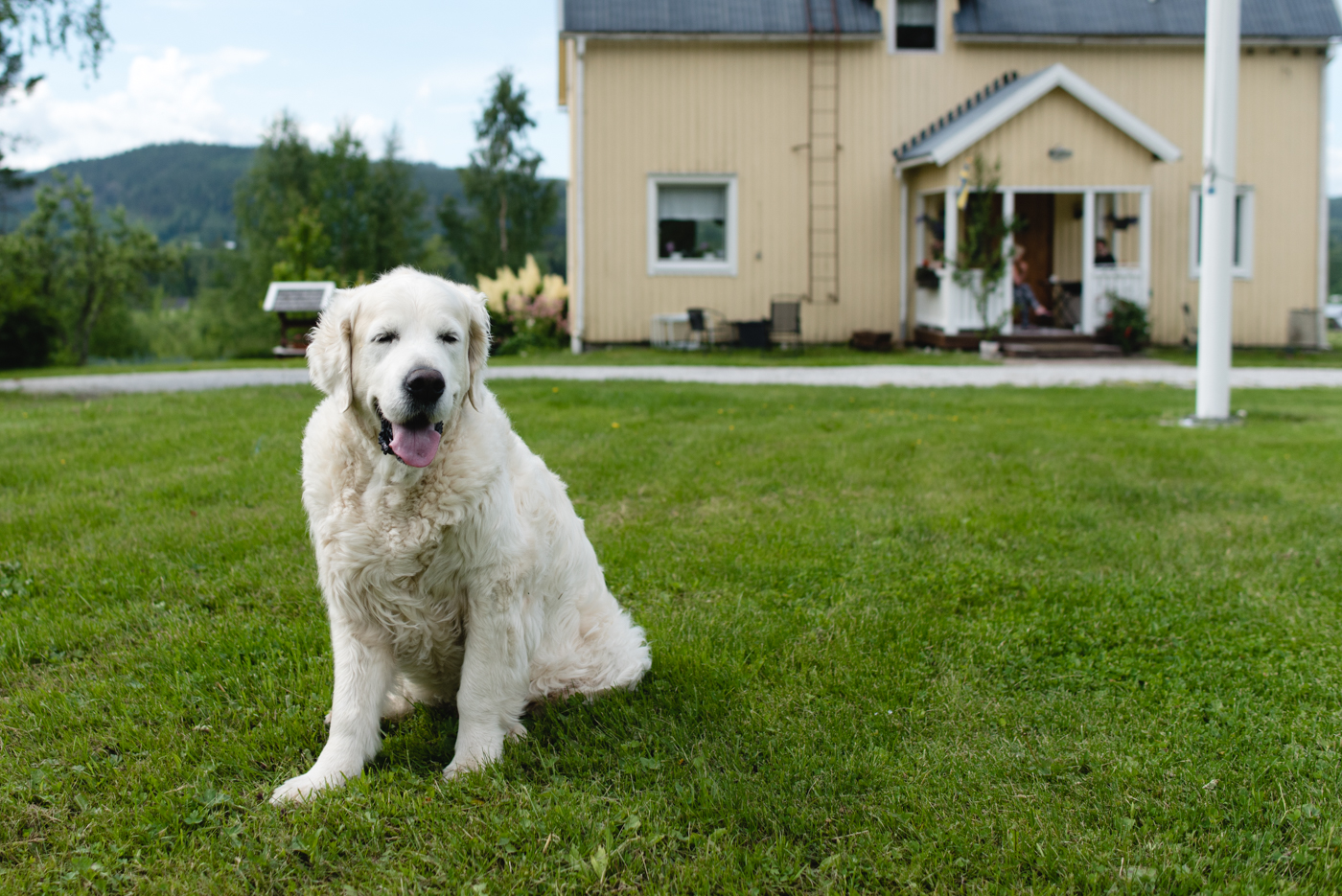 Oh, and here’s the amazing video I referenced at the beginning of this blog!

See my other trips to Sweden during winter here and here.