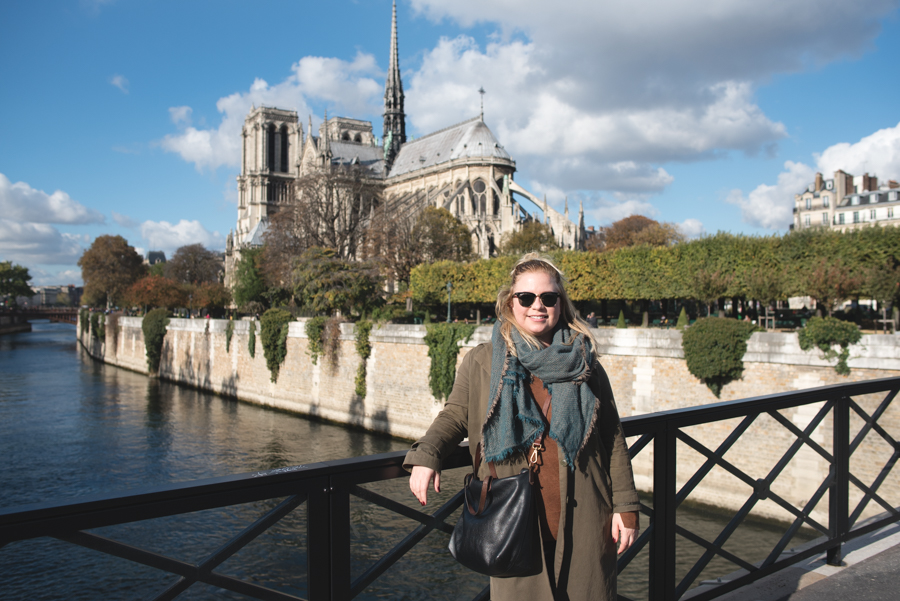 It’s the night before our departure and as I write this I’m sitting in our dark hotel room as Erik watches Netflix on his tablet in bed. Everything feels strangely normal.

Our old apartment is completely empty, our 5 boxes of belongings have been shipped, and our two suitcases, two duffel bags, and two backpacks are almost completely packed and ready for the flight tomorrow. It was a lot of work and stress to narrow down all of our belongings into a handful of boxes, but it feels so good to have a fresh start.

Some people have asked me how I feel about leaving France. Do I feel sad to leave the magical land of baguettes, wine and cheese? Am I lamenting the loss of beautiful art and architecture right at my fingertips?

The truth is – no, I’m not sad. But don’t get me wrong, it’s not like I’m dying to get out of here as fast as possible either. I’ve enjoyed living the French life immensely, but as I’ve discussed many times before in previous blogs, it’s not all sunshine and daisies. Real life is still real life, no matter where you are.

I thought I would take the time to think about how France has changed me as a person, because living in a foreign country for 3 years will do that.

In France, ice in your water is nonexistent. If you want ice, you’re going to have to ask for it, and the waiters will probably think you’re an annoying American as a result. I’ve since realized, after becoming accustomed to room temperature or cool water, that the ice situation in the USA is out of control. WHY does your water need to be cold enough to make your mouth go numb and your teeth ache?

Huge Tables Scare Me, yet Excite Me.

When you eat a meal at a Parisian café, you are allotted only the space your body takes up, plus maybe 2 inches on each side, and thats it. You learn to eat with T-Rex arms and you learn to do it well. I myself have mastered this skill, and I’ve even become very good at slithering between tables without knocking over your neighbor’s salt and pepper shakers when it’s time to leave the crowded terrasse. 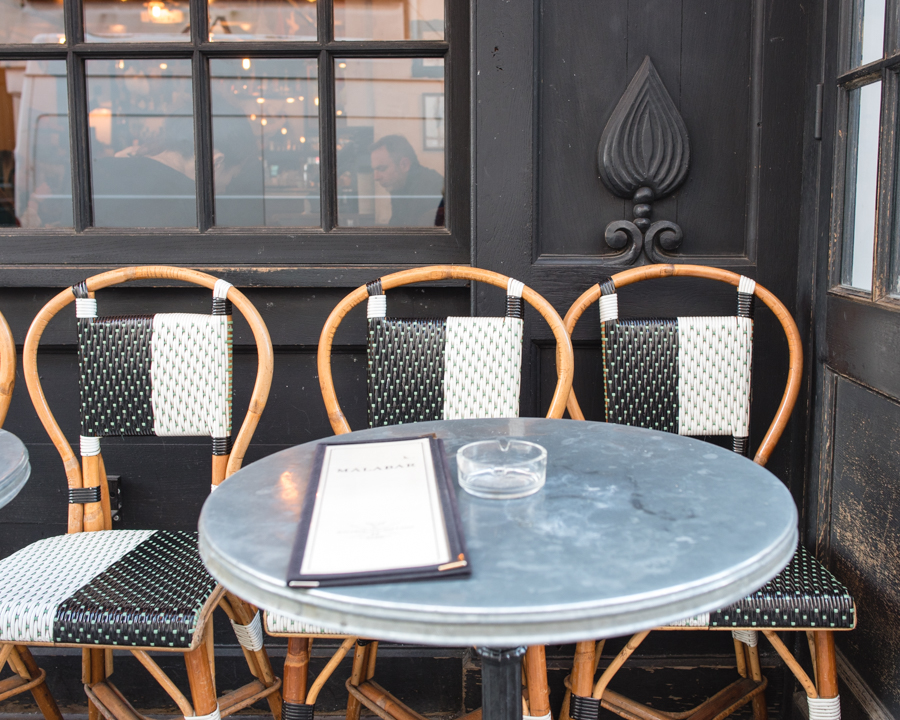 Now, instead, I’ll have huge American tables. The world will be my oyster, and part of me is still overhelmed with all the freedom I’ll have. I’ll be able to man-spread wherever I go. I’ll be able to lean my elbow on the table because there will actually be a significant portion of the table top that’s free of any plates, baguette baskets, wine glasses, or water carafes. I’ll be able to stand up rapidly and suddenly without fear that I’ll accidentlaly elbow someone in the back of their head. I’ll be able to give my handbag it’s own seat instead of placing it on top of my shoes, under the table, with the strap wrapped around my leg so that: 1) it doesn’t get filthy, and 2) it doesn’t get stolen. Dining in the US is insanely different from dining in Paris.

I Think Wine Should be Allowed in Parks and Beaches

Honestly, California beaches are the perfect place to crack open a cold beer or have a glass of chilled rosé, but if a cop catches you, you’re in for a nasty fine. In Paris, you can drink straight form a bottle of wine on the metro and nobody gives a crap. You can sit on the edge of the Seine river in the summer and have a wine-filled picnic with hundreds of others, and it’s like one big outdoor party with no bouncers or ID checks. Some of my best memories have been spent on the riverbank drinking wine in the summertime.

I Value the Integrity of a Line

Let me tell you something about French culture that still baffles me. THEY SUCK AT STANDING IN LINE. The number of times I’ve been cut in front of is infuriating. For instance, if there are two registers open right next to one another in a store, but clearly one single line leading to both, I guarantee you that some rando will come marching up and suddenly create a brand new line out of thin air in front of one of the registers. That person literally does not care about the 5 people who have been politely waiting their turn, they just use whatever logic is most convenient for them in that moment, and screw the other people. There was even a moment in starbucks where a lady behind me, who had been waiting with me in line for 5 minutes, attempted to skip past me and two other people as soon as she realized that a second register was open. NO! JUST BECAUSE YOU SEE A 2ND REGISTER DOESN’T MEAN YOU CAN CUT IN FRONT OF ME! That time, I spoke up, and she went back to her place in line.

I Have a New Appreciation for Sweatpants & Pajamas in Public

One of the first things I want to do when I get back to California is go to a grocery store at midnight in my pajamas. America is the land of the free, and that includes how you look when you go to the supermarket. There’s something so incredible about not giving any f**ks about how you look in public.

I’m Desensitized to the Smell of Cigarette Smoke

So many people still smoke in Paris, it’s actually a bit unsettling. Apparently they either didn’t get the message that smoking kills, or they just don’t care. In Paris, you will be hit with a wall of secondhand smoke in your face at various points throughout one day – it’s inevitable. I’ve learned to accept the smoke, it doesn’t phase me anymore. In fact, I’ve grown fond of it, in a way, because the smell of cigarettes will always bring back memories of Paris.

I’m Probably Going to be a Bread, Pastry and Food Snob 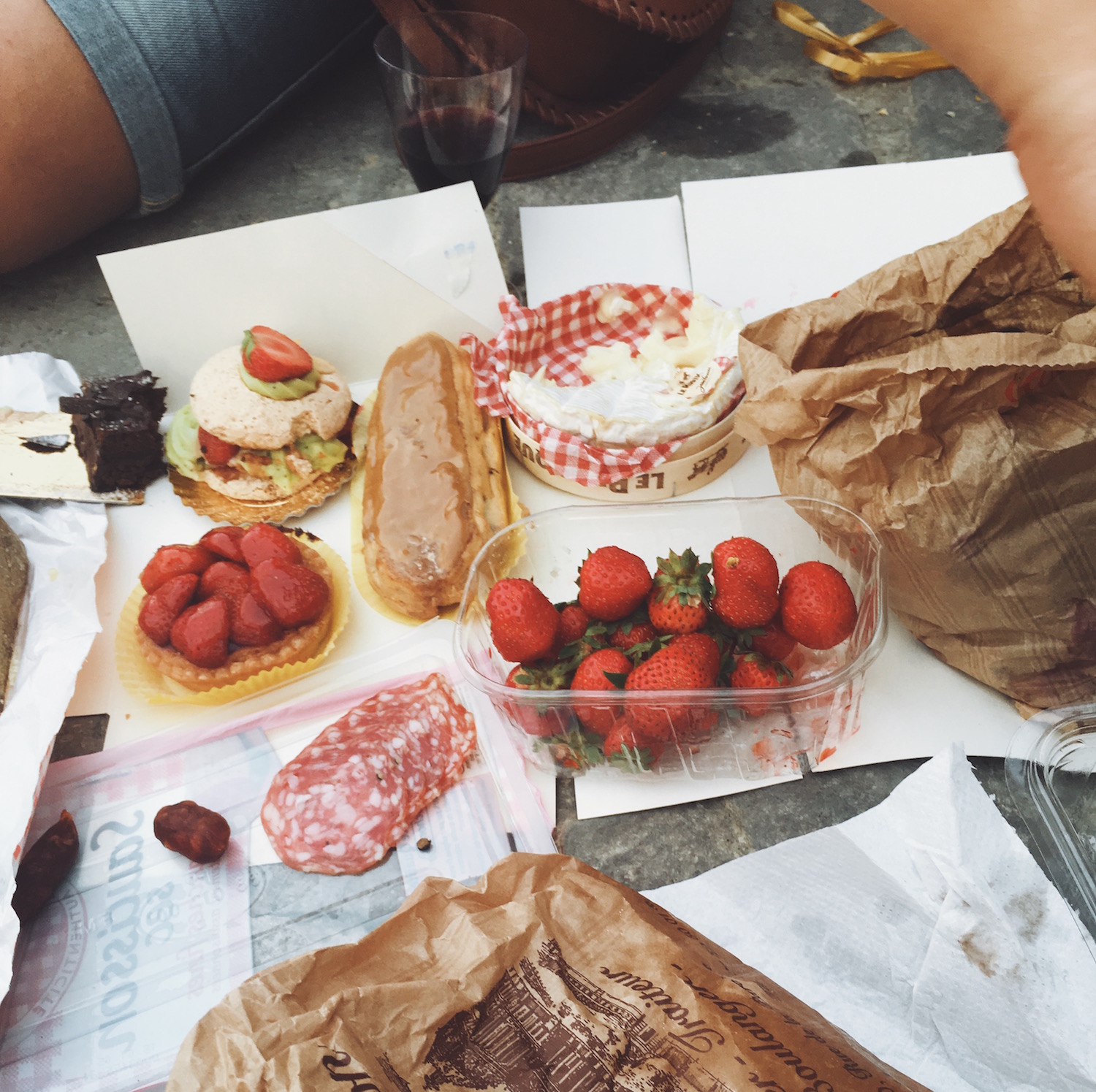 I’ve been spoiled. For three whole years I had access to fresh, warm baguettes, perfectly flaky, buttery croissants, and fantasticly ornate pastries every single morning. Now, if I get a hankering for these French baked goods, I’ll have to search pretty hard to find anything similar (the ones at Starbucks don’t cut it), and they’ll probably be way overpriced. I recently saw a photo on Instagram of a pain au chocolat (chocolate croissant) in Australia that was priced over FIVE DOLLARS. In France, the most delicious croissant costs a mere euro or less!

Public Service Announcement: French macarons are NOT pronounced mac-ar-OON. Macaroons are coconut balls that are sometimes covered in chocolate, not delicate meringue and almond powder based confections.

And don’t even get me started on how delicious the seasonal fruit is in France. The tasteless, oversized, probably genetically modified fruit in America doesn’t even compare!

So now it’s on to a new adventure! Even though I’m returning to where I began, in a way, I know that I will never stop transforming, learning and growing. Cheers to the next three years and beyond! *clink*