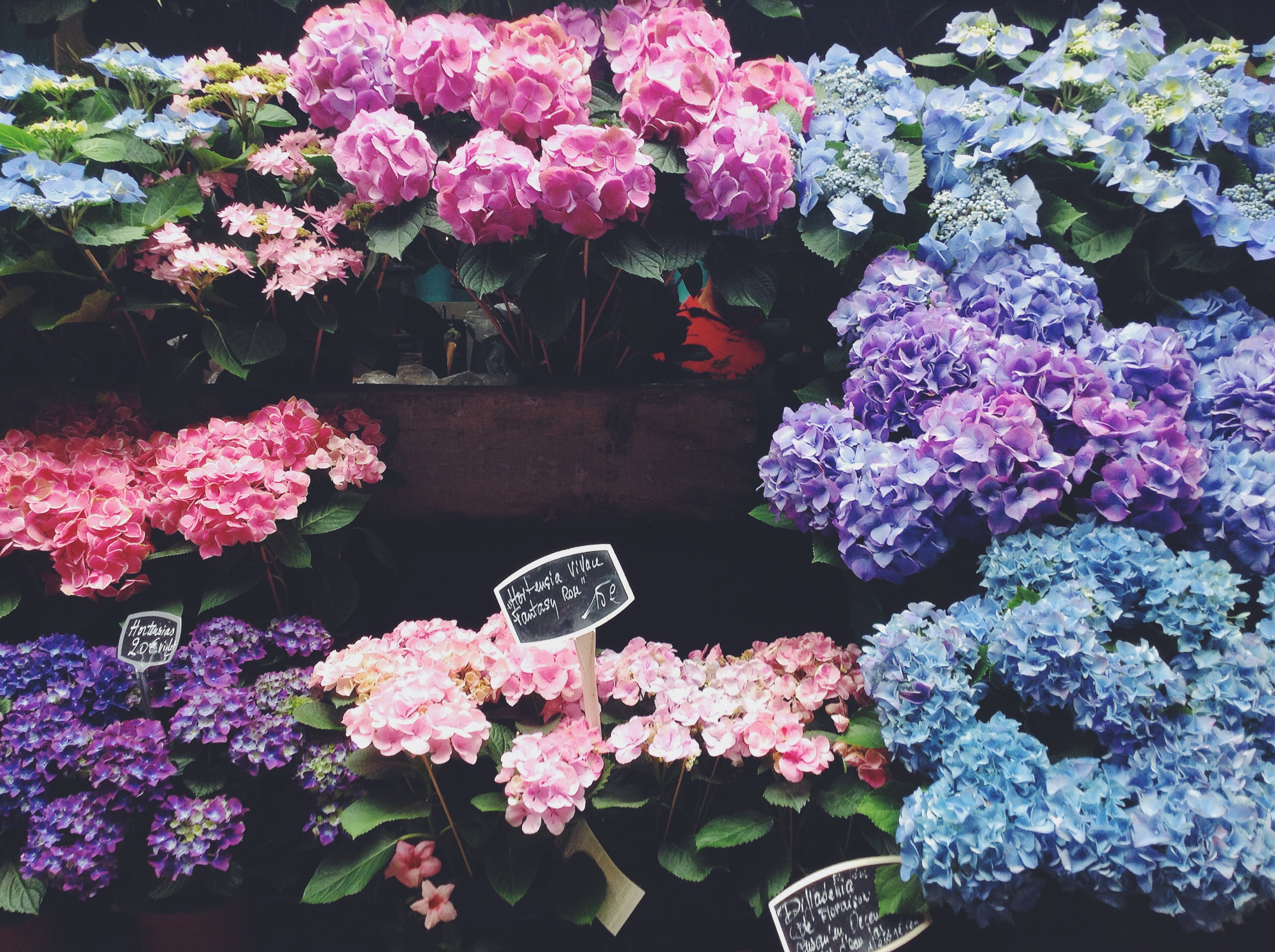 I’ve been trying to get myself out into Paris at least once a week lately, as the home-commute-work-commute-home routine gets old really fast, and I’ve succeeded so far.

First, I wandered around Beaubourg and stumbled upon AntiCafe, which you can read about in my previous post.  Great Success.

Then, on different day, I met a friend at Place Monge, indulged in a crepe the size of my head at Au P’tit Grec on rue Mouffetard, the interior of which is hung with vines, and then strolled through the surrounding streets while UBER-overindulging on a Nutella crepe for desert. Another day, I was meeting a friend for falafel in the Marais, but decided to take the long way there, stopping to smell the roses (literally) at the Flower Market on île-de-la-cité.  The Hydrangeas were abundant. Other than that, I’ve just been my same old self, still feeling unsure about pretty much everything, except family and friends of course.  I think I’m starting to get used to feeling uncertain though, so maybe that’s a step in the right direction.  Acceptance is the first step, right?  :p

Hope you’ve been having a great couple weeks, I’m hoping to generate the energy to put together my second instalment of Art History Lesson: Impressionists you’ve never Heard of, this weekend.  And maybe a fashion post soon?  We shall see.