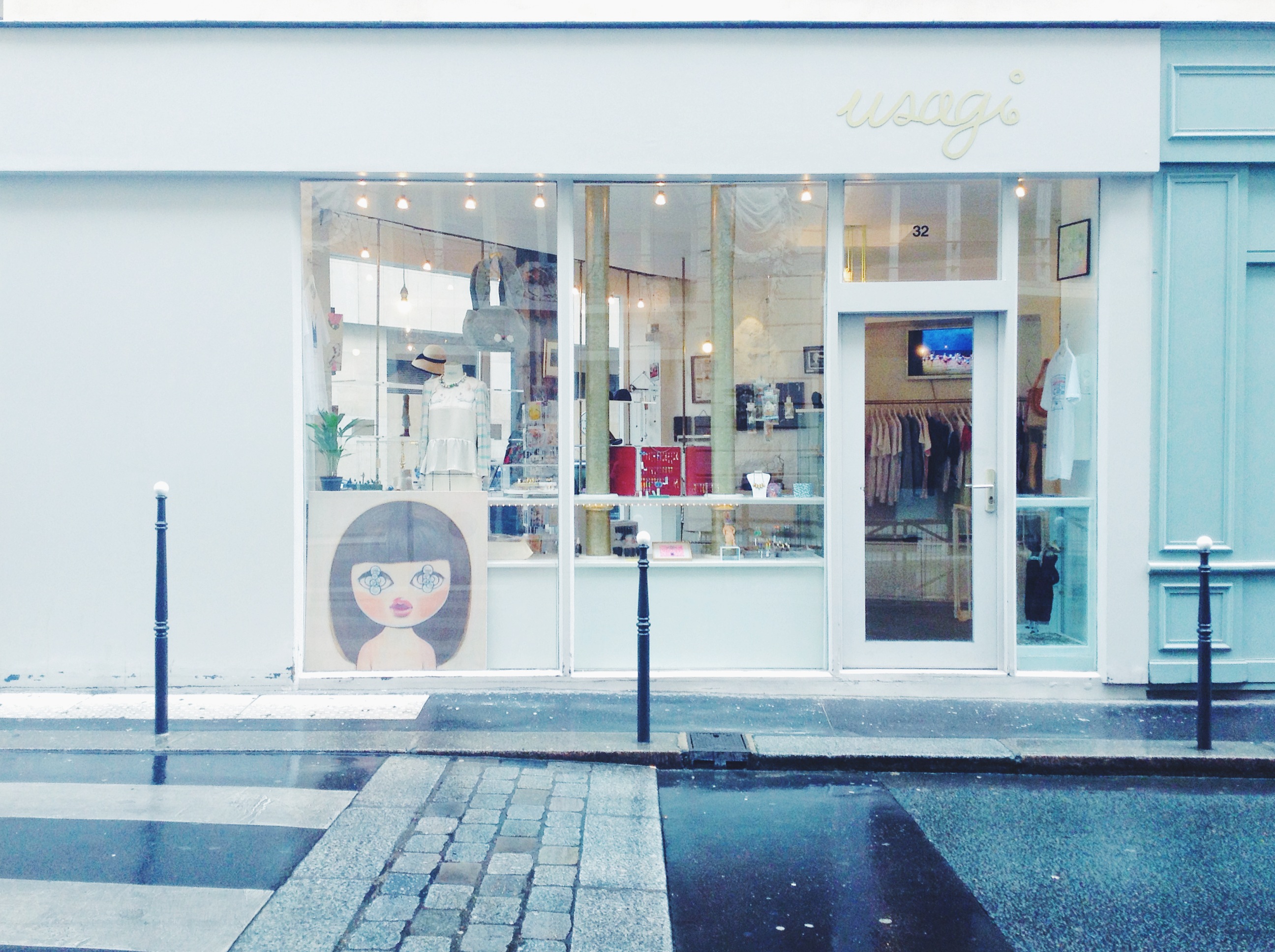 And speaking of international, let’s get into the background of this store… Usagi translates as “rabbit” from Japanese, and is a mysterious and multifaceted symbol of Japanese culture.  The usagi is both warm and mysterious, familiar yet spiritual.  Images of rabbits can be found throughout temples in Japan and is a major motif in Shintoism, a ancient spirituality that has intimate ties with nature.   The Japanese theme doesn’t stop at the name: The owner of of Usagi, Michiko Horie is also Japanese, and so are many artists and creators she represents in this space.  It’s not exclusively Japanese, but you can definitely feel the culture here.

The little triangular shop with whitewashed stone walls is sandwiched between two massive windows, which let in some beautiful, bright light.  Down the teeny spiral staircase, you’ll find a gallery space where art shows take place. You’ll find a lot of handmade jewelery here, as well as a custom line of clothing, some accessories, small prints, art objects, funky shoes, postcards, and even Michiko’s own paintings. There’s really something here for every budget. I highly recommend visiting Usagi!  It’s just a blink away from the famous Colette and the Tuileries gardens.