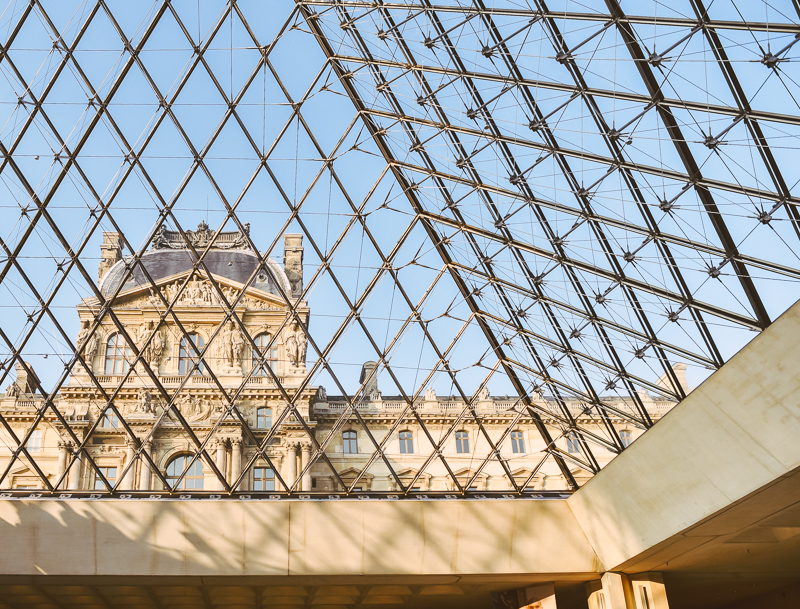 To rectify this situation, I decided to take a tour with a guide who actually knew their stuff. Plus, it’s always good to continue learning new things and expanding your brain. Museums by Localers was gracious enough to approach me and offer their services. I could have gone on the Canal Saint Martin Food Tour, which I was very tempted by, but decided to go for something that would bring me back to my Art Historical roots. The one thing I hate more than anything are those extremely large, noisy groups of tourists that get in the way. And I don’t necessarily mean that I hate their presence in Paris – I mean I hate being one of them. I’ve done it once, on my high school trip to Paris, and I couldn’t stop feeling self-conscious and highly aware of how blatantly touristy I looked in my huge group of 30. Maybe it has something to do with the stereotype that French people find Americans obnoxious, because I’ve had a phobia of “looking like a tourist” ever since then.

I’m happy to say, however, that this Localers tour was nice and small, only 6 people, including the guide, Astrid. We blended right in… and didn’t obstruct pathways. I learned some pretty awesome things that day, the most memorable, of course, was also the most “scandalous.” The sculpture you see below might at first glance seem like a run-of-the-mill “reclining nude,” like countless others in the long history of art, but unless you take the time to circle around the work and view it from all angles, you might miss one important detail: a penis. Yes, this is a beautifully rendered, feminine and masculine figure study of Hermaphroditus, the Greek god of androgyny, marriage, fertility and sexuality. Did you have any idea that the word “hermaphrodite” comes from the union of Hermes and Aphrodite? Well, you do now! And it wasn’t just an orthographic union of the words, it was also a literal union of two bodies into one androgynous being – or at least that’s how the story goes. One thing I couldn’t help but notice were the marble floors throughout the ground floor. I asked Astrid and she told me they are original to the palace. Upstairs, they have installed wood parquet, which they have to replace every 10 years because of how much foot traffic the Louvre receives – about 10 MILLION visitors per year. That’s right, I said 10,000,000.

When I first saw marble polychromy like this, I remember finding it very ugly, but that was way before the carrara marble craze that’s been going around the internet for the past few years (you can now find phone cases and armchairs covered in a marble pattern). I don’t know when the shift in my mind happened, but I now look at this floor and marvel. I think about the fact that each type of stone was harvested from some random mountain in completely far-off corners of the globe, how all that heavy stone had to be transported back to Paris, then cut and arranged in a very precise way. Even aside from the geometrical, man-made pattern of the floor, the natural variety and color of the stone itself is beautiful. There was also an insanely ornate fireplace with an “H” for one of the king Henrys that lived in the Louvre – there were like three kings named Henry who lived here at some point.

It was a very sunny day, and even though the pollution was hanging heavy in the air, it made for a wonderful, warm atmosphere as the sun started to set. The grande roue and Arc de Triomphe became hazy, gray silhouettes in the distance, and the sky really did fade from light blue to golden yellow, just like a good Instagram filter. This view was taken from an end window of the Denon wing, near a fancy staircase and the 19th Century large-format French paintings, if any photographers out there were wondering… i’m realizing now how difficult it is to describe a specific location in the Louvre – it is, after all, a whopping 652,300 square feet of exhibition space. One of my favorite works of art in the Louvre is below. Astrid didn’t talk much about this one, but not much needs to be said. It’s just plain gorgeous. The last thing I want to talk about is I.M. Pei’s glass pyramid in the central courtyard. I’ve always accepted it as a natural, normal part of the Louvre. In fact, the Louvre wouldn’t be the Louvre without the big glass pyramid in the middle! As it turns out, though, like most modern additions to the city, the Parisians hated this glass monstrosity when it was first installed under president Mitterrand in the 80s. But now, of course, it’s become a symbol of Paris and everybody loves it. I’ve heard a very similar story told about the Eiffel Tower when it was first built, and the same for the Buren columns in the Palais Royal. As Astrid was talking about the iconic pyramid shape, it occurred to me for the first time how appropriate it was. The pyramids of Egypt held the wealth of Egyptian culture and history, a repository for the very best of the best. Couldn’t the Louvre be considered the same thing for French culture?

Thanks so much to Museums by Localers for the amazing learning experience! If you’re looking for a great tour company, I highly recommend this one. Also check out their non-museum tours for everything from Space Invaders and flea markets to food and literature! 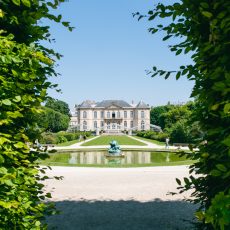