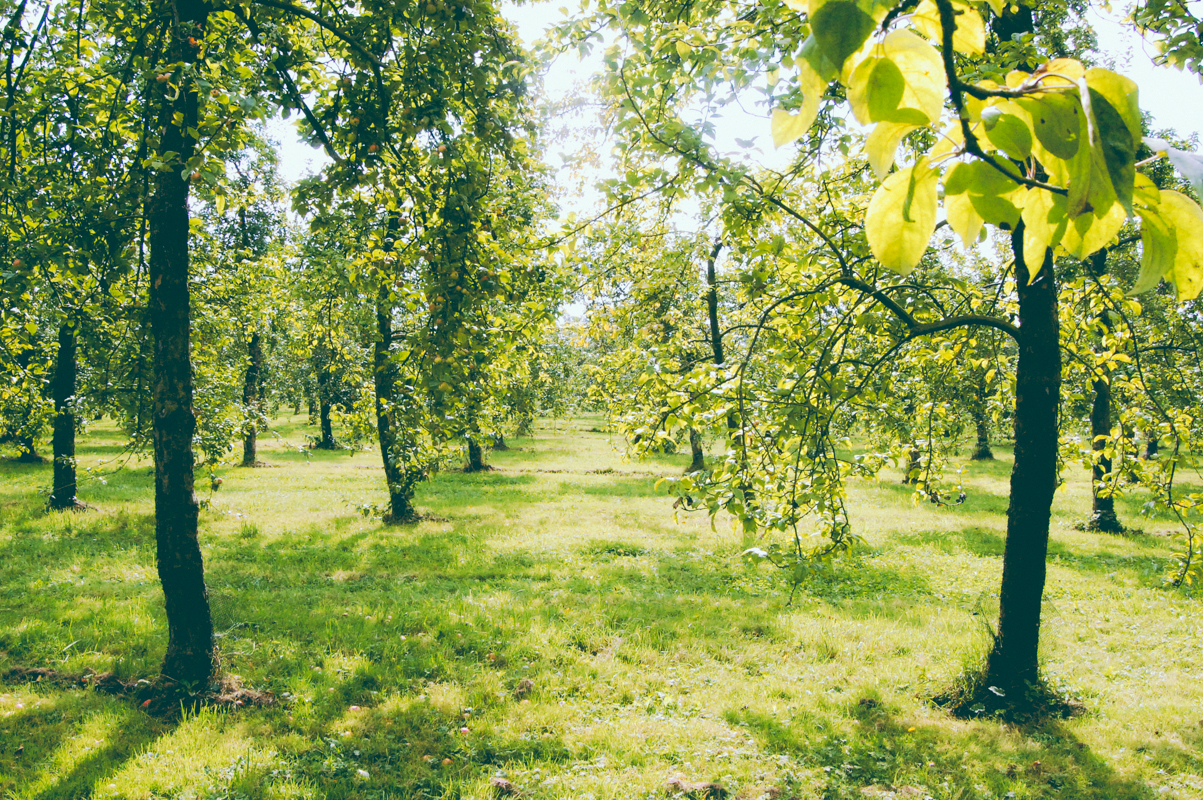 My best friend Natalie and I decided to take a quick 4-day road trip through France, more specifically, Normandy.  What follows is an account of the events, sights, and stories that took place.  This is just part 2 – you can see day 1 HERE and day 3 HERE.

We arose bright and early in Rouen that partly-cloudy September morning, had a breakfast of chocolate-covered madeleines, then jumped in our little European car.  After 25 minutes of driving in circles, a car ride that was interspersed with frequent shouts of panic and confusion, we finally found our way onto the correct motorway!  The roads in cities can be absolutely impossible with their roundabouts, one-way streets, and indecipherable road name signs. (Somebody please tell me why the road names are in size-2 font and buried on sides of cluttered buildings???) Almost as soon as we found the correct motorway, we were already exiting onto smaller roads that ran through rolling green hills, dotted with cream-colored cows.  Every so often we’d see lines of apple trees, evidence that we’d entered the region of cider production. Our first stop of the day was Cambremer, a central town on the Cider Route, which runs through an area known as the Pays d’Auge in the Region of Calvados.  We didn’t do the entire route, which consists of cider distilleries, gardens, farms, and gorgeous country roads, but the few stops we did make provided a nice overview of the entire area. Cambremer was adorned with colourful bunting – it felt like a party was about to take place – but that outward appearance of celebration was at odds with the quiet stillness of the city.  It was Tuesday, after all, and the second day of la rentrée, or the time of re-entry to work and school after the summer holidays.  The entire country gets back to business in the first days of September each year.

We had lunch in Cambremer, at a restaurant called Au P’tit Normand, a restaurant which Natalie and I will always remember, for we had both the worst and the best food we’ve ever eaten in our lives there.  I’ll leave the best for last and start with the Andouillette: a sausage of coursley-ground pig intestine/colon that Natalie had the misfortune of experiencing.  I’m not exaggerating when I say it smelled of poo.  Straight up, like poo.  How had I never learned the meaning of the term Andouillette?!  To try and mask our disgust, we hid a large portion of the sausage underneath my salad and evenly dispersed the rest among our plates, so as to not seem rude!  We hoped doing this would trick them into thinking we’d actually eaten some of the sausage!  Now, to leave you on a better note, the desert of spice bread (pain d’épices) sautéed in caramel-butter was the best thing I’ve ever eaten.  I bought a loaf of spice bread later that day in hopes of replicating the dish at home! Practically 2 feet away from the center of Cambremer were the Jardins du Pays d’Auge.  Broken into sections, there was something new to discover at each turn. There was even a maze, a chapel, a tiny barn and pair of donkeys, and a tunnel created of trees.  The temperature was perfect that day, and barely any people besides us were visiting.  Originally, I wanted to eat at the crêperie next to this garden, but of course, the restaurant is closed on Tuesdays… c’est la vie. 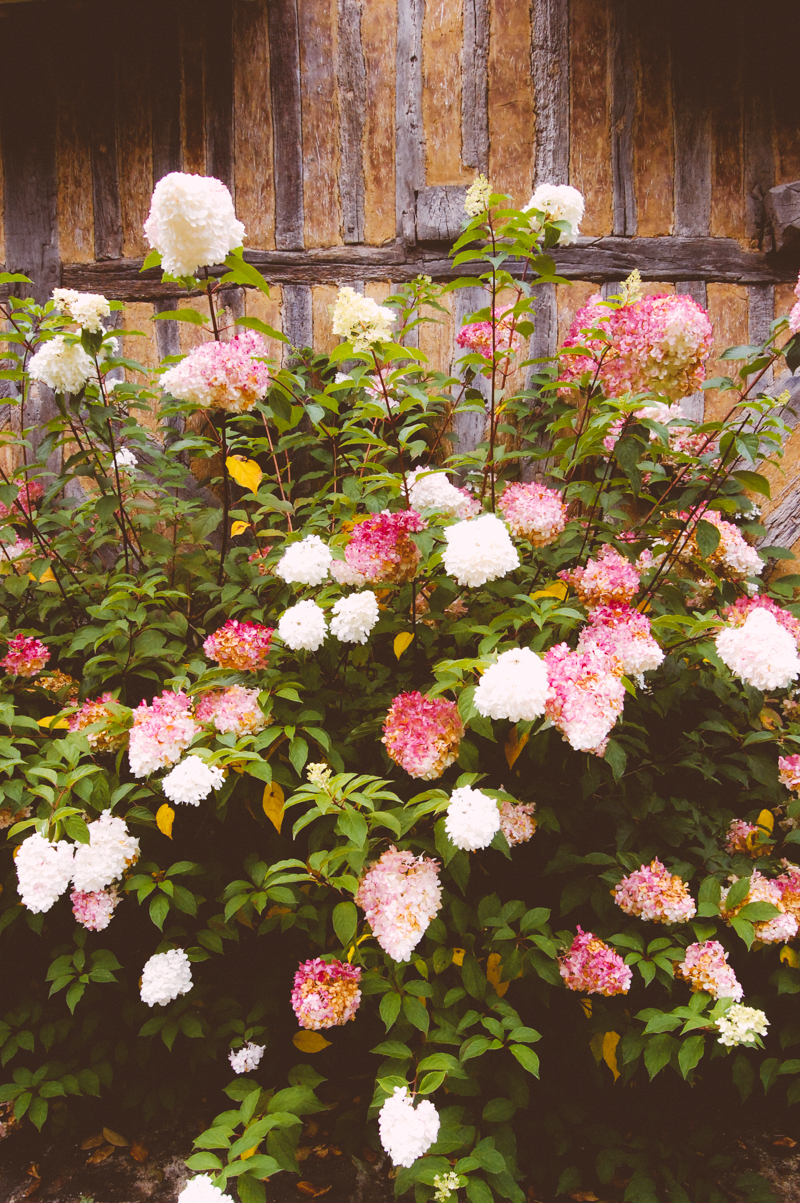 We had a cider tasting scheduled for 3pm, but ten minutes before 3, we were still exploring the garden!  Thankfully, everything on the cider route is extremely closely situated – we arrived just 5 minutes late for the tour of the grounds.  We chose Domaine Dupont, simply because of its location and free tours everyday.  The man who gave us the tour and tasting was part of the Dupont family, whose production goes back five generations!  It’s an authentic family business – I love that. We saw the apple trees, some machinery, barrels, and were able to taste some cider, pommeau, and calvados.  They’re all apple-based, increasing in alcoholic potency from first to last.  Some of the bottles of calvados (apple brandy) had been aged in oak barrels for 40 years or more!  I purchased a bottle of organic cider, calvados cream (tastes like Bailey’s), and calvados caramels. Our next pitstop was the charming town of Beuvron-en-Auge, boasting a position on the “Most Beautiful Villages” list.  It really was adorable, but felt a bit gimmicky perhaps because of its attractiveness.  There were a lot of shops that sold specialty items like spice bread, cider, liqueur of violet, apple-scented tea, paté, terrine, etc.  Perfect foody souvenirs.  The buildings here were painted in charming colors and half-timbered.  We basically wanted to burst out in song like Belle in Beauty and the Beast: “THERE MUST BE MORE THAN THIS PROVINCIAL LIIIIIFE!” The last stop of the day was the medieval town of Bayeux, one of the few villages that remained untouched during the battles of WWII.  It is also home to the Bayeux Tapestry, a really, really, really long embroidered cloth that visually depicts the story of William the Conqueror.  This piece of cloth is about 950 years old, and hasn’t fallen apart! Amazing. I loved Bayeux.  It had a great vibe.  The town was small enough to feel quaint, yet bustling enough to feel intriguing.  The cathedral gave the city this mythical aura – I’m not even being dramatic when I say that.  In fact, behind the cathedral was a monumental tree, and had been planted over 200 years ago.  It was so tall and wide, I wouldn’t be surprised if fairies lived in it… 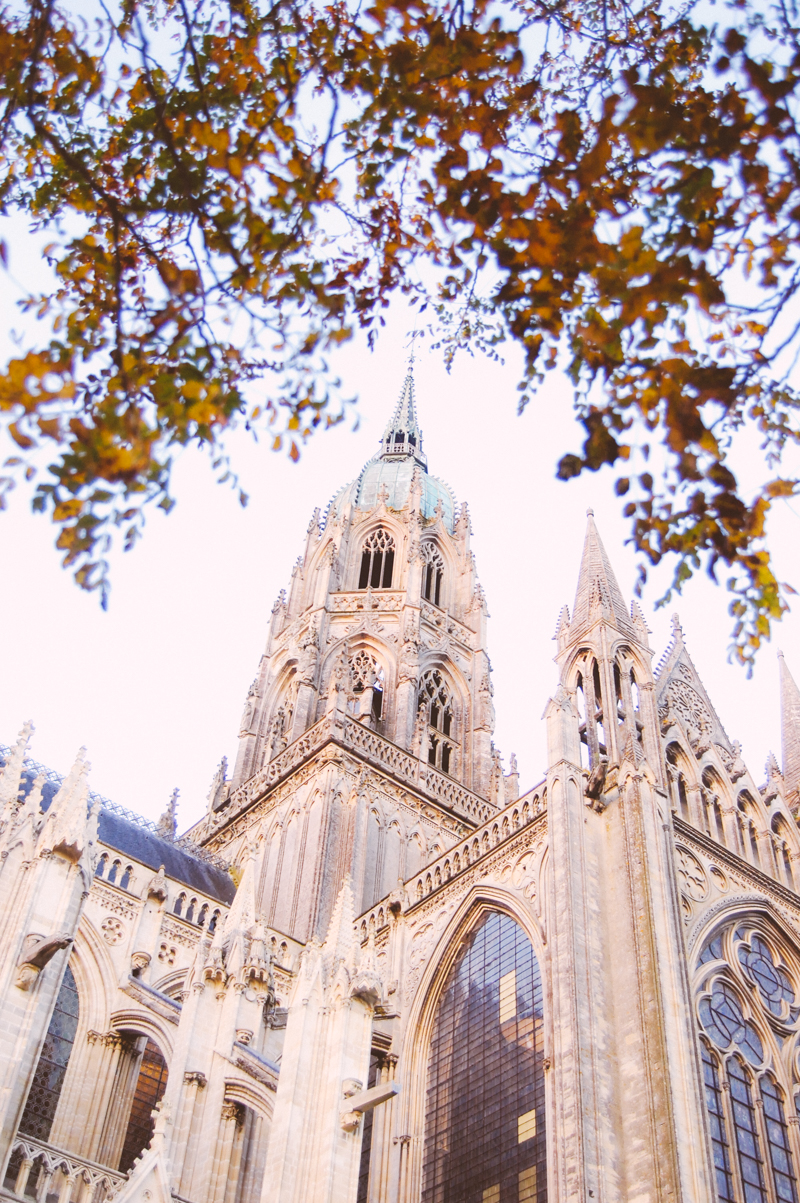 We used airbnb to find accommodation in Bayeux, and I don’t regret it for one second!  The apartment was near the outskirts of town, but it was only a 10 minute walk to the city center.  Here is the link to the room we booked, I can’t recommend her enough!  (It’s cheaper and nicer than most hotels too!)