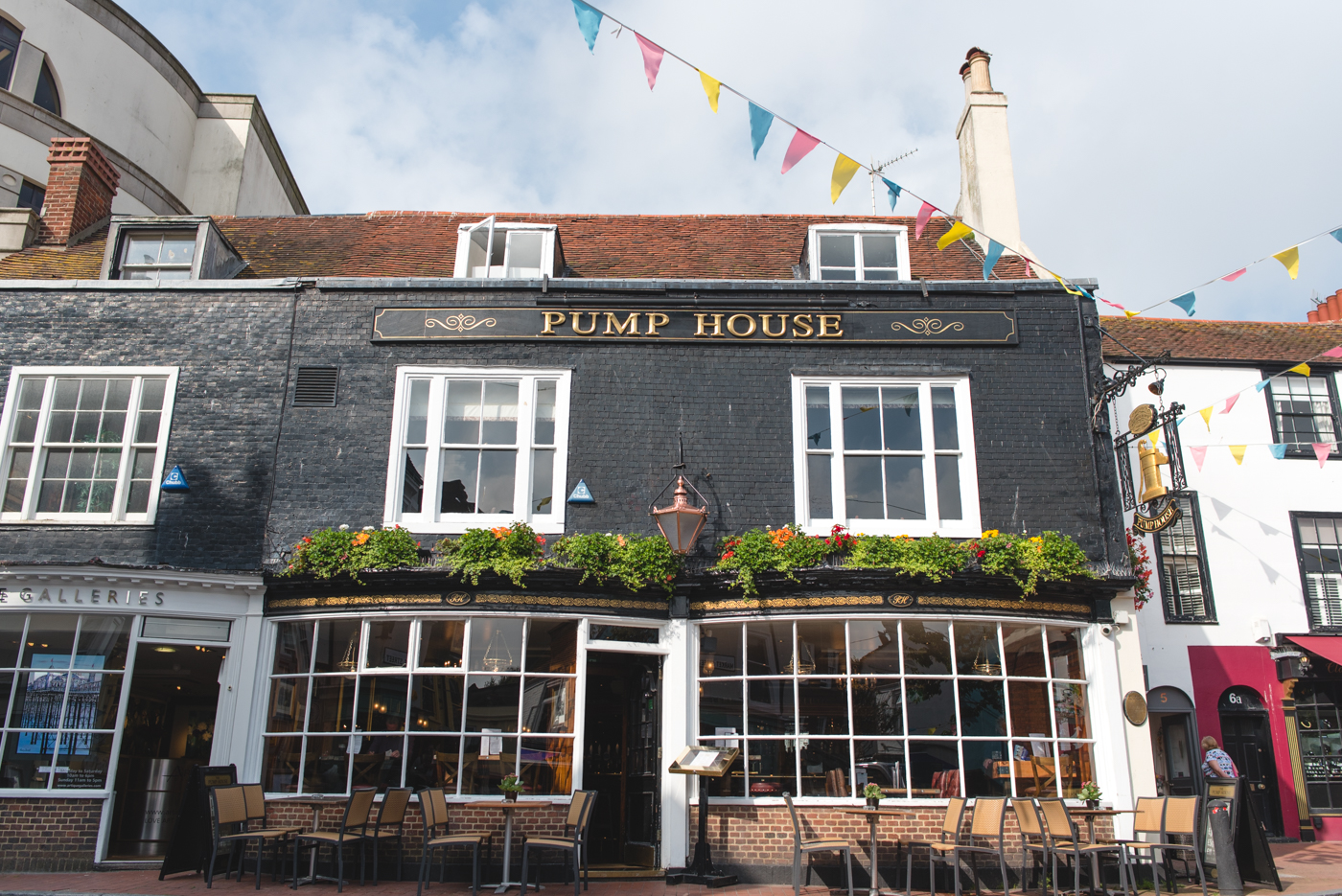 On a recent trip to London, my friend Natalie and I decided to take a day trip to Brighton beach. If we’re being honest, one of the biggest reasons we decided on Brighton (as opposed to Bath or Oxford, for example), was because of a certain YouTube sensation that we both casually follow. Her online name is Zoella and she’s one of the biggest beauty-lifestyle YouTubers out there, and she just so happens to live in Brighton. We had seen glimpses of the town in her vlogs, and it looked pretty adorable from the snippets we were able to catch.

Funnily enough, one of the first things we saw was a giant photo of Zoe and her friend Marc in the window of a photobooth boutique. Natalie spotted it first and said, “Oh hey, there’s Zoe!”

One of the first things I noticed was how colorful everything was and how many small businesses and boutiques there were. It seemed like a very young, hip and lively town. Throughout the day we noticed teenagers wearing proper school uniforms: pleated plaid skirt, white button-up shirt, and a blazer with the school’s coat of arms on it, which I’m pretty sure incorporated some kind of animal. I couldn’t help but think about Harry Potter and the different uniforms each house is required to wear. I had Harry Potter on the mind, since just the day before, we had visited the Warner Brothers studios where the films were made! (I might do a blog about that experience.) School uniforms are somewhat foreign to me, since I grew up wearing pretty much whatever I wanted to school. It was obvious that many of the girls we saw had rolled up their skirts to be as short as they could possibly get away with! 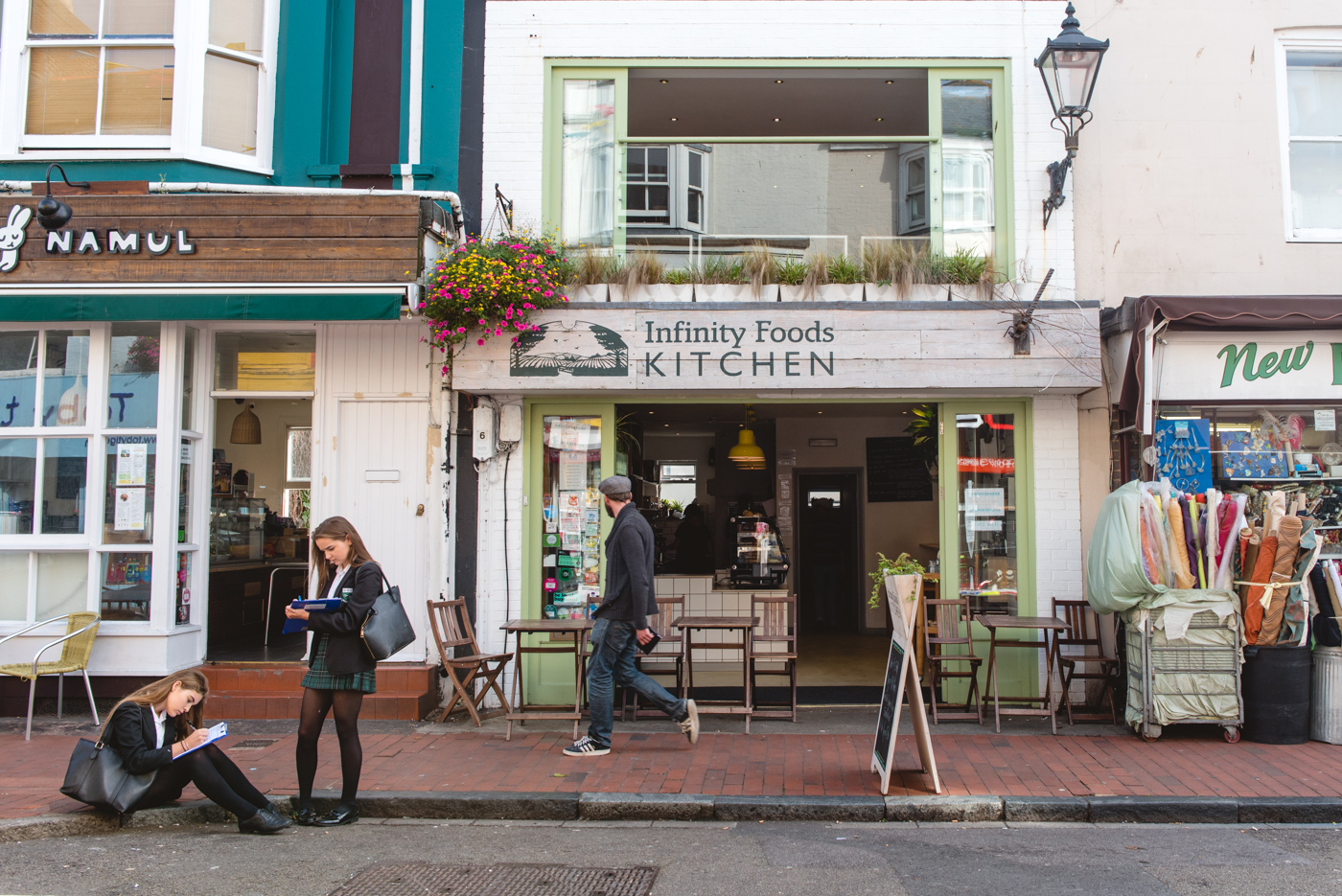 The entire town seemed to be festooned in pastel colored bunting, which didn’t seem to be for any special occasion. I think more cities should be like this! It makes ordinary days feel a bit more like a celebration. 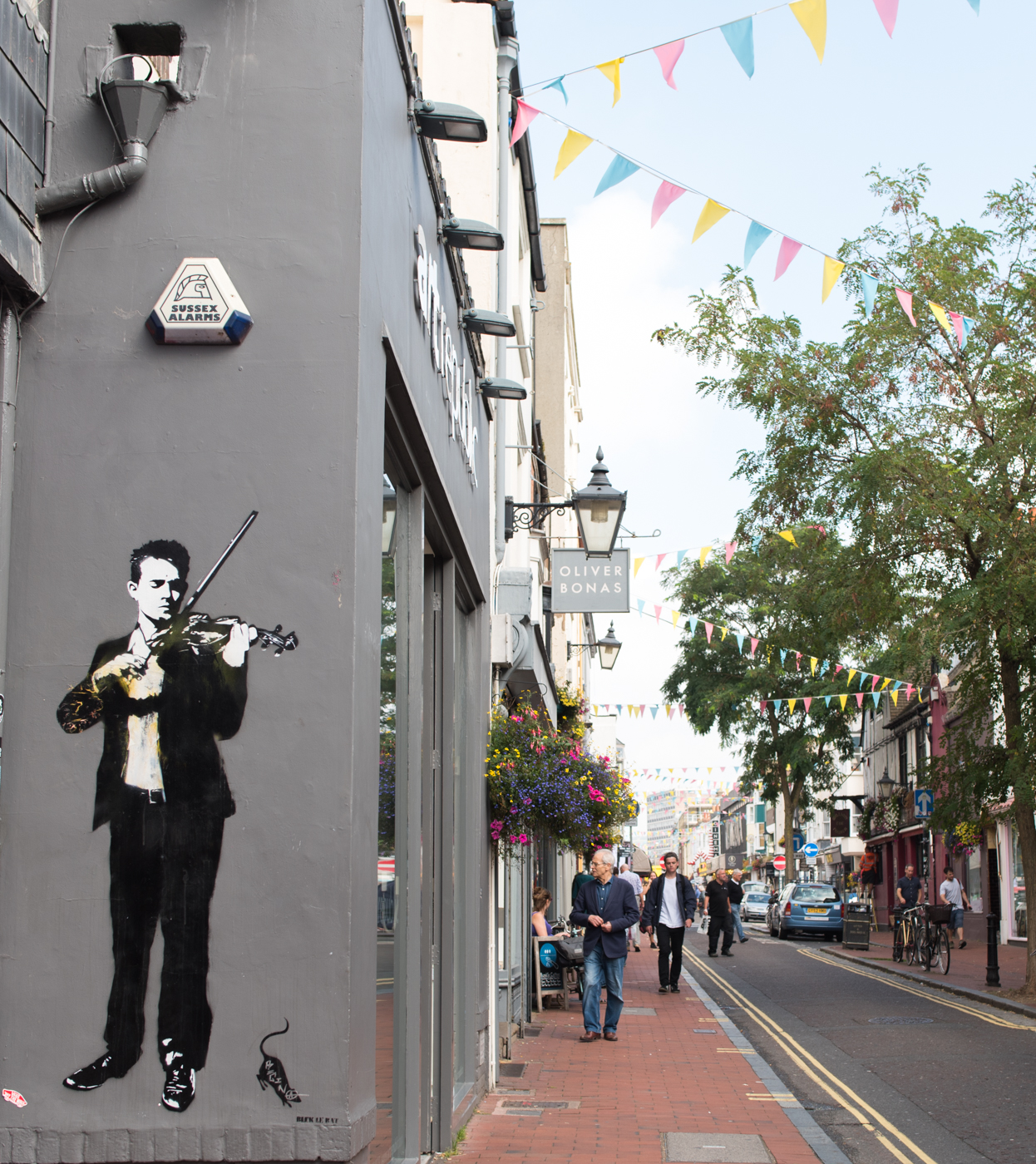 The only thing I knew about Brighton before coming were the so-called “Lanes,” or little alleyways of shopping and dining, so we made a beeline for that area. We were certainly not disappointed here, it was indeed adorable. The colorful bunting continued, and the streets became narrower and narrower, some were only wide enough for two people to pass through. 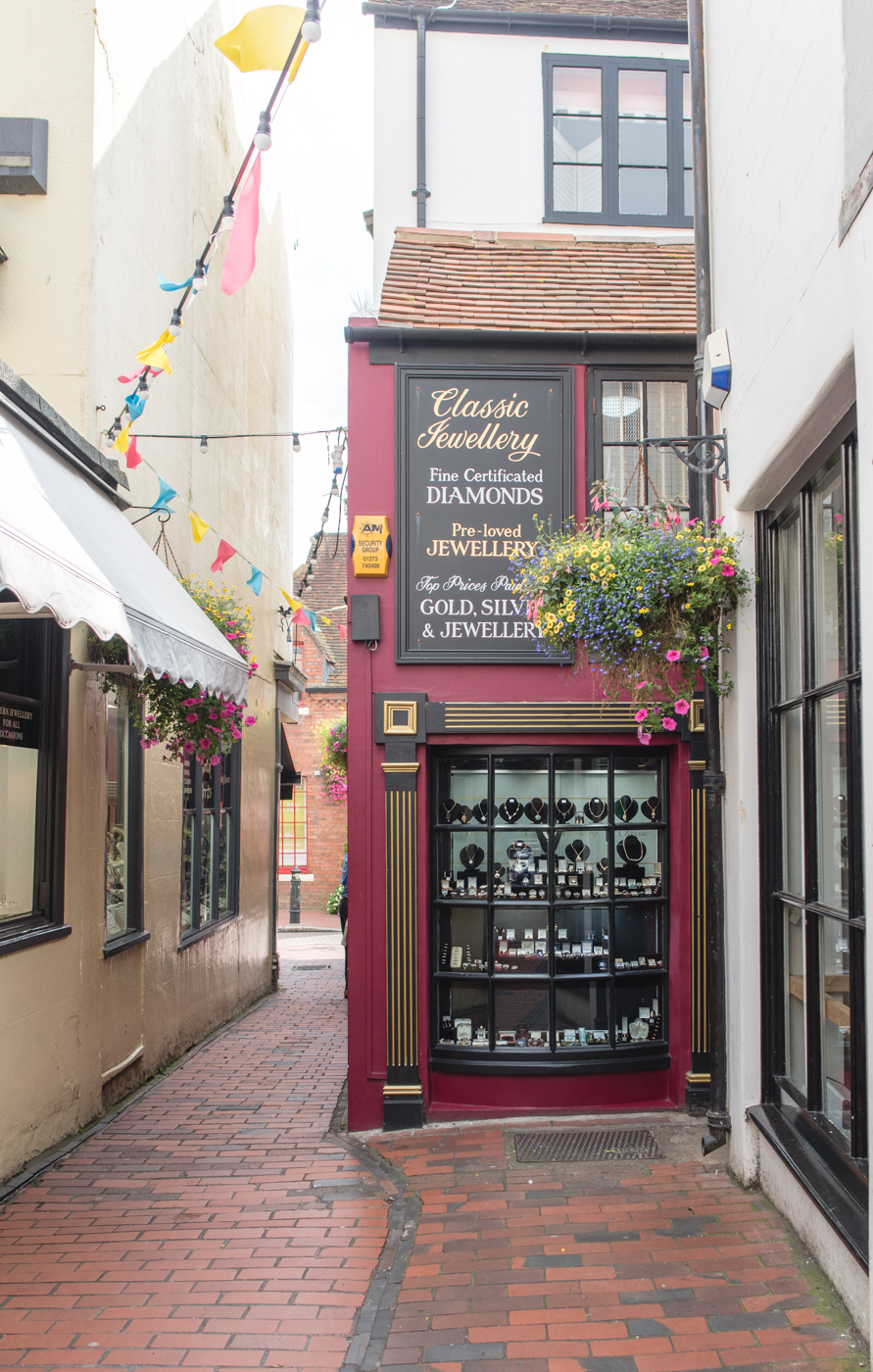 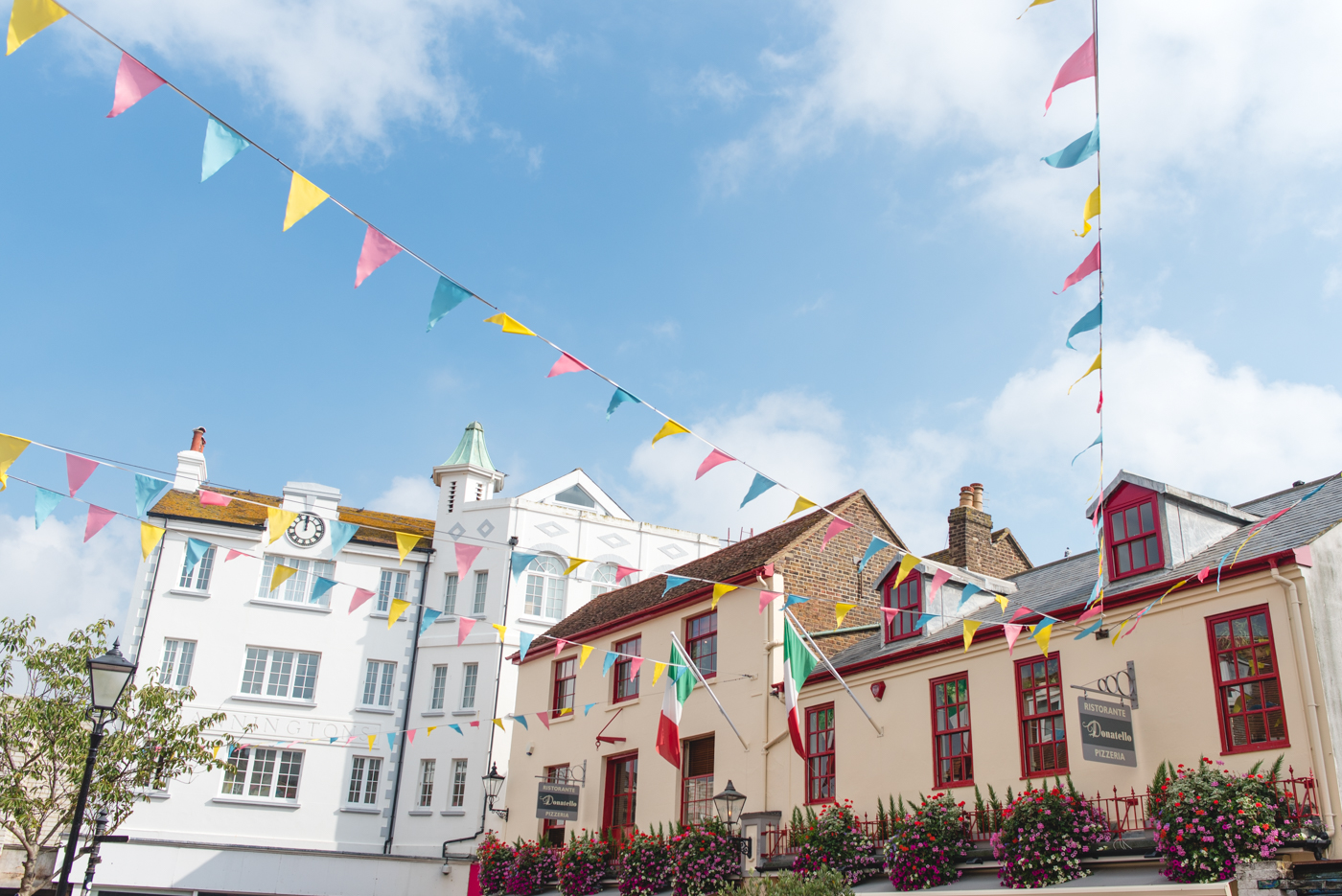 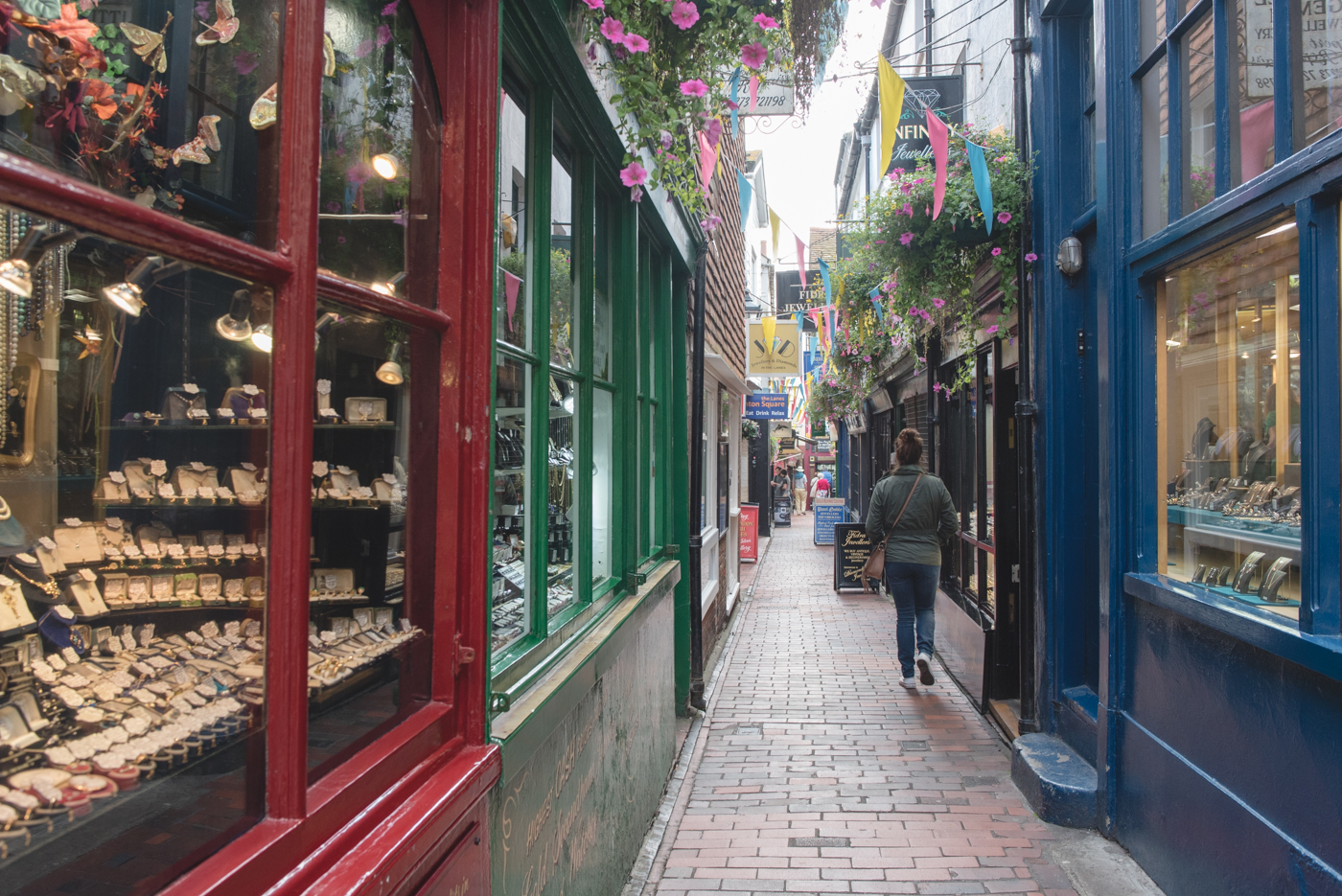 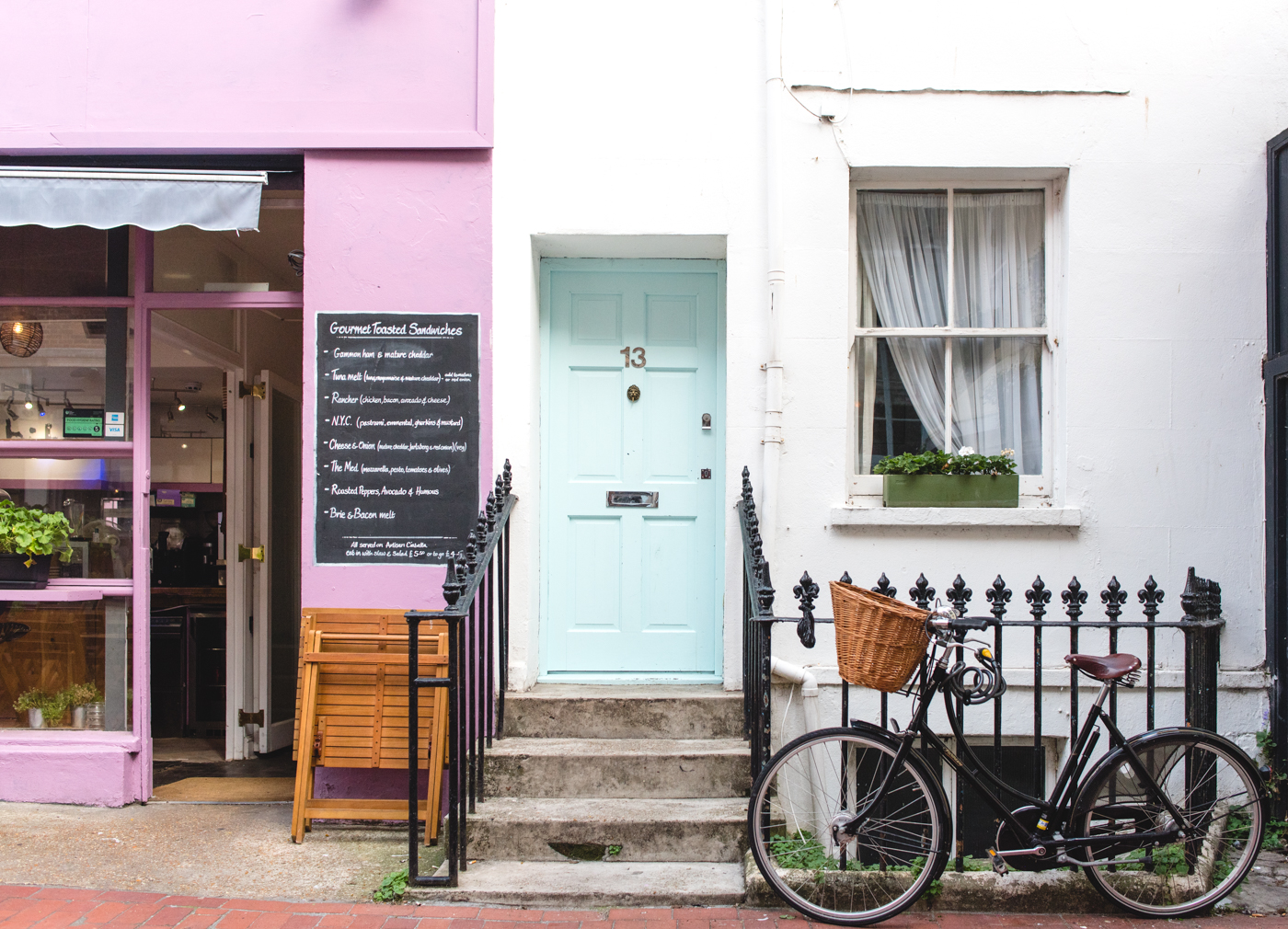 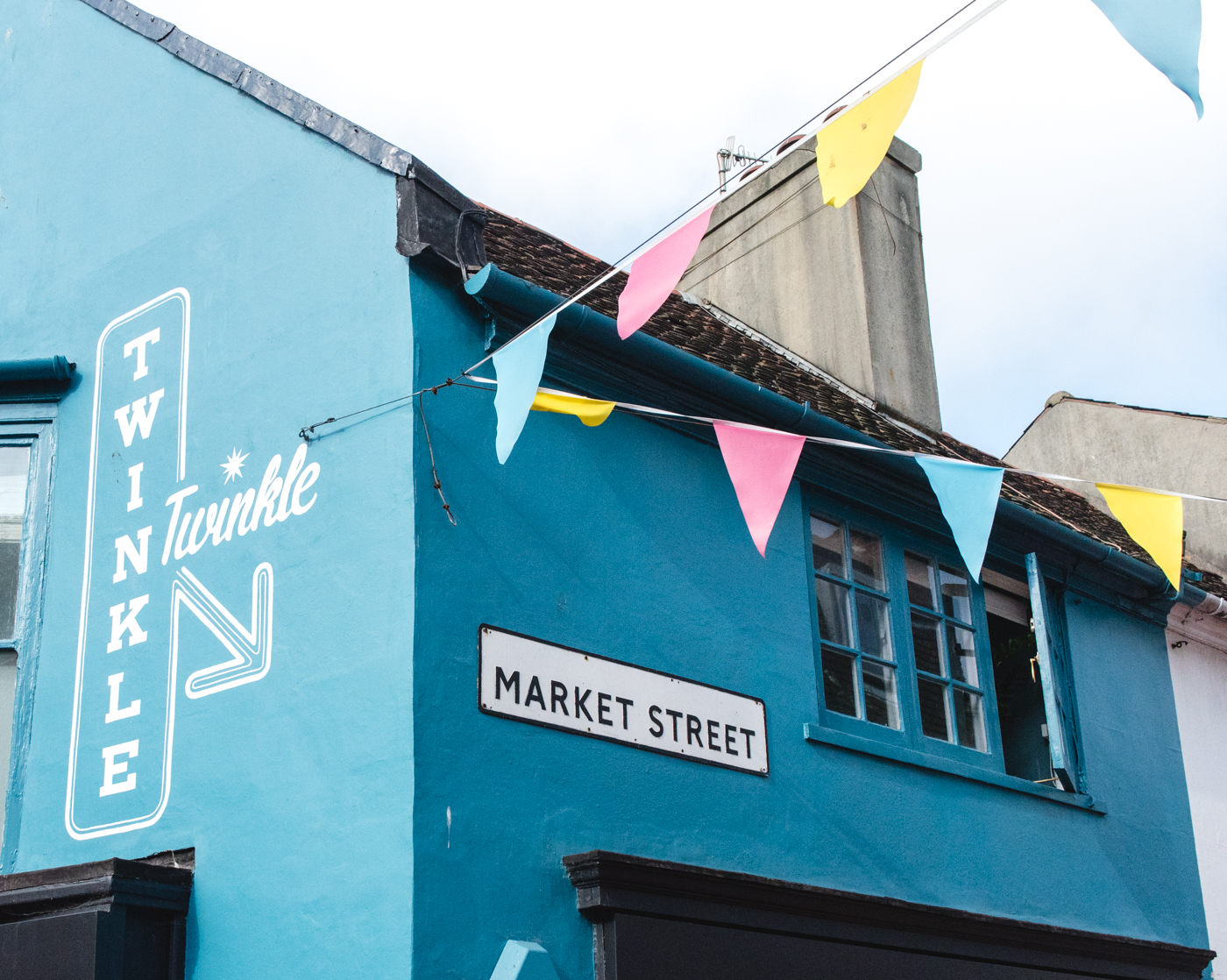 One of my favorite things about traditional British pubs are the overflowing window boxes of flowers; It seems to be a common feature! 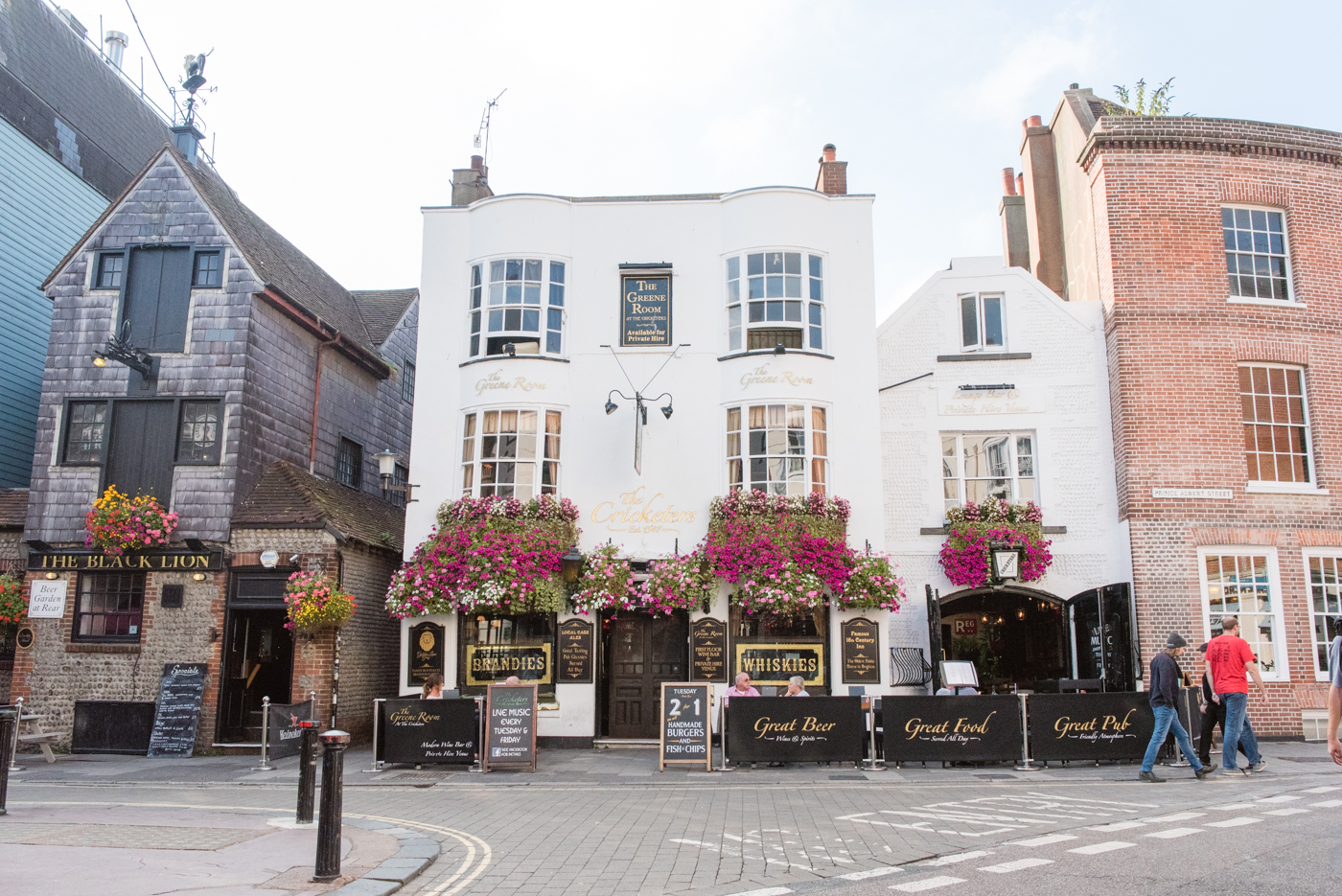 The biggest surprise about Brighton was the Royal Pavilion. The architecture was shockingly different from its surroundings, and to me it looked like an Arabian palace from the animated movie Aladdin, which does not fit with my idea of the UK. After some research, I found out that the architectural style is Indo-Saracenic Revival. The best explanation for how on earth it came to be is from the Khan Academy website:

“The ostensible aesthetic randomness of the Pavilion is best comprehended as the material expression of the profligate and rebellious life of its extraordinary benefactor, the Prince Regent, the future George IV, undoubtedly the greatest royal patron of the arts since King Charles I. A man of easy wit and charm, as well as political indolence and questionable morals, the Prince was the touchstone of style for the fashion-conscious Georgian elite of the day.”

Apparently, the interiors of the Pavilion are very Chinese-inspired, but we decided not to pay the entry fee, because we’re cheap and also because the UK is very expensive. 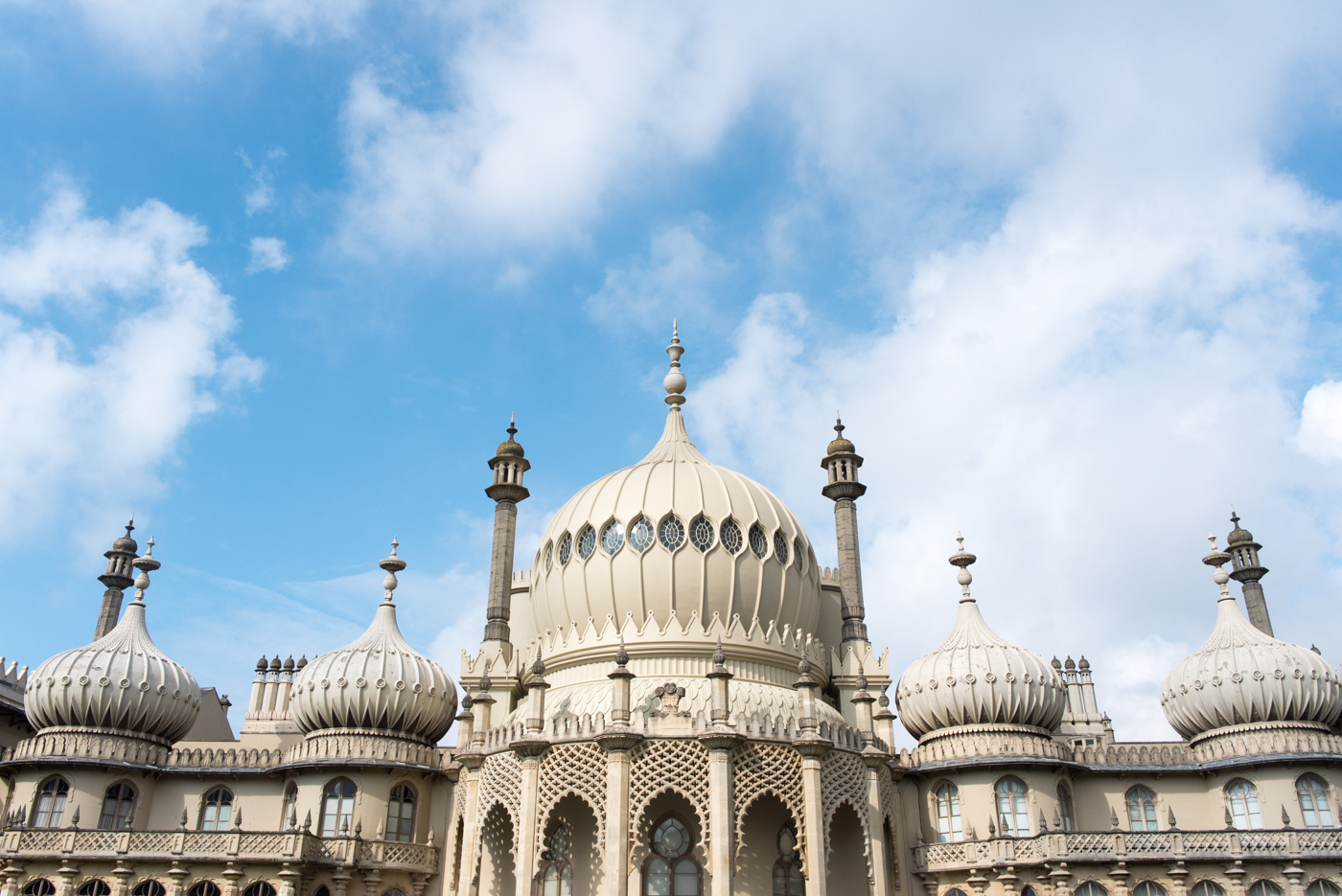 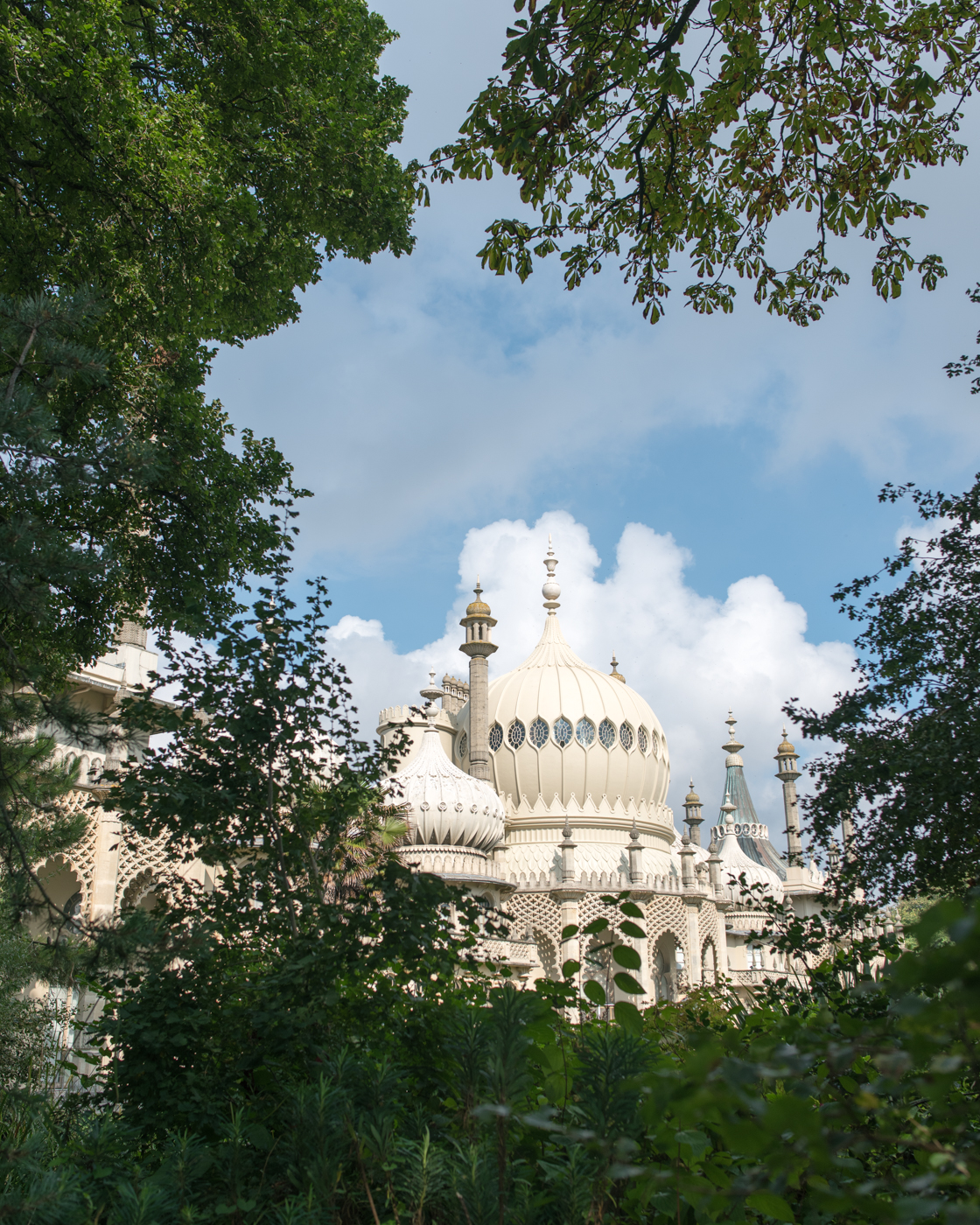 The last thing we did that day was visit the beach and take a stroll along the boardwalk. It reminded me of summer days spent in Santa Monica when I was younger, but of course with a more refined British vibe. The ornate white railing was so cute, and way more interesting than the simple wooden fences I’m used to. You can certainly tell that Brighton used to be a slightly more aristocratic seaside town. 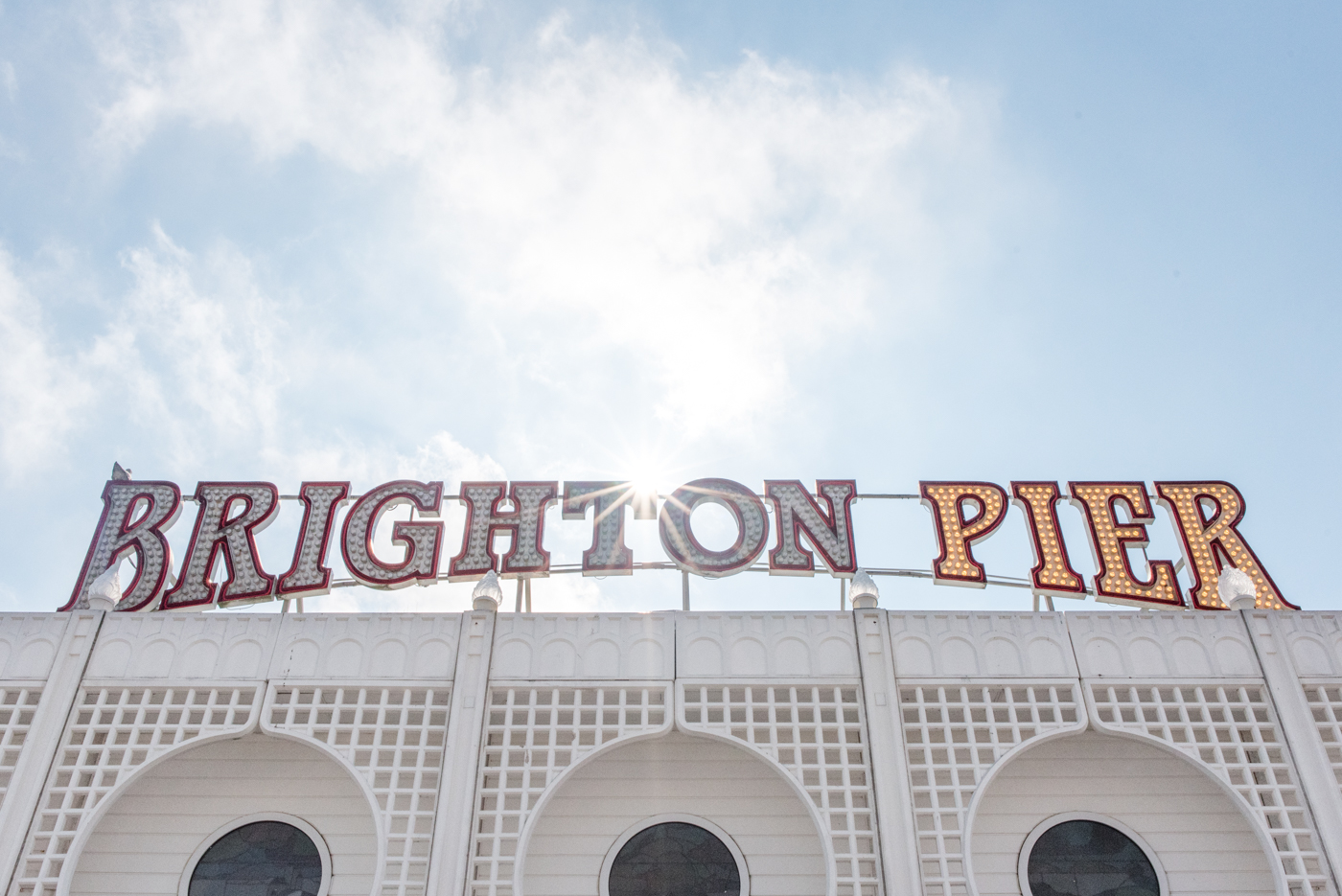 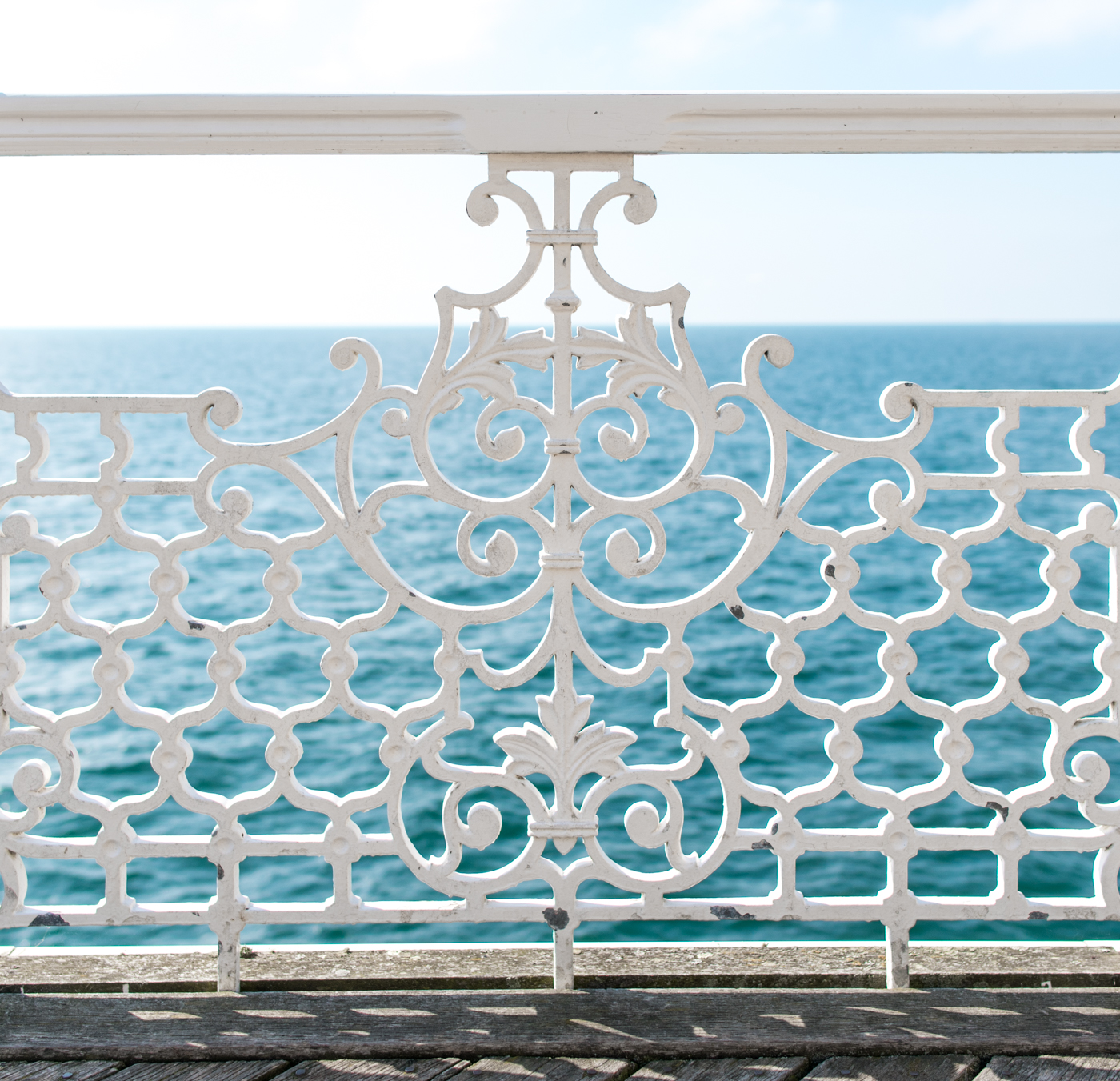 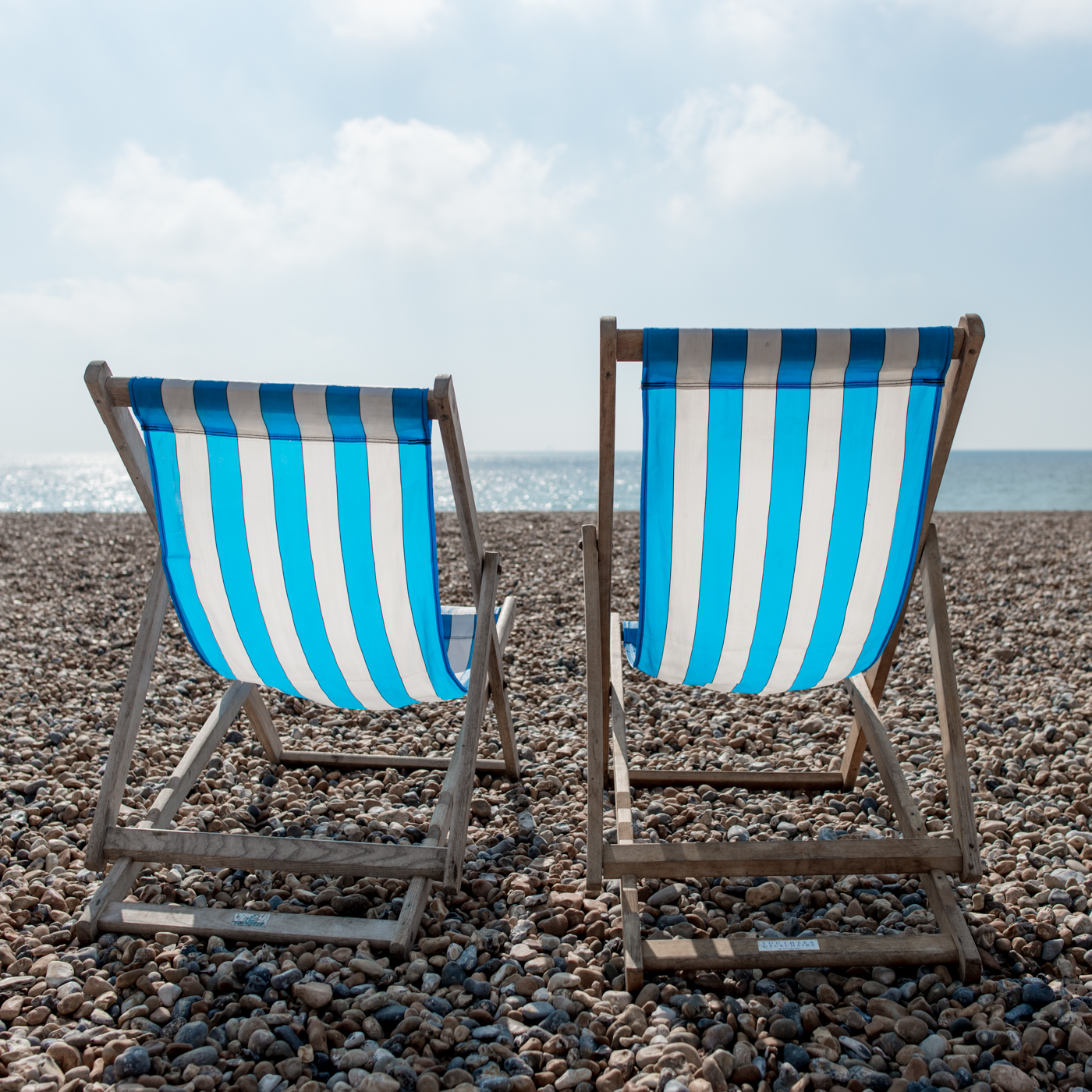 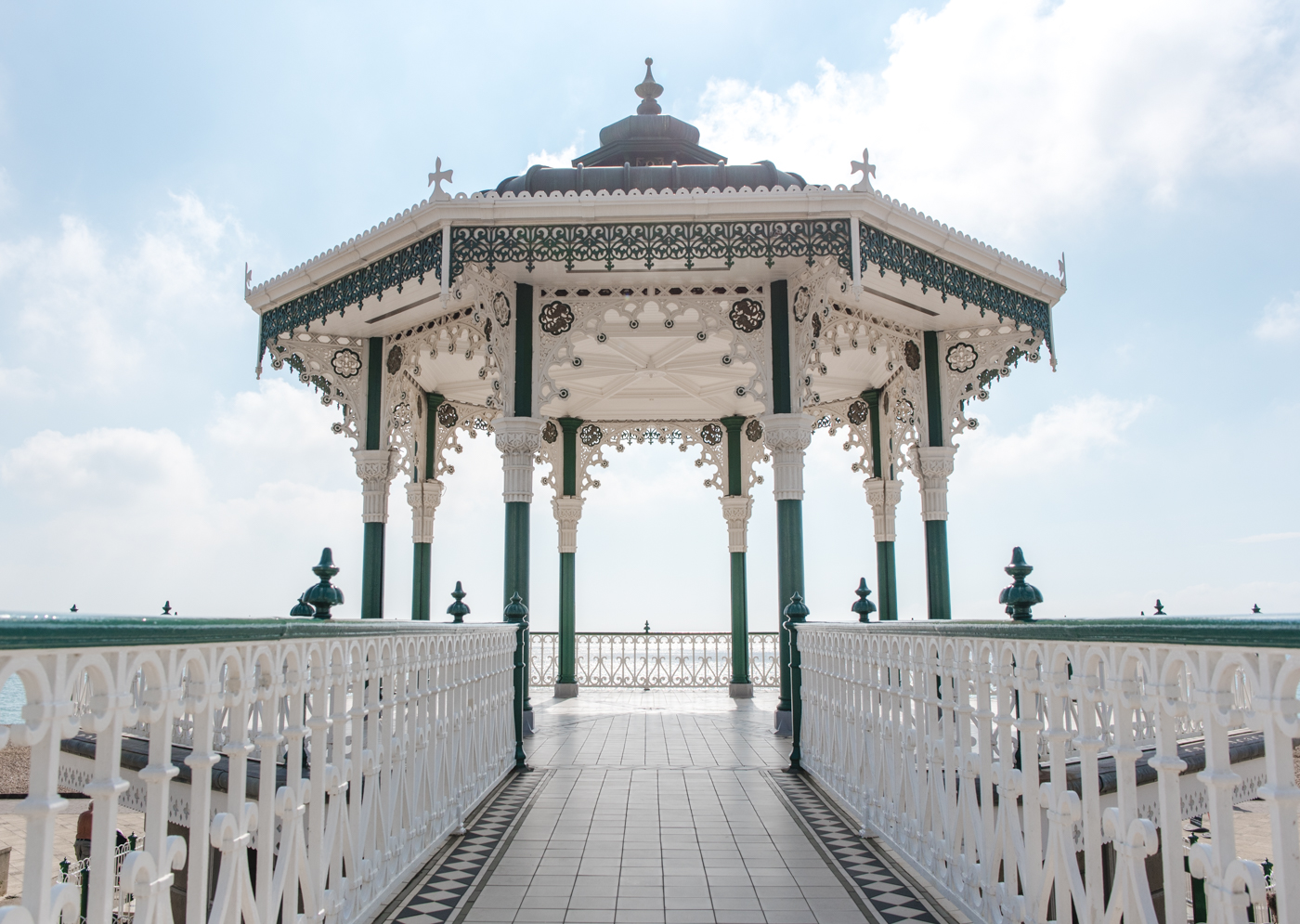 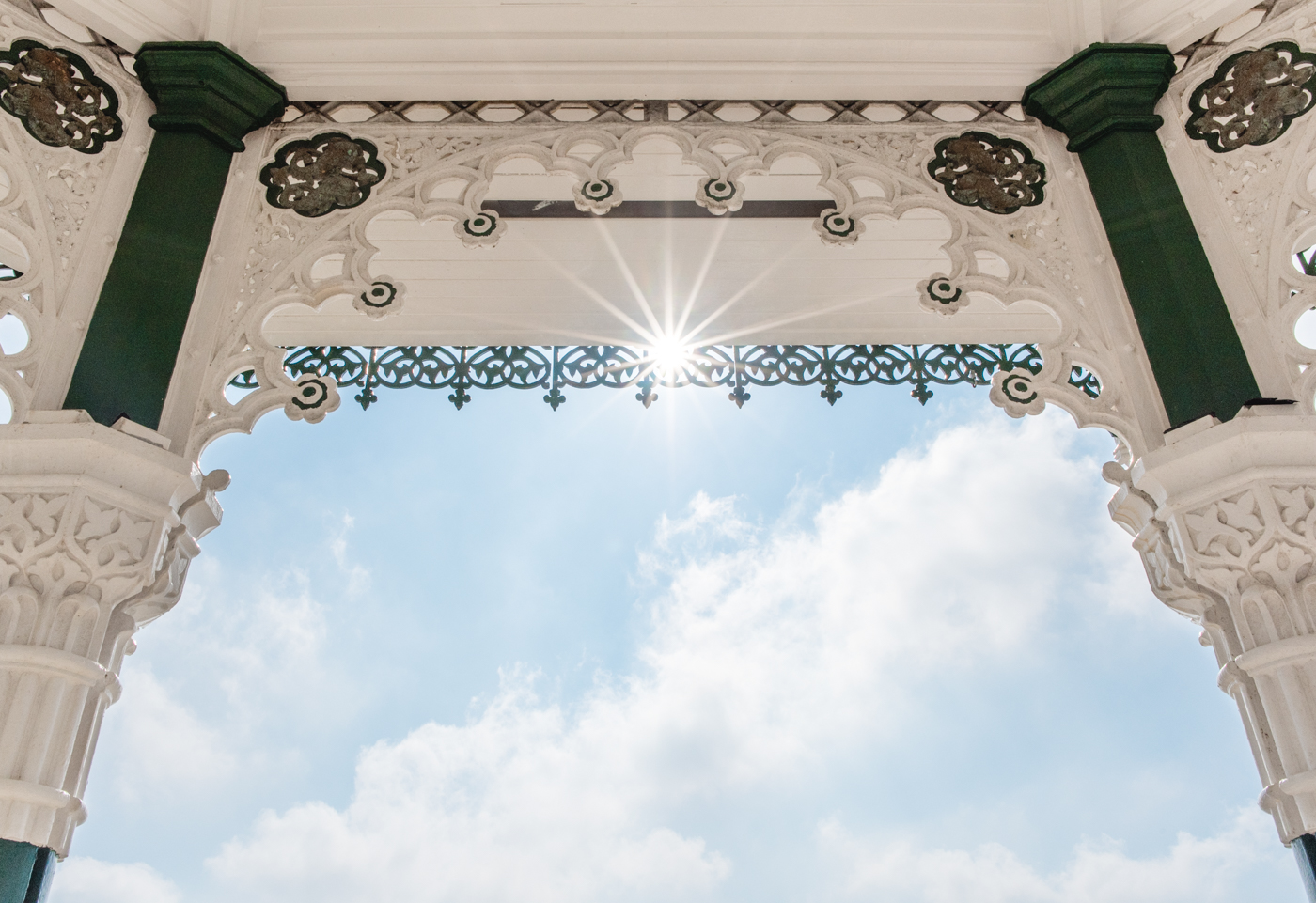 It only took about an hour to take the train from London to Brighton, so I’d highly recommend it as an easy day trip!

Up next, I’ll share a blog about our time in London, as well as our amazing trip to the Harry Potter studios!