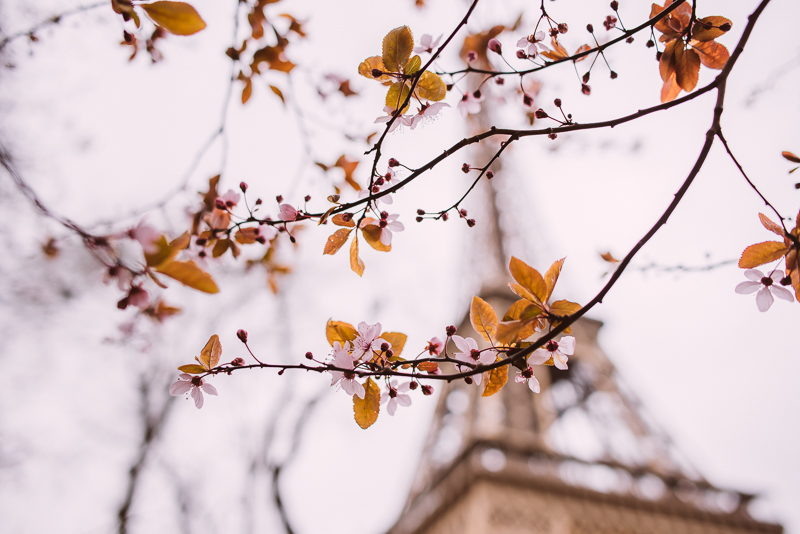 The last time I took the elevator up the Eiffel Tower was 3.5 years ago and after that, I swore I would try my best never to do it again. Doing it once is enough, I thought, and who wants to deal with the pickpockets and con-artists that lurk below, the long lines and cramped elevators, the sheer tourism of it all?

But then I found myself accompanying a friend to the tower on Monday. She had a free ticket and after some indecisiveness, I decided to take advantage of the free entry. Honestly, I was not really looking forward to it. The main reason I wanted to go was to take some pictures of the brand new cherry blossoms making their early appearance for Spring. I accomplished my goal and ended up getting some amazing shots of the blossoms – blurred Eiffel in the background – but I also managed to have a good time.