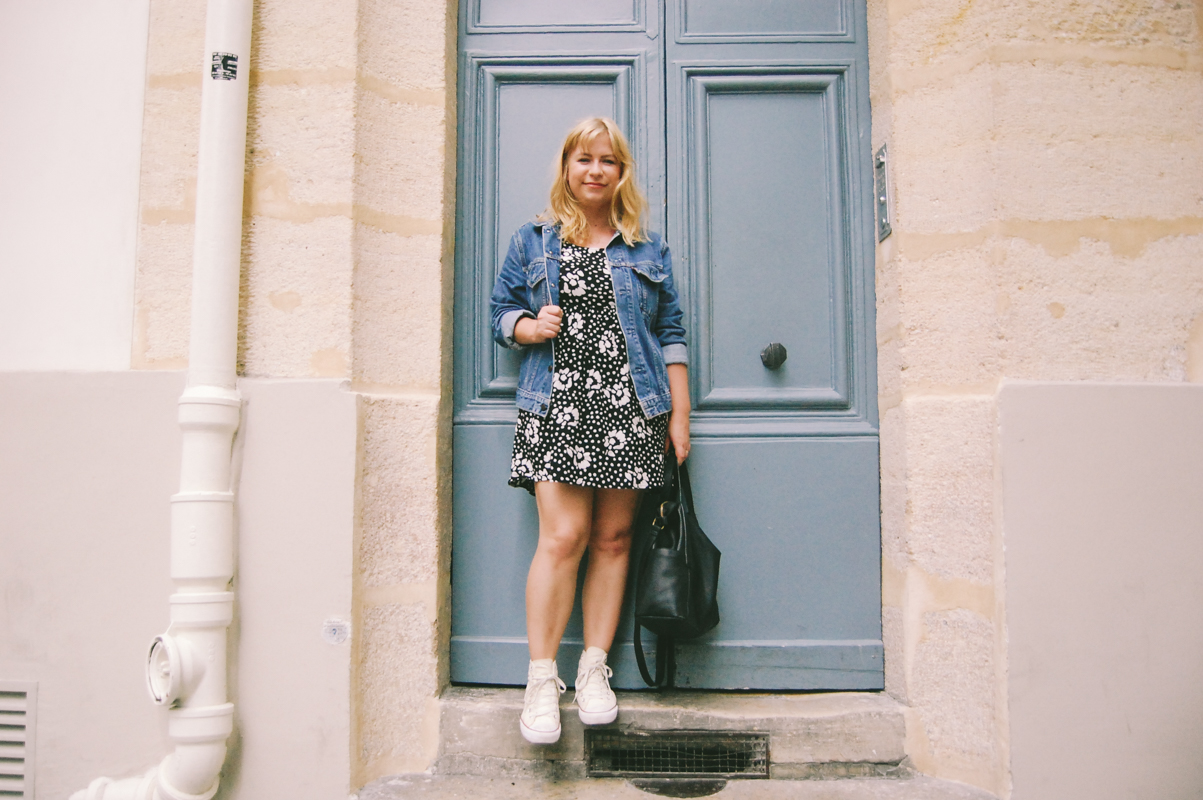 If a Levi’s classic-blue denim jacket and high-tops don’t say American, then I don’t know what does.  Add to that the fact that I had just stuffed my belly full of  honey mustard chicken sandwich and root beer at Breakfast in America, and I think I deserve a prize.

This has been an easy outfit choice lately.  It’s comfortable, no-fuss, and breathable for when the sun gets warm.  I just hate getting blisters and sore feet from wearing heels, and even more so, getting stinky flats from going sock-less on hot days.  That’s why sneakers are so nice – they allow me to wear socks, and they don’t pinch my poor, wide, Flintstone feet.