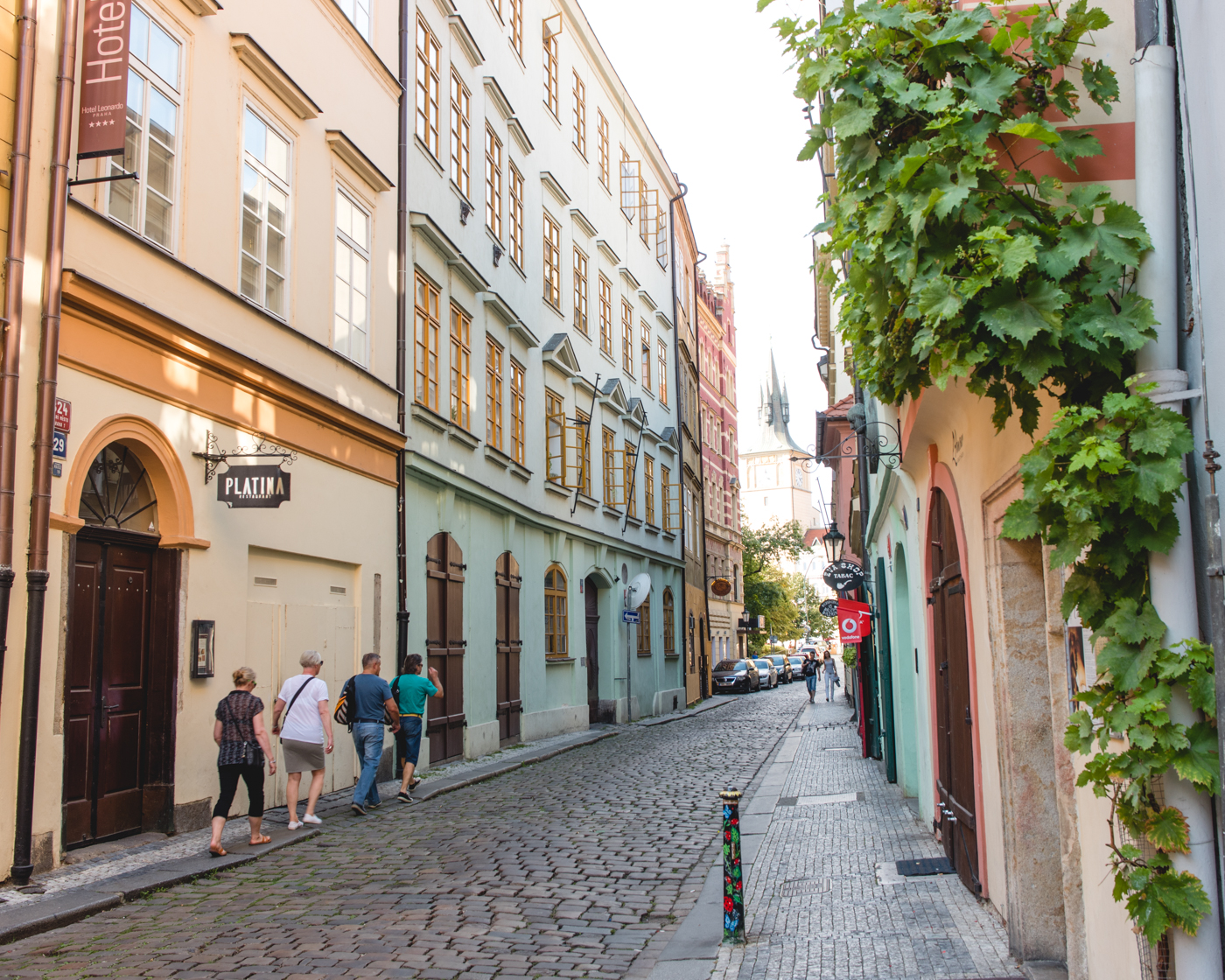 Prague was beautiful and special, but I realized something while I was there. I’ve lost my sense of wonder when it comes to travel, or at least travel in Europe.

Voyaging outside of the United States used to be this incredible thing, this amazing opportunity that was almost too fantastic to believe. I remember on my first few international trips having intense butterflies in my stomach and actually squealing audibly while reading guide books and planning out my adventures. I remember watching Samantha Brown’s Passport to Europe and sighing dreamily as she visited Copenhagen or Paris or Vienna. Visiting these places was like a dream come true.

Now, however, that feeling has dwindled, and I noticed this conspicuous lack of excitement on my recent trip to Prague.

Of course Prague was beautiful and special and interesting. But out of the 4.5 days we were there, I only took out my camera a handful of times and I found myself tiring very quickly. The streets were pretty, but I’ve seen similar streets before. The church architecture was lovely but I’ve seen hundreds of others like them. I’m not sure if it’s due to the fact that I’m SO mentally ready to move back to California to be closer to my family, friends and everything familiar, but my European travel high has ended.

I probably sound ungrateful to those of you who yearn to explore Europe, but I think just like everything else we use to occupy our time, just like every other activity, after a certain amount of time, it looses its initial lustre. Plus, traveling is simply physically exhausting.

I think it’s time to put Europe on pause for a while. After I leave I think I’ll turn my focus towards other parts of the world, Maybe some more “exotic” locations like Bali, Japan, South Korea, South America… Europe is such a tiny part of the world, there’s so much more left to discover.

But for now, let’s get back to my Prague trip.

I booked this trip as part 2 of a birthday present to my husband for his 30th birthday. Part 1 was a brand new Xbox, and I’m not joking when I say the trip to Prague cost less than the game console. That’s the first thing I like about Prague – how cheap it was. Of course, I have a slight advantage being already situated so close to the Czech Republic; the flight only took about an hour and only cost 130€ round trip for 2 people (that’s literally 32.50 one-way: less than a tank of gas in the US).  If you’re trying to save money but you want to see all of Europe, take a month-long trip and you’ll save so much money on travel within Europe. 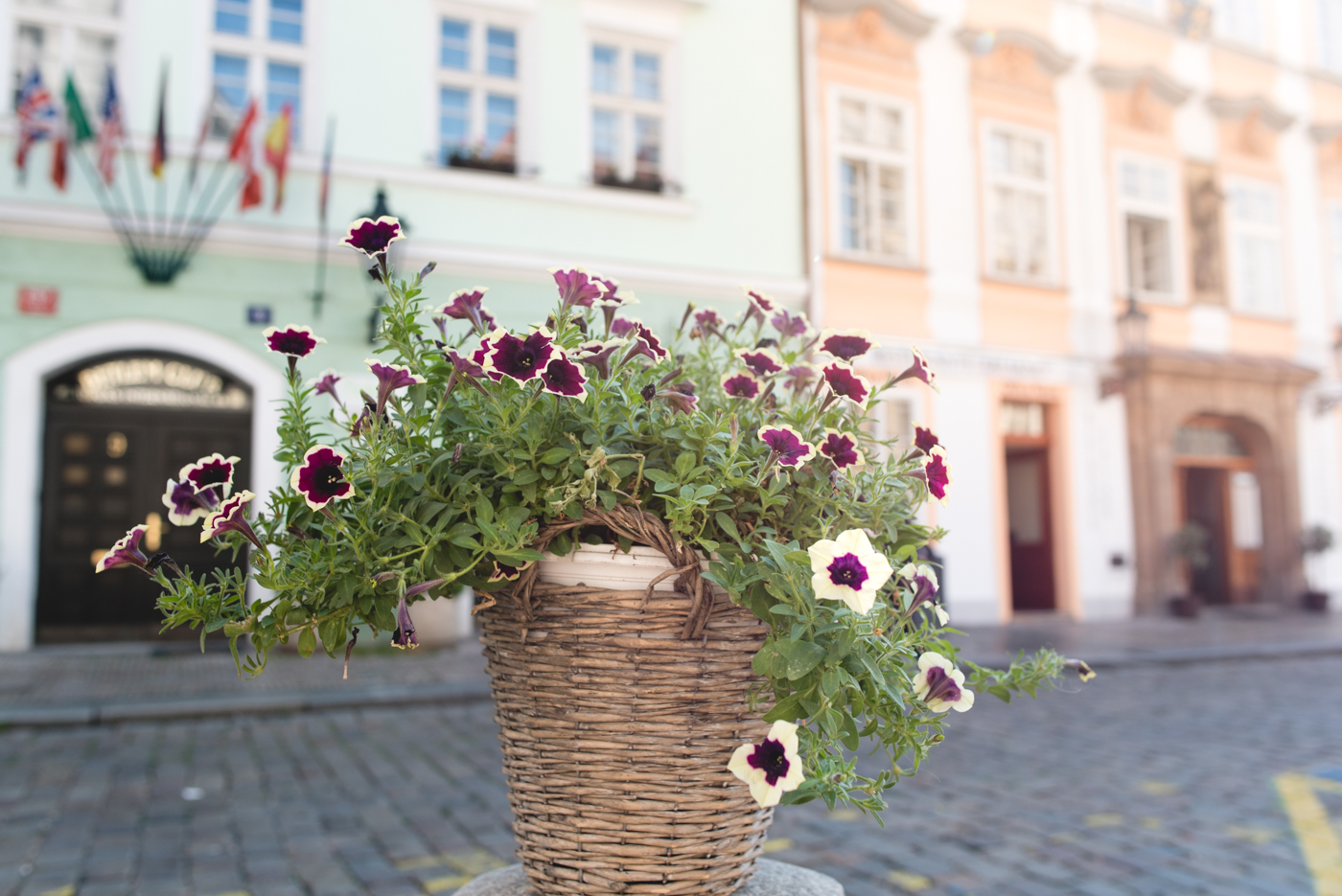 The first thing we did was get some food. I searched online for restaurants with traditional food and local Czech beer, and the first place that stood out to me was called Pivovar Brewery. They’re known for their herb-infused beers that they brew in-house, and their wild boar goulash with dumplings was wonderful. We went to a few more traditional restaurants while in Prague, and to give you a picture of traditional food, here area few buzz words: gravy, meat, dumplings, potatoes, sauerkraut, and more meat. This town isn’t exactly great for vegetarians/vegans.

Oh yeah – and I can’t publish a post about Prague without emphasizing BEER. There’s beer everywhere, this city lives on beer, this city IS beer. I’m not a huge fan of beer myself but I made sure to test out quite a few different Czech brews. The only one I really liked was called Staropramen Lemon, but I probably only liked it because I think it was mixed with lemonade. 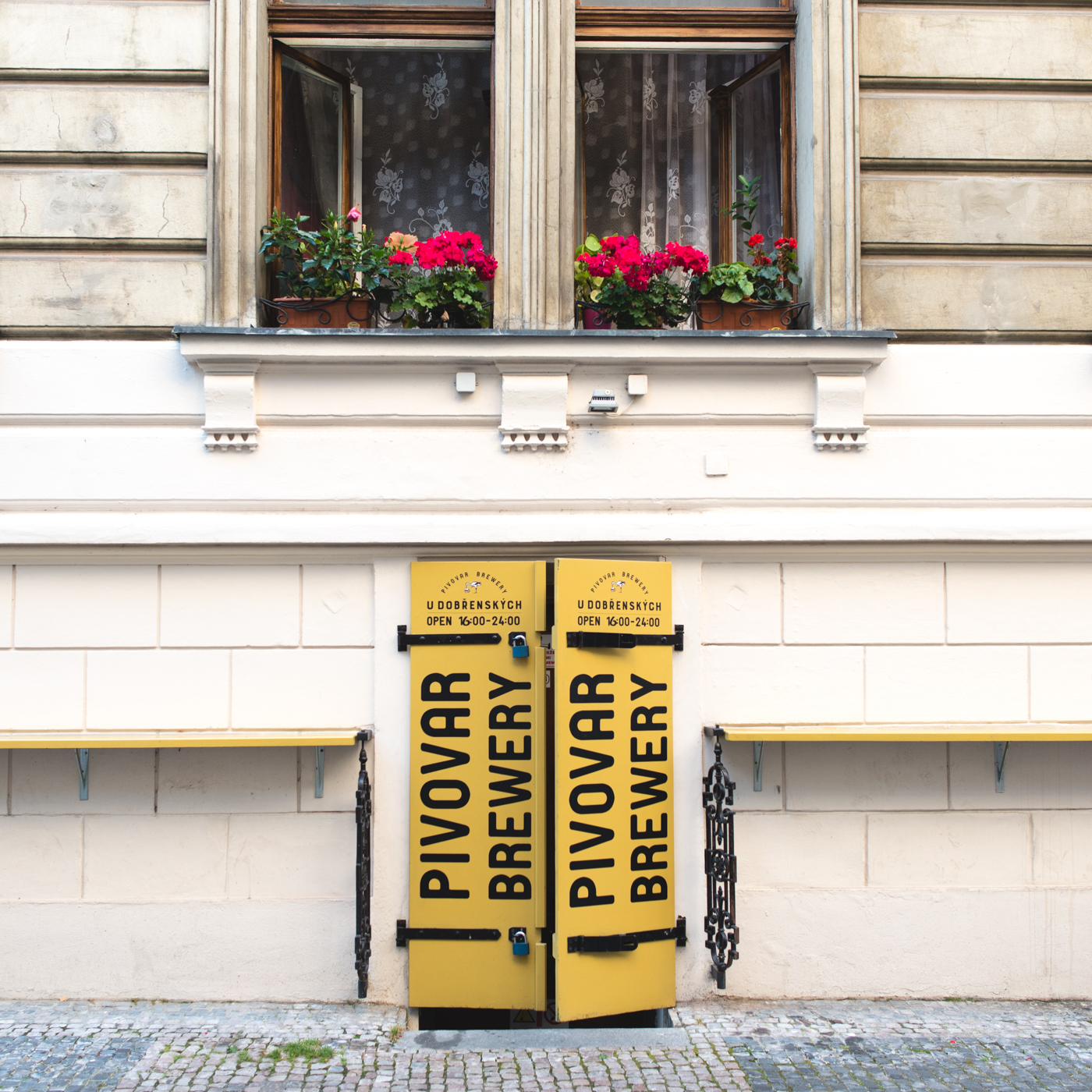 The restaurant below was more preoccupied with wine than Czech beer. Notice the sign that reads, “Soup of the day: WINE.” 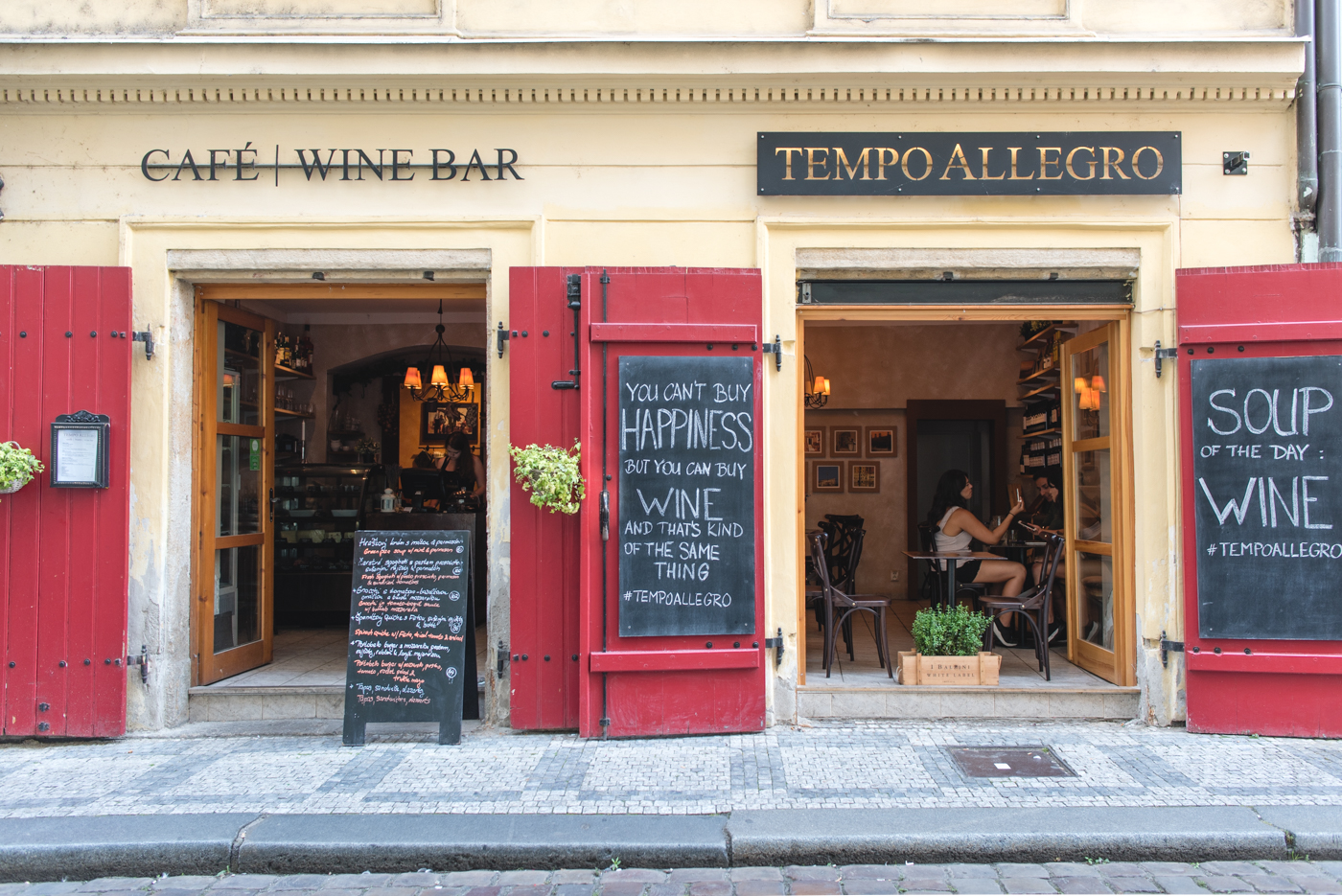 The only place in Prague that I felt a small tinge of wonder and amazement was in the Old Town Square. We arrived at the start of Golden Hour, when the sun is starting to set, and all the colorful buildings looked lovely, as did the intricate medieval clock. I loved seeing a mix of mostly baroque buildings with a smattering of gothic thrown in, and I loved how colorful it all was. You rarely see such color in Paris, only perhaps on the instagram-famous Rue Crèmieux. 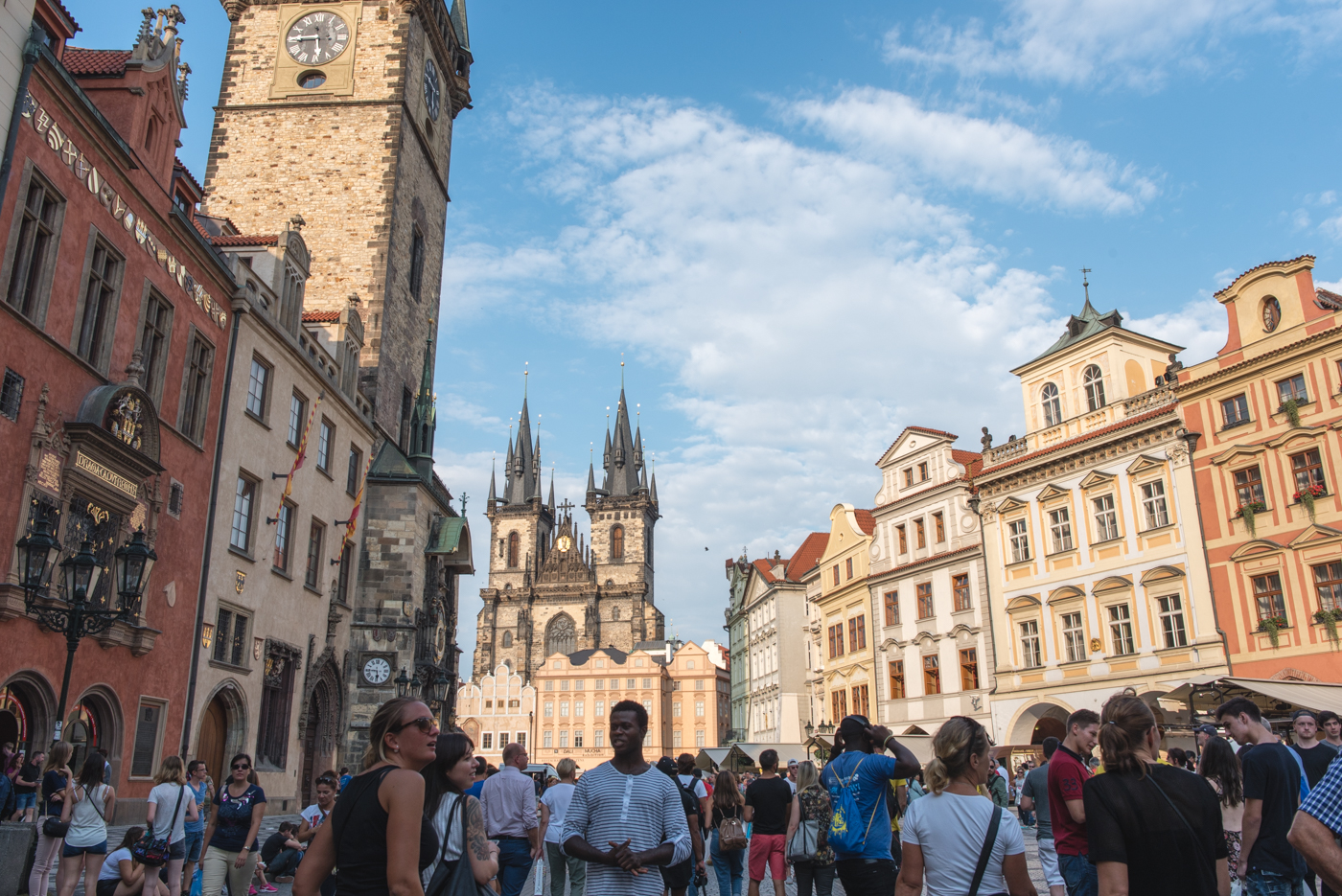 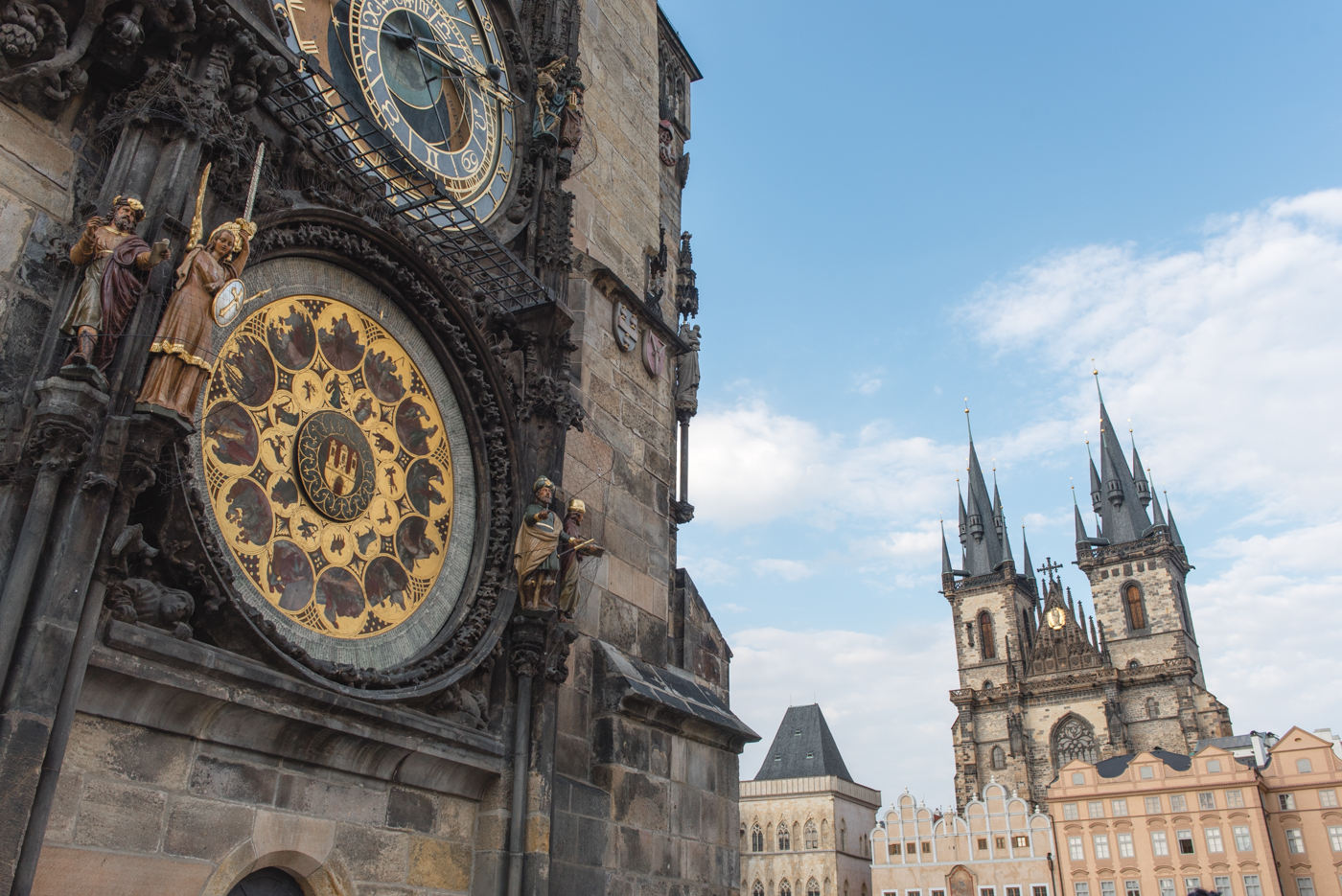 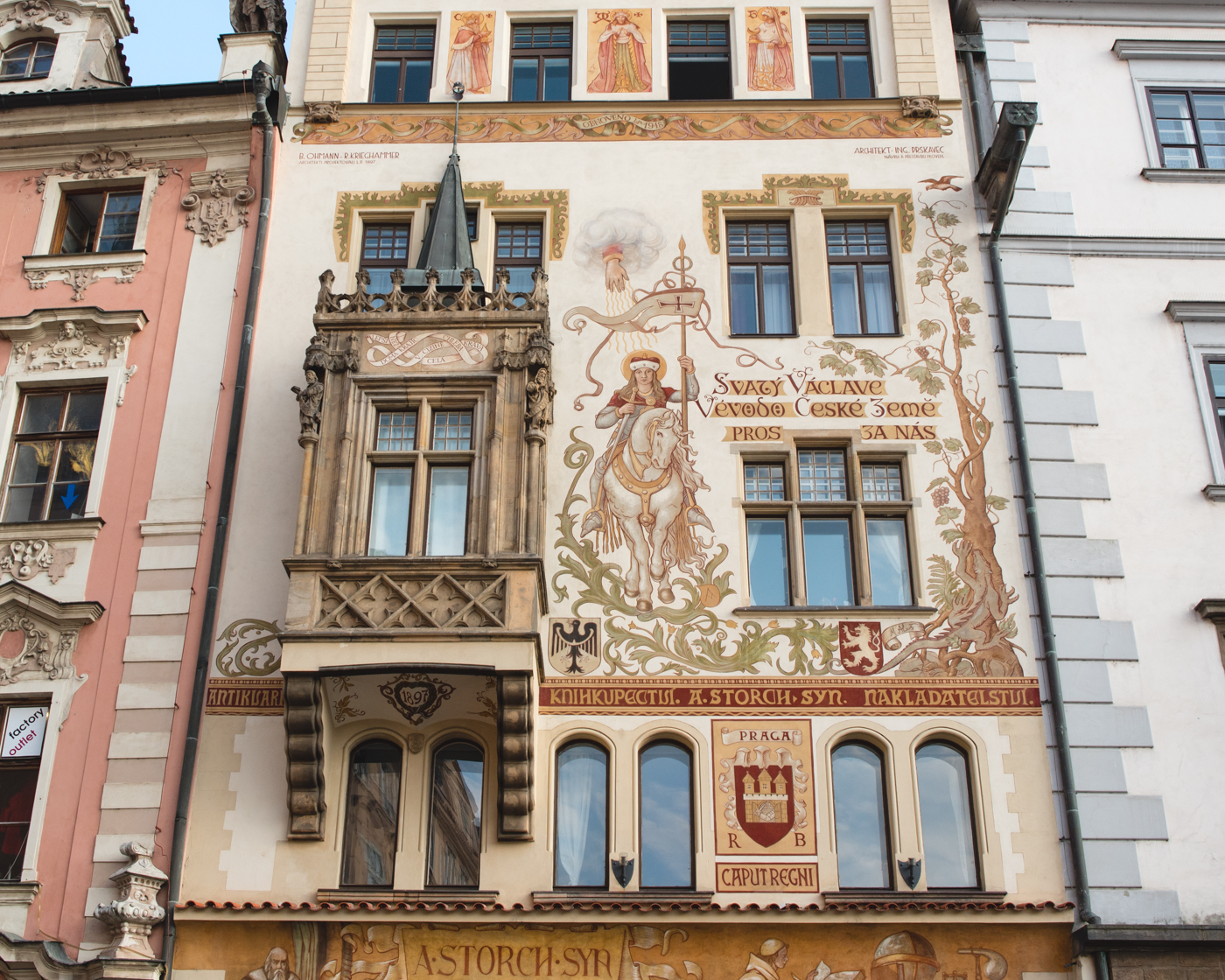 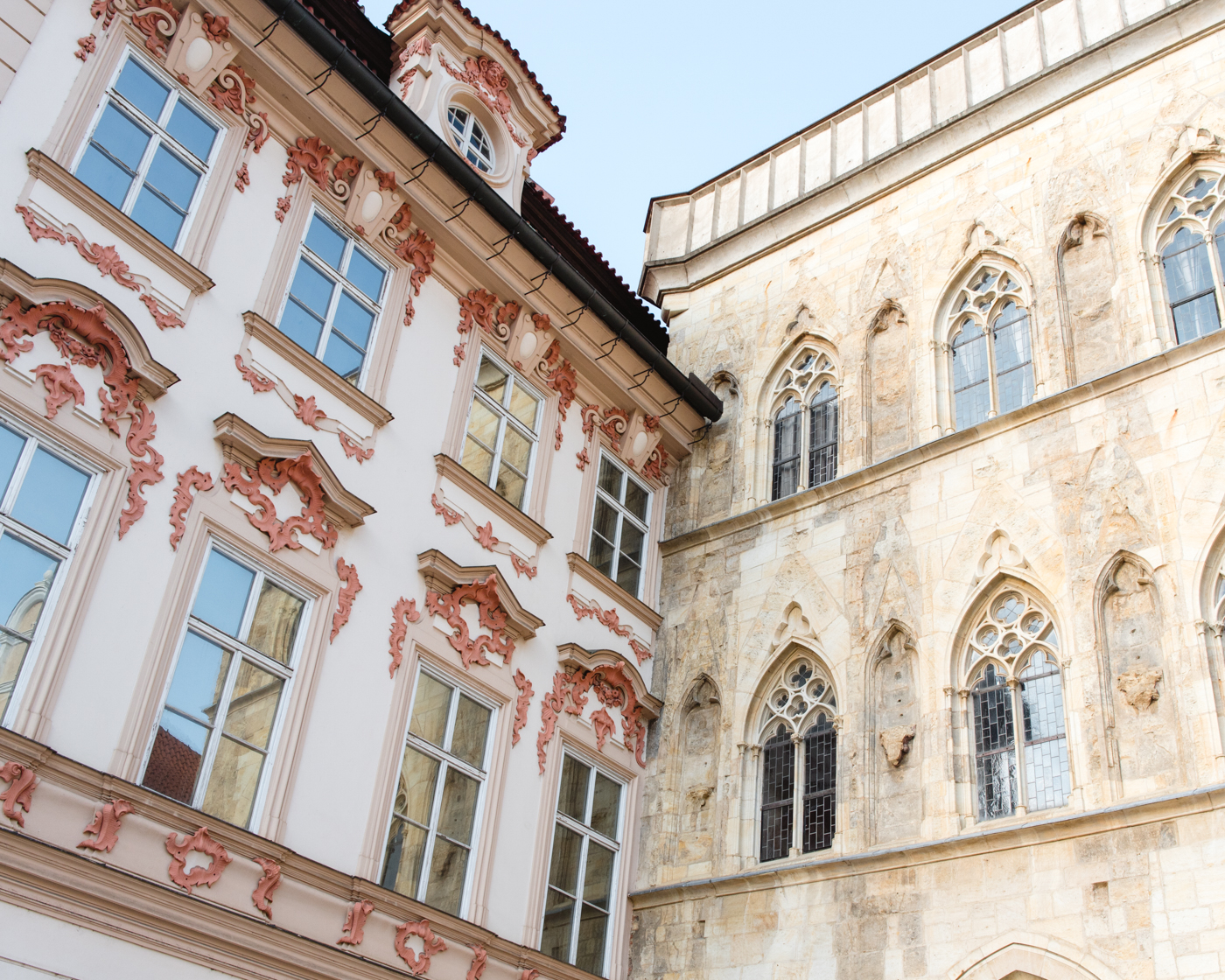 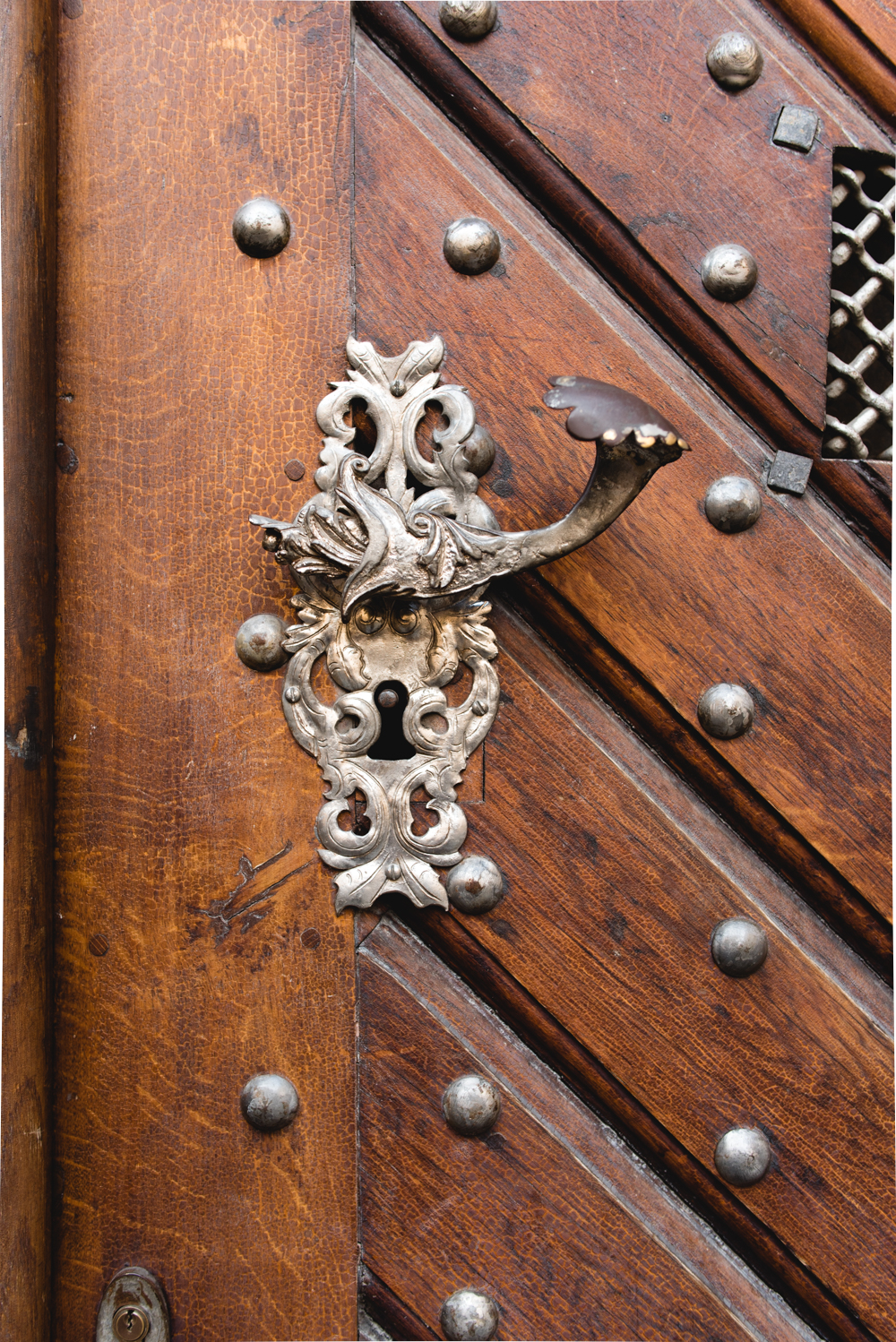 Next, we walked over to the riverbank. I have to say the lighting was gorgeous. I think this first evening in Prague was my favorite time of the whole trip, and we were able to see so much already. 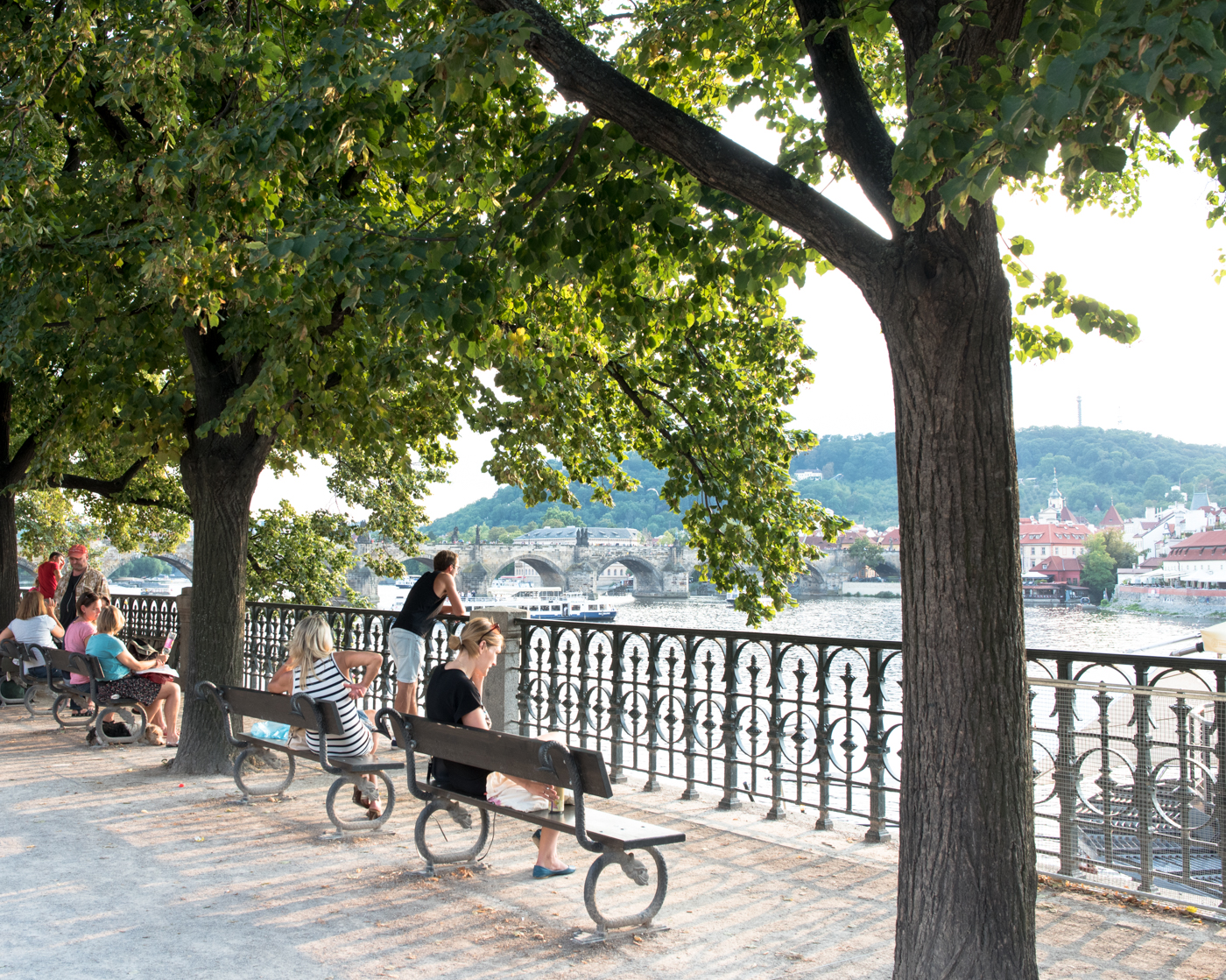 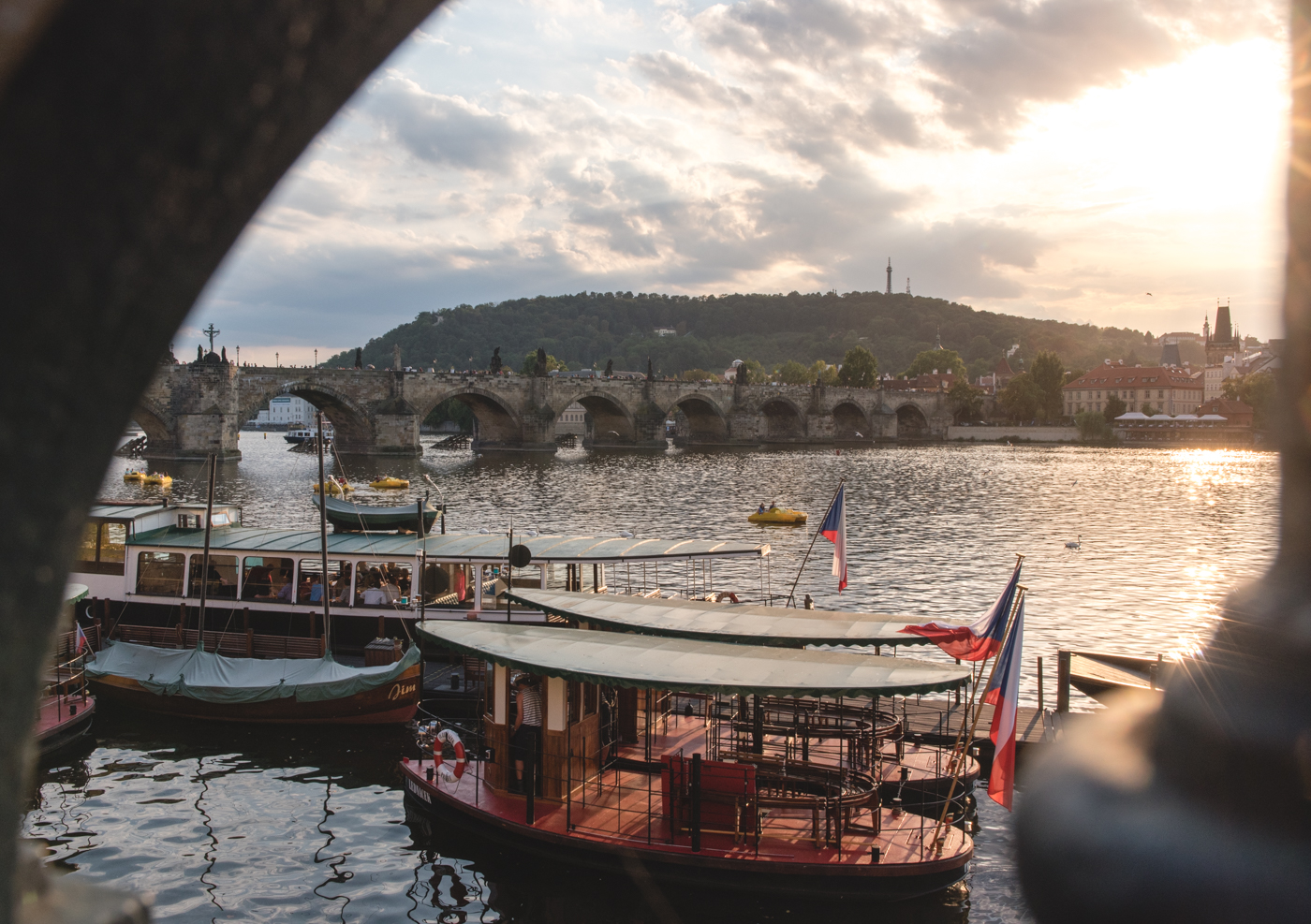 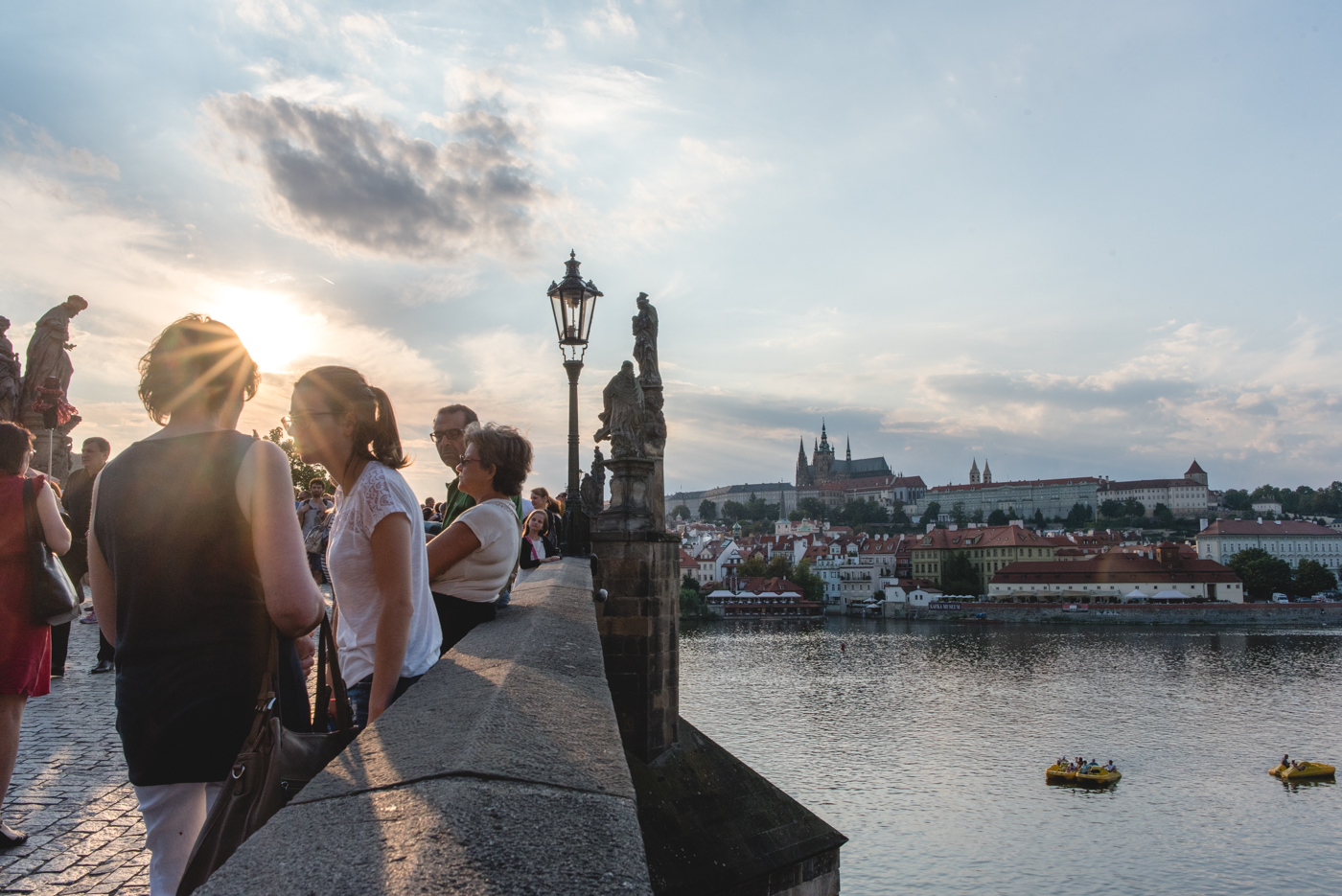 The next day we went to the castle complex on the other side of the river. There are some great views from Charles bridge of the castle looming ahead. It was quite a long trek getting up there, and the main attraction for me was St. Vitus cathedral. 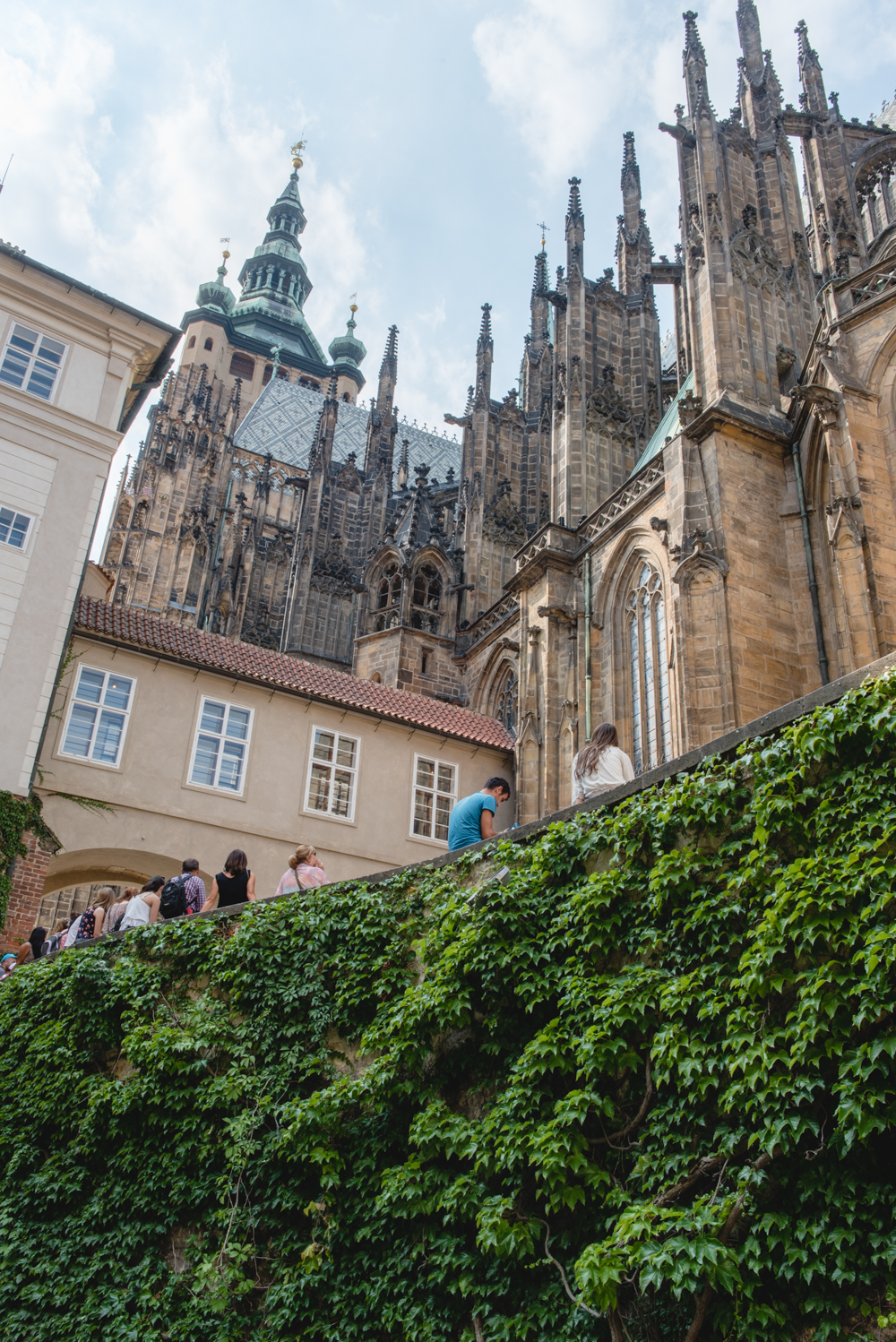 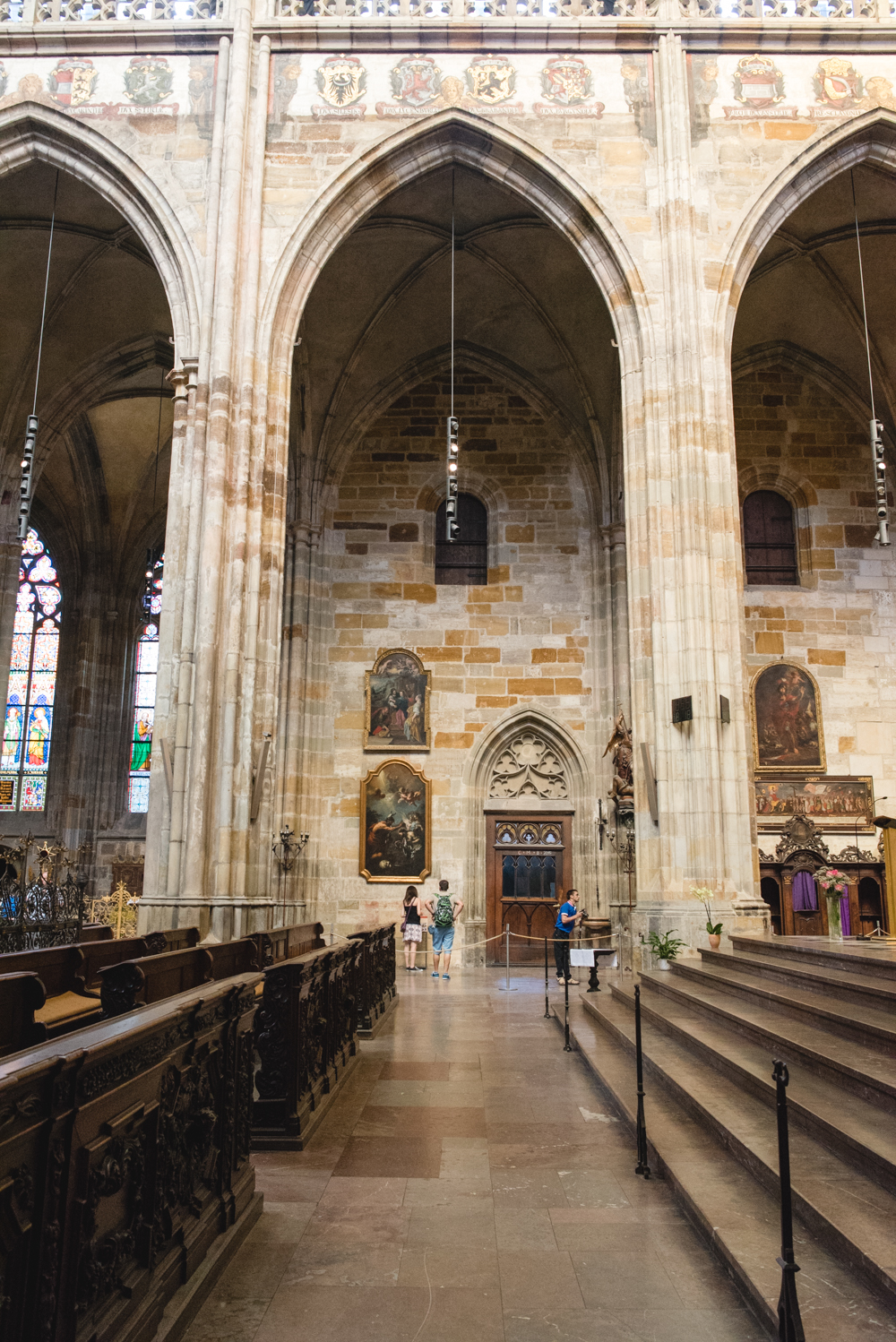 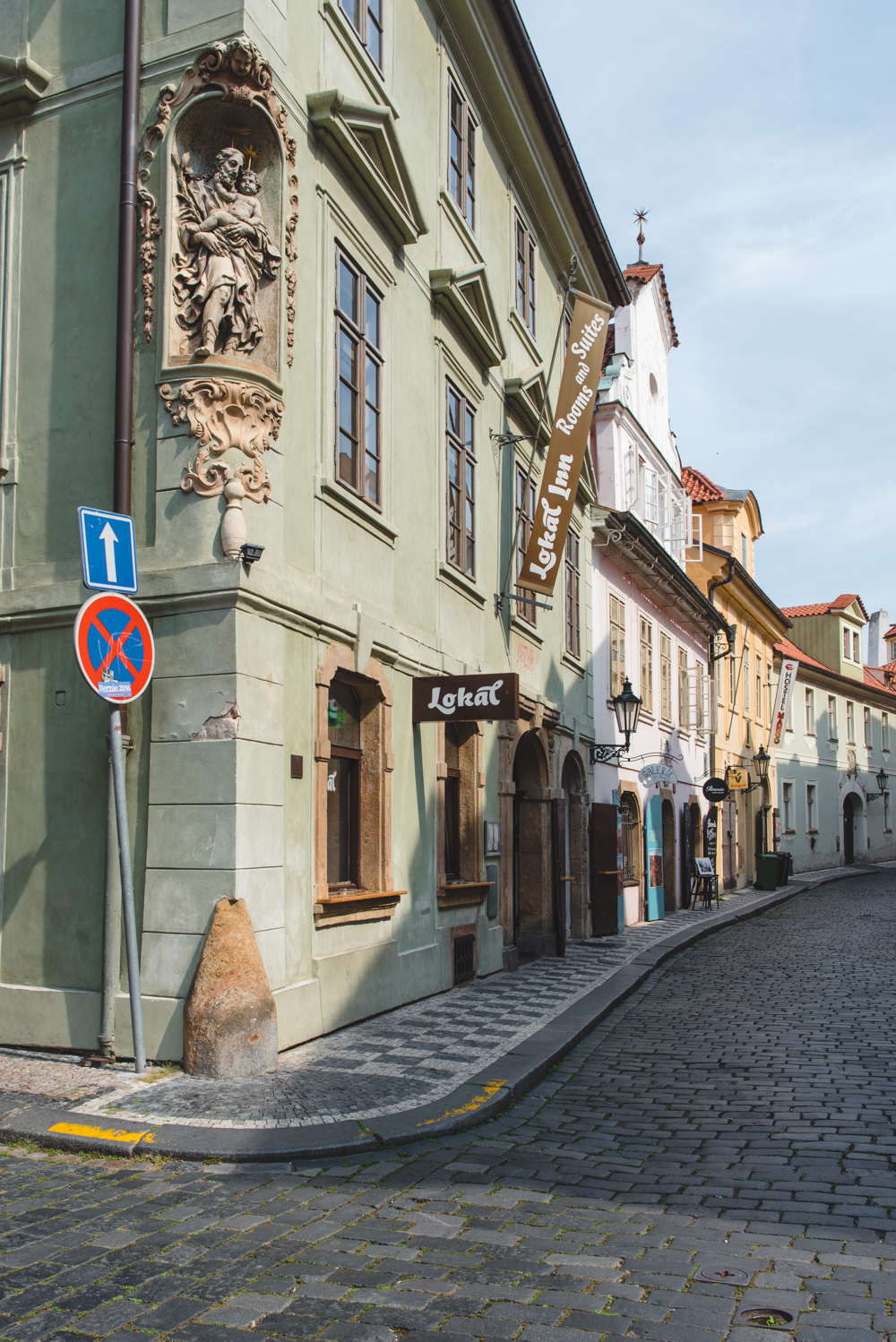 On our last day we decided to do something a bit different. We went to Vsehrad, which I thought was going to be a castle, but it was more of a fortified town which included a park, a church, a cemetery and some other random buildings. I wouldn’t say it was the most interesting place we saw on our trip, but it was peaceful. There were tons of kids playing in the park nearby, and they were selling beer underneath a tent on the lawn. It was nice to see local life taking place.

I was really attracted to these colorful cathedral doors, and so were these two older ladies walking past. 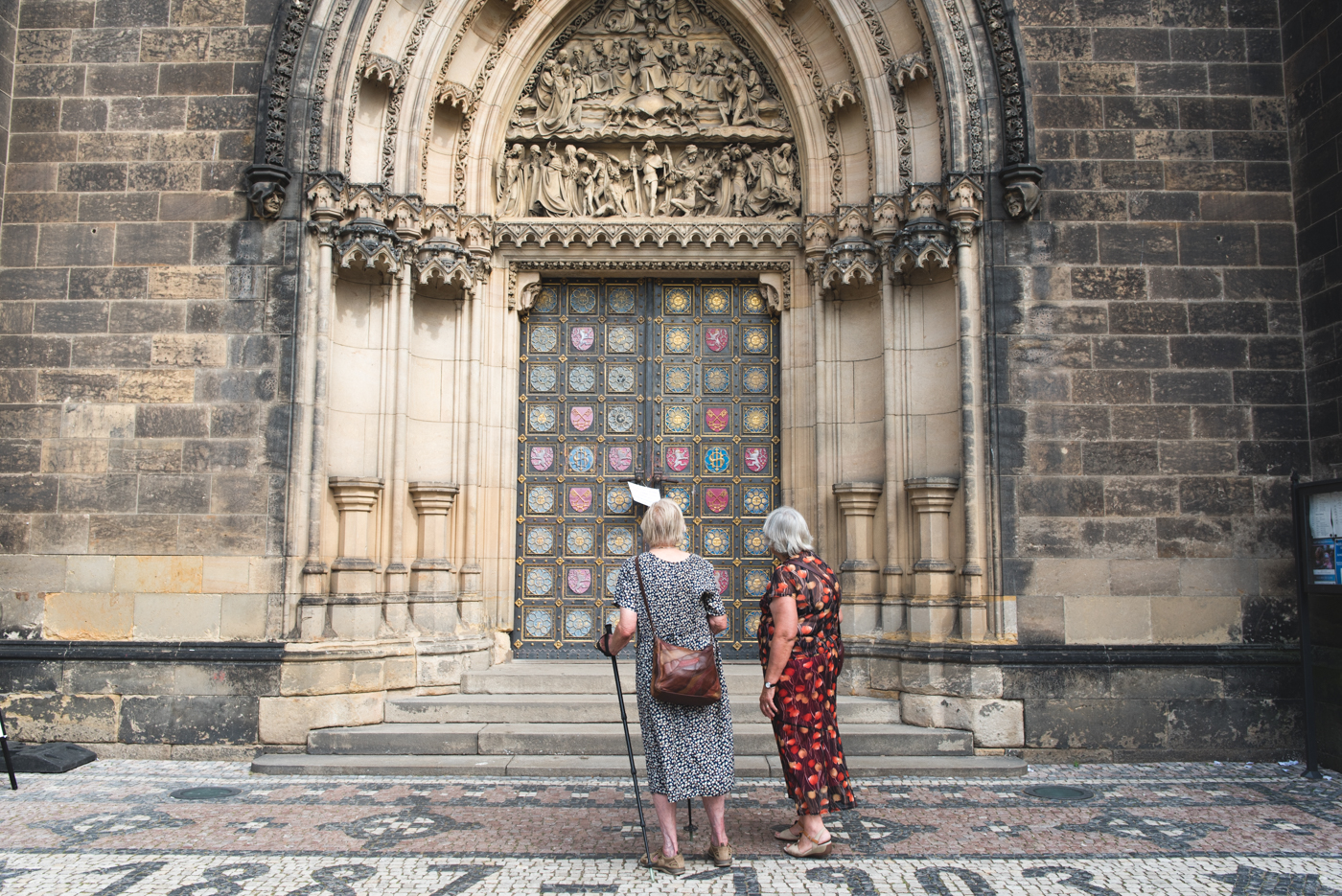 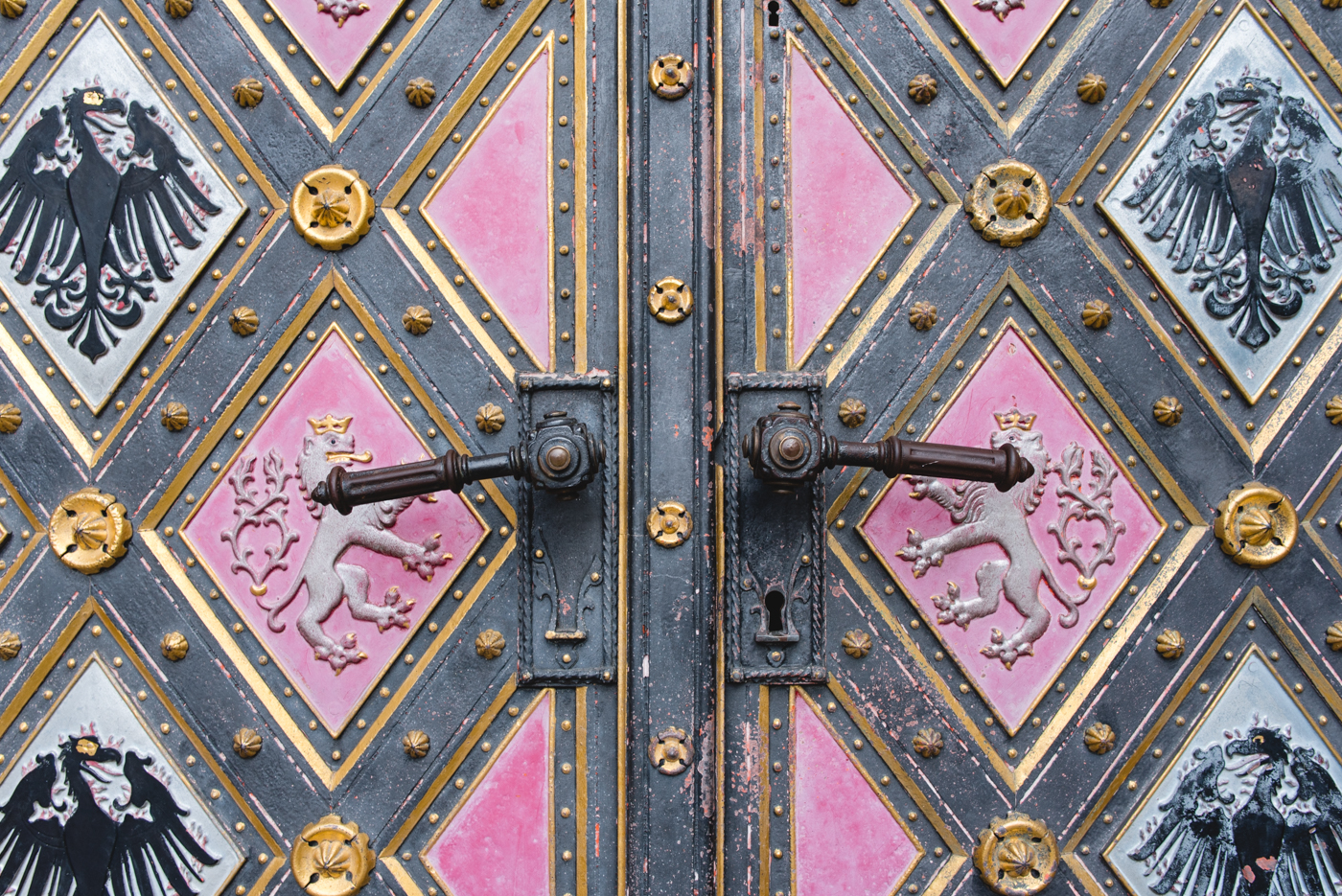 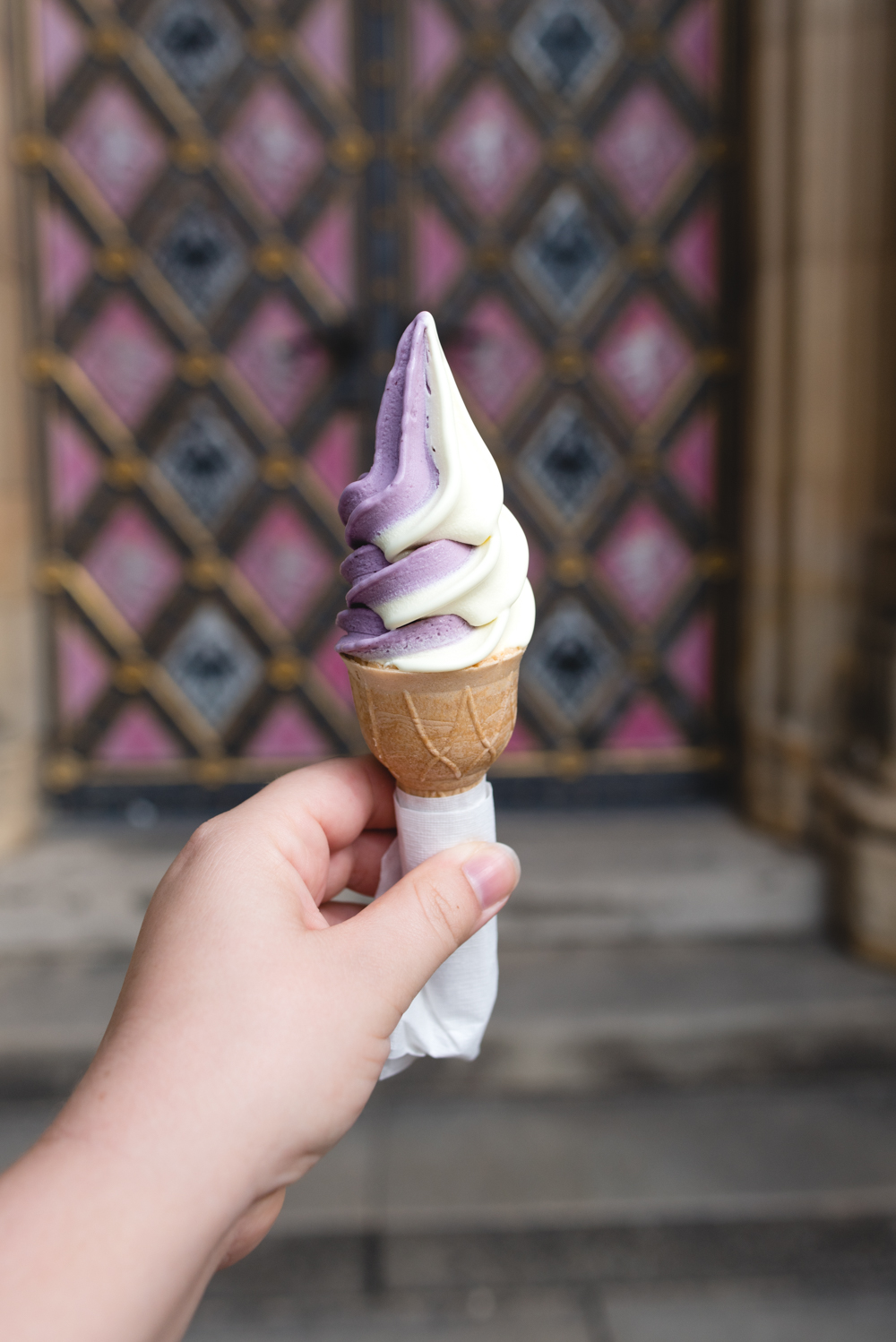 After a cone of soft-serve ice cream, we noticed a little doorway that looked out onto a pretty great view of the river beyond the city. I didn’t realize we were so high up, so it was a bit surreal when I peeked through the door and saw such a large expanse of open space. 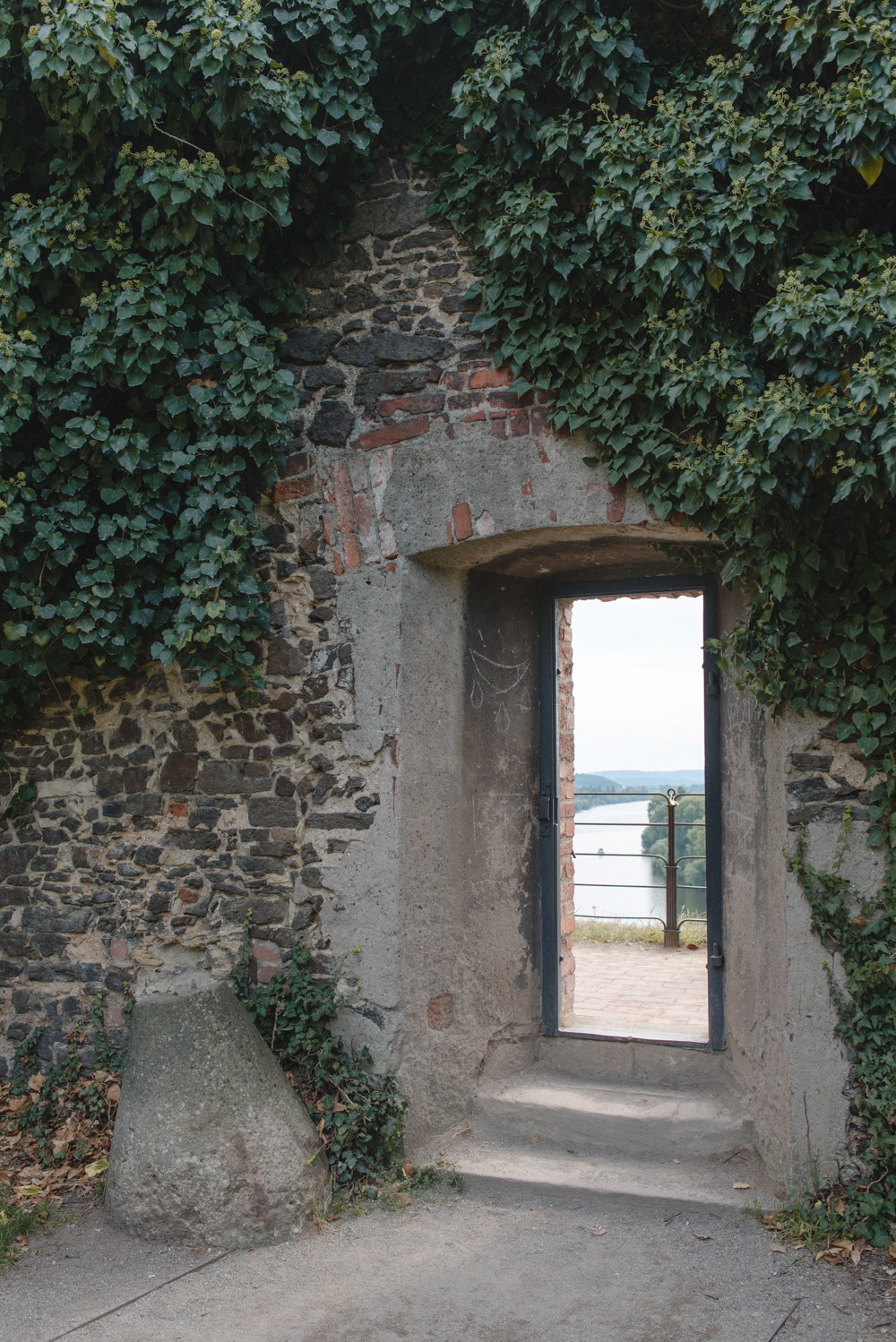 We stayed in an Airbnb outside of the city, but it was extremely easy to get to and from the airport, as well is in and out of the city center. I’d recommend anybody to stay in the same place, especially to save even more money. Here’s the link.

Aside from being tired of Europe, I think another factor that actually contributed to my travel fatigue was my lack of planning. I’m such a major planner when it comes to traveling, I like to know exactly what I’ll be doing and exactly how I’ll get there and exactly which type of transport tickets to buy, etc. But this time around, I thought I’d give the whole spontaneous, let things happen attitude a try, but instead of stumbling upon really unexpected and cool things, I just felt lost. I hardly had any idea of where to go next or even what the options were. Maybe if I had allowed myself to get excited in the planning process, I would have been more enchanted by the city once I was there.

Either way, I definitely can say that Prague is a wonderful place to visit, just maybe be bit cautious at night, as drugs and the sex trade are a bit more loosely controlled here (at one point we were offered a whole smorgasbord of drugs by a nice young man in the town square, HAHA! Oh, and at one point we were walking through a park and noticed a lady selling syringes to a man, and a different man on a bench was tending to a really nasty wound on his leg… it was strange to say the least. But I never once felt endangered or threatened personally.)

And on that note, I’ll end this blog! Until next time.